Ep 2685a – Good Guys Are Positioned, The [CB] Will Do The Rest
The [CB] is now pushing to destroy their own system, this is needed to push people into their new system. They will start raising rates and pushing alternative currencies down, as the economy begins to fall apart, they will push alternative currencies down hard. The [DS] is now in the process of changing the news cycle, the fake news is pushing war. Putin will not invade and will not start a war, the [DS] will try to bait him like they have in the past. But it seems they are using all of this to create the narrative of a cyber attacks on the US. The push against Russia is to coverup their crimes, think of what Russia could do to the [DS] if certain information is revealed. Everything the [DS] projected onto Trump is what they have done and now the people can see the difference, Trump created peace and the [DS] is creating war.

But the MSM will tell you this is a rogue protest by a few unvaccinated truckers https://t.co/CYxnPCVtvs

A new work policy at BNSF Railway that starts Feb. 1 has prompted more than 17,000 employees to decide to go on strike over what they call “the worst attendance policy ever.”

“..on information + belief, knew the results of FBI’s interview of Danchenko in late Jan 2017. Nonetheless, on or about April 7, defendant Comey signed + certified the application..” Danchencko accused of lying to FBI + key contributor to Dossier. Pleaded not guilty. Trial Oct.

BREAKING: Defense Department Spokesman John Kirby says 8,500 US troops on ‘heightened alert’ if needed to deploy to Ukraine but no decision made yet

From State Dept call: “Given that the President has said military action by Russia could come at any time. The US government will not be in a position to evacuate US citizens. So US citizens, currently present in Ukraine should plan accordingly.” Arrange commercial flights.

Ukraine just slammed US for pulling diplomatic families from Kiev

Germany and France holding talks with Russia this week in Paris

53% of French oppose going to war if a fellow NATO member is attacked.

Ukraine isn’t even a member.

The idea that America should be more zealous for European security than Europeans is pure-grade DC insanity.

This Russia/Ukraine mess is a direct result of Biden’s weakness. Everyone knows it. Nobody pulled this nonsense with Trump in the WH. But I have to say, I wish Dems & their media pals cared as much about our southern border as they apparently do about Ukraine’s eastern border.

Will it ultimately be Hunter’s lucrative and shady AF business dealings in Ukraine that gets us into a war with Russia? 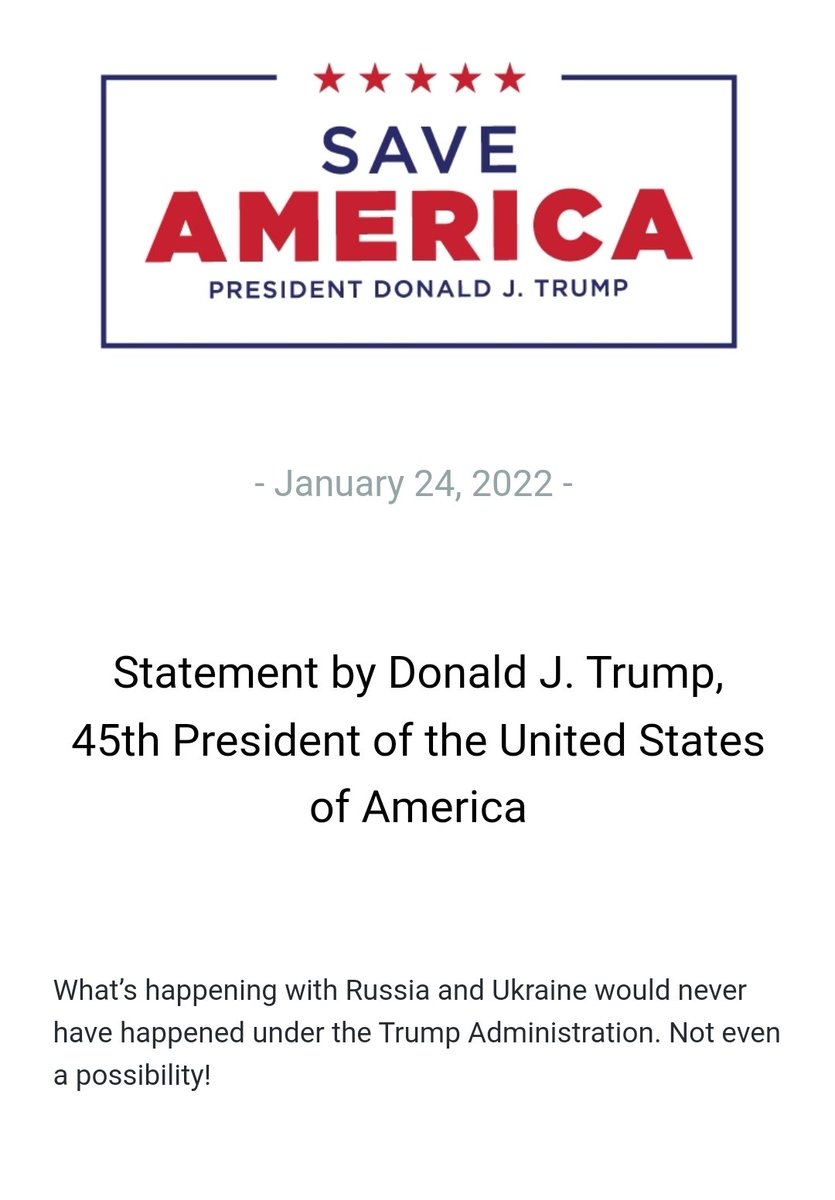 .@AdamScrabble: "How effective and effortlessly the media has moved people's minds away from Covid-19 and onto the next act = ukraine distraction thingy and world War 3."

Think about what is going on, just like everything else what is happening, the opposite of when Trump was in the WH.

There was peace with Russia, NK, Middle East and China knew not to mess with Trump
JB foreign policy is a disaster, Aghanistan and now Ukraine
We know Putin will not invade, will he embarrass Biden

what countries were in the news lately  “Russia, Ukraine, China, and Kazakhstan”,

WHO predicts end of pandemic in Europe

BREAKING: the decision on whether to detain or bond out the leader of the Oath Keepers, Stewart Rhodes, has been postponed 24-48 hours after a lengthy hearing today featuring cross examination of an FBI agent and review of potential 3rd party custodians should Rhodes be released. pic.twitter.com/ito6C4Pgc3 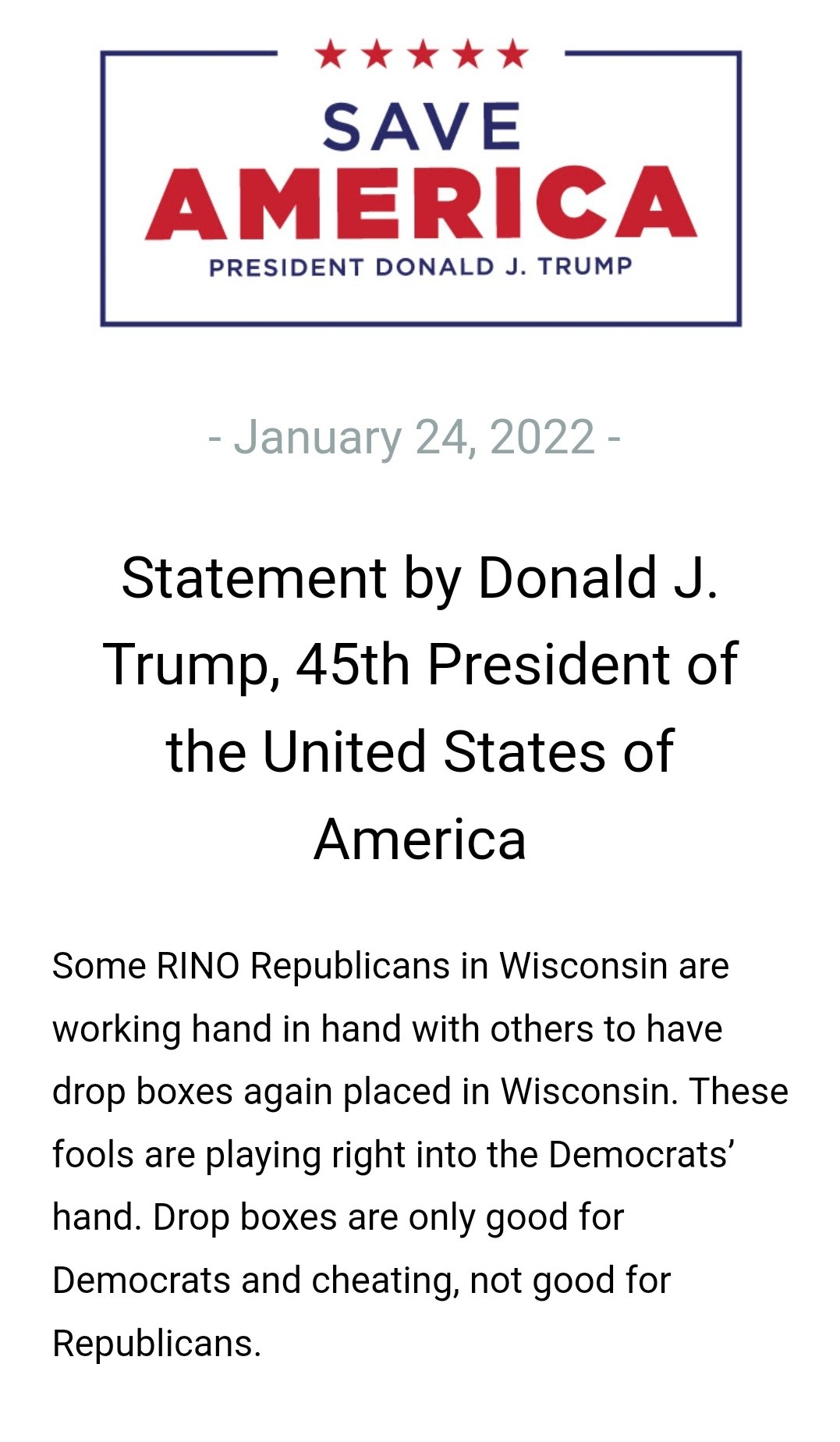