Ep 2622b – A Year Is Almost Up, Nobody Playing The Game Gets A Free Pass, Nobody Ep 2622a – All The Pieces Are Coming Together, Buckle Up, A New World Is Approaching

The fed is now confirming that the economy is recovering, it is in pretty good shape, this is what they said right before the 2009-2009 crash. [CB] ready to close another gas pipeline while fuel prices are moving up. The infrastructure bill will cost jobs and hand over the electric vehicle market to the Chinese.Another Fed governor resigns, four positions open. Thiel warns Bitcoin is an indicator of inflation. Buckle up, rough road ahead. The [DS] is panicking, Trump has all the leverage and is exposing the [DS] so all can see. Trump continually reminds the people that is almost a year since [JB] has been office. What is so important about a year? The storm is coming, we will most likely hear the shot heard around the world. Nobody playing the game gets a free pass.

SEC. 40436. STUDY ON IMPACT OF FORCED LABOR IN CHINA ON THE ELECTRIC VEHICLE SUPPLY CHAIN.

Not later than 120 days after the date of enactment of this Act, the Secretary, in coordination with the Secretary of State and the  Secretary of Commerce, shall study the impact of forced labor in China on the electric vehicle supply chain.

China dominates the EV supply chain, according to many studies. BloombergNEF intelligence summarized the tally: China has control of 80 percent of the worlds’ raw material refining, 77 percent of the world’s cell capacity and 60 percent of the world’s component manufacturing. “China’s dominance of the industry is to be expected given its huge investments and the policies the country has implemented over the past decade,” said James Frith, head of energy storage for BNEF in a report from 2020.

This now leaves President Biden to fill four jobs at The Fed.

“You know, $60,000 bitcoin, I’m not sure that one should aggressively buy,” Thiel said, according to Bloomberg.

“But surely what it is telling us is that we are having a crisis moment.”

“[Bitcoin]’s the canary in a coal mine. It’s the most honest market we have in the country and it’s telling us that this old regime is about to explode.”

Jeffries, a $450B asset manager, has sold a portion of its gold allocation to purchase #Bitcoin.

Eventually every asset manager in the world will do this.

Translation: Trump screwed their plan up, they are way behind and people are waking up too fast and rejecting their plan. 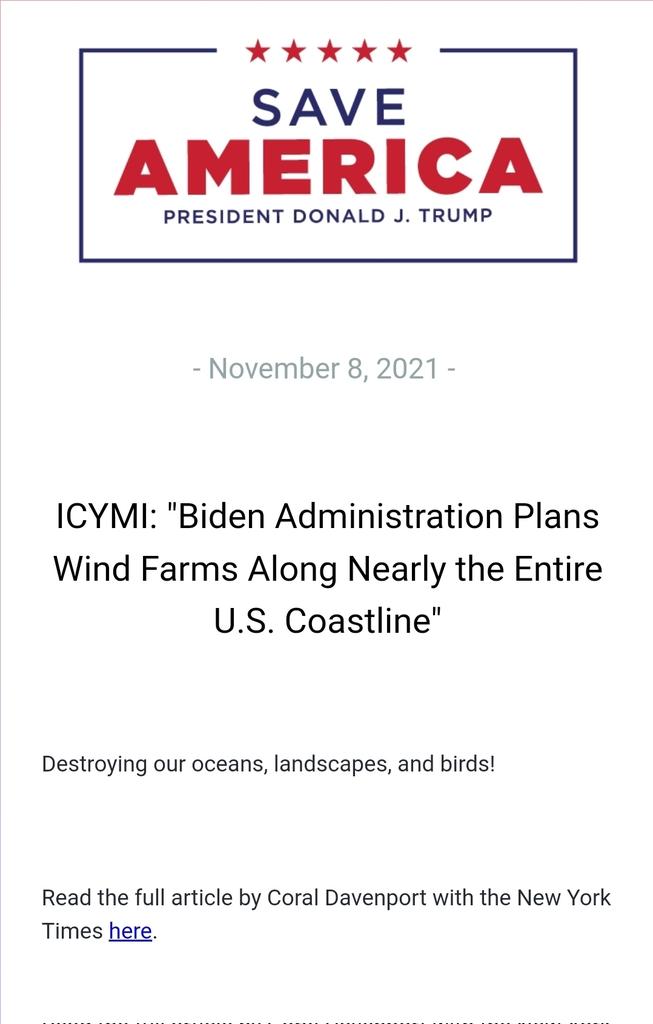 Poster boy for U.S. gun control movement kills himself in jail on DUI charge: Mark Glaze, 51, who helped Obama write policy and took on NRA ‘was suffering from depression’

The ICA, Industrial Commission of Arizona, say businesses in Arizona do not have to follow Biden and OSHA’s vaccine mandate. OSHA gave the ICA the authority to make our own safety rules in 1974. And no media is reporting this because they don’t want you to know this. pic.twitter.com/EtQOP1YZ2a

Wall Street Journal has a new piece out warning about the side effects of the vaccine—specifically myocarditis. All the warnings we tried to offer months ago were ignored, now people are finally waking up.

Rittenhouse trial should be over immediately. pic.twitter.com/PHZnHS5rD9

In the Code of Conduct for City of Green Bay , the code states that “members of the Common Council and the Mayor shall maintain the utmost standards of personal integrity, trustfulness, honesty, and fairness in carrying out their public duties.”

Rollin points out the city used grant money from the Center for Tech and Civil Life to help carry out the November election.

Rollin argues allowing a non-resident to run Central Count is a violation of Wisconsin State Statutes.

Hackers have breached organizations in defense and other sensitive sectors, security firm says

A year is almost up, one year we will be talking about the midterms, maybe they will be record setting