The people can see the economy very clearly now, the Biden administration tried to control the situation that the [CB] put in motion. OPEC denied Biden’s request to produce more oil. Now the people are going to see it all, change is coming, nothing can stop this. The [DS] is now using everything they have to stop the people from seeing the forensic audits. The [DS] does not know the exact date so they will push everything they have to clog the news cycles. The patriots are counting on this, these moves are anticipated. The [DS] are using these moves as a distraction but the patriots are using the same moves as exposing the [DS] agenda. Everything is set, the AZ forensic audit is ready to drop and the [DS] is prepared to try to control the narrative. Iron Eagle has set up devolution, prepare for red October, what we are witnessing is the destruction of the old guard and the people taking back the country. President Trump never begged. He made us energy independent.

And the Taliban and other enemies knew better than mess with him. 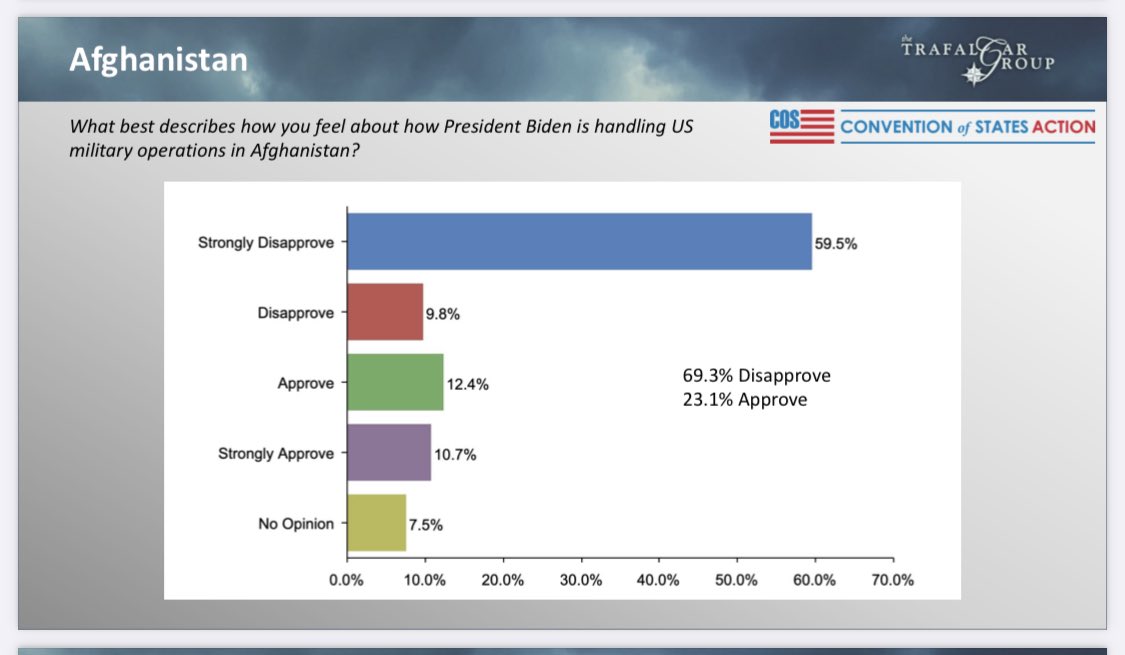 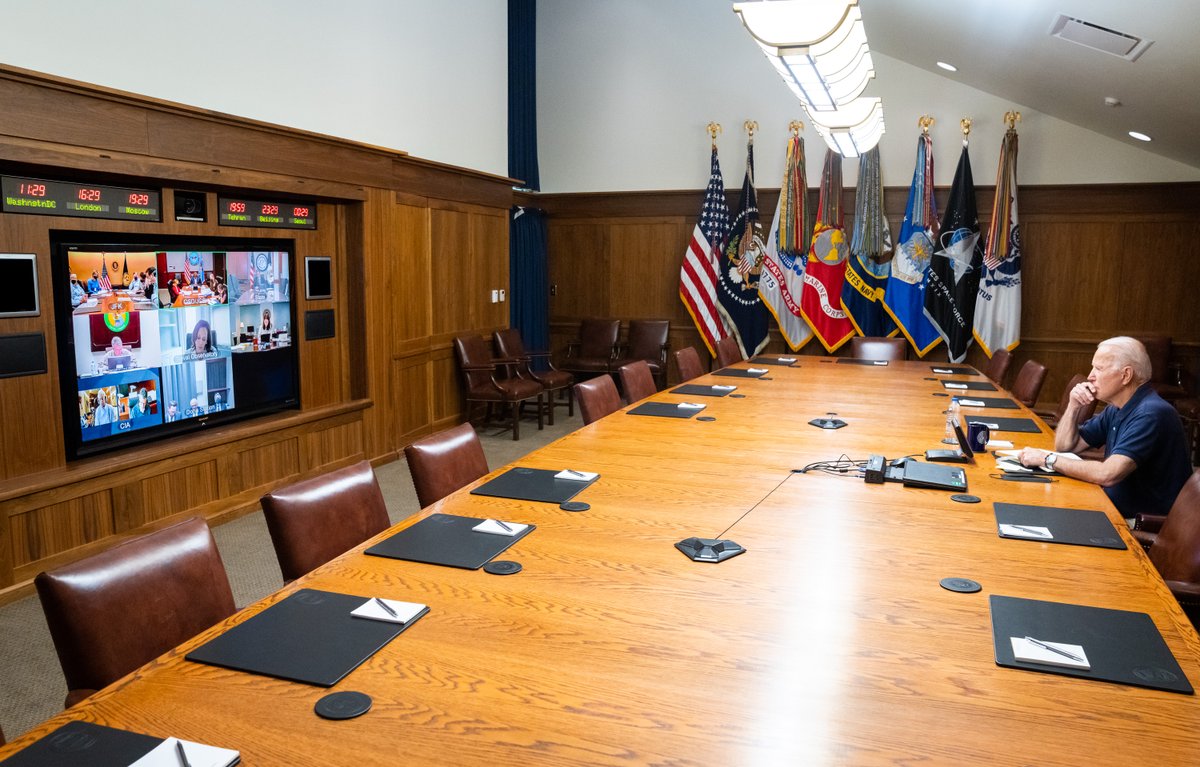 The @ap’s White House reporter @ZekeJMiller (who tweets regularly) has NOT tweeted about the White House releasing a photo outing Intel officials in Doha.

Having spent time at Camp David where everyone is a total professional I would find it hard to believe that a clock would be off by a minute let alone by an hour.

If this is a photo taken at a prior time to make it seem like Joe is working The Admin has some explaining to do. https://t.co/Ge9RCDYjnR

Did You Know: The entire Afghanistan Papers project started when General Michael Flynn filed an IG report that the Pentagon was lying about the war And now you know the rest of the story 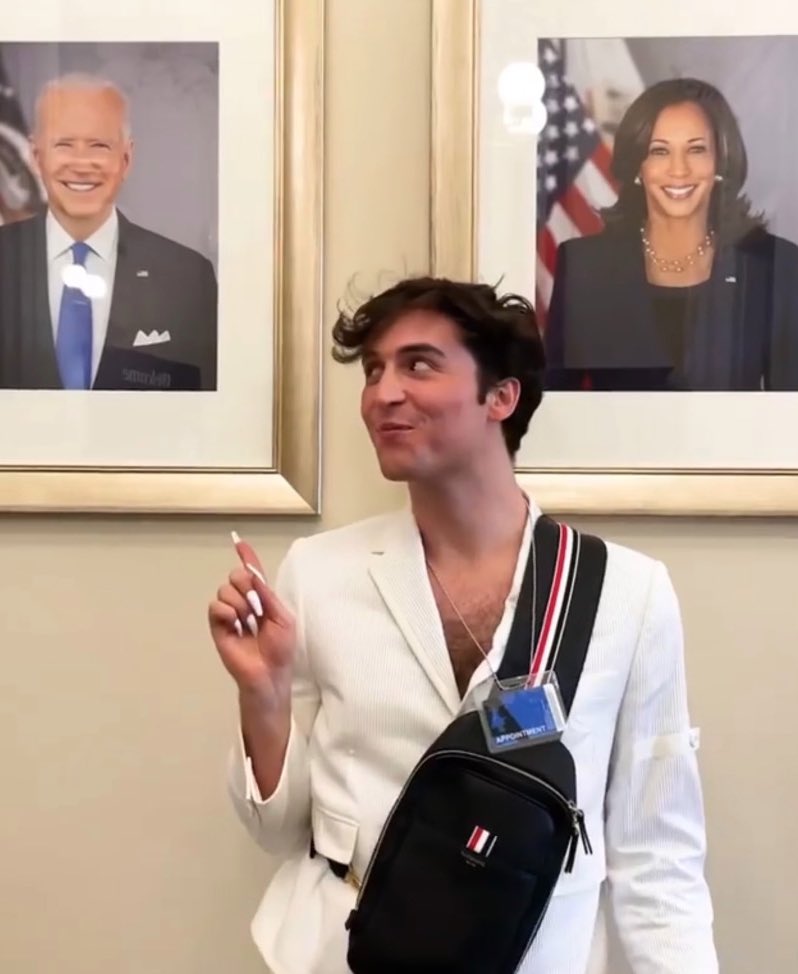 It’s hard to believe this has to be said, but unlike this president, I’ll do my job and take responsibility. I won’t blame others. And I’ll never forget that the job isn’t about me — it’s about you.

How it started: How it’s going: pic.twitter.com/v3JsKrYGlu

“@MikePompeo was in the room when Trump warned the Taliban’s senior negotiator, Mullah Baradar, that if a single American was hurt or threatened the entire wrath of American power would rain down on them…” https://t.co/Q4rEfbDtdP

Harris was reportedly pressed to give an update on Afghanistan to the American people but refused.

White House source says Kamala Harris could be heard screaming today: “They will not pin this s*** on me!”

The Taliban is doing press conferences and tweeting, but President Trump is banned?!?! We live in a dumpster fire!!

The [DS] knows and understands they need to distract from what is coming (forensic audits). They don’t the exact date the forensic audit will be released, so what do they need to do from this point on, keep the news cycle clogged with other stories so people are distracted. Each move is necessary, the [DS] is using these disastrous moves to keep people distracted, the patriots are using it to expose the [DS]

1. Why did they start the Jan 6 commission at this exact movement, distraction

2. Why did Biden push the Afghanistan withdrawal to Sept 11, they waited for the right moment to spring their distraction

3. Why did DHS put out a notice on domestic terrorism from now until 11.11, distraction

5. Riots, reports that Trump supporters (Antifa) are violent because Trump was not reinstated in Aug, distraction

Buckle up, moves and countermoves, the [DS] is deploying all assets, if they don’t it’s game over, the patriots know this, these moves are anticipated.

The ban doesn’t prohibit using masks. Anyone who wants to wear a mask can do so, including in schools.https://t.co/QeVipZMPWH

Confirming audit companies are preparing the draft report to present to the senate team . Senate team will then review for accuracy and clarity for final report which will be released publicly https://t.co/82a23Xp2qj

The government has America on a fast track to destruction. They have lost all credibility. Ironically what they used as a pretext to steal the election (Covid) is part of their problem. Their tyranny over this virus has turned a large portion of the nation against them, but Covid isn’t their only failure. They fail with every single thing they touch I’m not just talking about our national government.

America is being “red-pilled” one person at a time and Trump doesn’t have to do anything because the political establishment is doing a better job at “red-pilling” than he ever could. Arizona audit is the “Go” Signal.

You are watching/witnessing the systematic destruction of the OLD GUARD.
OLD GUARD >>> POWER TO THE PEOPLE
RED OCTOBER.
Q

TWITTER has been given the green light to blanket censor all content deemed to threaten their SURVIVAL [election].
GOOG – FB will follow.
EXPECT COMMS BLACKOUT ATTEMPT (POTUS TWITTER)
[ROGUE_EMPLOYEE_EXCUSE]
Welcome to the POLICE STATE.
THEY KNOW IF THEY LOSE IT’S OVER.
THE TIME TO FIGHT!!!!!!!! IS NOW.
GOOD V EVIL
HUMANITY IS AT STAKE
DROP THE MEMES
SILENT MAJORITY NO MORE
BE LOUD – YOU HAVE A VOICE
ARE YOU REGISTERED?
VOTE THEM ALL OUT
PREPARE
RED OCTOBER
WE STAND TOGETHER.
Q

WHO HAS ALL OF THE INFORMATION?
No Such Agency.
The hunter becomes the hunted.
Operations underway.
Operators active.
Disinformation is real.
Disinformation is necessary.
Silent war (some gets out).
The Great Awakening.
Iron Eagle.
Godfather III.
The Hunt for Red October.
Q

You have so much more than you know.

SO MUCH!
Future proves past.
News unlocks map.
=
+
++
+++
RED OCTOBER.
IRON EAGLE.
[]
What is an Iron Eagle
He participated in wars in Afghanistan and Iraq. In Afghanistan, he was a company commander in the 5th Special Forces Group, which fought al-Qaeda and the Taliban. In Iraq, he commanded Special Forces units in 2006 and 2007.[22] His promotion to colonel was approved in December 2009.[24]