Trump and the patriots needed the pandemic to play out, there are many agendas associated with this but for the economy the patriots needed to begin dismantling the [CB] system. The [CB] is a globalist system and what we are witnessing is the global economy unraveling. The [DS] just played their hand, they pushed a [FF] event in Afghanistan, but their real mission was to create a distraction and use this event for additional distractions. The other part of this is preparing for elections, now they are bringing in thousands of refugees into this country, just like the open borders. This has always part of the [DS] plan. Now that everything is in motion the [DS] has setup the narrative for a cyber attack/communication blackout and riots. The patriots already know the playbook, “Every battle is won before it’s ever fought”.  The truth is about to shine. Ep 2554b – “Every Battle Is Won Before It’s Ever Fought”, The Truth Is About To Shine Ep 2554a – It Had To Be This Way,The Patriots Have Begun The Process Of Dismantling The [CB] System

On Afghanistan Fiasco, Biden Says ‘Buck Stops With Me’ While Blaming Everyone Else 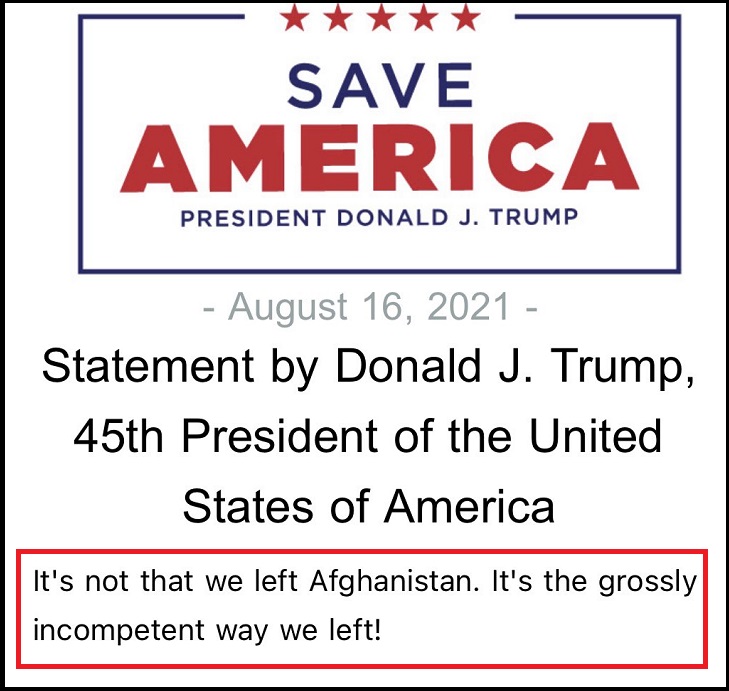 Sending more than 5000 troops back in AFTER you withdrew a couple thousand of them is proof that you are disconnected from the reality on the ground and aren’t serious about protecting Americans.

Sending more than 5000 troops back in AFTER you withdrew a couple thousand of them is proof that you are disconnected from the reality on the ground and aren’t serious about protecting Americans.

Taliban Reminds Us Why We Must Protect the Second Amendment

“Give us your guns. We will protect you.” – Every government that is about to commit mass murder ever

EXCLUSIVE: Taliban commander who gave taunting victory speech from Kabul palace was released from Guantanamo Bay after claiming he was a ‘simple shopkeeper’ who ‘helped Americans’ and wanted to return to Afghanistan to care for his sick father

Maryland, Georgia, and Virginia Say They Are ‘Ready and Willing’ to Take ‘Thousands’ More Afghan Refugees

Gavin Newsom Welcomes Afghan Refugees to California: ‘We’re a State of Refuge’
Biden Admin Plans to “Immediately” House 30,000+ Afghans at Military Bases in the US, Authorizes $500M to ‘Relocate Refugees’

The [DS] decided to bring as many Afghan refugees to the US first before Americans. Why would they do this. What we are witnessing was planned by the [DS], this many agendas associated with this

Think about what is playing out right now. The Biden administration [DS] does not care about optics, they will deploy all assets and use all of their ammunition to stop the truth from coming out. They will use this to further there agenda with bringing illegals into the country. What do they need the illegals for, the vote, what do you they need the Afghan refugees for, the vote, are they pushing another election bill, yes

At the same time they are destroying themselves and the people are seeing the truth and people are turning against Biden/[DS]. In the end the [DS] will be destroyed and the patriots will win.

At a time when the #DeltaVariant is surging, an additional vaccine dose for some people with weakened immune systems could help prevent serious and possibly life-threatening #COVID19 cases within this population. Learn more: https://t.co/ra0JGwit8W https://t.co/ugOgsGyHhi

Afghanistan was the start for the [DS], they needed to create the narrative. What narrative?

1. If the [DS] knows that the election fraud report is going to be released, what narrative must be in place to create distractions, to create a [FF]

2. Watch the news, Iran accelerates enrichment of uranium to near weapons-grade, IAEA says

Iran accelerates enrichment of uranium to near weapons-grade, IAEA says

3. It’s only a matter of time before another 9/11′: Fears withdrawal from Afghanistan means US has ‘taken eyes off overseas terrorism’: Experts say airport security is weaker than ever

‘It’s only a matter of time before another 9/11’: Fears withdrawal from Afghanistan means US has ‘taken eyes off overseas terrorism’: Experts say airport security is weaker than ever

BREAKING REPORT: Taliban Tells Joe Biden to WITHDRAWL ALL US TROOPS by September 11 – The 20th Anniversary of the 9-11 Attacks…

Now think about what Biden and Austin said

Biden: If U.S. has ‘real shooting war’ it could be result of cyber attacks

Biden: If U.S. has ‘real shooting war’ it could be result of cyber attacks

What narrative are they now creating?

Do the patriots know the playbook, have we been told about this, YES If Biden is illegitimate, so is Kamala. If we recall the electors, they both go.

“Every record has been destroyed or falsified, every book rewritten, every picture has been repainted, every statue and street building has been renamed, every date has been altered. And the process is continuing day by day and minute by minute. History has stopped. Nothing exists except an endless present in which the Party is always right.” ― George Orwell, 1984
Sound familiar?
Q
How do you reverse this, You must show the people, you must expose the [DS], you must expose the fake news and big tech, you must expose it all 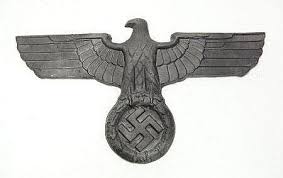 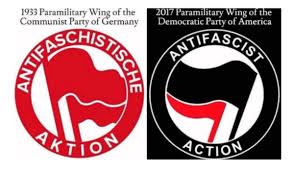 There is a reason why we continue to highlight this speech.
https://www.youtube.com/watch?v=G2qIXXafxCQ
Listen carefully.
TRUTH & HONESTY.
Part (2) – Rally [RED October]
Mouthpieces do not think or speak for themselves.
Q