Ep 2765b – Boom Week Ahead, Teams On Standby, Waiting For The Green Light, No Sleep In DC Ep 2765a – The People Can No Longer Not See It, The [CB] Agenda Just Came Into Focus

The economy is falling apart and it’s not happening by accident, this is what the [CB]s want, but more importantly this is where the patriots are leading them. The polls are not in Bidens favor, the people are not with him and the [CB]. The people see the plan very clearly. There is panic in DC, the corrupt politicians are not sleeping. Boom week ahead, teams standing by waiting for the green light. The patriots planned this for the right moment, Durham, Election Fraud, Crimes against humanity all standing by, the information weapons are locked and loaded. The [DS] is trapped and they have lost their ability to function, the clock is ticking down.

Some eight months after a nationwide moratorium on foreclosures expired, foreclosure filings soared to the highest level since the pandemic began.

Last month, 33,333 properties across the U.S. faced foreclosure, a 181 percent jump from March 2021 and 29 percent pop from February, according to a report by foreclosure tracker Attom. The first quarter saw 78,271 properties with a foreclosure filing, a 39 percent from the previous quarter and 132 percent from last year.

In the latest Gallup poll, conducted April 1-19, four in five U.S. adults rate current economic conditions in the country as only fair (38%) or poor (42%), with few describing conditions as excellent (2%) or good (18%). Furthermore, 76% of Americans say the economy is getting worse, 20% say it is improving, and 3% think it is staying the same. (read more)

A lot of gas stations play ads on the screen while you are pumping gas. The GOP should be paying to play this on a loop 24/7 at every gas pump in the country they can buy the ad space for. https://t.co/hNyncXWgOQ 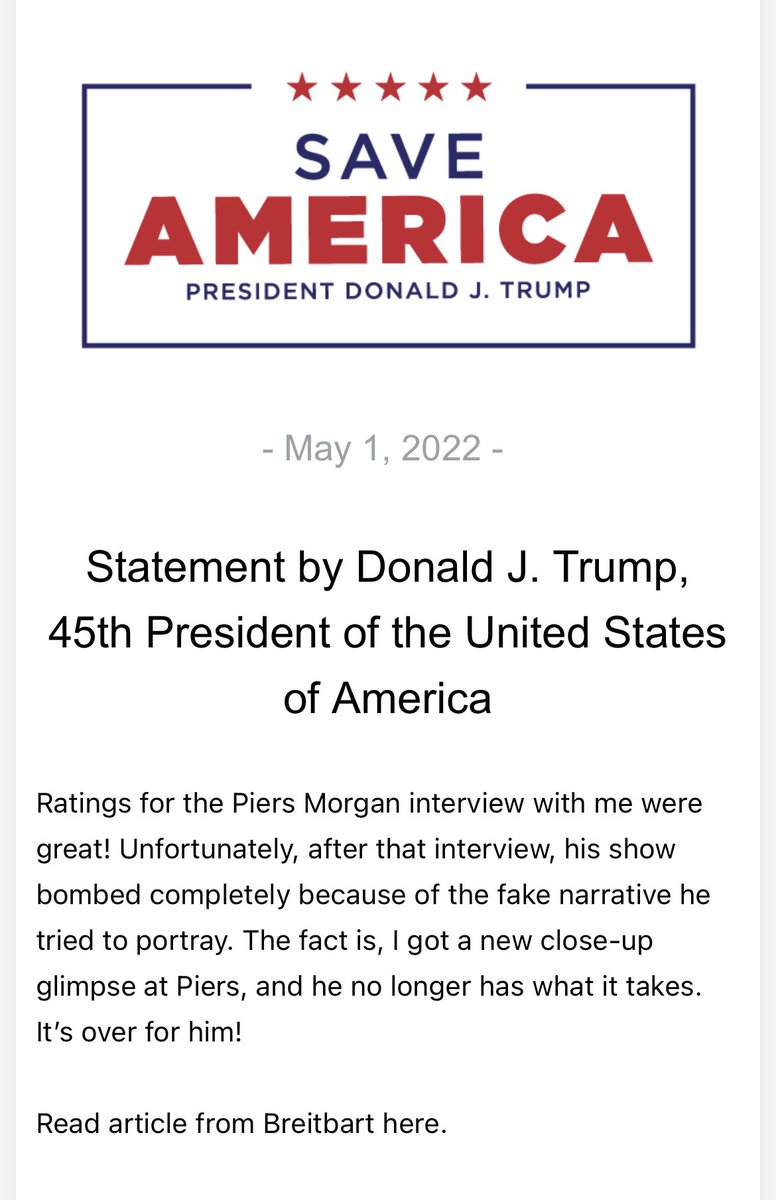 The Biggest Scandal That Never Was

The September 2020 investigative referral that the CIA sent to the FBI:

The Ratcliffe letter to Congress in September of 2020 announcing the declassification of both Brennan’s briefing notes and the CIA investigative referral:

Ratcliffe’s letter to the US Congress that accompanied the declassified documents when they were made public:

Biden is just a front man. Obama, April 21: social media censors “don’t go far enough,” so the government needs to step in to do the job. Six days later, Homeland Security rolls out the 'Ministry of Truth' (aka Disinformation Governance Board). pic.twitter.com/CHOD4mbE0B

Authentication is important, but so is anonymity for many. A balance must be struck. 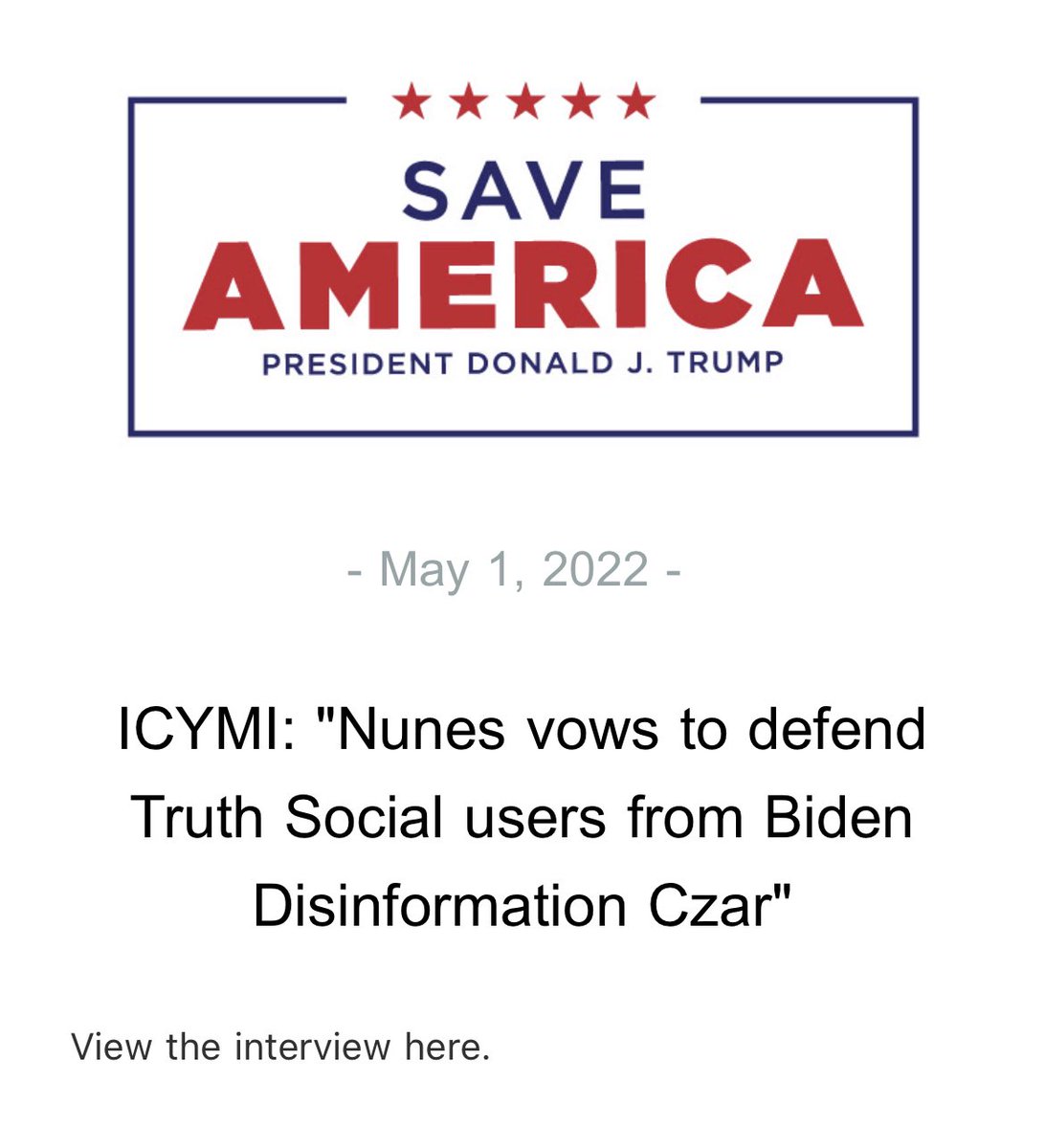 Ukraine bragging about arresting people for their social media posts. American media celebrates this. Now, see the Minister Against Misinformation, and you get where this is going. Anyone praising Ukraine should be embarrassed. https://t.co/b3zmy7JpV9

If the U.S. commits to sending troops to Ukraine in the event of a chemical attack, guess what?

There will miraculously be a chemical attack, at just the right time to support Western intervention.

We already saw this play out in Syria. Don't fall for it again. https://t.co/613qyGBHYp

President Trump just played this clip at the rally.

“And it got worse, but we don’t have all afternoon.”

Biden should take a cognitive test!

Masks in a church but not a giant party in a hotel last night? https://t.co/plCD05vd5t

Deborah Birx, a leading member of the Trump administration’s White House coronavirus task force, said on Sunday the U.S. should be prepared for another potential COVID-19 surge after a recent uptick in infections in South Africa.

Over 1.2 MILLION adverse events reported since the rollout of COVID shot

Special grand jury members selected for Trump election probe
On Monday, Fulton County prosecutors selected 23 people for a special grand jury that will ultimately consider whether former president Donald Trump should be charged for his attempts to pressure Georgia officials to overturn the results of the 2020 election, CBS News reports. The district attorney then decides whether to seek an indictment from a regular grand jury. 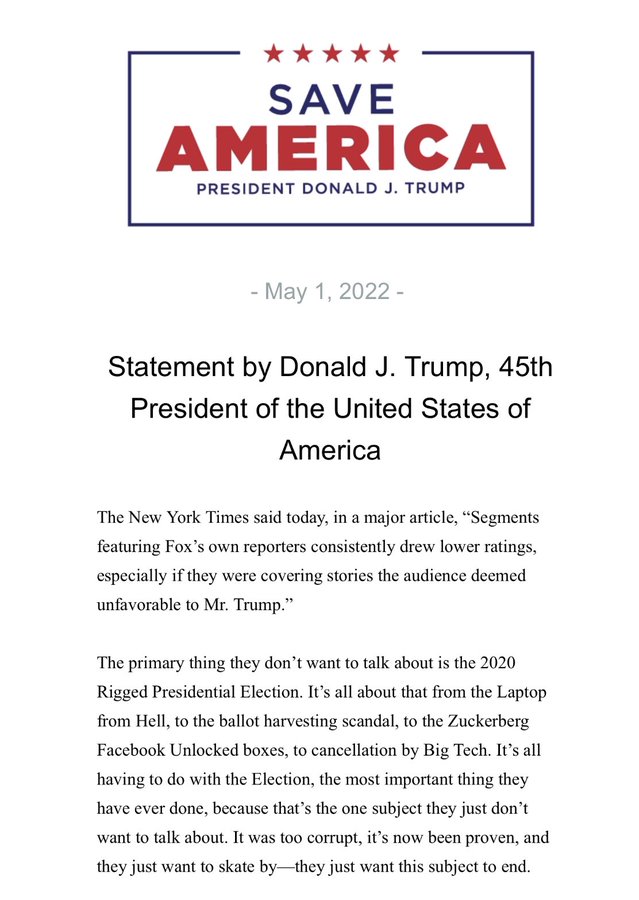 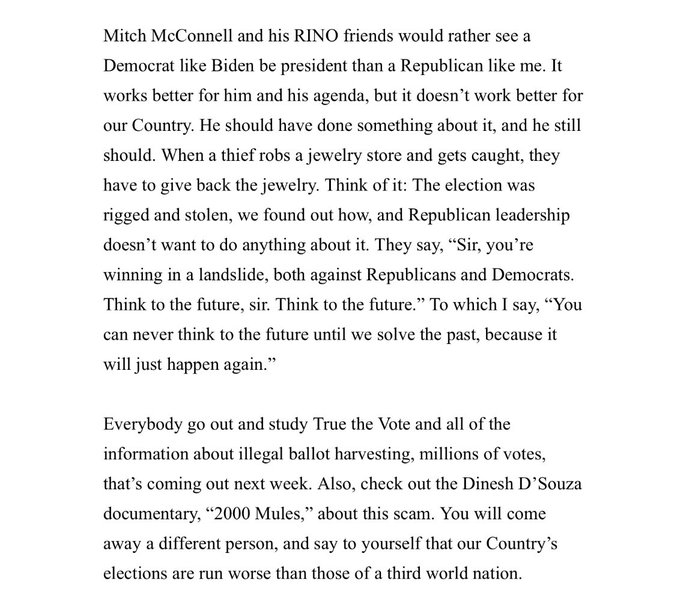 Can’t wait for the green light.
Teams on standby.
Q

Where is their “client” list? Shouldn’t at least one of them go down!? 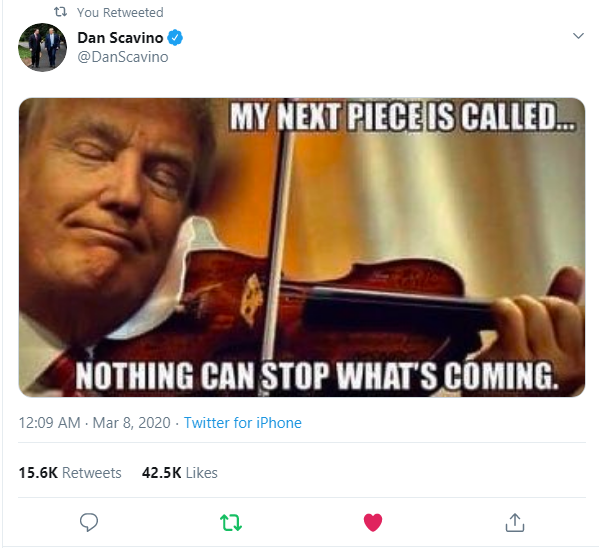