The US economy has now added 1.8 million jobs, 3x bigger that last administration. The economy is recovering we are seeing V shape recoveries everywhere. It is time to end the petrodollar war and to pull out. New deals must be made. The patriots are in control, the [DS] is panicking. Brennan is speaking to Durham today, he is going to find out how much he knows. The question is will he make a deal, most likely not. The [DS]/MSM are now trying to trap Trump but the opposite is happening, he knew what they are up to and trapped them.

President Trump built the best economy in American history before the China virus hit, and he is doing it again! https://t.co/h7Ezb3GGm5

A story in four acts. pic.twitter.com/tYYiPPHEaw 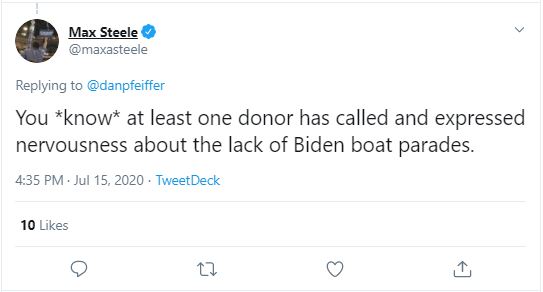 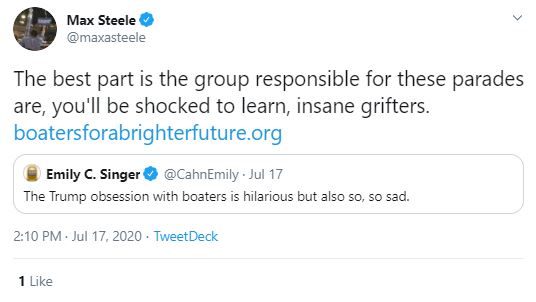 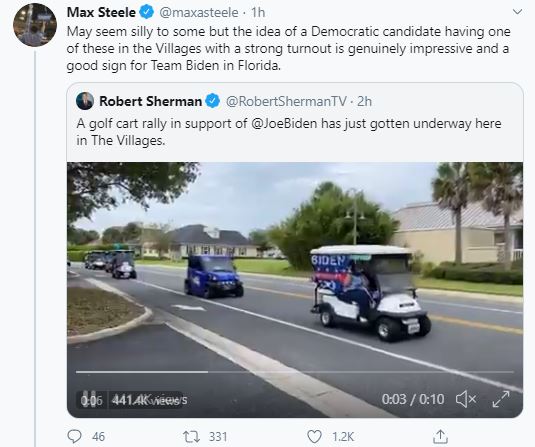 Things to watch as a result of the Durham-Brennan interview:

2) UK and Australian intelligence used against the campaign

Ghislaine Maxwell update – Letters to the Judge from the DOJ:

The investigations into Maxwell “and other possible co-conspirators of Jeffrey Epstein remain active.”

Maxwell and the co-conspirators are subjects of “ongoing grand jury investigations.” pic.twitter.com/5tP04oD1y2

#BREAKING: Trump says universal mail-in voting could make election uncallable: “Not going to be able to know the end of this election, in my opinion, for weeks, months, maybe never, maybe years but maybe never — ’cause once you go past the first week you’re never going to know.” pic.twitter.com/KIghW1QlEr

The Democrats are demanding Mail-In Ballots because the enthusiasm meter for Slow Joe Biden is the lowest in recorded history, and they are concerned that very few people will turn out to vote. Instead, they will search & find people, then “harvest” & return Ballots. Not fair!

“There has been no changes in any policies with regards to election mail for the 2020 election.” pic.twitter.com/yPLHaO9EXc

To get into the Democrat National Convention, you must have an ID card with a picture…Yet the Democrats refuse to do this when it come to your very important VOTE! Gee, I wonder WHY???

I STAND FOR LAW AND ORDER AND I TOOK ACTION! Operation LeGend has led to the arrest of over 1,000 criminals, including 90 killers, all while Sleepy Joe Biden and the Radical Left excuses violence and crime in their Democrat-run cities. I want safety & security, Joe allows CRIME!

Q!!mG7VJxZNCI21 Feb 2019 – 5:34:56 PM
https://www.reuters.com/article/us-usa-election-north-carolina/north-carolina-elections-board-orders-new-u-s-house-election-idUSKCN1QA1QG📁
Welcome to the Democrat Party.
THEY WILL STOP AT NOTHING TO REGAIN POWER.
Time to adopt VOTER ID LAW?
Q 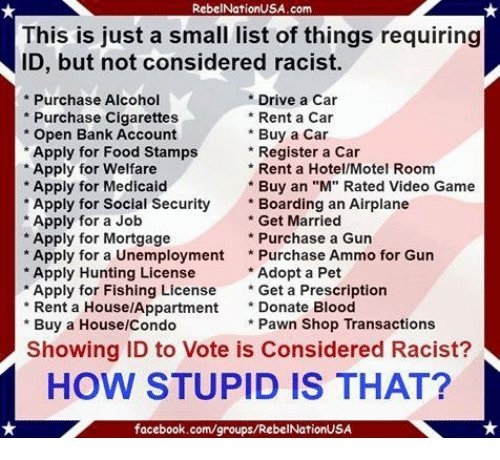 With questions about Qanon being asked of POTUS, Pence and McCarthy, the media’s plan seems clear.

They intend to get conservative leaders to denounce Q in the hope that it will discourage people from learning about Q for themselves.

This is Antifa/BLM posing as Q supporters.

@lisamei62 When you know their game plan, distract, switch their ready made script while they’re distracted. PDJT maneuver them to the Q subject that would cause them to act against QANON’s, thus PDJT in reality cleared the decks to get QANON’s out of the line of fire, they made all the moves PDJT wanted without him telling them to. Now whatever FF initiated befalls back on them, because they unwittingly cleared the deck and only they will be standing on the decks alone.

QANON’s may grumble a bit, but PDJT just moved them away from the line of fire without alerting the enemy.

Anonymous2 Nov 2017 – 7:03:36 PM
You can count the people who have the full picture on two hands.
Of those (less than 10 people) only three are non-military.
Why is this relevant?
Game theory.
Outside of a potential operator who has been dialed-in w/ orders (specific to his/her mission) nobody else has this information.
Operators never divulge.
Alice & Wonderland.

Q is forcing the masses into the ultimate choice:

The MSM wants to stop the latter. They’re not really attacking Q, they’re attacking YOU.

There was only one way the MSM could ever be destroyed:

POTUS In The Way Meme