Ep 2675b – Change Of News Cycle Coming, No One Person Is Above Another, Justice Inflation is now picking up and the people are seeing the dollars decline in value. Store shelves are empty and people understand that the economy should not be headed in this direction. [CB] panicking over Crypto, they are pushing to keep people away from alternative currencies. Congressman introduces bill to ban CBDC. The [DS] is now trapped by the patriots, the pandemic is a big fail and now they are backtracking to make way for the ‘change of batter’. Fake news will need to change the news cycle, [FF] might be in the works. Trump and the patriots are now moving forward, the people see the truth, the [DS] lies to the people, the fake news lies to the people, the corrupt politicians lie to the people, etc.. Fauci is now under the microscope as more information is brought out into the open to show he was responsible and directed the pandemic. Will this be the shot heard around the world.? 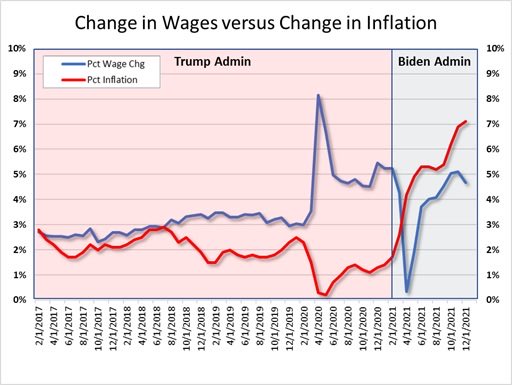 “I think the average investor should ask himself or herself: what do you have in your portfolio that has that kind of track record:

can provide a service of insurance against financial catastrophe that no one else can provide and;

The answer is: nothing.”

Newsom To Give Illegals Even More Rights In Wasteland California

Let’s be clear…Democrats try their policies in California and New York first.
New York is moving to have non-citizens vote.
California is letting you print your ballot from home.#cheating #stopit

What do Russia’s cyber moves mean for the Ukraine crisis?

That Escalated Quickly – Victoria, Australia Announces Vaccinated Workers Must Get Booster Shot in 30 Days or Will be Fired

Fauci just called Senator Roger Marshall a moron because he disagreed with Fauci and said “Jesus Christ” in a derogatory way. This little tyrant can’t keep his cool if anyone questions him. Sen. Marshall is a doctor and Army Vereran! #FireFauci pic.twitter.com/p6gHizlUYe

Consider Fauci’s comments while under oath:

First, Fauci said, “My financial disclosure is public knowledge and has been so for the last 37 years or so the last 35 years.”

Speaking for a third time, Fauci said, “What are you talking about? My financial disclosures are public knowledge and have been so. You’re getting amazingly wrong information.”

The trouble with Dr. Fauci is that his financials are NOT available.

Open the Books SUED Fauci and his agency for the information.

Boosters are over Now the World Health Organization has waved the white flag on Covid vaccine boosters too.

Think about what just happened. The patriots knew the testing was the key, they knew the [DS] wanted tests because they don’t work and they could create enough false positives to create the pandemic, the fake news would then use these stats and they would push fear, and the dictators would then push their agenda of vaccine mandates, boosters, vaccine passports. then Omicron appeared which changed the game, the [DS] did exactly what the patriots thought they would do, push testing and push it hard to get everyone vaccinated, why because the tests were changing Dec 31, 2021 and the people would learn the truth, Omicron was used to push fear, this time it worked against the [DS] and big pharma, people who were  vaccinated showed they had covid and the unvaccinated were just fine, the plan worked and the [DS]/Big pharma/CDC/FdA etc were trapped in this, Trump put out statement after statement letting everyone know that Biden had more cases and deaths, this is a complete disaster for the biden and the puppet masters, Biden thru in the towel and said there is nothing he of or the fed gov can do. This is a disaster.  Let flash back, remember what the fake news was saying with Trump, he has blood on his hands, he is doing nothing, this boomeranged on them

And now they are quietly changing the definition of vaccinated.

So this is a complete disaster, polls show that the people blame biden, he is not doing a good job. The [DS] is now prepared and ready to change batter, does HRC want this disaster, NO. This is why they are backtracking on all of it. She would not be able to manage it and it would be disaster especially with HARRIS as President and HRC as VICE. So they are now backtracking to get out of this.

Think about fauci, why did trump put him front and center, so the world would see what he did, how he lied tot he people, more proof and docs will be released, so will he be the shot heard around the world

The greatest irony of the sham J6 committee is that Adam Kinzinger is now defending the one guy we know for a fact actually INCITED rioters to enter the Capitol. What a joke. pic.twitter.com/QWhj2uVqj3

JFC. I’ve watched these reporters for a year spit raging fire on Twitter and MSNBC about the criminal “insurrectionists” including “paraders” and they are lining up one by one to protect Epps. This on its face should raise more suspicions about Epps’ role. https://t.co/to6QMFHD0B

DOJ & FBI are creations of Congress. Congress has the power to dissolve them.

The idea that they can choose which information to give Congress is an illusion perpetrated by them.

AG Garland must answer my question: Did federal assets encourage protestors to enter the Capitol?

Today, on the 20th anniversary of the arrival of the first detainees at Guantanamo Bay, we renew our call to shutter the detention facility permanently.

America must stand for the rule of law at home and abroad.

The cost of maintaining Gitmo, moral and otherwise, is too high.

2 thoughts on “Change Of News Cycle Coming, No One Person Is Above Another, Justice – Ep. 2675”