The [CB] is now panicking about inflation, they never expected their agenda to be countered. Now the people can see it clearly and they are trying to control the narrative, but this will be uncontrollable. The [CB] has gone way beyond its mandate, will this be used against them in the end. Trump just announced that he and others are filing a class action lawsuit against big tech. Think of the timing, why now?  Think communication blackout, think discovery. Why interfere with an enemy while they in the process of destroying themselves. How do you make information public?  Optics and timing are very important. If you know the [DS] playbook you have the ability to counter their agenda. The patriots are in control and they ready for the [DS]. Ep 2521b – Class Action Lawsuits Are Very Effective, How Do You Legally Make Information Public? Analysts are beginning to warn that oil prices could again go over $100 a barrel:

…Prices soared to three-year highs following the collapse of those talks on Monday. On Tuesday during Asia trading, they surged even higher. U.S. crude pushed past $76 per barrel and international benchmark Brent was higher than $77 per barrel.

“Facebook says that it does not allow people charged in the insurrection on the platform and that it may fact-check claims that the riot was staged.”

>>966637
PEOPLE have POWER.
Don’t forget how to PLAY.
TOGETHER YOU ARE STRONG.
FB violation of YOUR PRIVACY.
FB actively TRACKING YOU.
FB reading your PRIVATE messages.
FB CENSORING (anti conservative).
More will drop.
We have it ALL.
CLASS ACTION LAWSUITS are EFFECTIVE.
GLOBAL.
@Jack
You’re next.
What is Jack’s SECRET T-handle?
‘Dummy’ accounts to talk.
What you SEE is LIMITED.
Think emails (LL, HRC, HUSSEIN, etc).
Q

The BEST part of this class action lawsuit will be DISCOVERY

Pam Bondi:
The strategy of the lawsuit is to prove that big tech companies are “government actors,” and as such, are required to protect the first amendment right of free speech.

>>599614
100%
Regulated.
Some platforms will collapse under own weight of illegal activities.
Q
So why did Trump wait for this moment to announce this right before the election audit comes out.
1. Trump waited for the information to go public about Government colluding with big tech, Dr. Shiva during a court case, Judicial Watch with CA and most likely Trump has much more.
2. Trump started the lawsuit before everything hits the fan because this will setup it all up for discovery
3. Why interfere with an enemy while they are in the process of destroying themselves
4. If the election audit report is going to be released what is big tech under the direction from the DS players going to do, a communication blackout
5. Best course of action is to wait until they colluded further with govt to make an air tight case
6. Trump mentioned HCQ, Facebook, and Fauci emails during his press conference, why?
7. Do you think he mentioned HCQ back in March 2020 for no reason
8. During discovery what happens if it shows that big tech, facebook, twitter, youtube colluded with foreign governments, the US government to keep the cure from the people.
9. And finally, Pam bondi called out Facebook & Twitter for allowing child trafficking and failing to remove child porn.
10. What happens if it is proven during discovery that these big tech companies promoted/facilitate exploitation and trafficking of children, I would say it is game over

3 days after their annual meeting concludes, @NEAToday, the nation’s largest teacher’s union, scrubs the agenda items announcing their nationwide campaign to push CRT from their website.

Why are they covering up their support for CRT? 🤔 pic.twitter.com/uWZomRt2dV 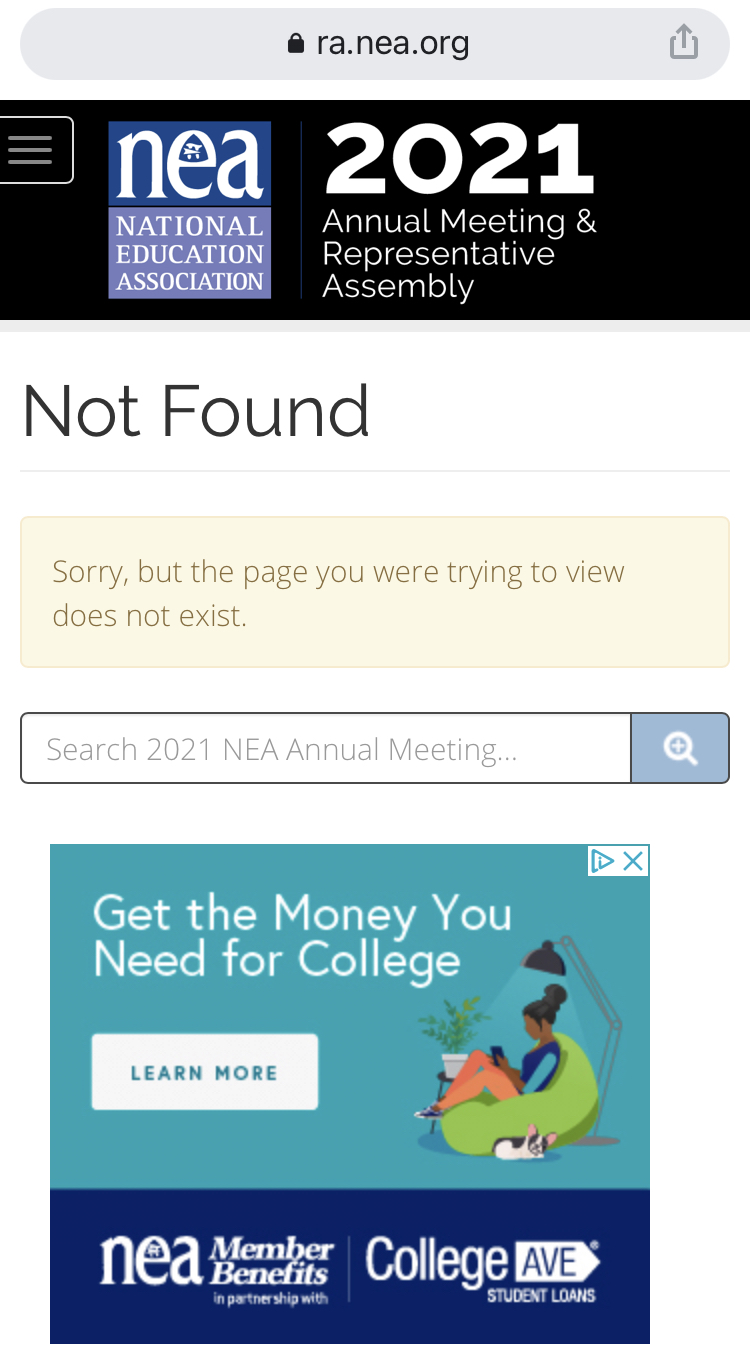 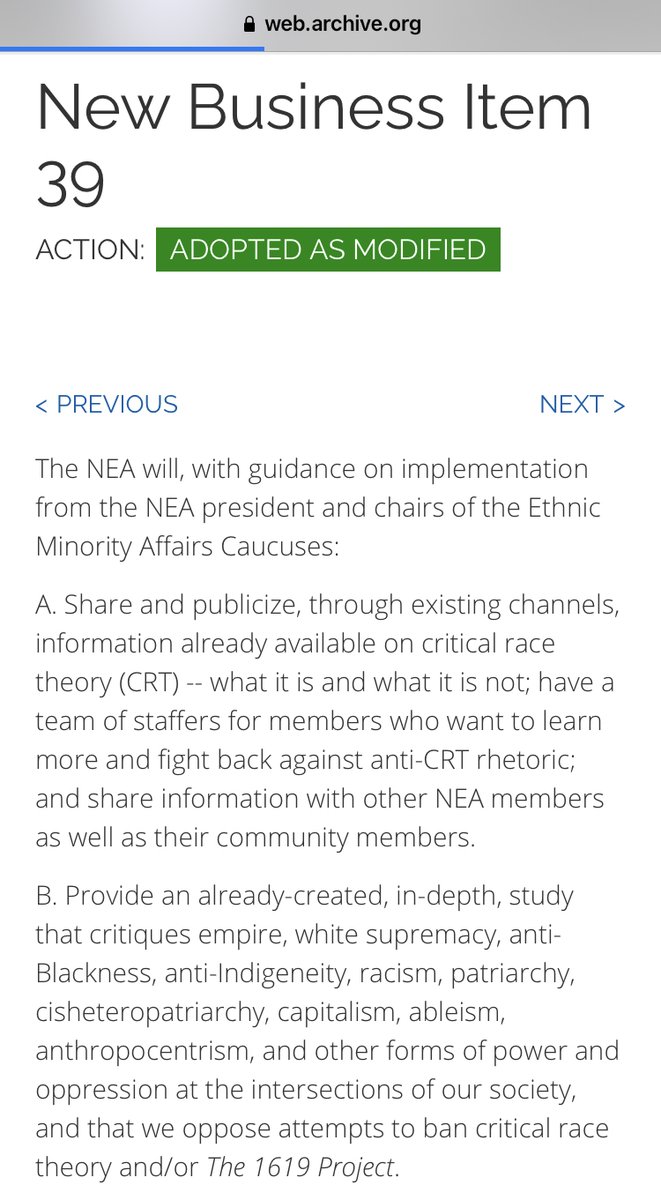 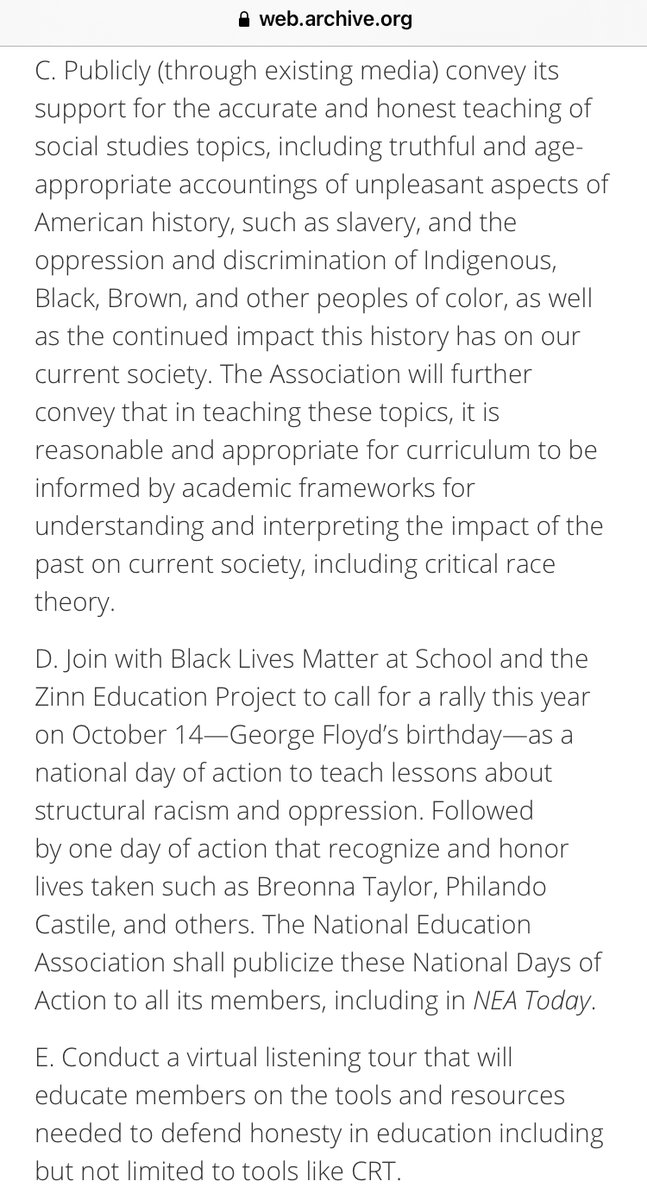 We need cameras in the classrooms and a civilian review board in every town in America to oversee the people teaching our children.

SCOOP: Raytheon, the nation’s second-largest defense contractor, has launched a critical race theory program that encourages white employees to confront their “privilege,” reject the principle of “equality,” and “defund the police.”

Last summer, Raytheon CEO Greg Hayes launched the Stronger Together campaign instructing employees on “becoming an anti-racist today.” He signed a corporate diversity statement and then asked all Raytheon employees to sign the pledge and “check [their] own biases.” pic.twitter.com/GacZYK4gIr

The program is centered on “intersectionality,” a core component of critical race theory that divides the world into competing identity groups, with race, gender, religion, sexual orientation, and other categories defining an individual’s place within the hierarchy of oppression. pic.twitter.com/X82f2ZoHow

Raytheon then asks white employees to deconstruct their identities and “identify [their] privilege.” The company argues that white, straight, Christian men are at the top of the oppression hierarchy—and must work on “recognizing [their] privilege” and “step aside” for minorities. pic.twitter.com/mM53oJtfs9

Raytheon tells employees to “identify everyone’s race” during workplace conversations. Whites must “listen to the experiences” of “marginalized identities” and should “give [those with such identities] the floor in meetings or on calls, even if it means silencing yourself.” pic.twitter.com/fPMsfll43k

Raytheon instructs white employees never to say that they “pray things change soon.” Whites must acknowledge that their own discomfort is “a fraction” of their black colleagues’, who are “exhausted, mentally drained, frustrated, stressed, barely sleeping, scared and overwhelmed.” pic.twitter.com/L3GsB8OmaO

Nope no undercover agents at all pic.twitter.com/86lI2XOLna 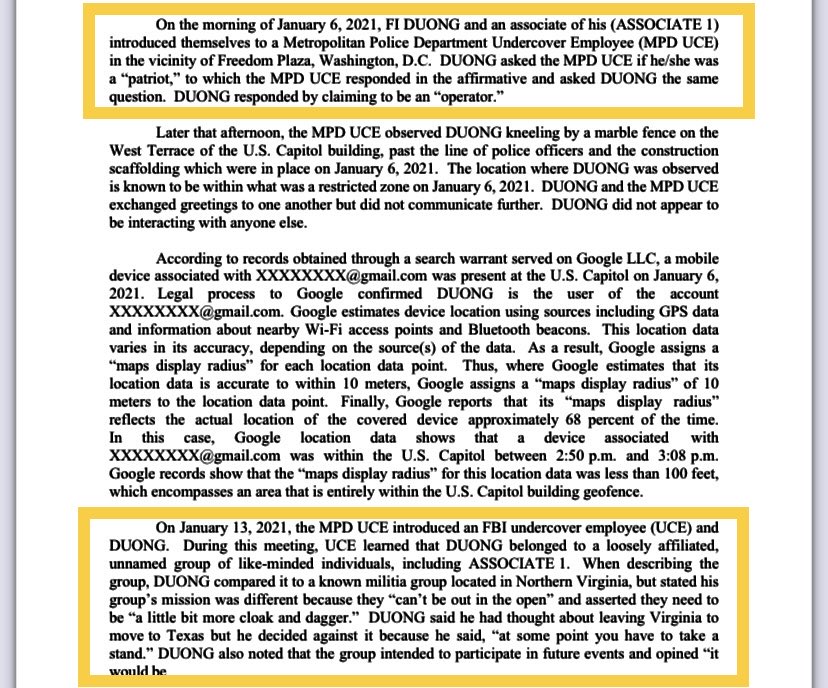 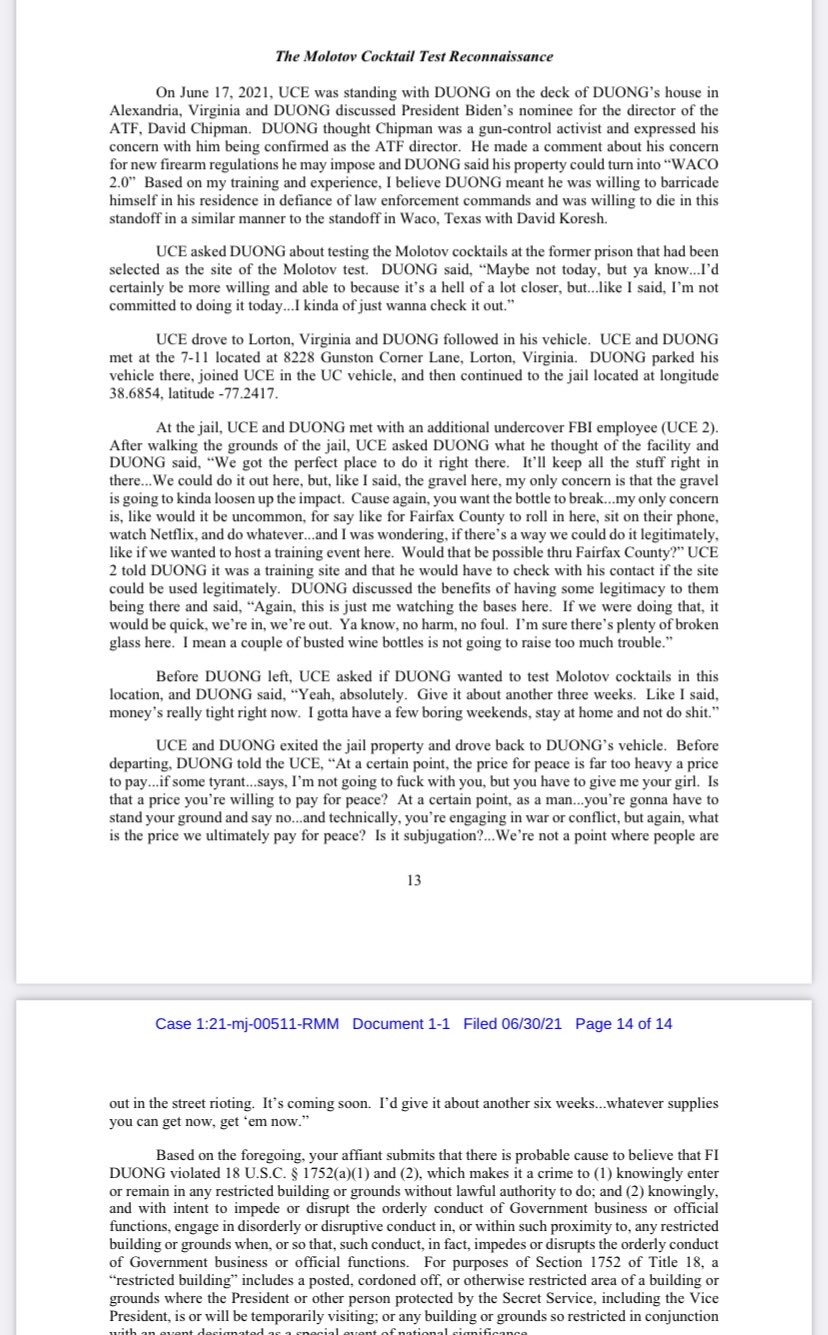 There were two legal, bipartisan audits of the 2020 election — both confirmed that result.

Attacks on our elections are attacks on our democracy. I’ve defended our votes dozens of times in court — and I won’t stop now.

Pennsylvania Republicans — including the leaders of their Party — continue to push the Big Lie.

Let’s move on and focus on Pennsylvanians.

The Senate has concerns about the latest accusation from the Secretary of State and Maricopa County regarding replacing the machines used in the election, over concerns that they are safe to use

Maricopa County hired firms to perform audits after the 2020 election and relied on their Logic & Accuracy tests (L & A) to declare equipment safe to use and tamper-free. The County can now use those same L & A tests after the Senate audit. If it can’t, their L & A tests are invalid. And if their machines can’t undergo a forensic audit to verify what happened, then it never should have approved those machines to be used in an election in the first place.

Remember, the Senate asked numerous times for the audit to be conducted with the County, at their facilities, with a mutual auditor. Maricopa County refused, loading up pallets of ballots on a truck, sending out pictures on social media and asking “where do you want them delivered?”. Hardly the behavior of an entity truly concerned about election security. 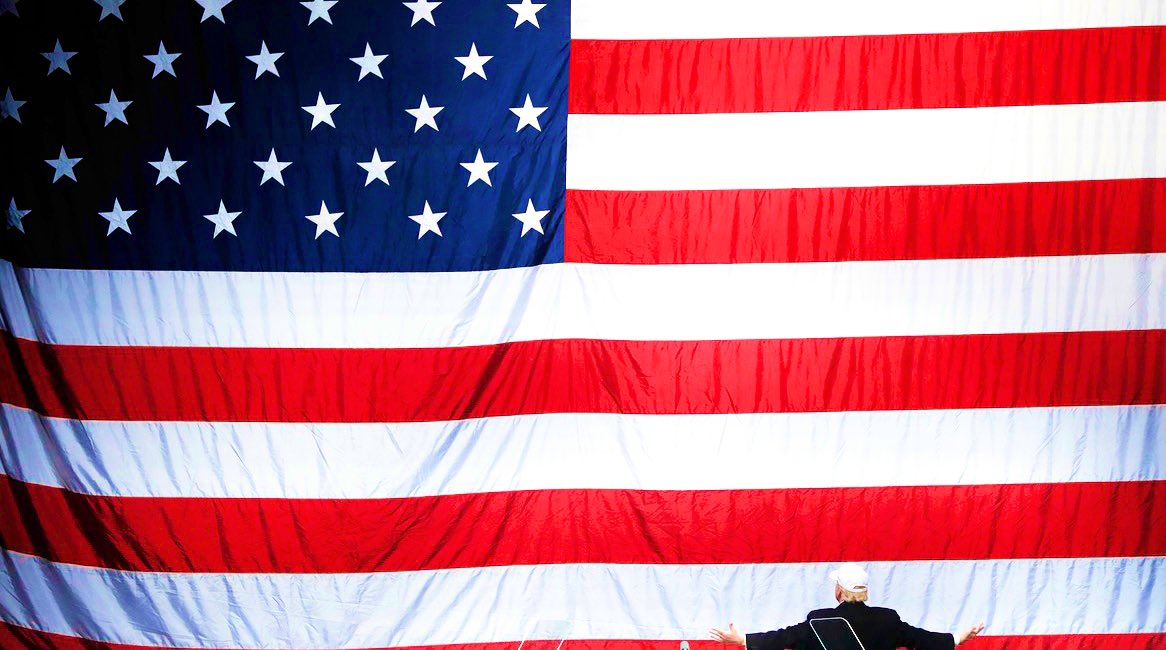 15 thoughts on “Class Action Lawsuits Are Very Effective, How Do You Legally Make Information Public? – Ep. 2521”