Ep 2592b – Communication Blackout On A Massive Scale, Pain & Truth Coming, Buckle Up The people are now completely rejected the [CB] infrastructure bill, they are understanding that this will not benefit them in any way. The debt ceiling narrative is failing and the [CB] along with the [DS] will be held accountable. First it was the Fed now the IMF, the head of the IMF is being forced out. The [DS] is now pushing a communications blackout, Facebook, Instagram, Whatsapp and many other providers are experiencing problems, is this a test run or the real blackout, we will see. This wasn’t a DDOS attack, DNS Record were deleted, was this an inside job, this happened right after the whistleblower appeared on 60 minutes. Scavino send another message, a video of Trump shooting a golf ball and getting a hole in one past another ball that was very close to the hole. The clock is ticking down for the [DS], pain and the truth are coming.

Americans highly unlikely to support #budgetbill that raises taxes/national debt. Likelihood to support is as follows:

So they’re admitting illegal aliens got Sinema “elected” in Arizona. Did Blanca vote?https://t.co/GMlYTQiO20

Facebook ‘Whistleblower’ Donated 36 Times to Democrats, Including to Anti-Primary Extremists And AOC.

We must always stand with Taiwan. https://t.co/IeRByrimhE

Government employees who have not provided proof of vaccination in Washington State have received letters of termination. https://t.co/xUMMIuQzjw

Is Covid a real or a fake pandemic?

The UK Government has quietly changed the rules on vaccince passports. By mid-December there is no way out of the medical apartheid. https://t.co/hG5TBORsWi pic.twitter.com/gZwHC9YFyy 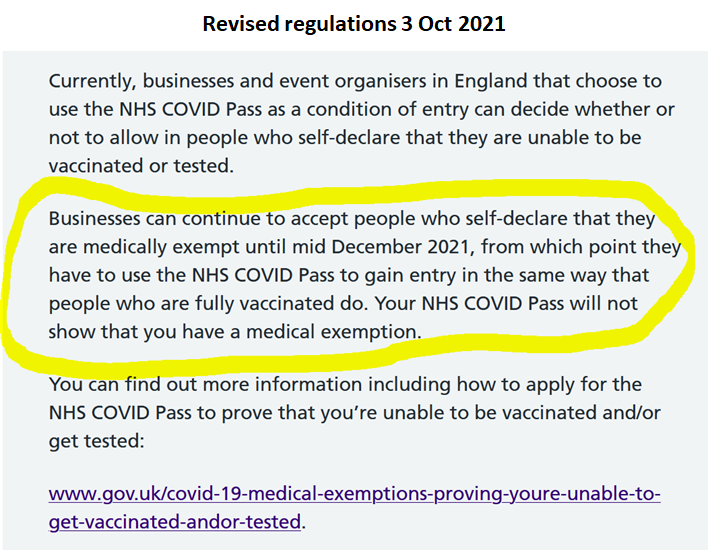 Why would Fauci not know this, is something about to happen?

They want boosters, timing is everything

Saying what they really want, they want people to say ok just like during 911

1. 911 – Fear Terrorists, we must search you bags, you at airports, sporting events, concerts etc.. [DS] This is to keep you safe, do you agree, the people just went along with it,

The right of the people to be secure in their persons, houses, papers, and effects, against unreasonable searches and seizures, shall not be violated, and no Warrants shall issue, but upon probable cause, supported by Oath or affirmation, and particularly describing the place to be searched, and the persons or things to be seized.

2. Covid – Fear Virus, we must get vaccinated and boosters shots to stop covid, you must do this every 6-12 months, [DS] this is to protect you and others, to enjoy your freedom , work, paid, travel, go into stores and restaurants you must do this. [DS] do you agree, the people are around the world are finally awake and are fighting back

[DS] getting angry the people are not doing what they want

[DS] will now push harder and they will not hide how they really feel, they will say the quiet part out loud

Many Americans are waking up from their slumber and discovering the hangover of tyranny in the guise of safety.

An Australian billionaire just told you about an international criminal conspiracy involving Big Pharma and the bribery of politicians to push vaccination. https://t.co/E9MC1Kkigm

Raffensperger’s office said it did not receive most counties’ chain of custody forms for drop box ballots until January and February of this year, well after the election. Since that time, the office has found problems with a handful of counties, mostly small, rural and Republican strongholds.

#KashPatel tells @MariaBartiromo Bank statements and transactions don’t lie and that’s what John Durham is basing the conspiracy off of. pic.twitter.com/4sRaJNJ8KM

TWITTER has been given the green light to blanket censor all content deemed to threaten their SURVIVAL [election].
GOOG – FB will follow.
EXPECT COMMS BLACKOUT ATTEMPT (POTUS TWITTER)
[ROGUE_EMPLOYEE_EXCUSE]
Welcome to the POLICE STATE.
THEY KNOW IF THEY LOSE IT’S OVER.
THE TIME TO FIGHT!!!!!!!! IS NOW.
GOOD V EVIL
HUMANITY IS AT STAKE
DROP THE MEMES
SILENT MAJORITY NO MORE
BE LOUD – YOU HAVE A VOICE
ARE YOU REGISTERED?
VOTE THEM ALL OUT
PREPARE
RED OCTOBER
WE STAND TOGETHER.
Q

Is internet infrastructure being safeguarded to prevent shut down?

Always remember, there cannot be a 2024 election unless we expose the 2020 election fraud, the [DS] system of cheating.

The [DS] is no longer hiding in the shadows, they are in the light, you can see their plan and as each day passes they become more outspoken (say the quiet part out loud), as the people continue to push back they become angry, and they reveal their true selves.

This was not simply another 4-year election, but, a crossroads in the history of our civilization that will determine whether or not, WE, THE PEOPLE, reclaim control over our gov’t and country

The D’s [DS] control it all, house, senate, presidency

This will be the path forward (w/ public outrage) to JAIL many so-called ‘untouchables’.

This will be the END of the D party.

Justice K >>> Highest Court in the Land.
Law & Order [majority] [U.S. Constitution] safeguarded.
IT WAS OUR LAST CHANCE TO SAVE IT [Non-Force]
https://www.youtube.com/watch?v=G2qIXXafxCQ
Think HRC win >> SC appointments >> SC ‘Corrupt’ TILT [ex: LL]
Now comes the real PAIN.
Now comes the real TRUTH.
BOOM
BOOM
BOOM
BOOM
They want you DIVIDED.
DIVIDED by RACE.
DIVIDED by RELIGION.
DIVIDED by CULTURE.
DIVIDED by CLASS.
DIVIDED by POLITICAL AFFILIATION.
DIVIDED YOU ARE WEAK.
TOGETHER YOU ARE STRONG.
This movement challenges their ‘forced’ narrative.
This movement challenges people to not simply trust what is being reported.
Research for yourself.
Think for yourself.
Trust yourself.
This movement is not about one person or a group of people.
WE, the PEOPLE.
Save the Republic!
Hatred and Dissension in the Nation will Heal.
WHERE WE GO ONE, WE GO ALL.
Q 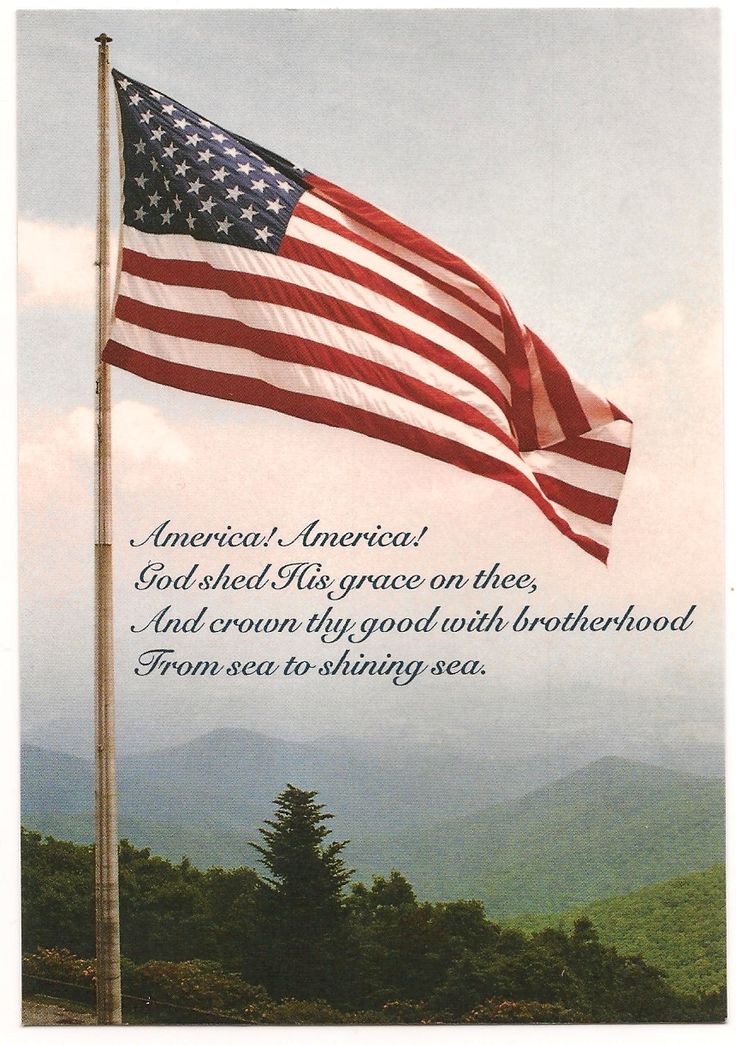 “Freedom is never more than one generation away from extinction. We didn’t pass it to our children in the bloodstream. It must be fought for, protected, and handed on for them to do the same, or one day we will spend our sunset years telling our children and our children’s children what it was once like in the United States where men were free.”
“You and I have the courage to say to our enemies, “There is a price we will not pay.” “There is a point beyond which they must not advance.”
“We’ll preserve for our children this, the last best hope of man on earth, or we’ll sentence them to take the last step into a thousand years of darkness.”
-Ronald Reagan
[BOOM WEEK]
Q

World stalemate. Must bring the whole world to a stalemate. Stalemate = no world war.
We all have the goods on everyone else.
That’s part of the reason why some things that tie back to foreign heads of state will remain classified (not all).
We are in one of the most critical times of our country. Trump and others are working to balance the we’re doing well for America (for the common person to endorse) while at the same time purify our govt and remove the bad actors who are entrenched. There is so much string pulling and blackmail that we need to cut these off to truly gain the power granted to us by the Patriots and hard working people of this great country.