Skip to content
Reports
July 9, 2021 x22report
SPREAD THE WORD
The people are now waking up, they realize the new system the [CB] is trying to push everyone into will not be based on credit score alone, this will go much further than that. The [CB] wants to do the same thing that China has now a social credit score. Steve Wozniak says that Bitcoin is the most amazing mathematical miracle, interesting. The [DS] is doing everything they can from keeping the truth from coming out. [JB] is letting everyone know that he will retaliate against Russia for cyber attacks, playing up the narrative. Trump is now suing big tech, but he is going after congress, because in the lawsuit it is alleged that congress colluded with big tech to censor people. This violates the rights of the people. Trump during an interview said everything with him is a war, an informational war.

Ep 2989b – China Owns Biden, Trump Sends Message To China, Time To Go On The Hunt

Ep 2989a – The D’s Say The Quiet Part Out Loud, GND Failing, [CB] Pushes Economy Over The Edge

Just imagine the next time you go to get a mortgage for your home.  You wouldn’t go down to your local Wells Fargo branch, you would go directly to Jerome Powell.  Right, and they would determine whether or not you get that loan and what the interest rate would be and therefore they can control the amount of dollars in the system.

Another reason this is so important for people to understand is right now the amount of lending in the system is constrained by the amount of individuals or entities in the system that can actually pay back the loans.  Right, commercial banks are constrained by a profit and loss.  The FED is not contained by a profit and loss.   So they wouldn’t have to use a credit score, as an example, to determine who gets a loan and who doesn’t get a loan and at what interest rate.  They could use a social score like we’re kind of seeing in China.

“It’s worth remembering the cynical way he [Joe Biden] used his son, Hunter, to generate cash for the family.”https://t.co/f8bGFlpwIz

““I hope you all can do what I did and pay for everything for this entire family for 30 years,” Hunter wrote in a 2019 text message to his daughter, Naomi.

“It’s really hard. But don’t worry, unlike Pop [Joe], I won’t make you give me half your salary.””

Why is a Fusion GPS attorney risking sanctions?

The early work on the Carter Page research from July 2016.

CIA [BRENNAN] FORCE?
Seth Rich internal DL hand-to-hand pass USA?
Crowdstrike code insert?
If FBI [CHAIN OF COMMAND] was corrupt what other investigations were corrupted?
WHO DID THEY PROVIDE COVER FOR?
HOW FAR BACK DID IT GO?
Q

Reminder: ISPs are not blocking, throttling, and discriminating against content. Hysteria over #NetNeutrality was baseles and the absurd predictions never came to pass.

There is plenty of discriminatory conduct online, just not at the network layer. Look elsewhere in the stack. pic.twitter.com/Ov7Ifs7xRa 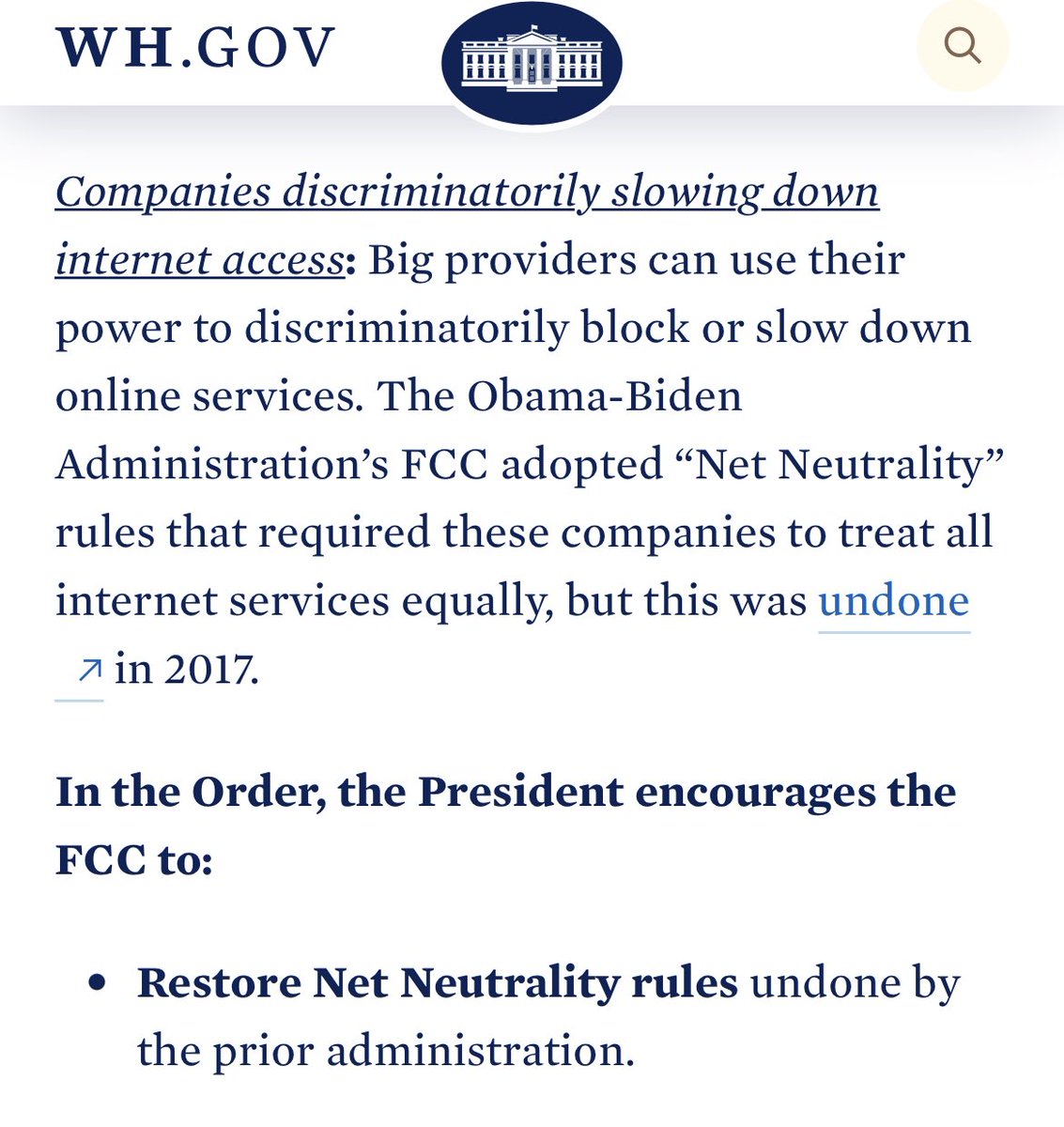 Democrats: Trump led an insurrection against the United States Government when he fired up his supporters to storm the Capitol❗

Also Democrats: We rejected Trump’s request for increased security and thousands of National Guard troops around the Capitol❗

Fencing which has encircled the Capitol since the January riot expected to begin coming down today pic.twitter.com/wCH9pRzBR5

Panic in MI– AG Nessel opens probe into Matt DePerno’s efforts to raise funds for grass roots audits supported by WE THE PEOPLE.

White House Announces Joe Biden Trip to Philadelphia to Fight Pennsylvania Senate Audit of Election Result, The Election Corruption Must Be Maintained At All Costs 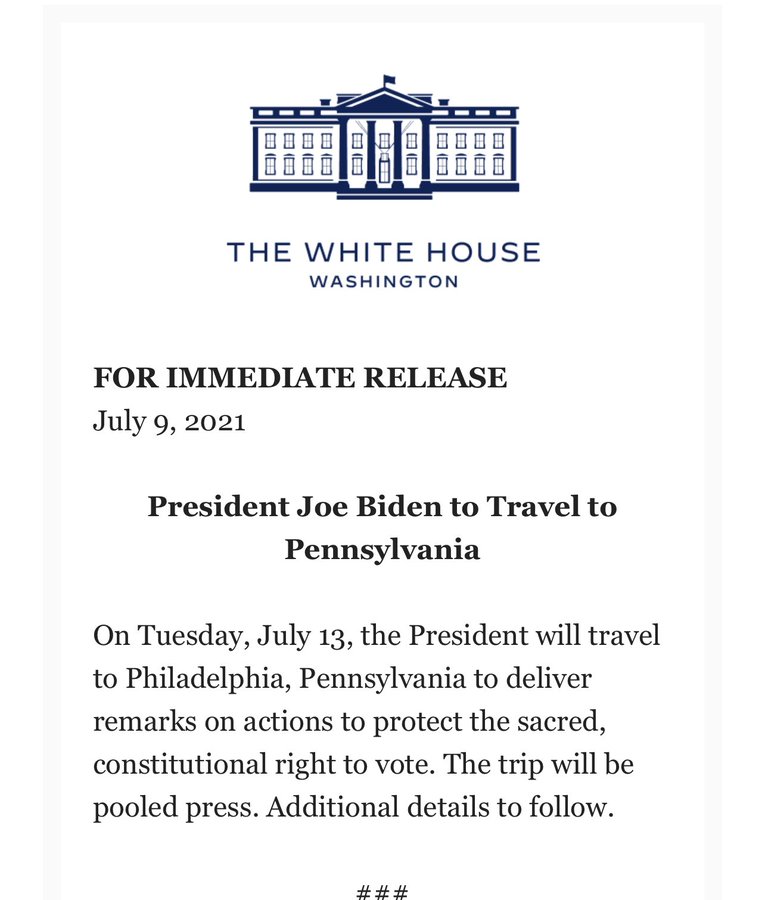 Reporters Asked if US will deliver ‘consequences’ to Russia for ransomware attacks, Biden says ‘yes’

Following an executive order signing ceremony, a reporter asked Biden “if there will be consequences” for Russia, to which the president responded simply, “Yes.”

Trump announces a new platform that he is developing
Jason Miller announces he is leaving Trump org to become the ceo of gettr
Gettr is open to the public Trump does not make the announcment to join
Trump announces that he is filing a class action lawsuit against fb, tw, yt
Trump is fighting this battle in the florida courts
Reporters asked if he would return to twitter and other platforms

What will the platforms use as a defensive argument, well they have to fall back on the Jan 6th fake insurrection
During this process Trump lawyers get to discover

I think I’ve had discussions w/enough Boomer-tier Trump supporters who believe the 2020 election was fraudulent to extract a general theory about their perspective. It is also the perspective of most of the people at the Capitol on 1/6, and probably even Trump himself. 1/x