Banks are now scrambling they know something is coming, WF decides to end credit for customers. Trump releases the bait, will the [CB]/[JB] take it. The people must see it and experience everything the [DS]/[CB] want to demand change. China [CB] are now pushing their agenda, push everyone away from crypto. Trump and the patriots are continually pushing the facts and truth out to the public. Trump says the facts are coming out so fast it’s like the fast and the furious. The election fraud is going to be seen in each state and people are going to realize that this is not a glitch. The [DS] is preparing to make their move when the truth comes out, it is timed perfectly with the great reset. Prepare for zero day. The patriots know the playbook, red lines will be crossed and countermeasures are in place. Ep 2524b – Facts Are Coming Out At A Level Which Can Be Called“Fast & Furious”,Let’s See What Happens Wells Fargo is ending a popular consumer lending product, angering some of its customers, CNBC has learned.

The bank is shutting down all existing personal lines of credit in coming weeks and no longer offers the product, The revolving credit lines, which typically let users borrow $3,000 to $100,000, were pitched as a way to consolidate higher-interest credit card debt, pay for home renovations or avoid overdraft fees on linked checking accounts.

Very important that Senate Republicans not allow our hard-earned tax reductions to be terminated or amended in an upward trajectory in any way, shape, or form. They should not be making deals on increasing taxes for the fake infrastructure proposals being put forward by Democrats, almost all of which goes to the ridiculous Green New Deal Marxist agenda. Keep the Trump Administrations tax cuts just where they are. Do not allow tax increases. Thinking about it, I have never seen anything so easy to win politically. Also, RINO Republicans should stop negotiating the infrastructure deal—you are just being played by the Radical Left Democrats—they will give you nothing!

President Joe Biden fired Andrew Saul, the commissioner of the Social Security Administration on Friday after Saul rebuffed a White House request to resign. Saul is disputing that Biden can fire him, pointing to the fact that his term expires in 2025.

“I consider myself the term-protected Commissioner of Social Security,” Saul told The Washington Post. He said he intends to sign into work on Monday as usual. His deputy was also fired.

Saul was nominated to the position by Donald Trump in 2019 and was confirmed by the Senate by a vote of 77 to 16.

Not only that, Trump got a standing ovation as well:

Biden & the Big Tech Fools on the Hill

James Clyburn told Hasan: “I’m out here with the voters every day. I did a town hall meeting last night in Jasper County, South Carolina, and I can tell you, defund the police is a non-starter even with Black people, and if you don’t think that’s true, then look at the results of what just happened in New York City’s election. So the proof is in the pudding. I know what I’m talking about, I’ve talked to I talk to people every day, and defund the police is a chokehold around the Democratic Party.” The Department of Justice has committed to paying over $6 million to a multinational firm to create a database to host the reams of data prosecutors are gathering in cases against accused participants of the Jan. 6 riot at the U.S. Capitol.

Deloitte Financial Advisory Services, LLP was contracted in late May to help develop the database and the government has started transferring a large volume of materials, including tens of thousands of records from the U.S. Capitol Police, prosecutors said in a court filing this week.

“Following the Capitol Breach, the United States recognized that due to the nature and volume of materials being collected, the government would require the use of an outside contractor who could provide litigation technology support services to include highly technical and specialized data and document processing and review capabilities,” prosecutors wrote in the filing, which was submitted in a case against several accused Capitol rioters.

The government will work with Deloitte to process, review, and produce material related to the breach, using various tools to redact certain personal information.

FENCE COMING DOWN AROUND THE CAPITOL

Dear Ka-Mah-La,
FYI, I know this might surprise you, but out here in the boondocks, I can get a copy made at:
Any neighbor’s house
The Water Company
The County Offices
The Sheriff’s Office
Any CPA’s office
Any attorney’s office
The Library
Any bank
Any hardware store
Any church
Any grocery store
And that’s the short list…
And just in case somebody makes you visit the border again, we have all the modern conveniences, too, including but not limited to, the internet, computers, smartphones, and our own printers. 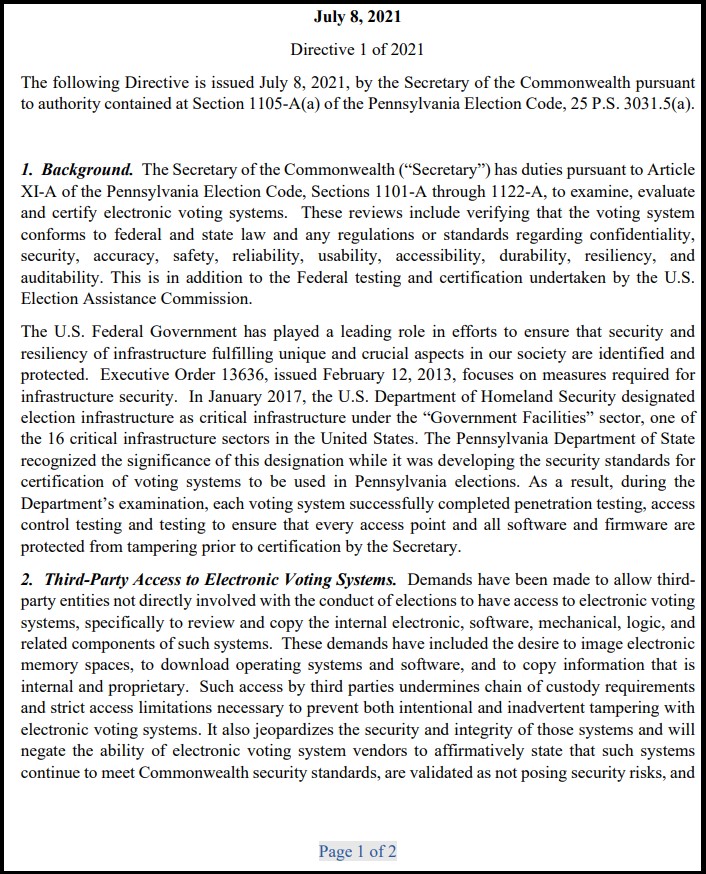 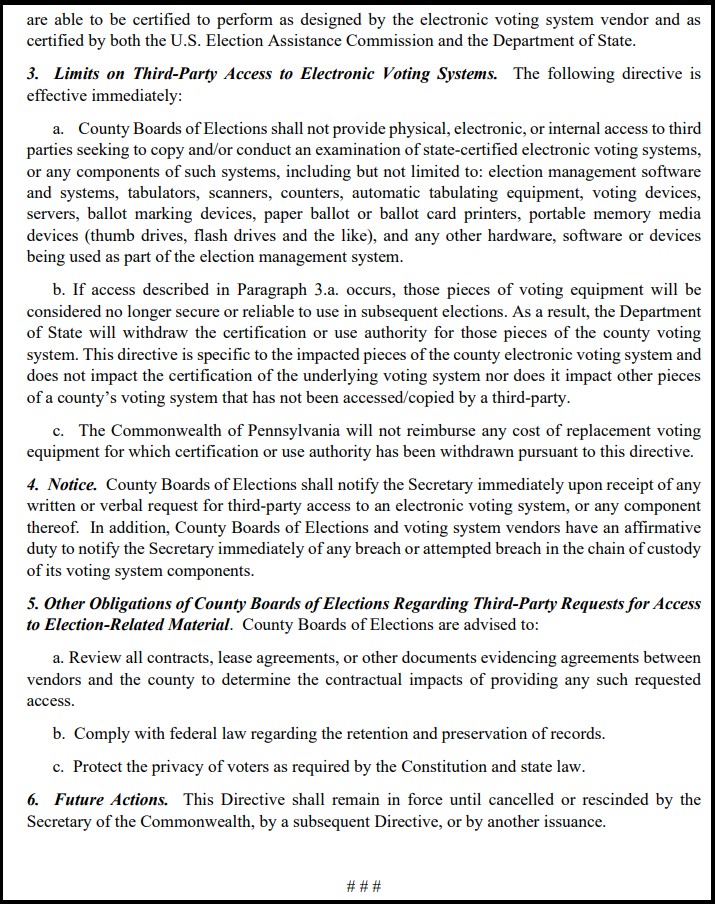 If Biden won the election by legitimate means then he would obviously welcome state audits to confirm his victory.

So doing the opposite tells you what? https://t.co/ybiwuzZXmF

Since the 2020 election results are already ‘accurate & the process secure’ any & all audits will end in embarrassment for their sponsors. And in politics, when your opponent is in the process of destroying his/her credibility, you stand out of the way. You don’t do this 👇 https://t.co/okM7m1ZUes

Very interesting, funny, yet sad, that every time I read or hear a story in the Lamestream Media about the 2020 Presidential Election Scam, it always is preceded by the fact that, “while no evidence of voter fraud is available,” or statements to that effect, this could not be more incorrect or “fake.” Massive evidence has been accumulated which shows voter fraud at a level that is virtually beyond comprehension. The Radical left writers say this nonsense over and over again, and so does the Fake News Media. What is true, is that as evidence comes out, they don’t write about it or bring it forward in any way, shape, or form. Nevertheless, and fortunately, it gets out through the internet and other methods, and the feeling of a Fake Election is stronger now than ever before. Check out the recent story of 35,000 votes in the great State of Georgia, and watch what is happening in Arizona, New Hampshire, Pennsylvania, and other States. The only reason Detroit, Michigan, is not yet under investigation is because the Republicans in the State Senate are a bunch of weak RINOs that are afraid to act. Detroit is one of the most corrupt places on Earth, and the information is coming out, and fast. In any event, Mainstream Media should stop saying that, “while all the allegations are false,” when they know the exact opposite is true. People and facts are coming out at a level which can only be called “fast and furious.”

I think I’ve had discussions w/enough Boomer-tier Trump supporters who believe the 2020 election was fraudulent to extract a general theory about their perspective. It is also the perspective of most of the people at the Capitol on 1/6, and probably even Trump himself. 1/x

7 thoughts on “Facts Are Coming Out At A Level Which Can Be Called“Fast & Furious”,Let’s See What Happens – Ep. 2524”