Skip to content
Reports
December 8, 2020December 9, 2020 x22report
SPREAD THE WORD
96,514
BJ gave into the EU, the UK pulled offending clauses out of it’s intermarket bill. The BREXIT is not complete, this is the beginning stages. The establishment just confirmed they have been waiting for [JB] to get into office to move forward with their Great Reset. The BIS just signaled the Great Reset. Why interfere with an enemy while they are in the process of destroying themselves. The [DS]/MSM system is now being exposed to the country, fraud is being exposed and how they tried to get around the constitution. Now Texas is suing other states, in their lawsuit they state that these particular states violated the constitution. Trump and the patriots have the upper hand, everything is coming together, Durham, special counsel, constitution was violated during the election, crimes against humanity, this is just the beginning. Ep 2348b – Countermeasures Initiated, The Constitution Will Destroy The [DS] The UK and EU has struck a compromise “on all issues” in the Withdrawal Agreement Joint Committee, Michael Gove has confirmed. The Chancellor of the Duchy of Lancaster was in Brussels yesterday, in a bid to agree all outstanding issues, including those relating to the Irish border. The agreement means that concerns over the EU’s threat that it will check goods travelling between Great Britain and Northern Ireland have been resolved.

The BIS Issues A Dire Warning: “We Are Moving From The Liquidity To The Solvency Phase Of The Crisis”

NEW – Billionaire Mark Zuckerburg may have unlawfully interfered with the US election if allegations of biased funneling of donations to election officials and biased censorship of content on Facebook’s platform turn out to be justified.

JUST IN – #Pennsylvania has filed its brief (requested by Alito) to the Supreme Court. They basically urge the court not to open pandora’s box even if federal laws of the US constitution have been violated. pic.twitter.com/OId7w3GnNH

The nation’s attorney general, former election security chief, and countless judges have confirmed there’s no evidence of widespread fraud in the 2020 election.

It’s time for Republican leaders to put America first and stop these attacks on our democracy. https://t.co/TDGUwzUOG8

Georgia Lt. Governor @GeoffDuncanGA is a RINO Never Trumper who got himself elected as LG by falsely claiming to be “pro-Trump”. Too dumb or corrupt to recognize massive evidence of fraud in GA & should be replaced! We need every great Georgian to call him out! #SpecialSession!

.@GovKemp misstates the law. You might want to read the Constitution, Governor.

Thankfully for Georgia, the state legislature doesn’t need him — he has no authority under Article II and cannot prevent them from exercising their constitutional power.https://t.co/RuOEUTjX08 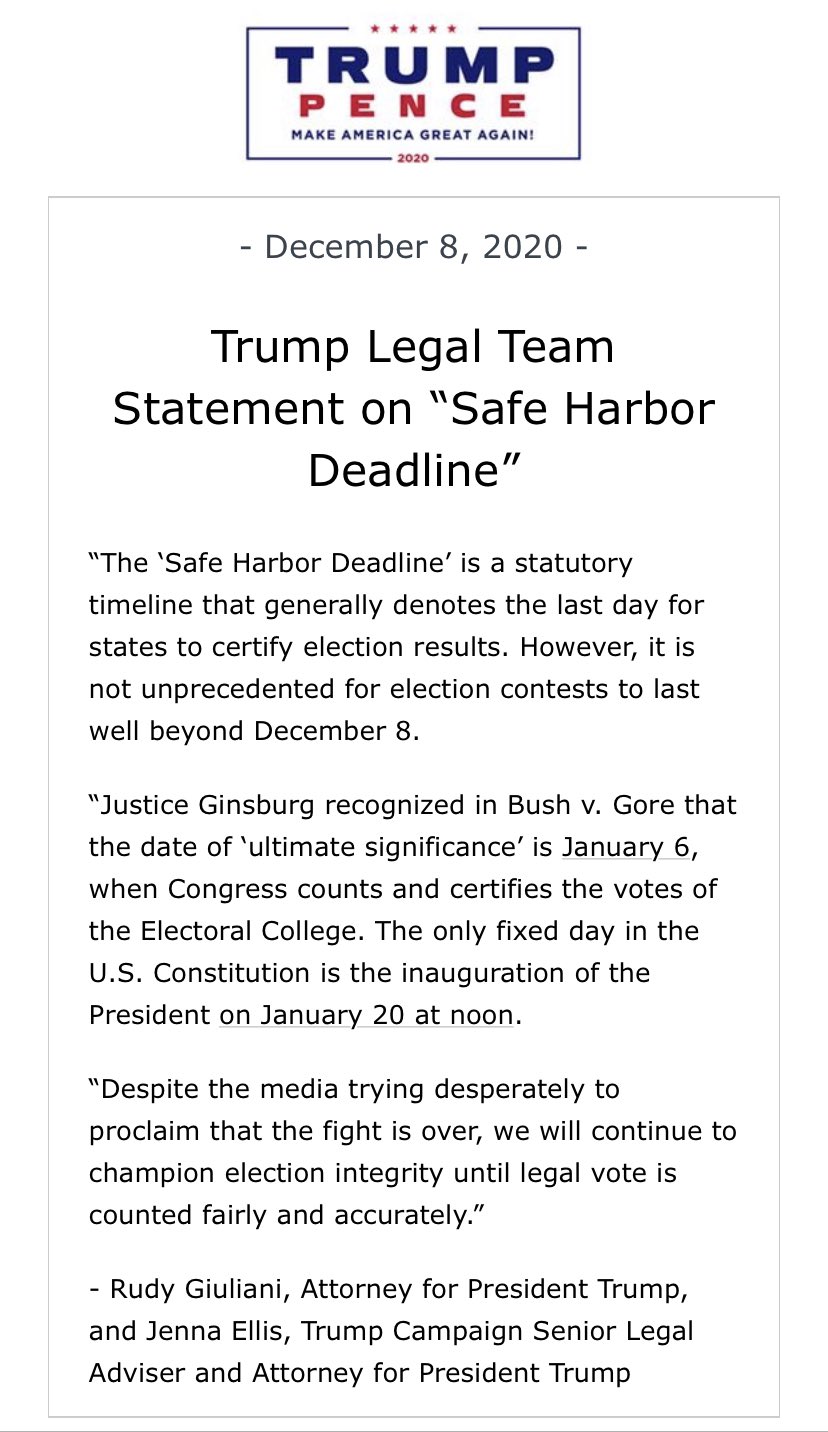 1. Unconstitutional changes to election laws
2. Unequal treatment of voters within each state
3. Voting irregularities “consistent with
the unconstitutional relaxation of ballot-integrity
protections.”

The state of Texas has sued Georgia, Michigan, Pennsylvania & Wisconsin over election irregularities!

And this. Here Texas is explaining why it has standing, i.e., how IT, as a state, was injured. pic.twitter.com/LI36UOw57C 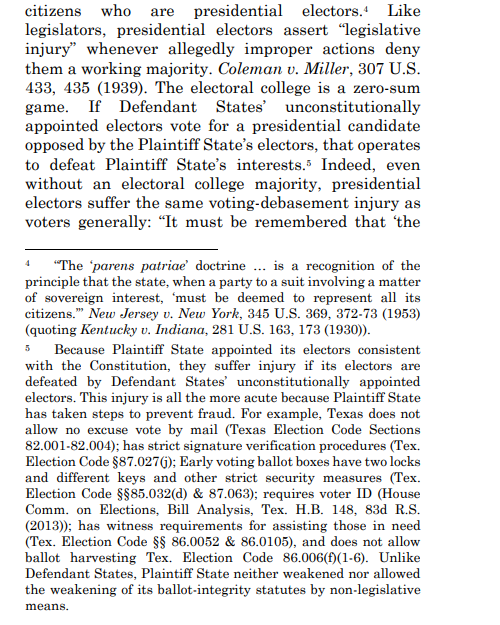 Have any other states joined Texas’ lawsuit yet? If not, they will. Here’s the tell: “Plaintiff StateS” pic.twitter.com/N6UnXpQa61 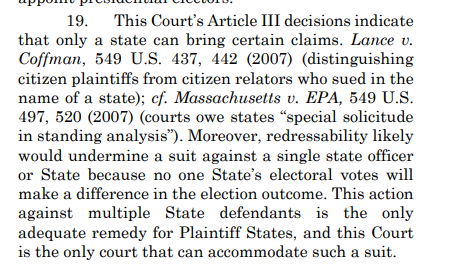 According to the Texas lawsuit: 🚨 The probability of former Vice President Biden winning the popular vote in the four Defendant States—Georgia, Michigan, Pennsylvania, and Wisconsin (given the circumstances)-is less than one in a quadrillion, or 1 in 1,000,000,000,000,000.

THE SUPREME COURT WILL LISTEN TO THE TEXAS CASE AGAINST THE OTHER STATES, It Has Begun

Source: thegatewaypundit.com
Report: Professor Claims That China Has Long Had ‘Old Friends Who Are At The Top Of America’s Core Inner Circle’

Its all moving to the Supreme Court, the MSM will do the exact opposite of what they did with Russian Collusion, Impeachment, with those cases they said they have it all, the walls are closing in on Trump, with the cases headed to SCOTUS they will say there is nothing there, remember its always the opposite of what is really going on.

Look how its all starting to come together, Trump has the constitution on his side, these governors tried to create laws because of pandemic. These laws do not override the constitution, Trump is now calling them on it.  The MSM does not call the election, they tried to make the public believe this, the only strategy they had was cheat, have the MSM call the election in favor of Biden, have the SM put lables on everything that says their is no such thing as election fraud, and this was all pushed to have Trump concede, this is the only way Biden could win, the [DS] system is about to come down around them . Every path from that point forward favors Trump.

Judge Sullivan has granted the DOJ Motion to Dismiss as Moot (due to pardon).

Sullivan: “ORDERED that this case is DISMISSED AS MOOT.”

Her Majesty’s dog passed away https://t.co/yCZgToqn8y

8 thoughts on “Countermeasures Initiated, The Constitution Will Destroy The [DS] – Ep. 2348”