Ep 2738b – Did Trump Reveal A Clue? Do You Attack And Remove Queen Mid-To-End? The [CB]/[DS] players just confirmed that the New World Order and the Great Reset were never conspiracy theories, they are now the truth. The patriots already know the playbook, the people are awake, their plan is in trouble. The [CB] is proceeding without a cover story. The [DS] is now in panic mode. The fake news was forced to broadcast the [HB] laptop story because they were tipped off that indictments are on their way. They are trying to spin it as best they can. Soon as more info continually drips out and then turns into a flood they will need to shut it all down. Trump sent a clue, and let us all know the direction of the plan. @Q sent a message, and displayed the Queen card, the Queen protect the King, when do you remove the queen mid to end.

Omg the New World Order is a right wing conspiracy theory… um. Wait. Well I guess they’re saying it out loud now. The time between some thing being called a conspiracy theory and it coming out as 100% accurate is shrinking drastically. https://t.co/H5m7GmifYf

This is Bidenflation. SF Fed chart literally shows the impact on inflation of Biden’s $1.9T 3/21 gov’t spending spree. It shows US inflation vs that in Canada, Denmark, Finland, France, Germany, Netherlands, Norway, Sweden, & the UK – the chart ends before Russia invaded Ukraine. pic.twitter.com/aEJyglsI0Q

My conversations with Disney employees support this claim. They are silent because their woke coworkers are vicious & threatening & they fear for their jobs.

Disney insiders tell me internal pride slack channel is already incensed about this tweet & have reported Castillo to HR. https://t.co/5Vo3kPe0xK

So @Disney employees purposely put sex-related material into media directed at children. Is this a matter for prosecutors? https://t.co/7Km05TTh5N

Suddenly newsworthy after 18 months of suppression??? 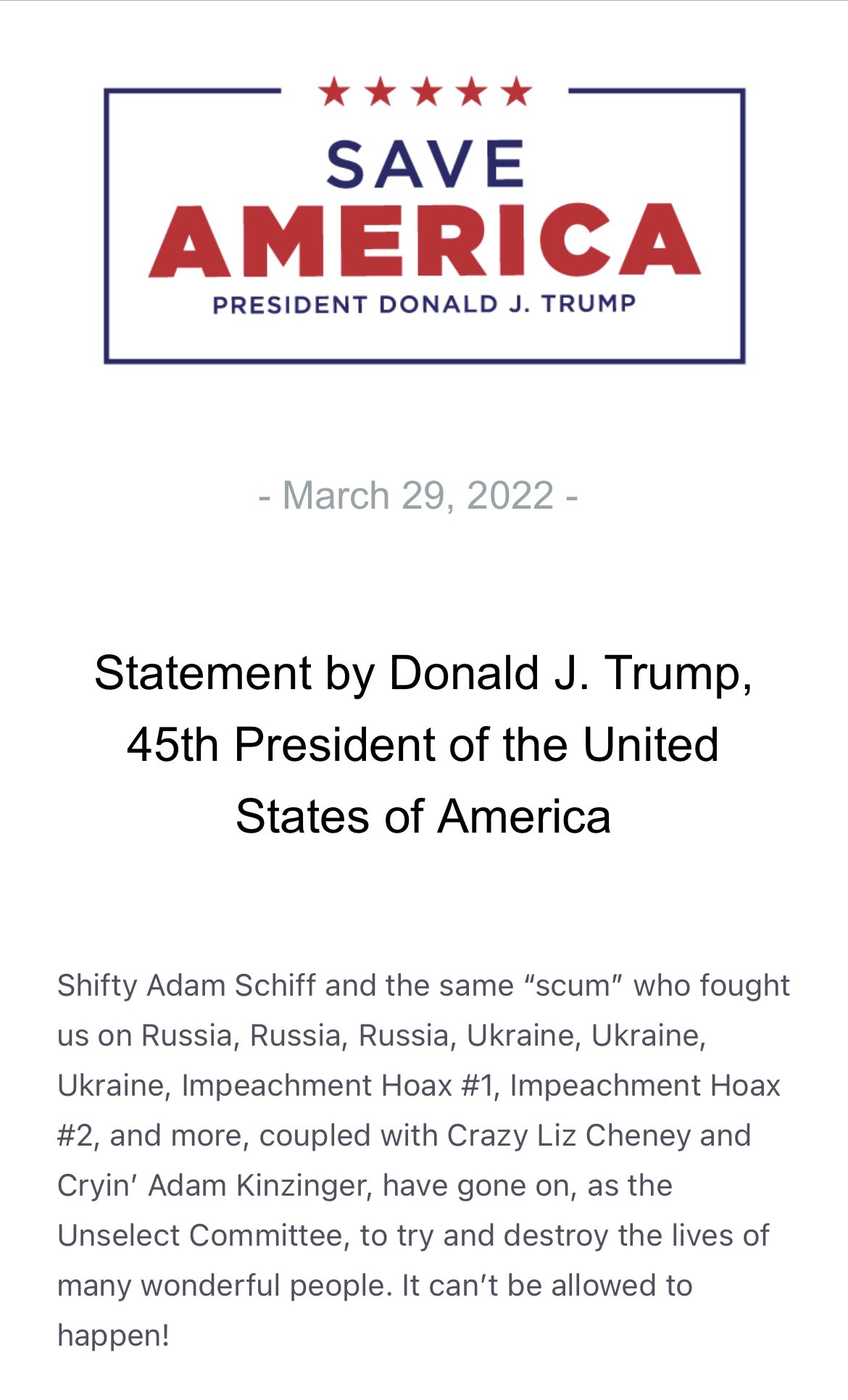 How oppressive and obvious is Twitter’s shadowbanning of conservatives?

The same message on Truth Social got 2x the engagement as it did on Twitter despite an audience that’s 95% smaller (17k followers on Truth vs 320k on Twitter while being shadowbanned). pic.twitter.com/nqojZsrXnx

‘We are not prepared’: Russia uses artificial intelligence, deep fakes in propaganda warfare

From EO: Here is a copy of the documents via Just the News and Empower Oversight. 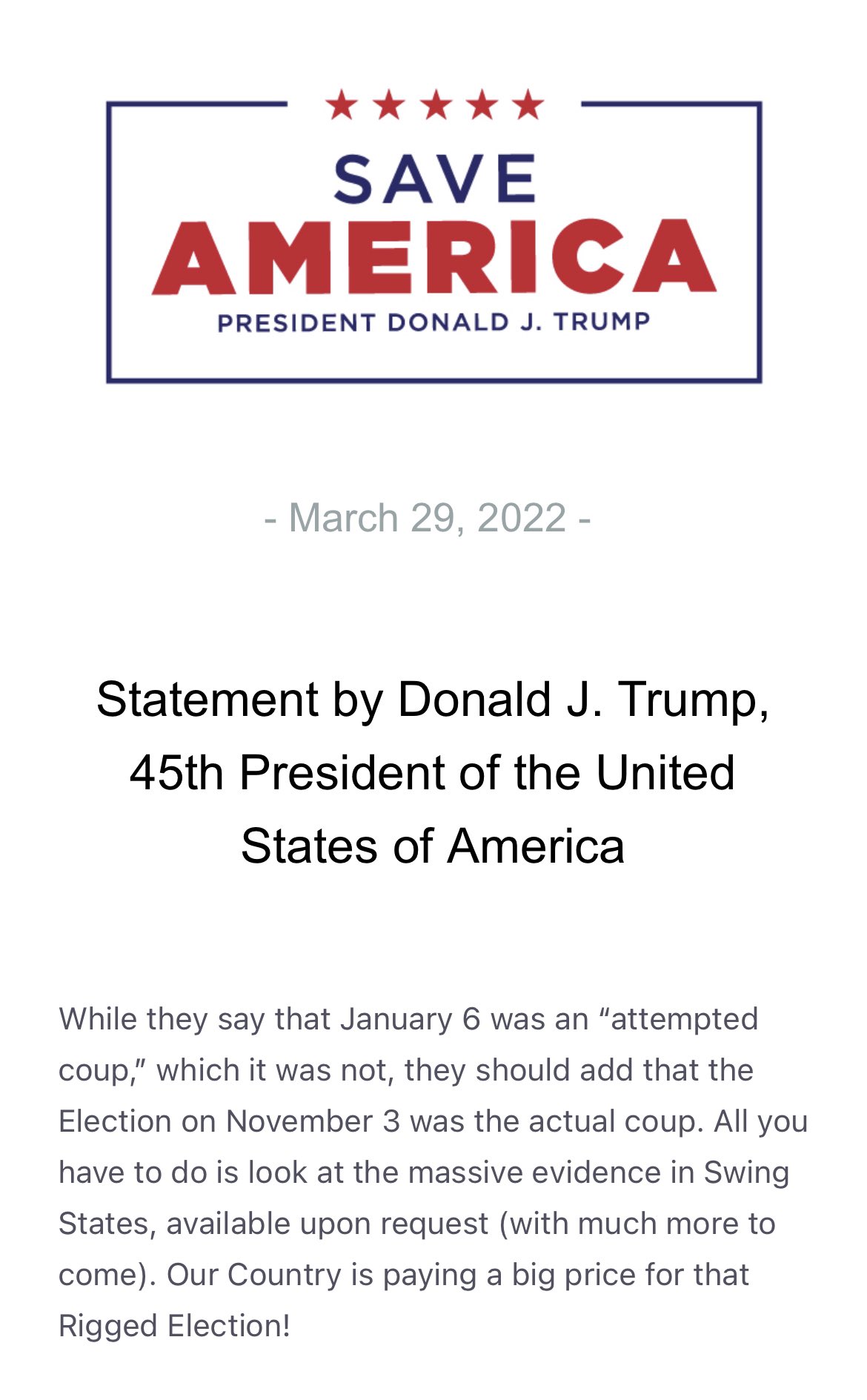 Wait till she sees the shit the Joe Biden’s family members have done I’m sure she’ll be outraged. Right?!? https://t.co/oFww9lKvrU

To answer this we need to understand exactly what a continuity of government plan accomplishes.

Here is the definition of COOP:

The “disruption of normal operations” was the theft of the 2020 election involving a foreign government and (if you read Devolution – Part 19) transnational criminal organizations.

Here is the definition of Devolution:

At the same time that he issued Executive Order 13961, he issued the Federal Mission Resilience Strategy.

POTUS45: “Look at Wisconsin what’s going on. I think they may decertify their election.

Trump already let us know that he is not going to be speaker of the house, there is another way, so when we look at the 1947 act there is a specific line that states the following “The original act called for a special election in the event of a “double vacancy” of both the President and Vice President.”

think about what is going on with Biden and Hunter, J Biden is compromised, the crimes will be produced, then Trump also states that Wisconsin might decertify, which means other states will begin to decertify, so put it all together, crimes plus overthrowing a duly elected president with the help of foreign government and treasons individuals in this country, will this create a vacancy.

The only big inaccuracy in this spreadsheet is the definition of “parčáħ”: it means king/queen/ruler

“Once a learned person wants to understand their submission the rulers are destroyed.”

Something to that effect. I don’t speak Archi. Doesn’t help that it’s technically not a written language.

@q is saying the latest definition is incorrect