Trump met on the sidelines with BJ to discuss many different topic, one of those topics was trade. Is Trump negotiating a trade deal with BJ once the UK breaks free of the EU? Trump is preparing for the transition, he is now cutting the expenses of the government. Trump is now attacking the [CB],[DS] from every angle. The [DS] held their fake impeachment hearing. This hearing was part of the patriots plan, it needed to go mainstream first, the people need to be educated on how administration should never work with a foreign government to interfere with the US elections. The hearing explained it all to the people of the US. Phase III is coming, house is about to be brought down. The [DS] understands that this is the storm brought on by Trump. Q drops more bread, arrest coming soon.

Trump meets with UK’s Johnson on sidelines of NATO gathering

Enjoyed my meeting with Prime Minister @BorisJohnson of the United Kingdom at @10DowningStreet last night. Talked about numerous subjects including @NATO and Trade.

Perfect Storm: Trump Admin To Cut 750,000 From Food Stamps Ahead Of Recession

Did you see what the patriots just did, the professors are educated the the population, this fake impeachment is televised on the MSM, they are explaining how a foreign government should never interfere in a US election and the founding fathers warned about this, the professors are now explaining the constitution to the people, this is needed so the people understand how bad this is, how do you educated a public about the constitution, how do educate the people of treason, high crimes and misdemeanors, how do you show how elected officials violated these laws, how do you show how important elections are, how do you show how distortions, manipulation to elections takes the right of voters away. Prof Michael Gerhardt gave examples from Nixon, charged him with abuse of power by using the FBI, IRS etc to harass is political opponent.  This is how you educate the people, this is how you pass voter id laws, the professors just educated the people and let everyone know that nobody is above the law, plus the just laid out the constitutional foundation against the [DS] in what they did, we will talk about about this a little later, but first I do believe timing is everything, and we have spoken about Michelle OBama being the candidate that is waiting in the shadows, so today we have this

Today as we know Nadler is having Phase II of the fake impeachment, they are putting on the show to try to get the American people behind their agenda, they are checking the polls they are pushing it very hard, remember Nadler tried this with Mueller, and others they couldn’t get traction, so they switched tactics, Schiff had the closed door and public hearing which was phase I, it flopped, now they are hoping this will do the trick, but when you read Schiffs report, it reports on nothing,

We did find out something out that is very disturbing, Schiff /DS has been spying on Nunes, RG, John Solomon and more.

The mere fact I had numerous calls with the White House does not establish any specific topic. Remember, I’m the President’s attorney.

They’ve already taken away @realDonaldTrump’s right to call witnesses, cross-examine, confront his accusers, or be represented by counsel at hearings. Now he can’t talk to his counsel on the telephone?

This is CNN’s version of America? Coming to a theatre near you!

In a letter sent today, Rep. Jim Banks has asked Sen. Lindsey Graham to subpoena AT&T for the call records of Rep. Adam Schiff, former Vice President Joe Biden and his son, Hunter Biden, as well as the attorney for the Ukraine whistleblower, Mark Zaid

We’re starting to think that even @HouseDemocrats don’t know what they’re arguing for anymore.

Alexander Hamilton warned against exactly what Democrats are doing right now — “faction”-based impeachment springing from “animosities, partialities, influence and interest on one side,” rather than from clear evidence of high crimes.

In The Federalist Papers, the Framers expressed concerns that impeachment could be used “as a bridle in the hands of the legislative body upon the executive servants of the government.” What Democrats are doing today is precisely the abuse of impeachment power the Framers feared.

Prof Turley sums it up Take a listen

Turley to Congress: “If you impeach a president, if you make a high crime & misdemeanor out of going to the courts, it is an abuse of power. It’s your abuse of power. You’re doing precisely what you’re criticizing the president for doing.” pic.twitter.com/ipbh8EtyVw

Now we know the IG FISA report is coming out very soon, now we know the majority of the people are not going read it, so what is the MSM doing, they are projecting what they think its going to say attempting to shape the narrative, once it is release they will continue with tactic.  The Truth has a funny way cutting through propaganda.

The [DS] is now trying to dirty those who know the Truth, Nunes, John Solomon, RG, Flynn and more, Nunes is now going after the fake news media

It seems the FBI just keeps losing everything when it has to do with HRC,

And now we more and more information is being released about key players that are associated with JE.

the Clinton family bunked down in a special cowboy-themed village created by Epstein, which is a mile south of his own luxury mountaintop villa. They’d use one of the two guest houses, which look like they’re straight out of the 19th century.

BOOM! President Trump Calls Out “Two-Faced” Trudeau After Clip Goes Viral of Canadian Leader Mocking Trump When He’s Out of the Room (VIDEO)

Q has been posting about the fires in CA, that they were preventable but the corrupt politicians have using the fires to get money from the Federal Government, and where does this money go, into their pockets. 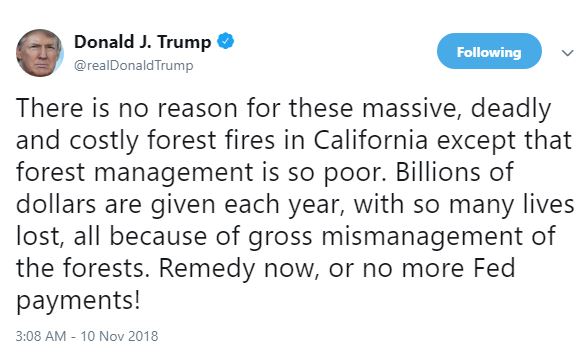 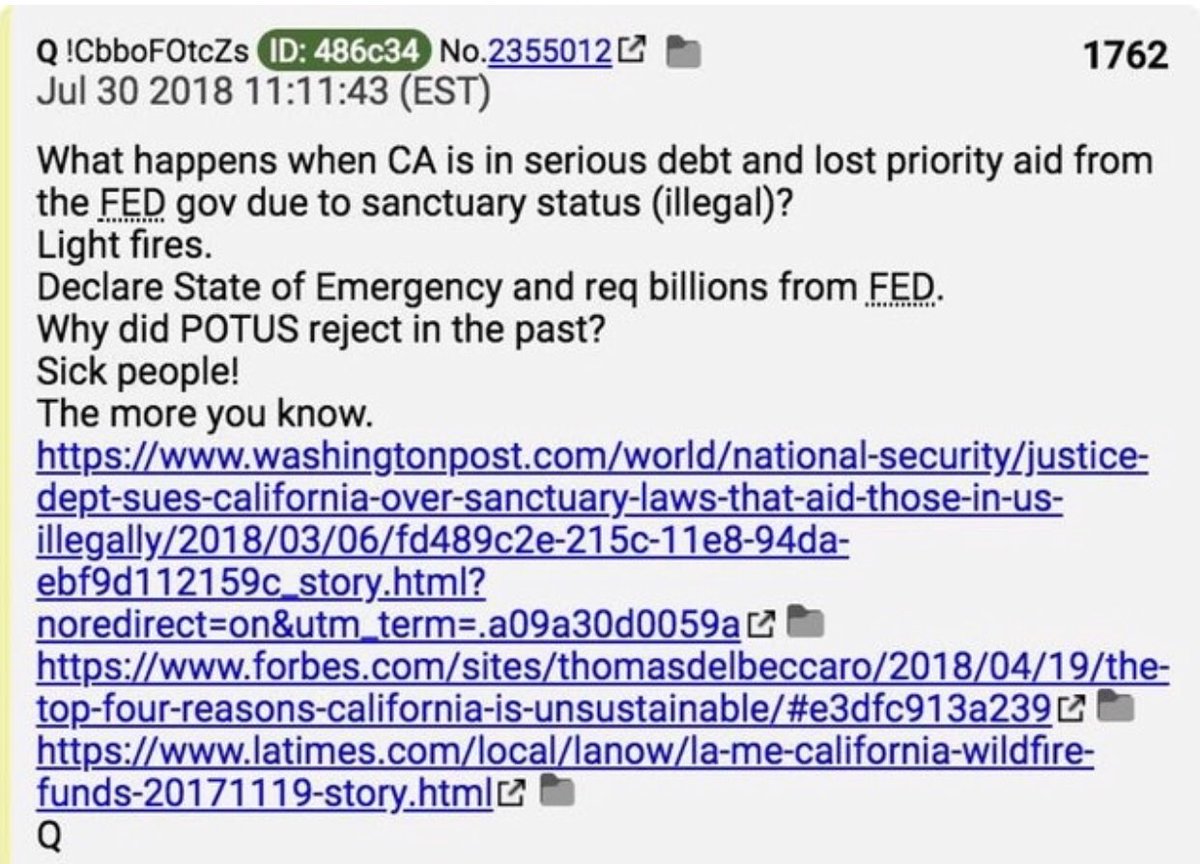 It’s Going to be Biblical

https://www.youtube.com/watch?v=YJnQnD9EXnw📁
This is a  short clip from the film “Law Abiding Citizen. Q mentioned the tag line “It’s gonna be biblical.” in post 3624, in this clip it says that they are going to take down the the whole disease corrupt temple down on your head.
Q

Last November, POTUS retweeted a meme calling for the prosecution of the swamp. Nov 2018

Did anyone notice the Youtube video that Q linked to was published on May 24, 2017?

That’s the same day POTUS met with the Pope and this imfamous photo was taken.

the DS knows that this is a storm, take a listen to nadler when he made his opening statement in the fake impeachment

BOOM….
“THE STORM IN WHICH WE FIND OURSELVES TODAY WAS SET IN MOTION BY PRESIDENT TRUMP” #QAnon @realDonaldTrump pic.twitter.com/uzDgh2TkyD

FISA.
FISA.
FISA.
[20]
There is a reason why we needed to go mainstream prior to the EVIDENCE being dropped.
You have more than you know.
D5.
WWG1WGA.
Q