The statistical economy is booming, unemployment low, gdp number high, stock market booming, jobless claims have dropped, and the MSM is talking about a recession. The [CB] is in a panic, they are being exposed. Trump is showing the people that there is no need for them. Trump is prepping the people for the transition, he just told everyone and China is the cover story. The [CB] is the target. The CEO of Overstock resigned. Obama’s are purchasing a multi-million dollar mansion. JW is in court fighting [HRC]. Guards are subpoenaed in the JE case. Red flag laws fizzles in senate. Federal Court Rules Electoral College Members Not Bound by Popular Vote. The Philly man was an FBI informant. This entire operation has been planned from the beginning, look at what had to be done at each stage. It’s coming, military timing.

Initial claims for state unemployment benefits dropped 12,000 to a seasonally adjusted 209,000 for the week ended Aug. 17, the Labor Department said on Thursday. .

The MSM is reporting that Trump has no idea on how to manage the economy, its making no sense, tariffs, crazy tax plans, etc….

Think about what is going on here, the [CB], MSM do want this CB economy to change, So what is trump doing, he is helping the cb economy, no, he is changing it, he is building a new economy outside of the establishment,

The MSM, CB no all of this and they are desparate to stop this, Trump continually hits the fed hard letting the world know it will be the Feds fault if the economy implodes, he tweeted out the following

Germany sells 30 year bonds offering negative yields. Germany competes with the USA. Our Federal Reserve does not allow us to do what we must do. They put us at a disadvantage against our competition. Strong Dollar, No Inflation! They move like quicksand. Fight or go home!

The Economy is doing really well. The Federal Reserve can easily make it Record Setting! The question is being asked, why are we paying much more in interest than Germany and certain other countries? Be early (for a change), not late. Let America win big, rather than just win!

By continually pushing the fed the MSM and the CB have become cornered and they are panicking, Trumps strategy is working, larry summers spills it all and is exposed. Remember cutting rates do not cause the recession raising them does, lowering the rates comes after the fed already pushed the economy into a recession or depression, Trump stopped this in time and now he is pushing the fed to lower and start stimulus

Summers begins his diatribe by addressing the big imminent issue ahead of us:

Coming into Jackson Hole, economists are grappling with a major issue: Can central banking as we know it be the primary tool of macroeconomic stabilization in the industrial world over the next decade? In my forthcoming paper w/ @annastansbury, we argue that this is in doubt. 1/

We usually agree w/ Janet Yellen, but believed at the time of her 2016 Jackson Hole speech -and believe even more in today’s world of 150bp 10yr rates- that her optimism about the existing monetary policy toolkit is misplaced. 5/http://www.federalreserve.gov/newsevents/speech/yellen20160826a.htm …http://www.washingtonpost.com/news/wonk/wp/2016/08/29/larry-summers-the-fed-shouldnt-expect-people-to-trust-its-approach-to-the-economy/ …

What did he say

and the rate cuts are useless (think mirror)

Now trump said something very interesting it was in regard to a recession.

Now as we know Q uses the kill brackets to show who is the target and who is next. Trump tweeted out Where is the Federal reserve in all caps and John from gab said the following https://twitter.com/SaraCarterDC/status/1146175340433367040📁
Imagine what would happen, if, by law, every US Congressman/woman, US Senator, President etc. was by US law audited every 1-2 years by an independent agency.
Imagine what would happen if those audits extended to all family members of such ‘elected’ official?
Would D’s continue to push for Foreign Aid to other C’s vs. the Homeland?
What happens when the kickbacks dry up?
M. Waters $4mm House?
N. Pelosi net worth $150mm+?
J. Biden son/brother net worth tens of millions?
Clinton family $200mm+ (pre election of BC less than $1mm)?
Obama family $40mm+ (pre election less than $1mm)?
Disguised under book deals?
………….
Those who take are offered more powerful positions within the party (controlled).
DRAIN THE SWAMP.
Q

Now as we know JW has been looking into Clinton and her email scandal, tom fitton tweeted out the followoing

HAPPENING NOW: Hillary Clinton back in federal court — against @JudicialWatch–fighting our request to question her on emails AND Benghazi!

Our legal team in court at 2 pm vs both Hillary Clinton’s lawyers AND, outrageously, DOJ lawyers defending her!https://t.co/kiaigJwGQu pic.twitter.com/McZ5aByhLW

Breaking: At Least 8 Jail Officials Knew Epstein Was Not to Be Left Alone Before His Death

The fact that so many prison officials were aware of the directive — not just low-level correctional officers, but supervisors and managers — has alarmed investigators assessing what so far appears to be a stunning failure to follow instructions, these people said.

On the Jeffrey Epstein investigation, as many as 20 correctional officers who work at the Metropolitan Correctional Center received grand jury subpoenas this past Friday.

FBI/DOJ very clearly being compelled to use subpoenas for information because employees of the jail have not been cooperative in the investigation. 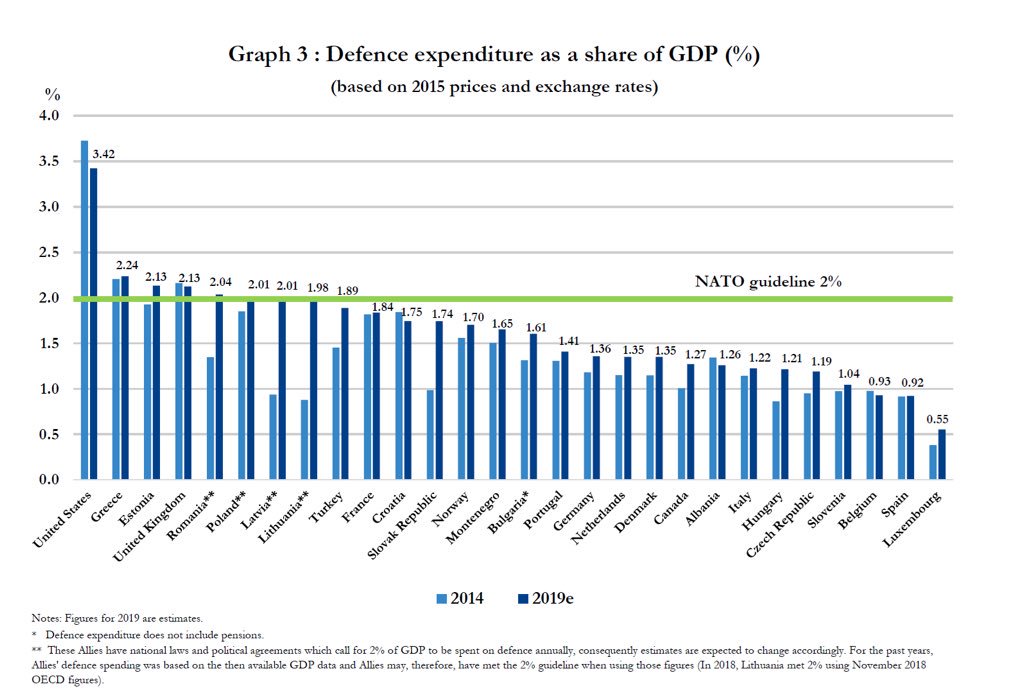 One thought on “Did You Catch It, Recession Narrative, It’s Happening – Episode 1950”