Skip to content
Reports
June 19, 2020June 22, 2020 x22report
SPREAD THE WORD
States are opening up, some states are seeing 90% of the economy operational, by next month most of the states will be very close to 100%.  The unemployment numbers are going to reverse, retail will reverse, this is building towards the new economy. The [DS]/MSM are throwing everything they have at Trump, none has stopped him. The patriots have now pushed the word traitor out into the public realm, it has begun. The veil of the [DS] is being lifted each and everyday and the public is seeing the difference between good and evil. The people are watching the [DS] transformation happen right before their eyes. The people need to see, they need to understand, that if We The People do not stop what is happening the country is lost.

It was not Ambassador Lighthizer’s fault (yesterday in Committee) in that perhaps I didn’t make myself clear, but the U.S. certainly does maintain a policy option, under various conditions, of a complete decoupling from China. Thank you!

Klobuchar says she is withdrawing from consideration to be Joe Biden’s VP Pick:

“I think this is a moment to put a woman of color on that ticket.”

“…If you wanna heal this nation right now, this is a helluva way to do it.”

I’ve not read the book, but from the excerpts I’ve seen published, John Bolton is spreading a number of lies, fully-spun half-truths, and outright falsehoods.

It is both sad and dangerous that John Bolton’s final public role is that of a traitor who damaged America by violating his sacred trust with its people. To our friends around the world: you know that President @realDonaldTrump‘s America is a force for good in the world. 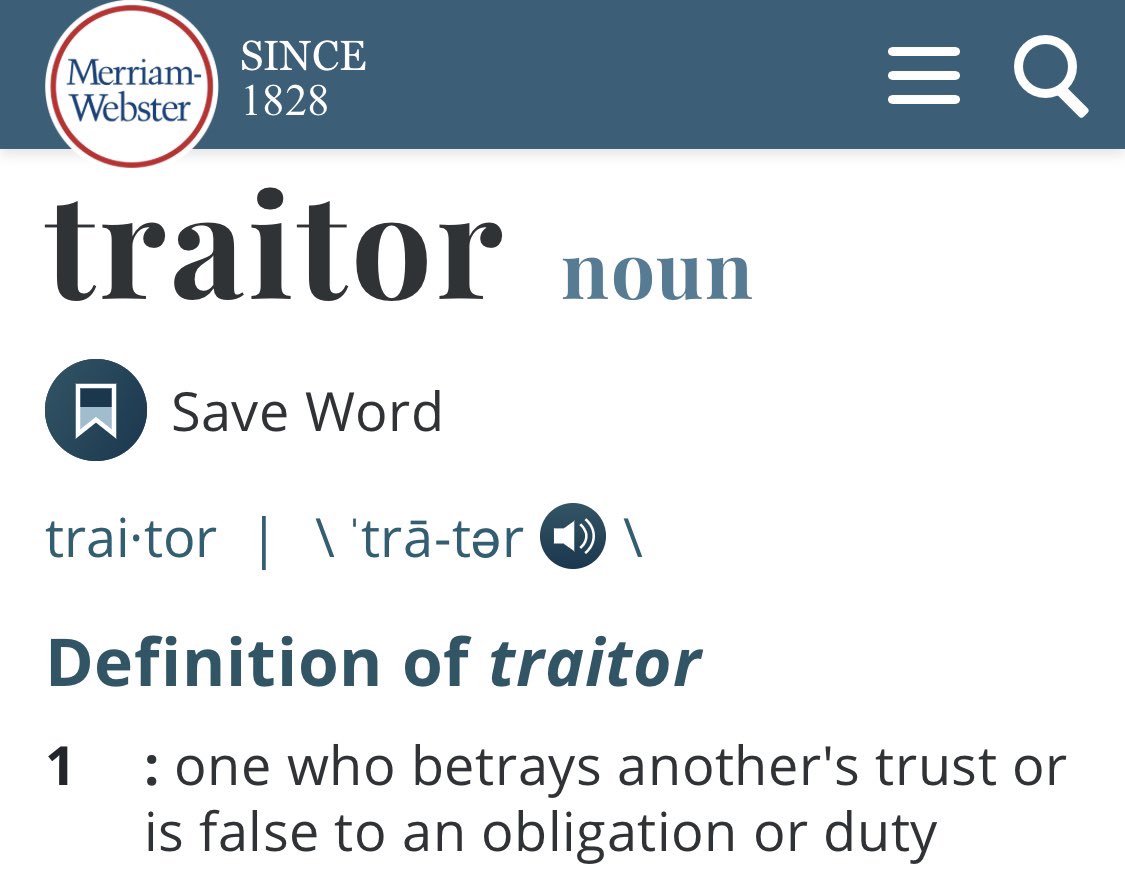 Why are the Democrats allowed to make fake and fraudulent ads. They should be called out. They did nothing when they had the chance. I have done FAR more than any President in first 3 1/2 years!

Dr. Anthony Fauci, director of the National Institute of Allergy and Infectious Diseases, served up harsh criticism of Americans  , asserting that the country suffers from what he described as an “anti-science bias” problem.

“One of the problems we face in the United States is that unfortunately, there is a combination of an anti-science bias that people are — for reasons that sometimes are, you know, inconceivable and not understandable — they just don’t believe science and they don’t believe authority,” Fauci told

“So when they see someone up in the White House, which has an air of authority to it, who’s talking about science, that there are some people who just don’t believe that — and that’s unfortunate because, you know, science is truth,” Fauci continued, referring to the White House coronavirus task force’s once-daily briefings.

Once you are exposed as a fraudster your domain expertise counts for nothing. Authority is always on loan, and never owned. The public are entitled to decide for themselves who they consider to be authoritative based on their track record. Science never offers 100% final answers. https://t.co/PxEAbrOdzg

Antifa rioters on Sandy Blvd. in Portland draped a US flag over a George Washington statue & set it on fire. They then toppled the statue. “Genocidal colonist” & “f— cops” are sprayed on monument. Rioters have began to build another autonomous zone nearby. pic.twitter.com/TrZkhPK9zp

Before they can create a new world order they need to  UPROOT and DESTROY the old one.   They’re not gonna stop with statues of Jefferson & Lincoln, or George Washington, it will then move to books, literature etc.

🚨CURFEW IN EFFECT FOR DOWNTOWN🚨

As part of our preparations for President Trump’s Rally this Saturday, we are working on making the area secure for everyone’s safety.

As posted earlier, the area illustrated in this map will need to be free of vehicles and pedestrian traffic. pic.twitter.com/uT76N0IWRc

Tulsa Mayor has rcvd info re: “individuals from organized groups who have been involved in destructive or violent behavior in other states are planning to travel to the City of Tulsa for purposes of causing unrest in and around the rally,” the order states.” https://t.co/ifMXGv7731

Any protesters, anarchists, agitators, looters or lowlifes who are going to Oklahoma please understand, you will not be treated like you have been in New York, Seattle, or Minneapolis. It will be a much different scene!

I just spoke to the highly respected Mayor of Tulsa, G.T. Bynum, who informed me there will be no curfew tonight or tomorrow for our many supporters attending the #MAGA Rally. Enjoy yourselves – thank you to Mayor Bynum! @gtbynum

A former Chancellor of West Germany, Berlin senators, bureaucrats, and members of the educational establishment have all been implicated in a network “in which paedophile positions were accepted, supported, and defended”, according to a report into the placement of homeless children with known paedophile foster parents by the German government.

For over a year, researchers at the University of Hildesheim have undertaken the examination of thousands of files in the Senate Education Administration in Berlin. The 57-page report, which was published this week, found that a “network of actors in the Senate administration and institutions of educational reforms during the home reform of the 1970s tolerated the establishment of shared apartments and foster homes for paedophile men”.

Big Tech Cozying Up to Pedophiles

In the past week alone, it was reported that Twitter has suspended journalist Andy Ngo for tweeting inconvenient facts about the purported “epidemic” of transgender deaths, and undercover journalism organization Project Veritas from running recruitment ads. But if you’re a pedophile who wants to discuss your attraction to minors — Twitter’s just fine with that.

So, if you post politically inconvenient yet accurate statistical facts, as Ngo did, you get suspended. But if you discuss “attraction towards minors,” Twitter explicitly allows it.

It goes without saying that Twitter’s policy did not arise out of some blanket commitment to free speech. Twitter CEO Jack Dorsey has specifically rejected such commitments, rubbishing the idea that Twitter is the “free speech wing of the free speech party,” as one VP at the company described it in 2012.

In an interview with Wired last year, Dorsey said that the “free speech wing” comment was a “joke” that was taken too seriously.

The Twitter CEO continued, saying that a commitment to free speech “comes with the realization that freedom of expression may adversely impact other people’s fundamental human rights, such as privacy, such as physical security.”

In other words, Twitter’s decision to allow pedophiles on its platform is something they’ve chosen to do, not something they have to do.

Difficult truths.
This is not another 4-year election.
Q

What is the Thin Blue Line? The phrase is borrowed from a military image of the 19th century, in which a “thin red line” of British troops (“redcoats”) held off a Russian cavalry charge during the Crimean war. The first appearance of the Thin Blue Line dates back to the early 1900s when The United States Army marched into battle in their blue uniforms. Together, standing alongside, the soldiers formed a blue line, thus beginning the history we know today as the Thin Blue Line. The phrase “Thin Blue Line” was initially mentioned in a 1911 poem by Nels Dickmann Anderson. In the 1950s, the blue line was adopted by law enforcement professionals to represent their courage and sacrifice while protecting the American people.

Ronald Reagan once said, “Evil is powerless if the good are unafraid.”

the “good” spoken in Reagan’s quote, while below the line represents the “evil.”

TO THE SENATE OF THE UNITED STATES:

& it’s something he’s been SHOWING America for decades.

Right now Americans are being PITTED against one another

by the despicable DC Denizens & their Media Lapdogs pic.twitter.com/phokTBuxRS

2 thoughts on “Do You See What Just Happened, Traitor, [DS] Veil Lifted, People Can See It All – Episode 2204”