The [DS]/[CB] were rushed into their reset, they were not planning on moving up their agenda, but they had no choice, they were running out time. Trump and the patriots trapped them in the reset. Once it has begun the [CB] cannot stop it. This is exactly what the patriots wanted. The [DS]/[CB] are now boxed in, the evidence is now pouring out and RG and SP are presenting more and more facts and truth. This is not about Rs vs Ds, this is about the American people, this is about how the [DS]/[CB] has stolen our right to vote.The Dominion Execs are now on the run. Back in 2012 Trump sent a message, future really does prove past. The patriots are preparing to take down the entire [DS] system, the people will no longer be divided, this will bring the people closer together, the [DS] will try to stop the people uniting. Ep. 2333a – The [CB] Accelerated Their Plan Out Of Panic, Patriots Were Counting On This Ep. 2333b – Dominion Execs Running, Message Sent In The Past, Received In The Present

✅ Enjoy The Healthy Aging Support of Collagen 🔥
😍 Get 51% Off Ageless Multi-Collagen Here ➡️ http://www.healthwithx22.com/
This is my FAV trusted source ^^^^💪💪

NYC MAYOR DE BLASIO: Indoor dining, gyms will likely close in matter of time, may be in next week or two 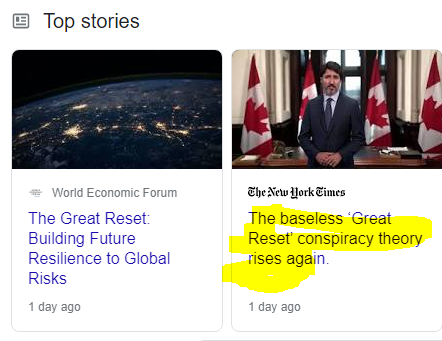 Remember when they said the economy was being destroyed by the virus and not the lockdown?

Almost ZERO ballots rejected in Georgia this election. In years past, close to 4%. Not possible. Must have signature check on envelopes now. Very easy to do. Dems fighting because they got caught. Far more votes than needed for flip. Republicans must get tough! @BrianKempGA

District Judge has scheduled an emergency hearing this afternoon in the case I filed against @GaSecofState.

In time, these names will also be part of litigation across the country:

Hey @DanScavino those Dominion tech guys might be deleting evidence of biased poll workers deleting ballot scans. You need a fed subpoena on those machines and forensic recovery teams in there ASAP! https://t.co/vMoghMJapk

NEW: The Trump campaign is seeking to withdraw its Michigan election lawsuit, saying the litigation achieved its goal of derailing the certification of election results in Detroit and surrounding Wayne County https://t.co/rm6NjIC9Ez

We withdrew because we won! https://t.co/aMoNQXEj4z

“Evidence of voter fraud continues to grow, including 20,000 dead people on the Pennsylvania voters roll and many thousands all over the Country. Now, there has been an artificial number of votes in favor of Joe Biden.” @OANN

Look at this in Wisconsin! A day AFTER the election, Biden receives a dump of 143,379 votes at 3:42AM, when they learned he was losing badly. This is unbelievable! pic.twitter.com/nhiLMmyHBn 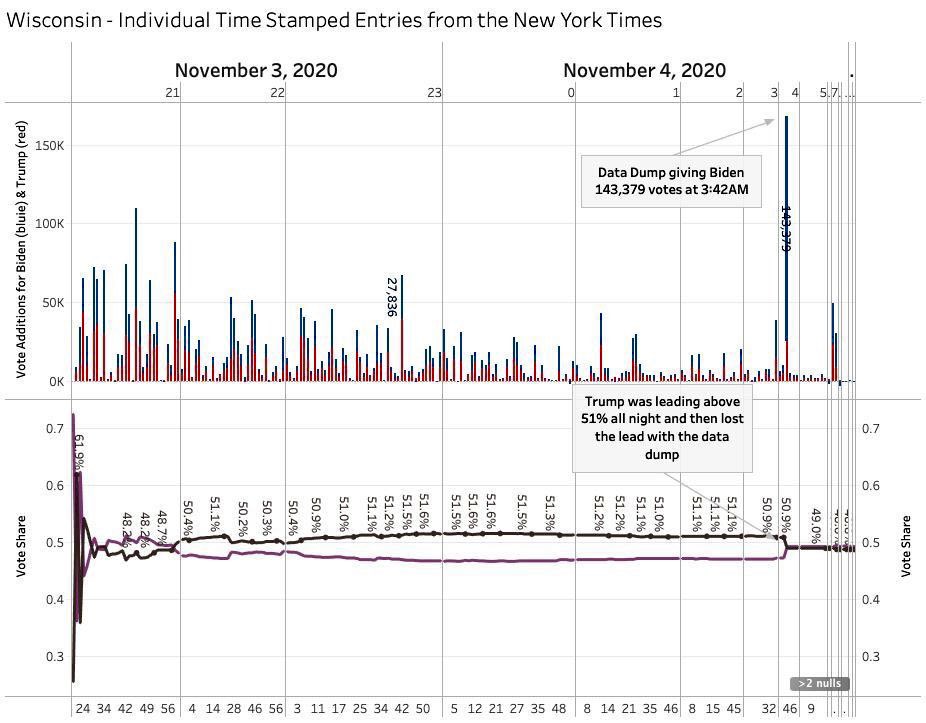 BREAKING: WI Elections Commission, after seeing President Trump’s recount petition and objections, is trying to change the recount manual at an emergency meeting tonight at 6 pm to make objections harder to make. This must be stopped.

BREAKING: Rudy Giuliani Calls for 682,770 Mail-In Ballots to Be Thrown Out due to Fraud (VIDEO)

You will ALSO notice she said, “We have no idea how many Republican or Democratic candidates…paid to have a system rigged to work for them…”

GET THEM ALL!! NO ROOM FOR TRAITORS!

“One of Dominion’s highest level executives went to Detroit himself to man the Detroit operation center.”

Nothing to see here. pic.twitter.com/cRVGNP2f4v

Important News Conference today by lawyers on a very clear and viable path to victory. Pieces are very nicely falling into place. RNC at 12:00 P.M.

Be proud Deplorables. We flooded the voting stations in such massive numbers the corrupt machine had to literally stop their rigged counts and truck in pallet-loads of fake ballots in the middle of the night for Biden.

We helped expose the biggest crime in US History.

POTUS retweeted this earlier today. Pretty sure it’s an indication he knows the election fraud goes way back. pic.twitter.com/ANfV9uWnUg

Cuomo warns of spike in coronavirus infections from holiday gatherings

7 thoughts on “Dominion Execs Running, Message Sent In The Past, Received In The Present – Ep. 2333”