Skip to content
Reports
November 20, 2020November 25, 2020 x22report
SPREAD THE WORD
The [CB]/[DS] continue to push their agenda of the Great Reset. The MSM is pretending it is not happening. The leaders, the [CB]s are now projecting on how the economy is going to collapse because of the virus. Trump the patriots began to counter the reset. This is phase 1, the patriots are in control. The [DS]/MSM are now losing the narrative, the news is getting out that there was voter fraud, censorship will be pushed harder now. Dark Winter is being used to control the people, keep people from talking about the elections, keep them controlled, the virus is virtually non existent, its only the cases and the fake MSM that is now keeping it alive. When the news unlocks the people will be able to see the picture very clearly. The MSM/[DS] will try to stop this. Ep. 2334b – Once The [News Unlocks] Can The Puzzle [Full Picture] Be Put Together, Panic In DC To get the virus under control, we need to pay people to stay home.

Did Mnuchin Shoot Powell In The Back?

In a letter to Fed Chairman Powell, Mnuchin said that the programs have clearly achieved their objectives. Credit markets have been rehabilitated and banks have the lending capacity to meet the borrowing needs of their corporate, municipal and non-profit clients. However, the Fed does not agree with Mnuchin’s decision and said in a statement that the Fed would prefer that the full suite of emergency facilities established during the coronavirus pandemic continue to serve their important role as a backstop for our still-strained and vulnerable economy.

means that the Fed will be required to do more, either in the form or more outright QE or expanded duration of existing debt monetization.

Breaking NYT: Two separate New York State fraud investigations into Trump and his businesses, one criminal and one civil, have expanded to include tax write-offs on millions of dollars in consulting fees, some of which appear to have gone to Ivanka Trump. https://t.co/wu5jbMv2ia

If Trump actually lost they wouldn’t be doing this.

Chaos erupts as VP Pence walks away from the podium
pic.twitter.com/01U4TaIwW6

MSM Screaming, Who Has The Power, Who Is Panicking 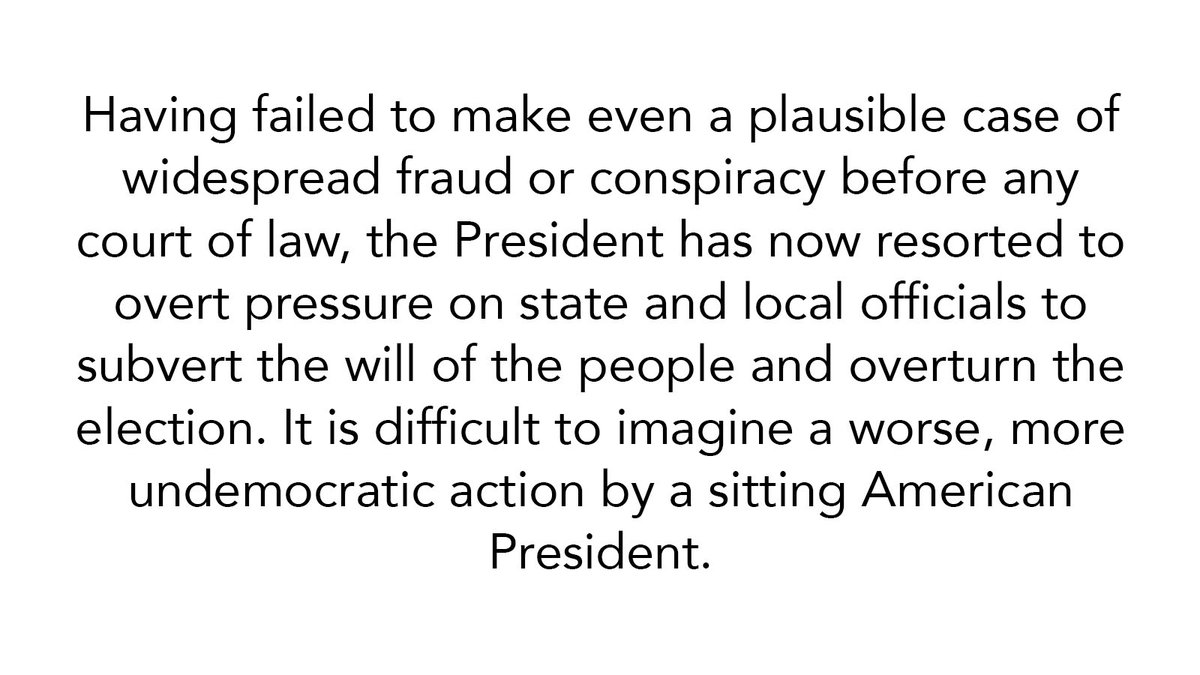 A sitting United States senator does not know how our legal system or the U.S. Constitution works.

.@SidneyPowell1 “No I didn’t get angry with the request to provide evidence. In fact I sent an affidavit to Tucker that I had not even attached to a pleading yet…but he was very insulting, demanding & rude & I told him not to contact me again…” https://t.co/KhGID5YKMN

Charges unveiled against Sittenfeld in his 20-page indictment allege he schemed to funnel money from developers into a political action committee (PAC) that he secretly controlled, court records show.

The “developers” were really undercover FBI agents who handed a total of $40,000 in Sittenfeld checks on three different occasions, according to the indictment.

Yesterday Trump retweeted the WI chart of votes coming in at 3:32 am

Here. We. Go.@realDonaldTrump tweeted our WI chart but now let’s go to Michigan. The key momentum shift happened on Wednesday morning at 6:31AM.

A batch of nearly 150K votes came in.
96% went for Biden pic.twitter.com/KXJLeExdud 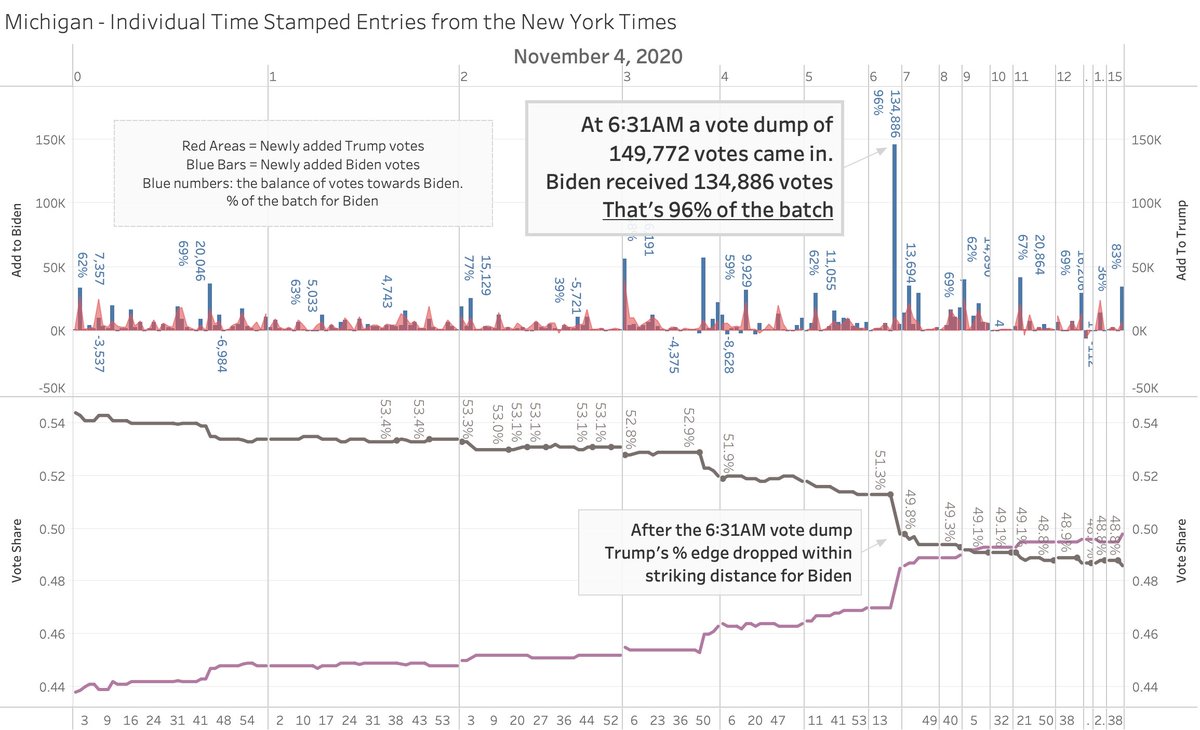 Here’s another view of the Michigan data.
The arching lines are the total cumulative vote adding up for the candidates Tues-Weds.

Notice the normal jump when a batch comes in for 57% Biden and the ABNORMAL jump when in comes in 96% for Biden at that 6:31 AM mark. pic.twitter.com/j9nWycj8XU 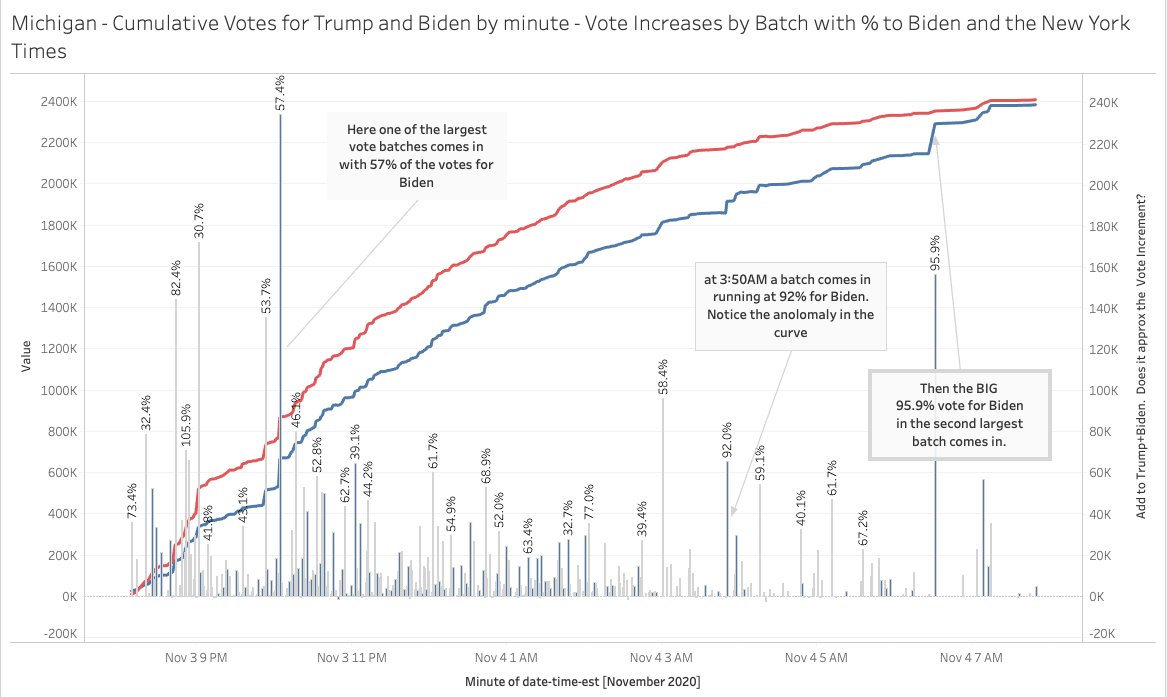 Will use these charts in court case. The Election was a HOAX. Thank you Justin! https://t.co/9Ue7ysDIVb

The US government, once they determined that this Dominion server was involved in switching votes, then the intelligence community began a search for the server and discovered that the server was in Germany. In order to get access to that server and have it available for use in a legal manner they had to have the State Department work in tandem with the Department of Justice. They had to request that the government of Germany cooperate in allowing this seizure of this server.

The appropriate documents required to affect that kind of seizure were put in place, signed off on, and it appears there was also US military support in this operation. The US military was not in the lead. But this helps explain why Esper was fired and Miller and Kash Patel were put in place — so that the military would not interfere with the operation in any way.

During the press conference yesterday a reporter asked SP a question

Reporter Emerald Robinson: There were reports that a piece of hardware possibly a server was picked up in Germany. Is that true and is it related to this?

Attorney Sidney Powell: That is true. It is somehow related to this. But I do not know if good guys got it or bad guys got it.

.@brhodes: “Mike Pompeo seems to be looking out not just for complicating the Biden presidency but his own political interests-These things seem designed to appeal to some American voters rather than addressing pressing national interests of the United States.” #AMRstaff 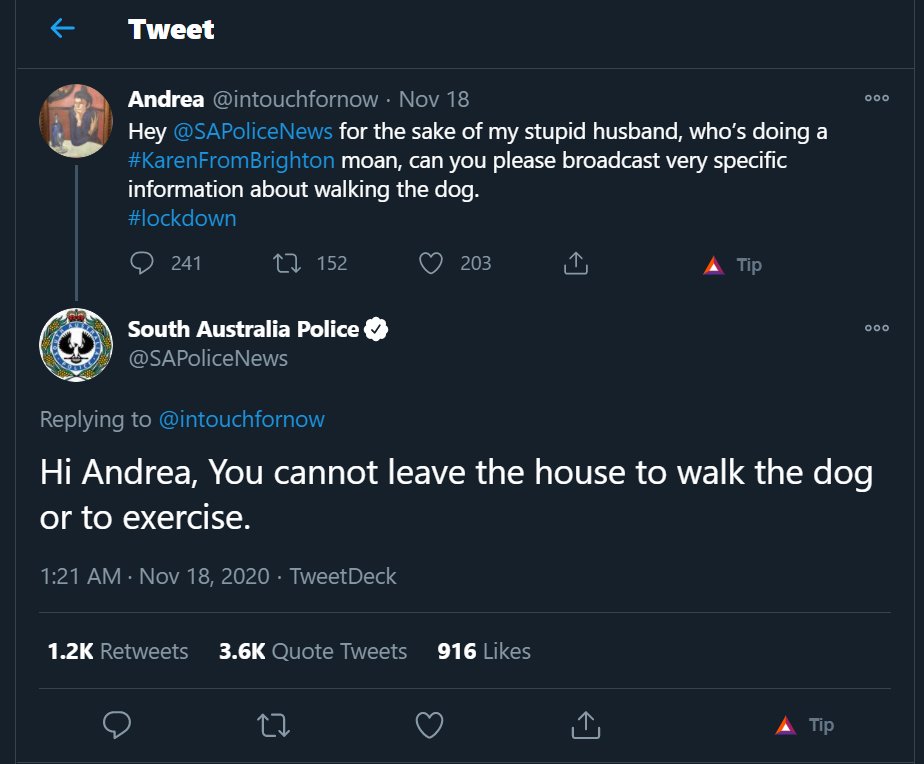 Due to the rise in #COVID19 cases, CA is issuing a limited Stay at Home Order.

Non-essential work and gatherings must stop from 10pm-5am in counties in the purple tier.

This will take effect at 10pm on Saturday and remain for 1 month.

Together–we can flatten the curve again.

Statement from @OCSheriffBarnes on the limited Stay at Home Order issued by Governor Newsom. pic.twitter.com/qDnYS4fk6U 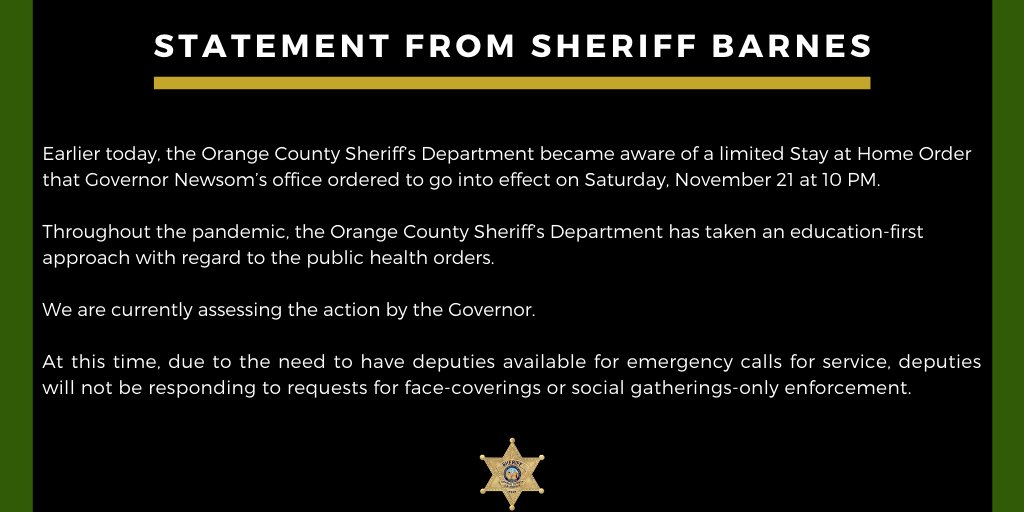 This is taking place outside of Governor Cuomo’s house in New York. pic.twitter.com/cHKXstypGb

Twitter will not let Tom Fitton back on the platform unless he deletes his accurate tweet (screenshot below).

@justin_hart There will be no lockdowns other than those done by certain Democrat governors!

Giuliani: The Case for Election Fraud Being Made By Americans https://t.co/yNfaKqYzCO via @BreitbartNews