Ep 2741b – Drops Will Go Fast, Everything Is Planned, Old Guard In The Process Of Being Removed Ep 2741a – [CB] Warns About Bank Runs, They Have Lost And The New System Is Being Born

The [CB] system has failed, any attempts to try to move the people into the GR has failed. The people see and know all. The leaders of countries are struggling. The new system is being born and the [CB] can’t do anything to stop it. The [DS] is panicking, the drop will speed up and the fake news will struggle to keep control. This was planned years ago, Trump confirmed that the people needed to see it, once the people saw the true agenda of the [DS] they would demand the old guard be destroyed. The people are taking back the country and the [DS] players are panicking trying to stop it, it’s too late the people are awake.

German Retailers To Increase Food Prices By 20-50% On Monday

When Putin first announced the ruble-payment demand last week, European officials rejected it, saying the move would violate contract terms. But the Kremlin Thursday published a presidential decree outlining the mechanism to allow foreign buyers to convert their dollars and euros into the Russian currency through a state-controlled bank.

The Kremlin decree mandates that deliveries starting from April 1 be paid for in rubles. Foreign buyers need to open special ruble and foreign currency accounts at Gazprombank to handle payment, which can be done remotely. Buyers transfer foreign currency to pay for the gas into their accounts, Gazprombank converts the funds to rubles on the Moscow Exchange and transfers rubles into the buyer’s ruble account for payment on to Gazprom. The payment is considered complete when the rubles reach Gazprom’s account.

FACT CHECK: Every American is subject to tax on certain income. Biden wants to change federal law to be able to (unconstitutionally?) tax assets, in addition to income. Today it is the "wealth" assets of @ElonMusk, tomorrow — the equity in your home and the value of your car? https://t.co/8hyGjPUlO2

Christopher Rufo responded by blasting her as a “privileged” and “pathetic.”

“Disney has alienated a lot of people now,” DeSantis said Thursday at a press conference in West Palm Beach. “And so the political influence they’re used to wielding, I think has dissipated. And so the question is, why would you want to have special privileges in the law at all? And I don’t think that that we should.”

Conservatives have had enough!

Them: “We’re not trying to groom kids.”

Florida: “It’s officially against the law to groom kids.”

TRUMP: "We will protect women in sports! And not allow men to enter into the women's games!" pic.twitter.com/mT9uYGBMpO

The man who lied to the public about his son's laptop – and got five former CIA Directors to go along with that lie – thinks his political opponent should be prosecuted for exposing that same lie. https://t.co/nsTSKcK941 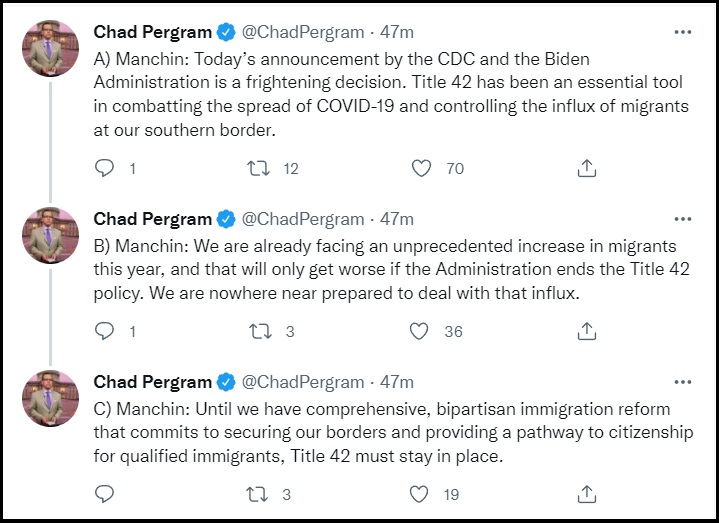 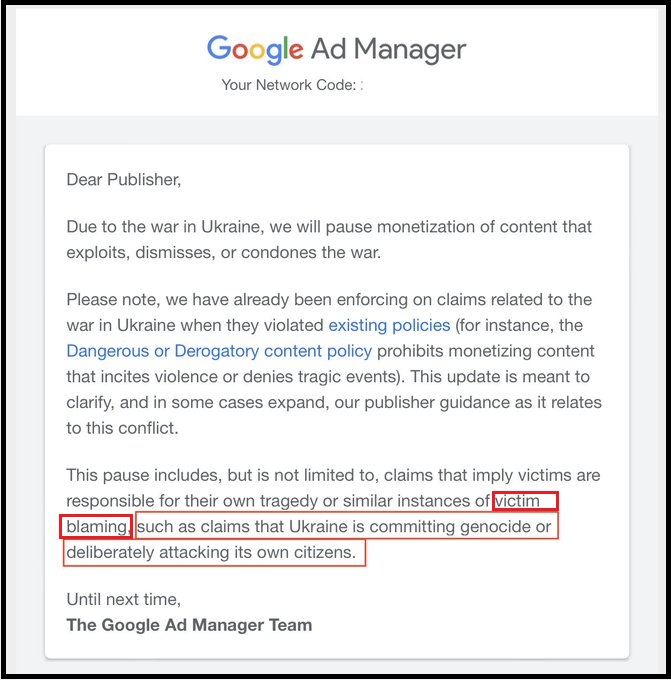 In 2019, Zelensky announced a partial withdrawal of forces from Donbass. His soldiers revolted. He went to Zolote to speak to them. Azov troops told him they wouldn't let him pull back. Here he is getting chewed out by a soldier. Later, nationalists threatened to kill him. pic.twitter.com/BzeAnBMqfP

Technically all of the weapons in the U.S. military are classified as “defensive” weapons, per the Department of Defense. Every weapon is defensive until it is used; then the use of the weapon changes its classification to offensive. Things are getting very serious in Wisconsin right now to decertify the 2020 election. There was major fraud and the people are seeing it. pic.twitter.com/MjvSC5NDko

— That whenever any Form of Government becomes destructive of these ends, it is the Right of the People to alter or to abolish it, and to institute new Government, laying its foundation on such principles and organizing its powers in such form, as to them shall seem most likely to effect their Safety and Happiness. Prudence, indeed, will dictate that Governments long established should not be changed for light and transient causes; and accordingly all experience hath shewn that mankind are more disposed to suffer, while evils are sufferable than to right themselves by abolishing the forms to which they are accustomed. But when a long train of abuses and usurpations, pursuing invariably the same Object evinces a design to reduce them under absolute Despotism, it is their right, it is their duty, to throw off such Government, and to provide new Guards for their future security. —

Drops will go fast.
WH clean SIG.
Marker.
Everything is planned.
Years.
Message.
UNITY.
AWAKENING.
We Fight.
Lexington.
Concord.
STAY TOGETHER.
Q
>>875827
Follow Bolton.
Clean.
Stage.
Learn how to archive offline.
The streets will not be safe for them.
Q

Jared Cohen.
Coming soon to a theater near you.
Q
Jared Andrew Cohen is an American businessman currently serving as the CEO of Jigsaw and an Adjunct Senior Fellow at the Council on Foreign Relations. Previously, he served as a member of the Secretary of State’s Policy Planning Staff and as an advisor to Condoleezza Rice and later Hillary Clinton. Initially brought in by Condoleezza Rice as a member of the Policy Planning Staff, he was one of a few staffers that stayed under Hillary Clinton. In this capacity, he focused on counter-terrorism, counter-radicalization, Middle East/South Asia, Internet freedom, and fostering opposition in repressive countries
Jigsaw LLC is a technology incubator created by Google. As of February 2020, it is under Google management and used to operate as an independent subsidiary of Alphabet Inc. Based in New York City, Jigsaw is dedicated to understanding global challenges and applying technological solutions, from “countering extremism”, online censorship and cyber-attacks, to protecting access to information.

5 thoughts on “Drops Will Go Fast, Everything Is Planned, Old Guard In The Process Of Being Removed – Ep. 2741”