Skip to content
Reports
May 29, 2020May 31, 2020 x22report
SPREAD THE WORD
Trump is now rebooting the economy, he has everything in place, trade deals are ready to go, the USMCA is ready to go online in June, more businesses are opening. Trump has control over the [CB], control over interest rates and stimulus, he now just cut the strings to China. The [DS]/MSM knew that there pandemic event was coming to an end and the needed another event to clog the news cycles, they have deployed all assets and are using ammunition, this will fail, people are waking up and Trump has already begun the investigation into what really happened. The Flynn calls have been released, what do they show, nothing, more to come. The trap has been set, the [DS]/MSM are continually being pushed in the corner, no deals, pain coming.

Trump also said the U.S. government will now investigate whether companies owned or run by the communist Chinese government should be delisted from U.S. securities markets.

Serious question for @Twitter: Do these tweets from Supreme Leader of Iran @khamenei_ir violate “Twitter Rules about glorifying violence”? pic.twitter.com/oEkCC8UzFV 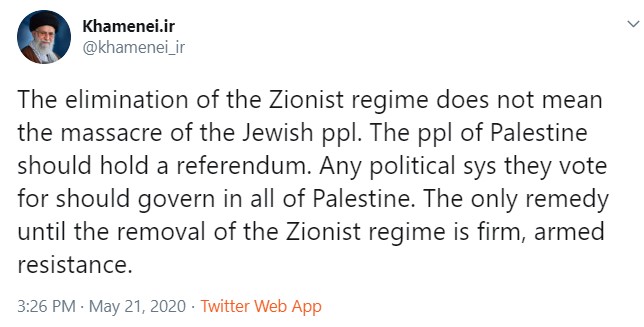 Twitter is doing nothing about all of the lies & propaganda being put out by China or the Radical Left Democrat Party. They have targeted Republicans, Conservatives & the President of the United States. Section 230 should be revoked by Congress. Until then, it will be regulated!

“Regulate Twitter if they are going to start regulating free speech.” @JudgeJeanine @foxandfriends Well, as they have just proven conclusively, that’s what they are doing. Repeal Section 230!!! 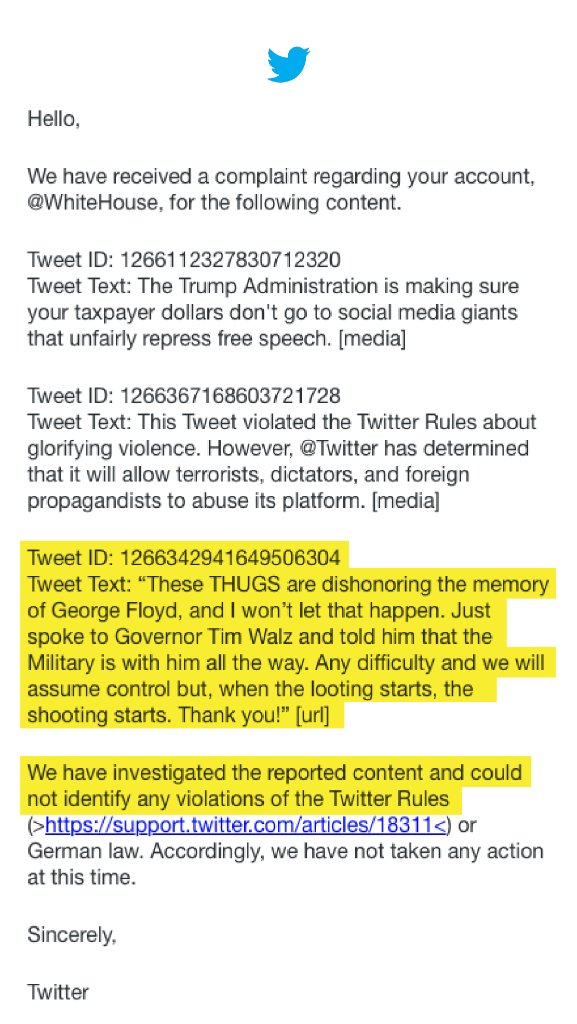 WHO guidance: Healthy people should wear masks only when ‘taking care of’ coronavirus patients

POTUS: “We will terminate our relationship with the World Health Organization.”

Dereck Chavin was arrested and brought into custody

At this point if the [DS] wanted to push their agenda how would they do this,

Trump know this, he is onto the [DS], this is why he expideted the investigations

If you noticed the MSM coverage of the pandemic is dying down, places are opening up, so with this event that are now slowly shifting away from the pandemic into the event, so everytime there is a presser they will try to keep kaleight busy with the latest event.

That’s not a protestor pic.twitter.com/7OrKbIEQ5W

Something spooky going on:

The next door neighbors of Derek Chavin are on video saying they had NO IDEA he was a cop. pic.twitter.com/hFbDjxK8JT

“They were coworkers for a very long time.”pic.twitter.com/O1doBbhHlX

I can’t stand back & watch this happen to a great American City, Minneapolis. A total lack of leadership. Either the very weak Radical Left Mayor, Jacob Frey, get his act together and bring the City under control, or I will send in the National Guard & get the job done right…..

….These THUGS are dishonoring the memory of George Floyd, and I won’t let that happen. Just spoke to Governor Tim Walz and told him that the Military is with him all the way. Any difficulty and we will assume control but, when the looting starts, the shooting starts. Thank you!

I guess all those triggered over @realDonaldTrump saying “THUGS” don’t remember this from the Baltimore protests in 2015… pic.twitter.com/zEwIAG2ecO

Looting leads to shooting, and that’s why a man was shot and killed in Minneapolis on Wednesday night – or look at what just happened in Louisville with 7 people shot. I don’t want this to happen, and that’s what the expression put out last night means….

….It was spoken as a fact, not as a statement. It’s very simple, nobody should have any problem with this other than the haters, and those looking to cause trouble on social media. Honor the memory of George Floyd!

The president of the United States is calling for violence against American citizens.

That is so wrong. We need honest reckoning and reconciliation.

If you haven’t already joined the work to replace him in November, start now.

My statement on the death of George Floyd: 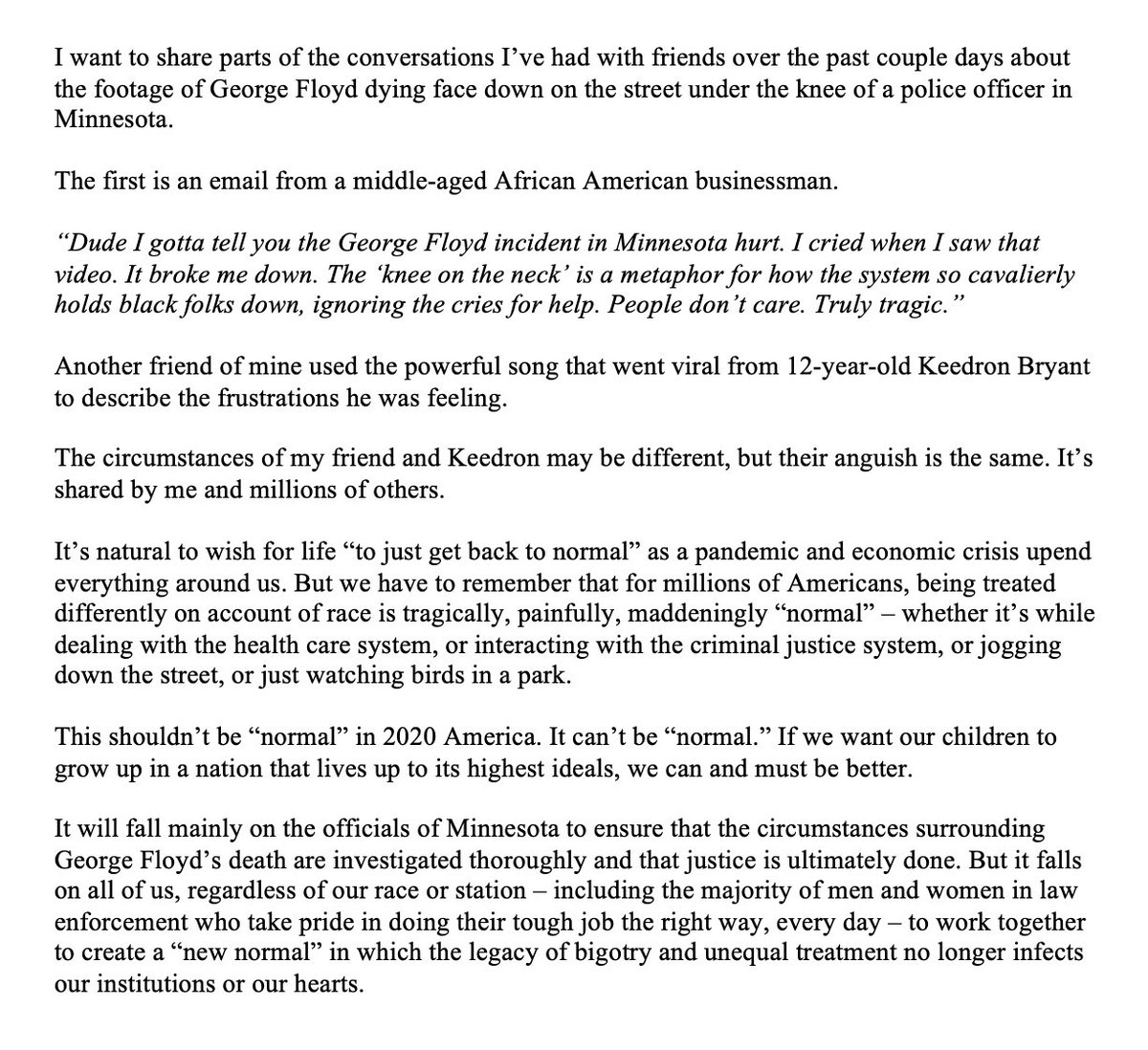 So I just want to get this straight.

If I don’t want to wear a mask, we the people are called murderers,

If people are looting, burning ruining peoples lives and shooting people, why is this ok.

Armed anti-lockdown protesters “storm” capitol, shoot no one. Burn nothing.
Media: THEY’RE PUTTING EVERYONE AT RISK AND WE’RE ALL GOING TO DIE OF COVID.

Protesters burn Minneapolis to the ground, drive police out of their precincts, and shootings occur.
Media: THIS ISN’T A RIOT.

We have activated more than 500 soldiers to St. Paul, Minneapolis and surrounding communities. Our mission is to protect life, preserve property and the right to peacefully demonstrate. A key objective is to ensure fire departments are able to respond to calls.

Anybody who encourages the citizens of Minneapolis who are predominantly black people to loot and burn down their community is part of the problem not the solution.

Destroying where you live does not bring justice to George Floyd!

https://twitter.com/JoeBiden/status/1187829299207954437
JB was replying to a tweet by the WaPost
Wapo – None of these 195 countries — the U.S. included — is fully prepared for a pandemic, report says
We are not prepared for a pandemic. Trump has rolled back progress President Obama and I made to strengthen global health security. We need leadership that builds public trust, focuses on real threats, and mobilizes the world to stop outbreaks before they reach our shores.
Coincidence or foreknowledge?
Q

[Sample]
https://twitter.com/nytpolitics/status/1266421573126406147
The internet has connected us in ways unimaginable. But the QAnon community — united in the belief that the world is run by a criminal elite — shows the dangers of that power. Listen to “Rabbit Hole” with
https://www.dailydot.com/debug/qanon-church-omega-kingdom-ministries/

Specifically, Bushey tied the drop to the burgeoning popularity of a “QAnon church,” one that holds weekly services on YouTube that blend Q mythology with Biblical theology.

Fear.
Panic.
Loss of narrative control.
You are the news now.
Q

Nobody escapes this.
Q 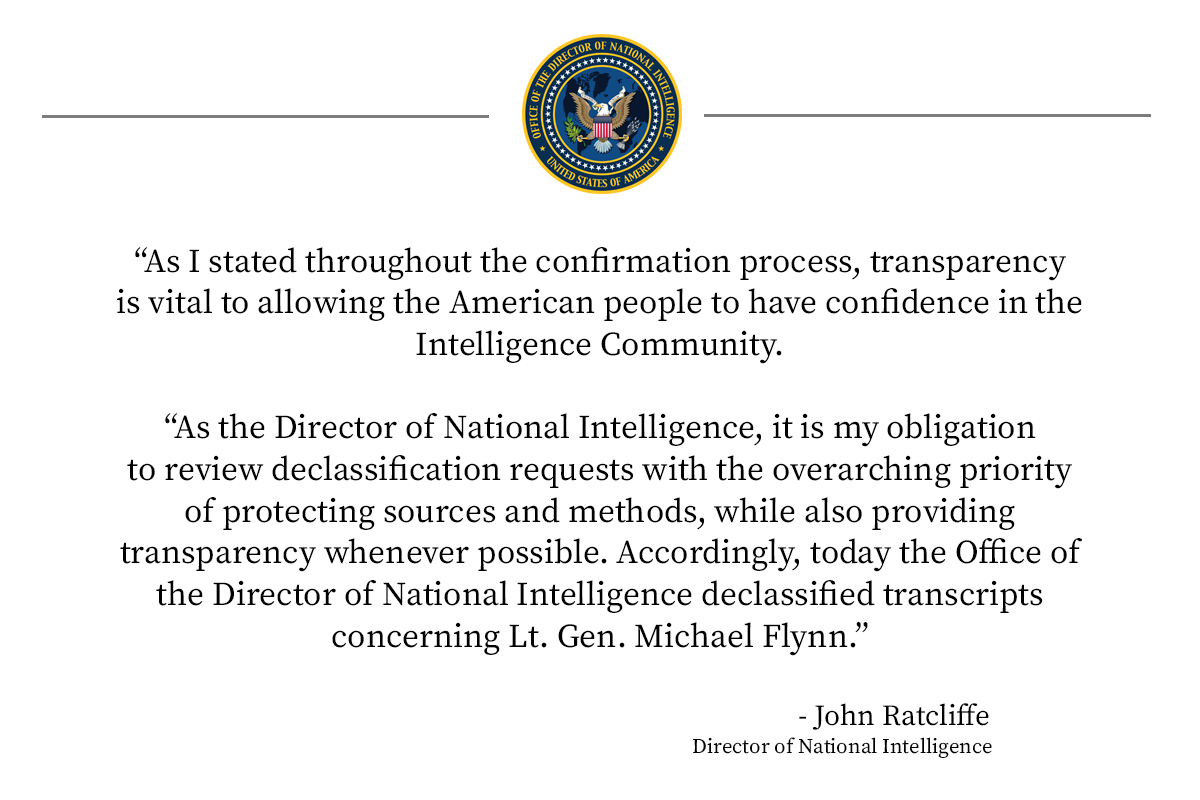 The Intelligence Community has sent a new tranche of declassified transcripts to Congress, detailing conversations between retired Lt. Gen. Michael Flynn and Russia’s ambassador to the U.S.
Q
There are zero things wrong with this Dec 29 call between Kislyak and @GenFlynn. And the tone of the conversation is clearly about expulsions, not the wider economic and political sanctions. That @Comey and the Obama admin wanted to Logan Act this is a disgrace
As you read theses docs, bear in mind that the FBI was closing their investigation into @GenFlynn on Jan 4, 2017 – having found no wrongdoing. Strzok then intervened noting “7th Floor [FBI] involved” On Jan 5th, Comey voiced “concerns” re: Flynn to Obama.

One thought on “[DS] Deploys All Assets, Trap Has Been Set, Flynn’s Calls Released, No Deals – Episode 2186”