Ep 2629b – [DS] Evil Exposed, This Is Not About Politics, It’s About Preserving Our Way Of Life Ep 2629a – Build Back Better Is Really About Destroying America
The fake news cannot hide what is happening to the economy, they are trying to spin it as best they can. BBB is not going to help the American people it was designed to destroy America and the cost is not zero according to the CBO and everyone else. The [DS] is now trapped, everything they have done to Trump has now turned on them. The [DS] has now exposed their evil plan to the American people. They have been trying to remove free speech, freedom of press, privacy, the right to not be searched, the right to defend one self, the right to carry arms, basically the constitution. All of this has failed because the people see it all, they see the evil plan. This is not about R v D, or race, politics, this is about preserving our way of life, and protecting the generations that follow. The people are learning how to fight for freedom again, the [DS] is panicking over the public that is now thinking for themselves.

Steven Camarota, a Center for Immigration Studies researcher, estimated that eliminating the requirement could result in up to $2.3 billion in additional child tax credit payouts to illegal immigrants.

The Build Back Better Act relies on a number of arbitrary sunsets and expirations to lower the official cost of the bill. These include extending the American Rescue Plan’s Child Tax Credit (CTC) increase and Earned Income Tax Credit (EITC) expansion for a year, setting universal pre-K and child care subsidies to expire after six years, making the Affordable Care Act (ACA) expansions available through 2025, delaying the requirement that businesses amortize research and experimentation (R&E) costs until 2026, and setting several other provisions – from targeted tax credits to school lunch programs – to expire prematurely.

“The WH has begun bracing lawmakers for a disappointing estimate from the CBO, which is likely to find that the cost of the BBB will not be fully paid for with new tax revenue over the coming decade.” @arappeport https://t.co/JoDEx6DZ8g

After much consideration and prayer with my family, I feel that my fiscally conservative, pro-business, and pro-life values are no longer in-step with the Democrat Party of today, and I am proudly running as a Republican to represent House District 31. pic.twitter.com/CRKOhVnSG4 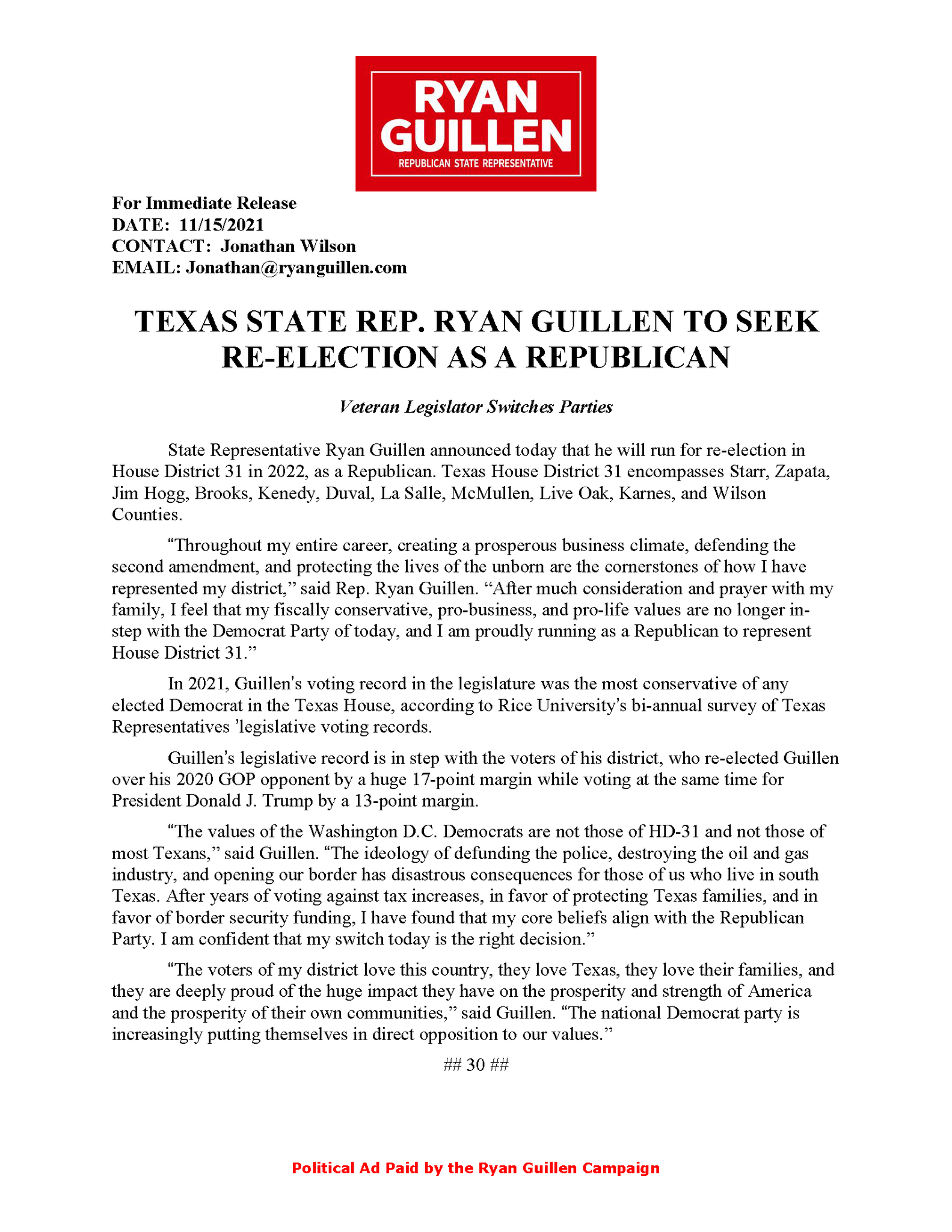 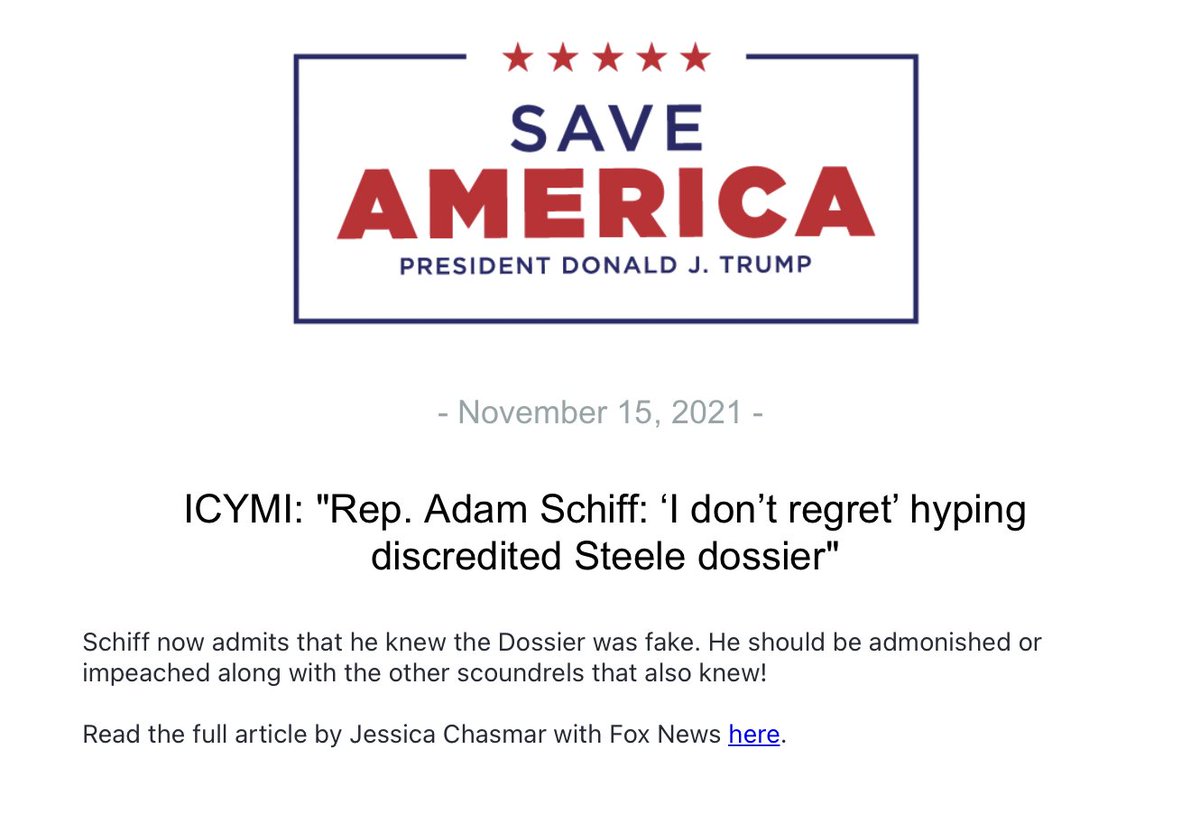 🚨NEW ILLEGAL IMMIGRATION NUMBERS ARE OUT FOR OCTOBER🚨 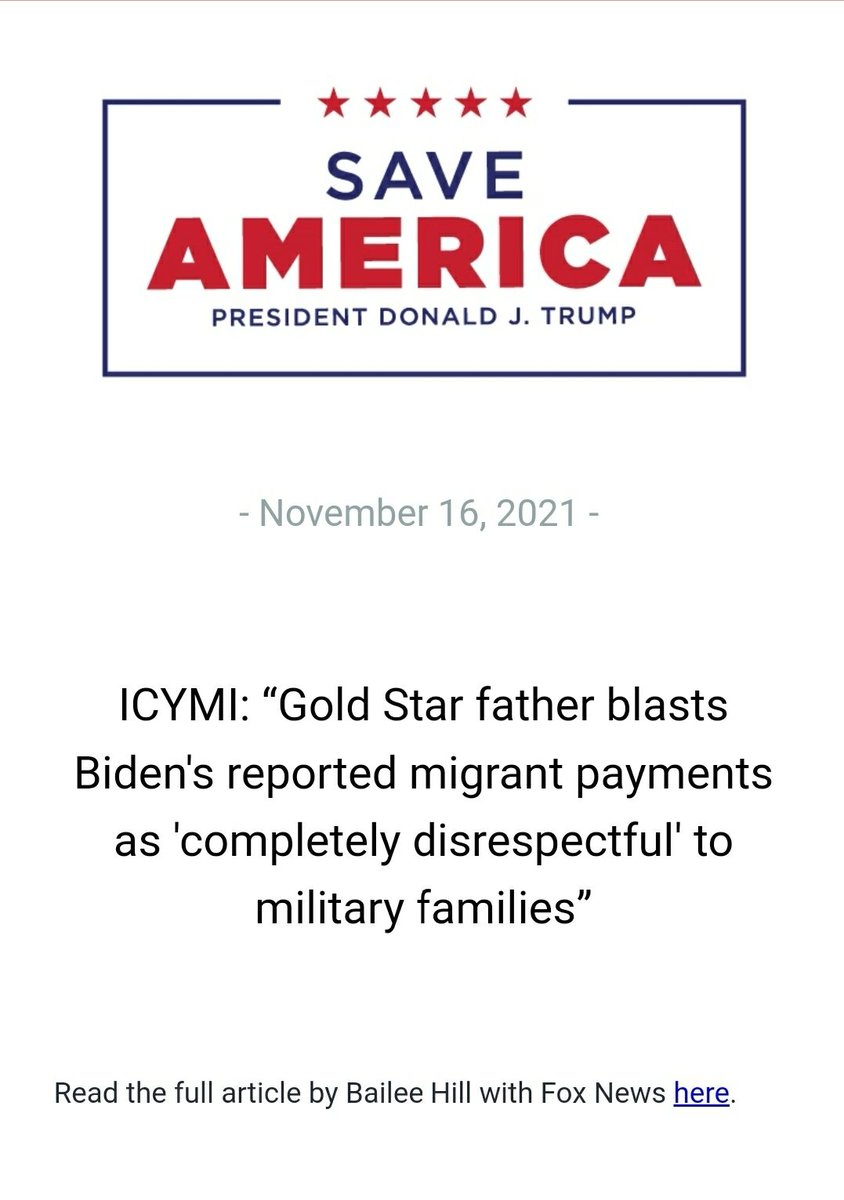 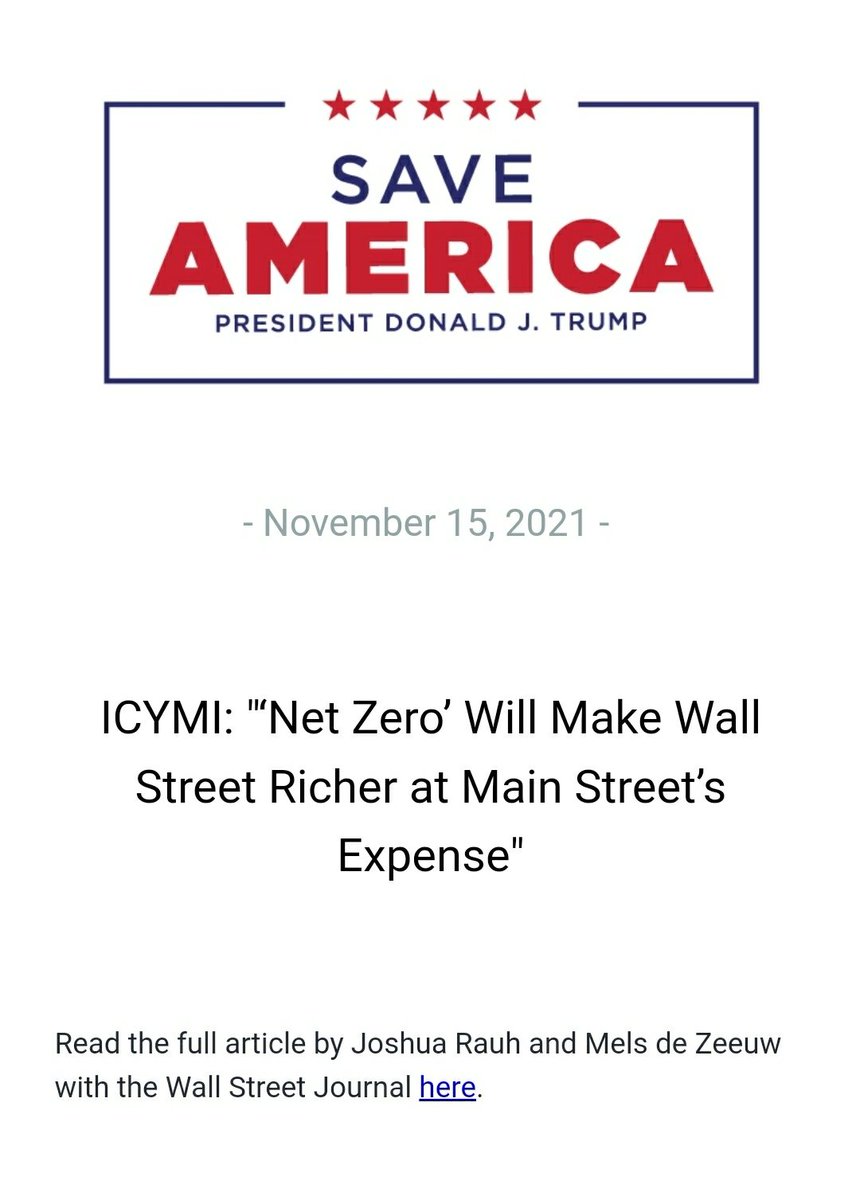 Fauci says that there is a “misplaced perception about people’s individual right to make a decision that supersedes the societal safety.” pic.twitter.com/UC9j8mmelr

All three vaccines are 100 per cent effective against death and hospitalisation, Fauci says https://t.co/9DVUex7m1T 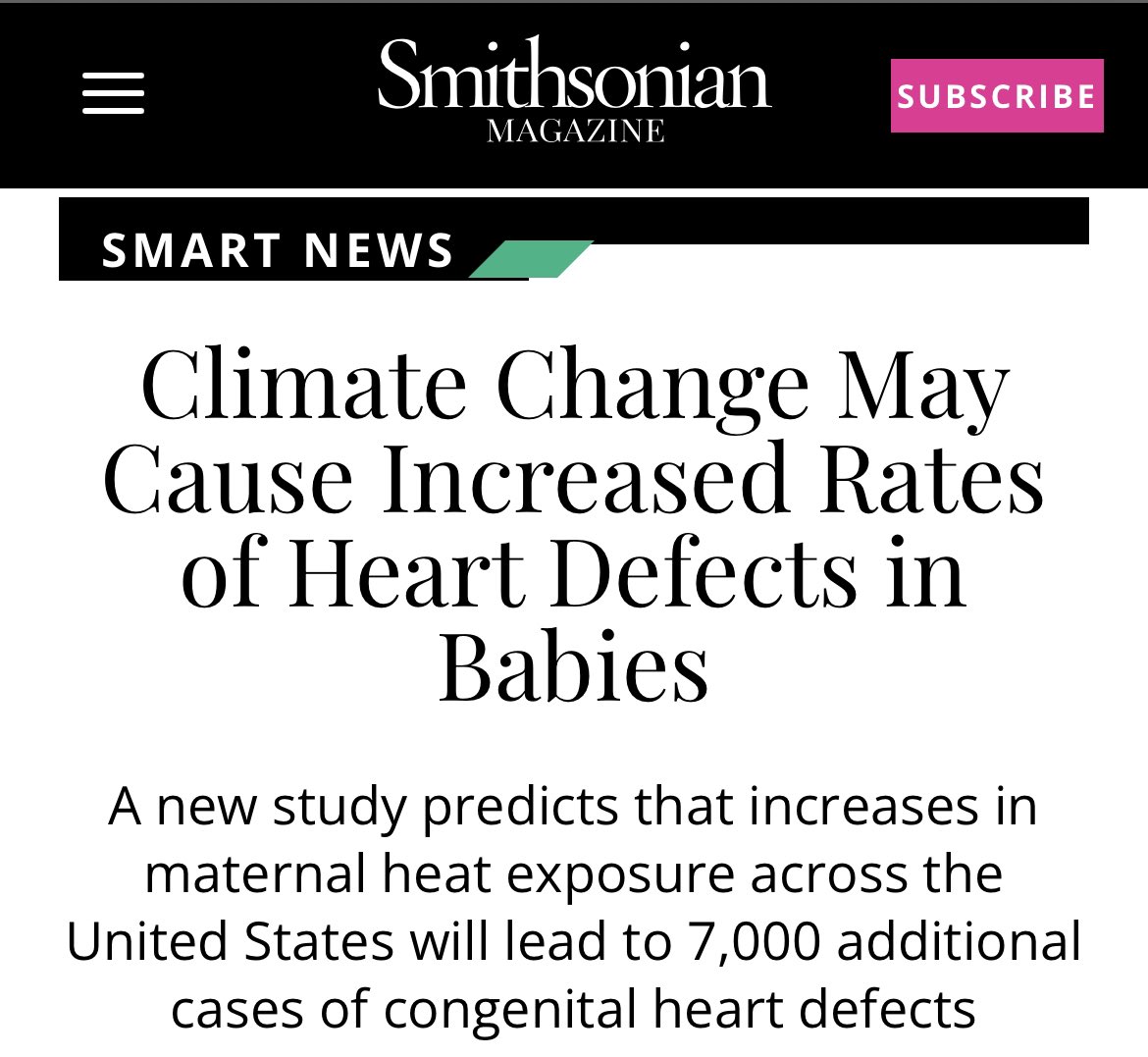 If the vaccines decrease your immunity wouldn’t it make sense that students and those who continue to get the jab will be susceptible to more illinesses.

The 6th Circuit Court will handle a joint review of the cases. 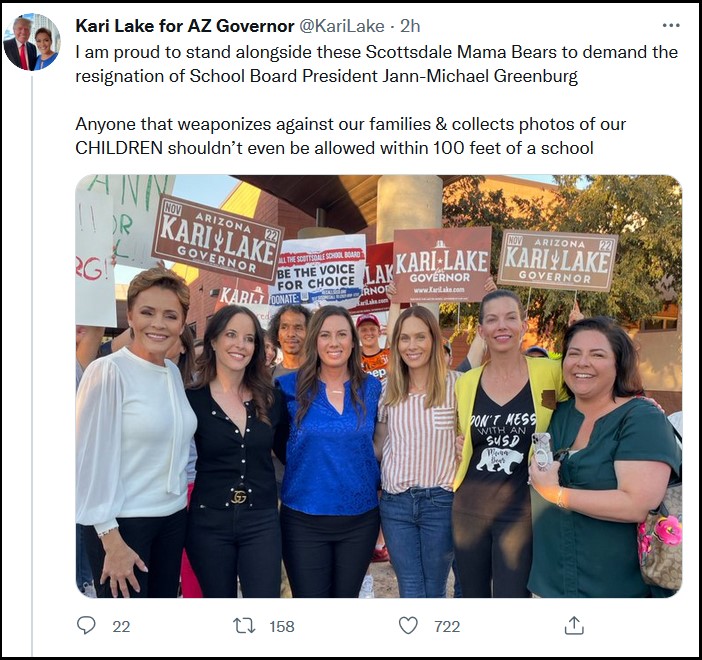 Parents gathered today to demand the removal of the Governing Board President Jann-Michael Greenburg, and the destruction of the Google Drive files filled with personal information, documents, and photos of about 47 people, including children.

Creepy Mr. Greenburg was removed, but not fired.

The board voted 4-1 Monday evening to elect board member Patty Beckman to replace Greenburg as the president for the remainder of his term. Board members Zach Lindsay and Libby Hart-Wells called for Greenburg’s resignation, but Greenburg did not resign. Greenburg is still a member of the board, although stripped of the title of president. (read more)

A principal wagged his finger at his community about racism, so parents ousted him. This is how things should work everywhere: soapboxing about racism and diversity should cost you your job

It’s also notable that parents, not politicians, did this
https://t.co/10rhozSHJW pic.twitter.com/HXVaVO1PHe

Less than three weeks after Alec Baldwin shot two people with a gun an assistant told him was unloaded, Kenosha ADA says same thing then w/o clearing it, breaks every single rule of firearm safety by pointing it at the jury while pulling the trigger for dramatic effect. 🤦‍♂️ #2A pic.twitter.com/7bJb4pbyfF

Under the current regime, you don’t have rights so much as you have a duty to be a victim of left-wing mob violence. https://t.co/vDYi9ioTAt

They want to eliminate police and the means of self-defense so they can rule over you with violence that you’ll be unable to stop.

In fact, my presumption is that anyone tweeting that American cities burned last summer is either working for the Russians or a dumbass dupe of them.

My perception is anyone denying it is doing it on purpose or they’re just a straight up idiot living in an alternate reality.

There’s hundreds of pictures still on Google. They even have charts to show where the protest was and charts that shows some of the violence. pic.twitter.com/lDSowmWPRm 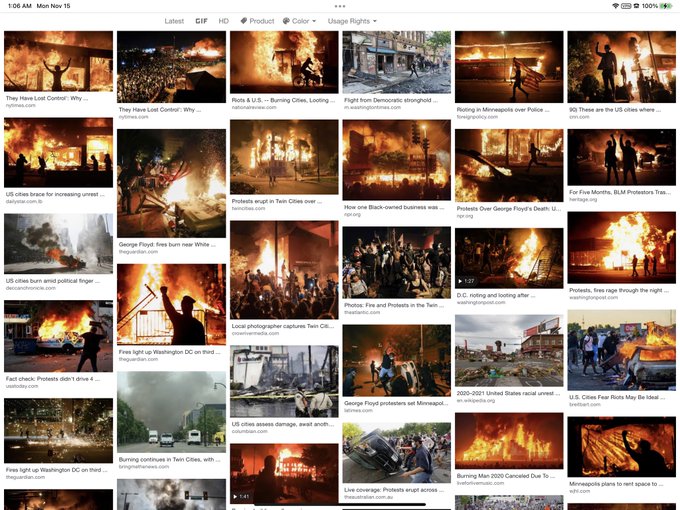 Their thirst for a one world order [destruction of national sovereignty] serves to obtain control over America [and her allies [think EU]] by diluting your vote to oblivion and installing a new one world ruling party.
The start of this concept began with organizations such as: world health org, world trade org, united nations, ICC, NATO, etc., [all meant to weaken the United States] also the formation of EU through threat [con] of close proximity attack [attack on one is an attack on all – sales pitch to gen public – fear control].Their thirst to remove your ability to defend yourself serves to prevent an uprising to challenge their control.
There is a fundamental reason why our enemies dare not attack [invade] our borders [armed citizenry].
If America falls so does the world.
If America falls darkness will soon follow.
Only when we stand together, only when we are united, can we defeat this highly entrenched dark enemy.
Their power and control relies heavily on an uneducated population.
A population that trusts without individual thought.
A population that obeys without challenge.
A population that remains outside of free thought, and instead, remains isolated living in fear inside of the closed-loop echo chamber of the controlled mainstream media.
This is not about politics.
This is about preserving our way of life and protecting the generations that follow.
We are living in Biblical times.
Children of light vs children of darkness.
United against the Invisible Enemy of all humanity.
Q

“I have had discomfort…the day I had first suggested this that we will be essentially telling the clerks to break the law.” pic.twitter.com/9FVZtKXQqS

“We need to go back to following the law but…” pic.twitter.com/5SKHPHwlff

Wisconsin Election Commission knew they were breaking the law, but did it anyway

A Wisconsin Senate committee has issued a subpoena for Madison election records as part of an ongoing investigation into the 2020 election.

State Republicans announced plans for their own investigation in late October after the non-partisan Legislative Audit Bureau shared a report outlining inconsistent administration of election law based on surveys of ballots from around the state. The LAB’s report did not identify any cases of widespread fraud. 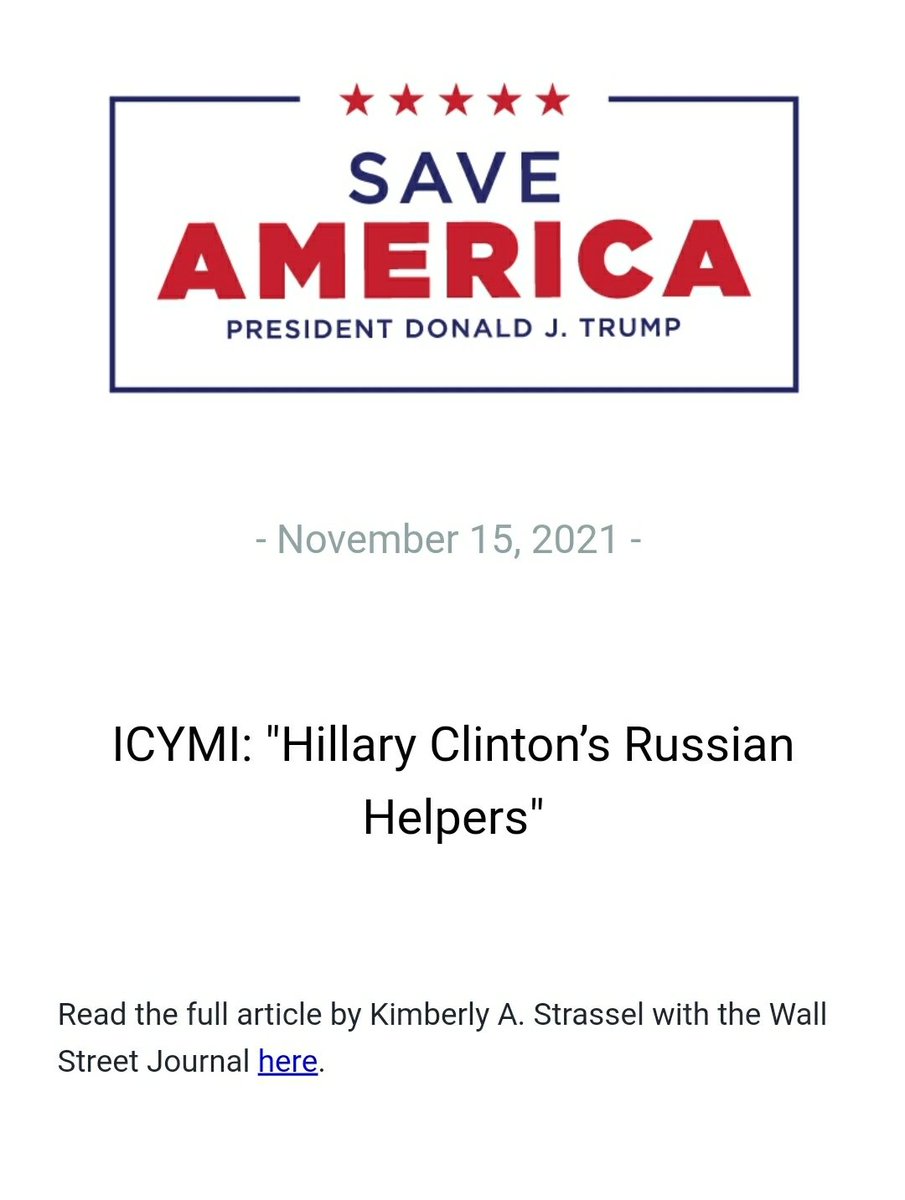 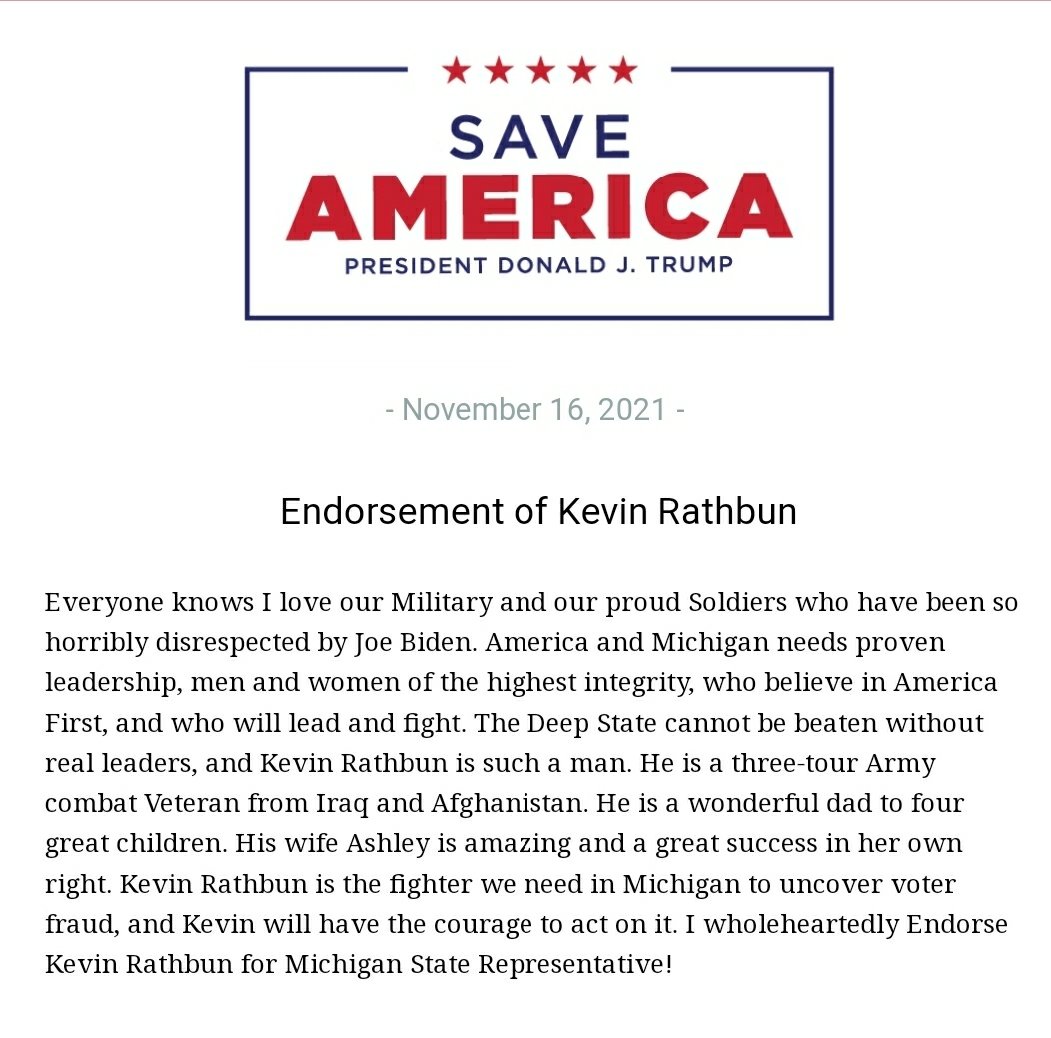