Skip to content
Reports
April 17, 2020April 19, 2020 x22report
SPREAD THE WORD
18,993
The patriots have now countered the [CB], they tried to bring the US economy to its knees and it has failed. The patriots have now set the economy to take off. Jobs will be brought back online, people will go back to work, small businesses will get the available funds. The [CB]/DS is now panicking, the plan has failed. The [DS]/MSM has now run out of time, states are ready to reopen, the FDA is about to make an announcement regarding therapeutics that will fight the virus. FISA is the start. Q dropped some bread, Renegade is now on deck, the truth is being dripped out, nothing can stop what is coming, nothing. The [DS] is now feeling the boomerang effect of their event.

The IRS said that the payments [will] be distributed as planned after a Washington Post report on Tuesday said that the Trump administration made a last-minute decision to order the president’s name to appear on the left side of the paper checks. The report cited unnamed IRS officials who said the decision could delay the mailing of the checks by a few days.

Today people started losing their jobs because of Crazy Nancy Pelosi, Cryin’ Chuck Schumer, and the Radical Left, Do Nothing Democrats, who should immediately come back to Washington and approve legislation to help families in America. End your ENDLESS VACATION!

Here’s @GeorgePapa19 denying any involvement in the DNC hacks to Stefan Halper pic.twitter.com/qMt7f4LgtG

Here’s Stefan Halper bragging about his connections to Russian intelligence (Trubnikov likely misspelt by the FBI transcribers which really inspires confidence in the CI shop) pic.twitter.com/63J1gq8eJs

Here’s the entirety of the justification for opening Crossfire Hurricane, from a more declassified FISA warrant application:

“Some kind of suggestion”

“it was unclear whether @GeorgePapa19 or the Russians were referring to material acquired publicly or through other means” pic.twitter.com/h8lYuDpCuy

Here’s the FBI being incredibly misleading to the FISC about what Steele’s so-called “Primary Sub Source” told the FBI when they interviewed him. He actually disavowed a lot of the dossier, couldn’t explain the sourcing, and denying having a “network” of sub sources pic.twitter.com/QuDORjrjbw

BTW, “Source descriptive” is where it says this key Primary Sub Source was “Russian-based”. Which the source apparently wasn’t. Whoops pic.twitter.com/f6v9AQH8XP

IF the FBI is getting Steele’s dossier info in JUNE OF 2016.

And this says they were.https://t.co/zicqrLk7xX

Voting is a fundamental right. We must protect it.

….in January and February, as the Virus spread globally? Why did the W.H.O. wait as long as it did to take decisive action? Lanhee Chen, Hoover Institution Fellow @FoxNews

LIBERATE VIRGINIA, and save your great 2nd Amendment. It is under siege!

The [DS] wanted Trump to do the following during the pandemic

What did you he do

He did the opposite, he kept on saying it is the responibility of the States, Governors and mayors to do testing, they should have been prepared.

Trump doing everything in his power to prevent unnecessary federal intervention and overreach.

He is now having states open up, other states are going to feel the pressure, especially when meet the requirements to open up.

Why did he put the Guidelines out there, it is for accountability.

If Trump and his administration look at the data and the state meets the criteria and they decide to stay closed for no reason, that governor is exposed.

The 16 year plan was a globalists, DS plan, top down approach, the dependency on the Federal Government, Trump is now pushing what the founding fathers wanted, the states, mayors etc decide what to do

Governor Cuomo should spend more time “doing” and less time “complaining”. Get out there and get the job done. Stop talking! We built you thousands of hospital beds that you didn’t need or use, gave large numbers of Ventilators that you should have had, and helped you with….

….testing that you should be doing. We have given New York far more money, help and equipment than any other state, by far, & these great men & women who did the job never hear you say thanks. Your numbers are not good. Less talk and more action!

https://twitter.com/LotusOak2/status/1251043604728029184
Dr. Stephen Smith, an infectious disease specialist, on using hydroxychloroquine/azithromycin combo to treat #COVID19 patients: “It’s an absolute game changer… I think this is the beginning of the end of the #pandemic. I’m very serious.”
Worth tracking.
Q 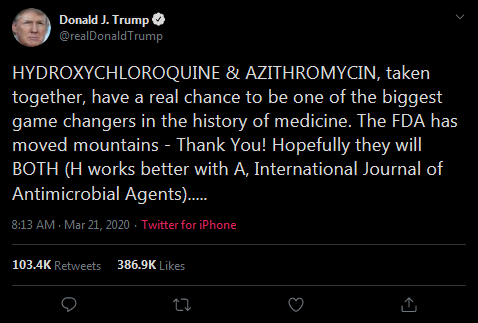 POTUS Identified the COVID-19 Cure Back in March

Trump always knew, that is why me mentioned back in March, he also knows it will cure alot more

When does big pharma make money?
Curing or containing?
Cancer/AIDS/etc.
Mind will be blown by chain of command.
Q

What if cures already exist?
What about the billions (public/private/govt) provided to fund cure dev?Q

How many top medical researchers found dead in past 5 years?
Why is this topic relevant now?
Why does the US taxpayer subsidize meds for the rest of the world?
Q 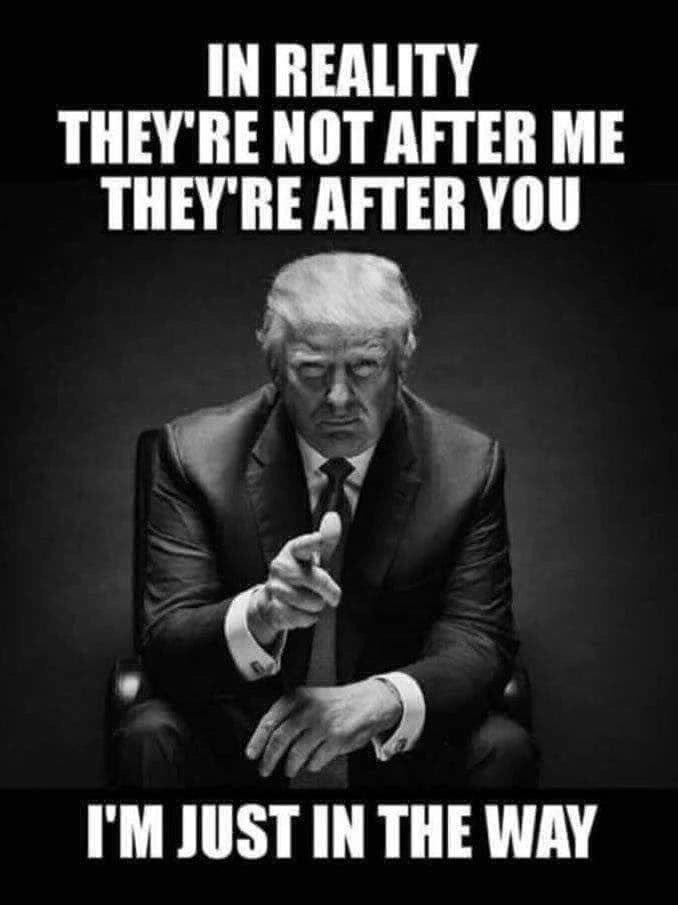 Every attempt to remove Trump has failed.

What was the 16-year plan to destroy America?
Why did HUSSEIN install traitors at the highest levels of our Gov’t?
Think DOJ.
Think FBI.
Think C_A.
Think NAT SEC.
Why did HUSSEIN bring people into the WH who HATE AMERICA and what we stand for?
What years did HRC serve as Sec of State?
What years did ISIS expand?
Why did HUSSEIN put restrictions on US MIL COMMAND re: ABILITY TO ATTACK TARGETS AT WILL > WH DIRECT APPROVAL REQ FOR EACH ACTION?
FACTS NOT FICTION.
BLIND SHEEP FOLLOW.
EYES ON TARGET.
Q

If you rearrange the letters it is HCQ, Q confirms this in this post 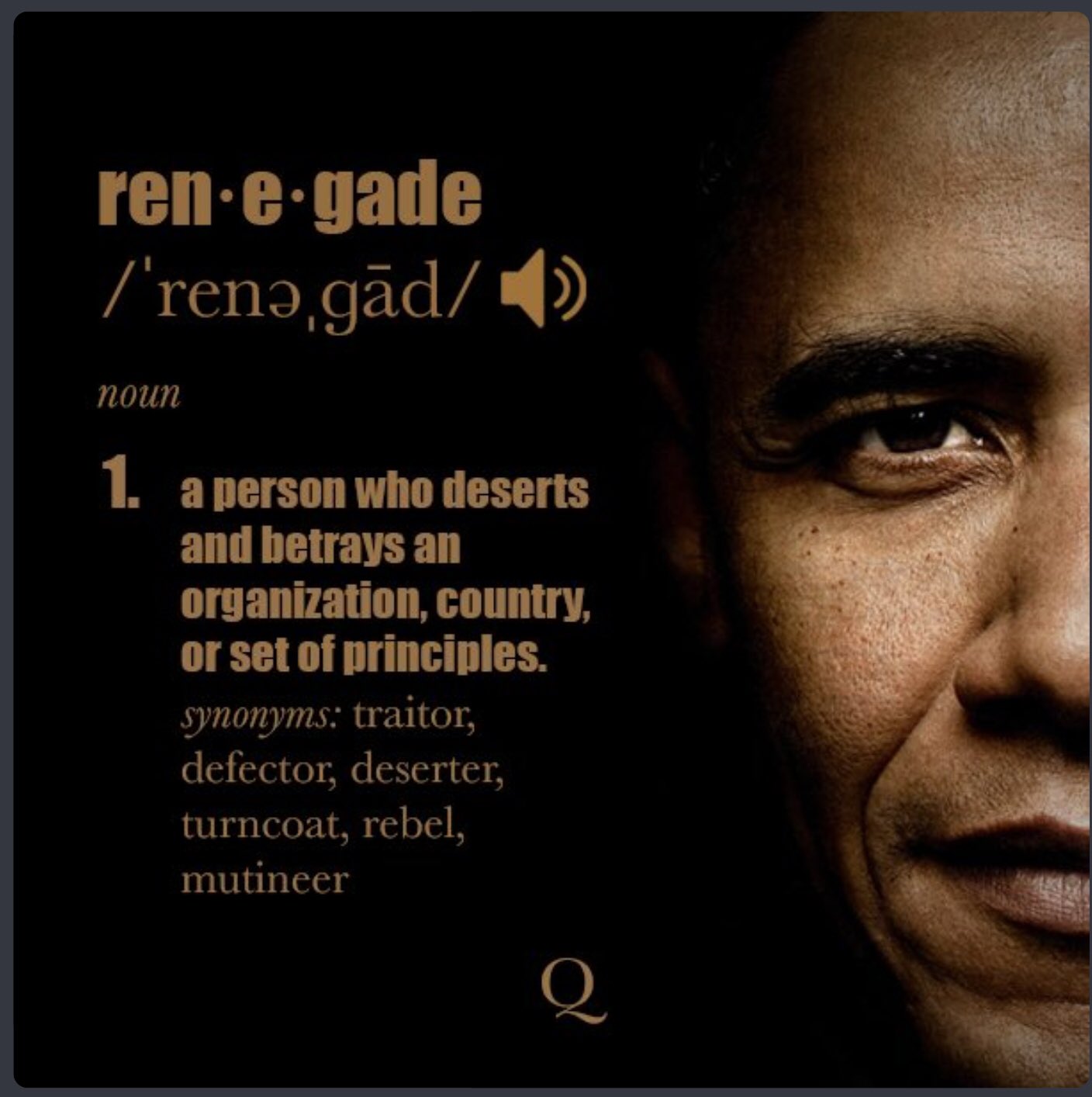