The economy is doing exactly what the patriots want the economy to do. Statistically it is is soaring. This is being done on purpose, in the end this will be to trap the [CB]. Housing prices are coming down, pending homes sales popped up, consumer confidence up, tax rebates are helping the people. The [CB] is now making a move to take back the narrative, the patriots will block this, the patriots are in control. Trump hits the [CB] again, letting everyone know that the [CB] is keeping the US from greatness. The [DS] is pushing their agenda, they are running out of time. The Covington lawsuit is back on.  More government employees pass away. AS and NP push the fake impeachment angle, they are putting it up to a vote, but its not what everyone thinks. The patriots are ready for this. Flynn’s judge postpones the hearing. Comey’s memos have been changed, the truth is coming out. Unrest around the world, the people are unhappy with the elite. 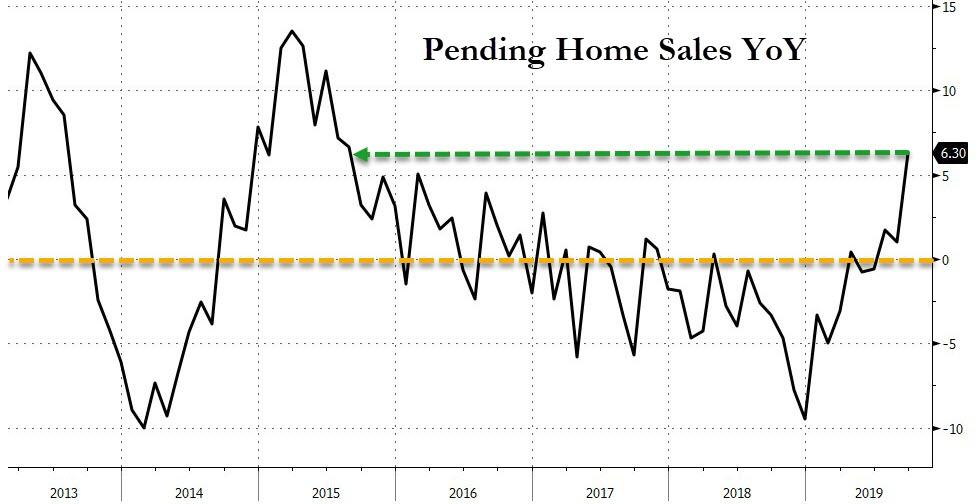 Ted Malloch: WHAT DOES THE ECONOMY SAY? Since the passage of #TaxCuts in December 2017, real disposable personal income per household has increased $5,205 as of June 2019.👍

“Over in Europe and Japan they have NEGATIVE RATES. They get paid to borrow money. Don’t we have to follow our competitors?” @Varneyco Yes we do. The Fed doesn’t have a clue! We have unlimited potential, only held back by the Federal Reserve. But we are winning anyway!

Let me thank @ewarren for removing our Covington case to federal court & giving us the chance to brief the issue. After briefing, the judge also reconsidered & reopened the Sandmann case against the Post. Despite many big corporate media law firms against us, justice is coming. https://t.co/1d7f1K4CK6

The patriots are closing on the SWAMP, the swamp as we know are made of corrupt government employees elected or non elected individuals, we are seeing a strange thing happen, many are becoming ill and passing away, is this a coincidence maybe but very odd to happen altogether

3 congressmen/senators in less than a week

Wow, that’s 3 Congressmen/Senators in less than a week now. Elijah Cummings, John Conyers and now Kay Hagan, whose death was described as ‘unexpected’ at 66.

Have the military trials begun and we just haven’t heard yet?#QAnonhttps://t.co/I0Z5bq8ABM

The [DS] is running out of time, the never thought that the plan they had would go up in smoke, the Mueller report was suppose to give them everything they needed to move forward with obstruction and impeachment, the [DS] never planned past this because they believed that their plan was going to work.  So the [DS] is pushing ahead with the same plan the impeachment plan, Trump asks the question with a tweet

Where’s the Whistleblower? Just read the Transcript, everything else is made up garbage by Shifty Schiff and the Never Trumpers!

Today’s backtracking is an admission that this process has been botched from the start.

We will not legitimize the Schiff/Pelosi sham impeachment.

House Democrats now suddenly saying they’ll vote on an impeachment resolution to “ensure transparency” is rich—considering they’ve spent weeks conducting interviews in secret, leaking their own talking points while locking down any and all information that benefits the President

The only crimes in the Impeachment Hoax were committed by Shifty Adam Schiff, when he totally made up my phone conversation with the Ukrainian President and read it to Congress, together with numerous others on Shifty’s side. Schiff should be Impeached, and worse!

So the [DS] they decided to bring another Ukraine witness in to testify, remember this is a show that you are watching

NSC Official Alex Vindman Testifies in Full Military Uniform, Despite Not Wearing One to Work Every Day

This individual was   ‘advising’ Obama-era Ukrainians on how to ‘deal’ with  Giuliani.

Supposedly, according to the Corrupt Media, the Ukraine call “concerned” today’s Never Trumper witness. Was he on the same call that I was? Can’t be possible! Please ask him to read the Transcript of the call. Witch Hunt!

Why are people that I never even heard of testifying about the call. Just READ THE CALL TRANSCRIPT AND THE IMPEACHMENT HOAX IS OVER! Ukrain said NO PRESSURE. https://t.co/VYmW8bYcgS

ANOTHER SCHIFFTY BACKFIRE: A US gov. employee who has reportedly been advising two gov’s?

No wonder he is confused and feels pressure.

However the only opinion that legally counts is Pres. Zelensky’s. Who has clearly said NO pressure.

End of impeachment. End of Schiff.

This Pelosi non-impeachment resolution is hilarious. It goes out of its way to avoid authorizing a specific investigation and delegation of authority and instead repeatedly references an “investigation” that under the rules of the House doesn’t even exist. https://t.co/KYIoKkL31J

Pelosi and House Democrats are clearly trying to play games with the U.S. Court of Appeals in D.C. and are hoping that the federal judges won’t notice their sleight of hand in trying to claim unlimited impeachment investigative authority without actually voting to delegate it.

Democrats can’t up and authorize a real investigation now, because that would be an admission that previous demands were unauthorized, nuking their current case. So they’re left to play cutesy games where they reference a non-existent investigation and hope nobody will notice.

This entire move is a trick, lets look at this

This week, we’re voting to establish the format for open hearings that will be conducted as part of the impeachment inquiry.

The American people will hear firsthand about the President’s misconduct.

BREAKING EXCLUSIVE: Fired FBI Director Comey Likely Doctored His Memos In Effort to Take Down President Trump and the US Senate May Have the Evidence! our pages Powell describes how the Flynn 302 was altered –

Agent notes say Flynn wasn’t sure he spoke to Kislyak on the UN vote.

More on the 302: They added Kislyak’s description of any Russian response to a request from Flynn.

Powell: “That question and answer do not appear in the [agent] notes” pic.twitter.com/04zjcMQnCP

Identification of the (felony) leaker of the Flynn-Kislyak call?

ONA Director Col. James Baker “is believed to be the person who illegally leaked the transcript of Mr. Flynn’s calls to Ignatius” pic.twitter.com/u27qDm92kT

The Flynn 302 doesn’t even match the FBI Agents’ notes.

302: “Flynn remembered making four to give calls that day about this issue.” pic.twitter.com/27WlXJ6gG6

Lisa Page lied to the DOJ about her edits to the Flynn 302.

Upon seeing her texts, she “believes she must have seen it at some point…” pic.twitter.com/fgMaZcWnWa

On page 26 Powell states that the government’s case against Flynn is “so fundamentally unfair as to be shocking to the universal sense of justice”.

#BREAKING: Judge Sullivan has cancelled our hearing in early November because of the “comprehensive briefing” of the parties. To see the full brief and exhibits (160 pages) filed on behalf of @GenFlynn, see http://www.SidneyPowell.com @BarbaraRedgate @JosephJFlynn1 @GoJackFlynn

Source: theconservativetreehouse.com
While the DS is trying to get out of office and setup certain individuals within his administration, we find out that Obama had his inauguration ceremony paid for by a saudi tycoon

BREAKING: A Saudi tycoon sent hundreds of thousands of dollars to the U.S. to help pay for the inauguration ceremony of Former President Barack Obama when he won the Presidency in 2012.

BREAKING: Over a Dozen Arrested in Tennessee Human Trafficking Bust