BJ just trapped the [CB]/elite in their own game, and they didn’t even see it coming. He has now setup the UK to exit, either by a deal or a no-deal BREXIT. The patriots are in control. Once this happens the other countries in the EU will most likely start to make their move. In the US the economy statistically has been taken to the next level, the Fed cut the rates once again. The [DS] is running out of time, they are trying to impeach before the indictments are unsealed. Barr and Durham are further along than previously thought. The resolution that Pelosi is pushing is going to be voted on. AS and NP have no evidence and the witnesses they have been calling have no evidence to give, the entire sham is falling apart. Flynn’s case falling apart, SP has pushed the Mueller team to the edge and they are about to fold. This entire process has been exposed to the public, enjoy the show.

The [DS] have now trapped themselves with the fake impeachment inquiry, the patriots wanted them to pursue this, this entire push to impeach the president with no evidence has just exposed the entire DS and those who go along with it will be in trouble come election time, the goal was to drain the swamp, the swamp is deep and wide and one of the best ways to accomplish this is allow these people to expose themselves, the patriots plan all along was to capture both the house and the senate, the house has been doing nothing, the American people have been watching this, this part of the swamp will be drained by those in the house not running again or being voted out, the patriots are now moving in for the kill, we will be talking about this a little bit later, but first it seems that Kamala Harris needs to cut staff, she is running out of funds, many of these candidates will be dropping out the race very soon.

Nervous Nancy Pelosi is doing everything possible to destroy the Republican Party. Our Polls show that it is going to be just the opposite. The Do Nothing Dems will lose many seats in 2020. They have a Death Wish, led by a corrupt politician, Adam Schiff!

Mark Meadows tweeted out the following

Democrats go 4+ weeks with a secretive, free for all, no rules impeachment process—and now try to save face with a short on substance resolution that only pretends to give the minority rights and blows up precedent.

Americans will see right through this. What a debacle.

The American people waking up to the fact that the House is doing everything in secret, this is not open and transparent, the whistleblower has disappeared, the DS are now calling people in that have nothing to do with the call, they have no evidence, just saying they heard something is not evidence, because there are others who listened to the call who will say the opposite, plus Trump released the transcript and the person who he spoke to President Zelensky is backing him up.

Now the house is voting on a defense bill and the Dems are threatening to block it, it does include 250M for Ukraine Assistance Intiative, McConnell explains in a tweet

Ironically, the defense funding that Democrats are threatening to block includes $250M for the Ukraine Security Assistance Initiative, the exact same program over which Democrats are attempting to impeach the president. Imagine if Democrats vote against this funding.

“Precisely the same program that the Democrats are trying to Impeach President Trump for supposedly slow walking, tomorrow, right here in the Senate, they (the Dems) say they’re going to filibuster for the exact same program.” @senatemajldr Mitch McConnell. Do Nothing Democrats!

Now as we know the DS is parading in witnesses trying to make it look like they have something, it looks like the Russian Collusion investigation that completely fell apart, yesterday Alexander Vindman testified, Devin Nunes explains whats going on.

Source: saracarter.com
The [DS] then tried to make it seem like the phone transcript is not valid, it was missing important information, they need to do this because they never expected Trump to release the transcript,

So lets get this straight

All missed this except this one person

The NYT tweeted the following

NYT reports that Vindman, who likely leaked secret information to the anti-Trump whistleblower, tried and failed to alter WH call records to fit his Ukraine narrative.

Now we know who whined to the whistleblower about security protocols for WH records. https://t.co/LPgpnC3JcR

“As the transcript is in the public record, we are all aware of what was said,” Vindman said in his statement.

So why would he need to alter it?

Either Schiff, who leaked this to NYT, is lying, or Vindman tampered with evidence.https://t.co/UIF438vwOV

Vindman and the MSM are saying that Trump’s transcript is not the complete transcript, key words were removed, so does Vindmen have proof, does he have the recording because there were alot of other people on the call and the President of Ukraine is not agreeing with Vindman. So the witness needs to show proof of what he is saying, please produce the evidence.

Evidence would be the original call, not something he wrote down

All Vindman could come up with, all Adam Schiff’s star impeachment witness could do, was complain about petty and meaningless things the transcript might have missed, and because that was the best Vindman could come up with — a guy who hates Trump and who heard the original call — we now know the transcript of the call released by the White House correctly informed the public of what was said…

Which means Trump did nothing impeachable.

Which means Nancy Pelosi’s impeachment jihad continues to get dumber by the day.

Catherine Herridge said the following: One thing that caught my attention is that Vindman said he shared it with people who were relevant and who had sort of a need to know and proper security clearance. And, it you could just bare with me, the reason that matters is that presidential phone calls are highly classified and if they’re shared with people who don’t have a need to know that would be a potential violation of the leaking statute that is 18 USC 798. And if you watched closely this afternoon Rep. Jim Jordan said that Chairman Schiff repeatedly shut down lines of questioning including who Vindman talked to after the July 25th phone call.

The text of the Democrat impeachment resolution was released

Still there has been no house vote on impeachment, this entire process is a fake impeachment hearing, they can call it what ever they want, they changed the rules to push their personal agenda.

Yesterday we talked about how the DOJ was going to stop the grand jury information getting into the hands of the DS, wait for ruling from the judge or emergency appeal

The ‘stay’ suspends implementation of Judge Howell’s ruling last week until the court has the opportunity for review, and further formal motions are filed to appeal the decision.

The patriots no exactly how this is going to proceed, every move the DS make the patriots are 5 steps ahead, this is about exposing the corruption, exposing how these people do not follow the rule of law, watch how this plays out, watch how it all starts to all unravel just like the russian collusion witch hunt

#BREAKING: Today I filed an ethics complaint against @RepAdamSchiff for:

-Lying to the public about “Russian collusion”

Schiff must be held accountable. pic.twitter.com/oUIGWx2Lns 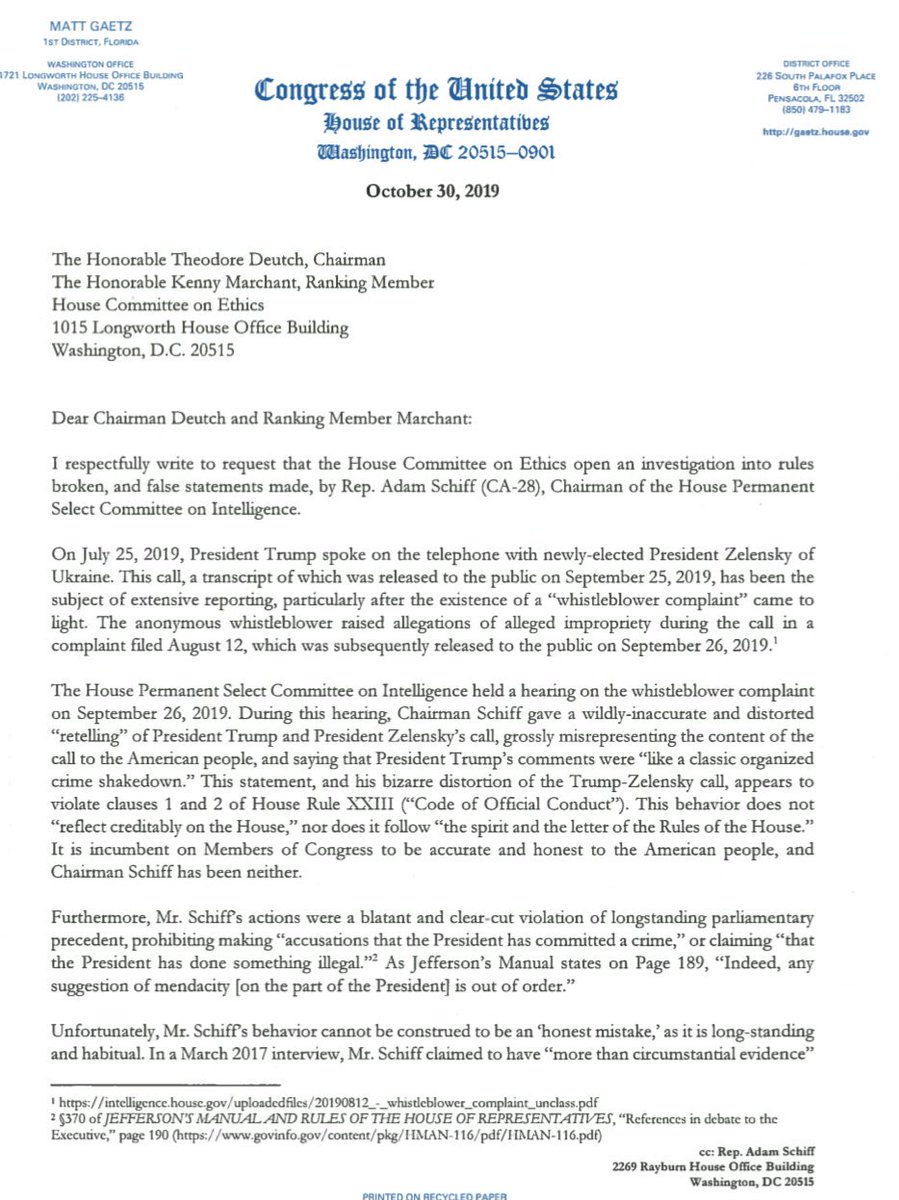 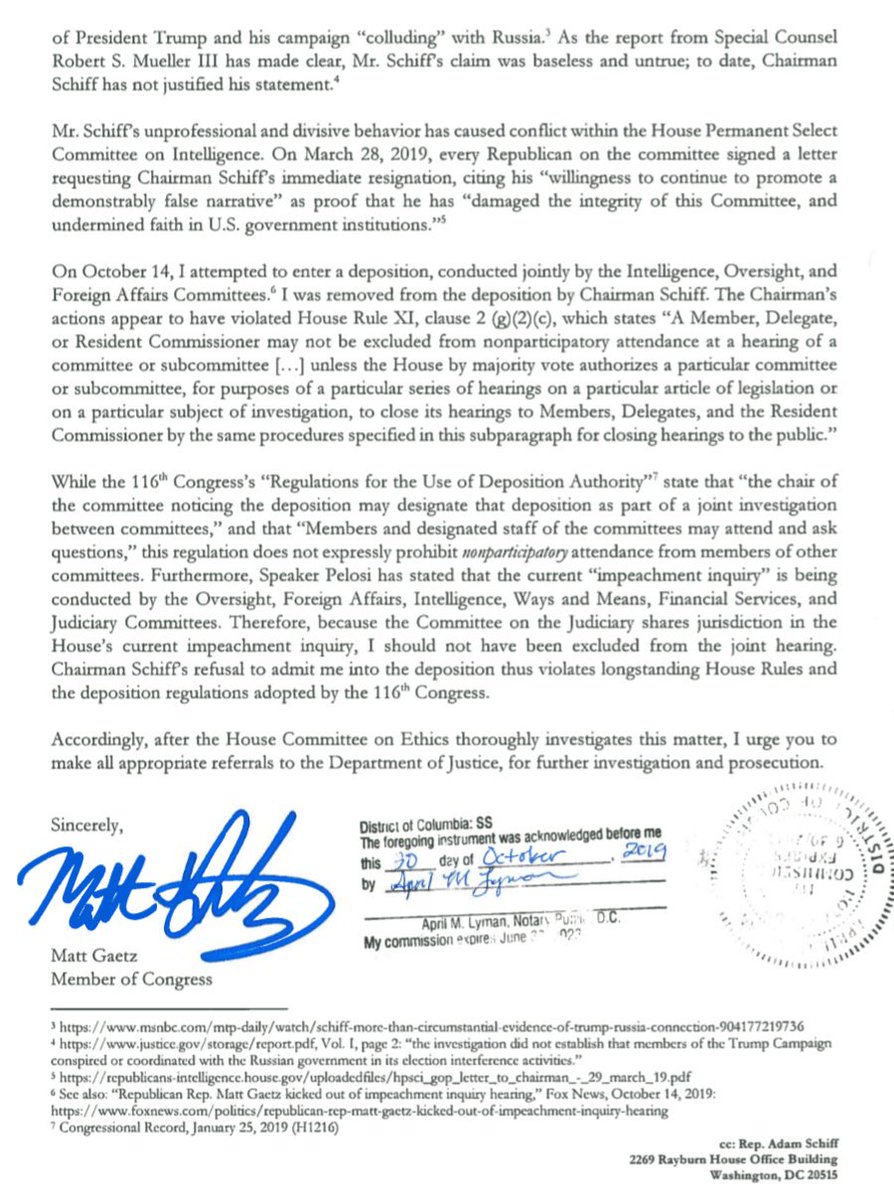 The DS plans are falling apart all around them, Look at the Flynn the MSM and other believed Flynn was guilty he was going to jail, he pleaded guilty, and now look, everything the DS did is not being exposed.

Watch the News This Week for the Release of Exculpatory Evidence

Photo of Devin Nunes Hunting for Chupacabras (circa 2001)

While the DS push their fake impeachment and the Flynn case disintergrates in front of their eyes, Barr and Durham maybe further along than everyone thinks

EXCLUSIVE: Three Recent Events that Indicate AG Barr and His US Attorney John Durham May Be Further Along than Previously Suspected!

Recently, I have been posting videos about the status of the existing border fence and construction of new fence on YouTube. They suspended my channel that I created about 10 years ago, saying that the reason was hate speech and promoting violence.

I think, though, that it may have had something to do with the coming election and that my videos about the border were becoming too popular.