BJ is now leading in the polls, the [CB] is panicking, they know they are not going to win the elections. What do [CB] normally do when they are losing, they push fear. The [CB] have sent Trump a global economic warning message, his response is the MOAB. Trump and the patriots are ready to bring down the entire system. The [DS] is now panicking about the FISA report, the MSM is now in the process of spinning the report and they are reporting that it was all a conspiracy theory. But the FISA report is the guide it lays out the players, it tells a story for the the next wave, each wave inflicts pain, makes it harder for the MSM to spin. Trump is ready to punch back and the [DS] will be knocked out in the 15th round.

The results of the YouGov #GE2019 MRP model are finally here: 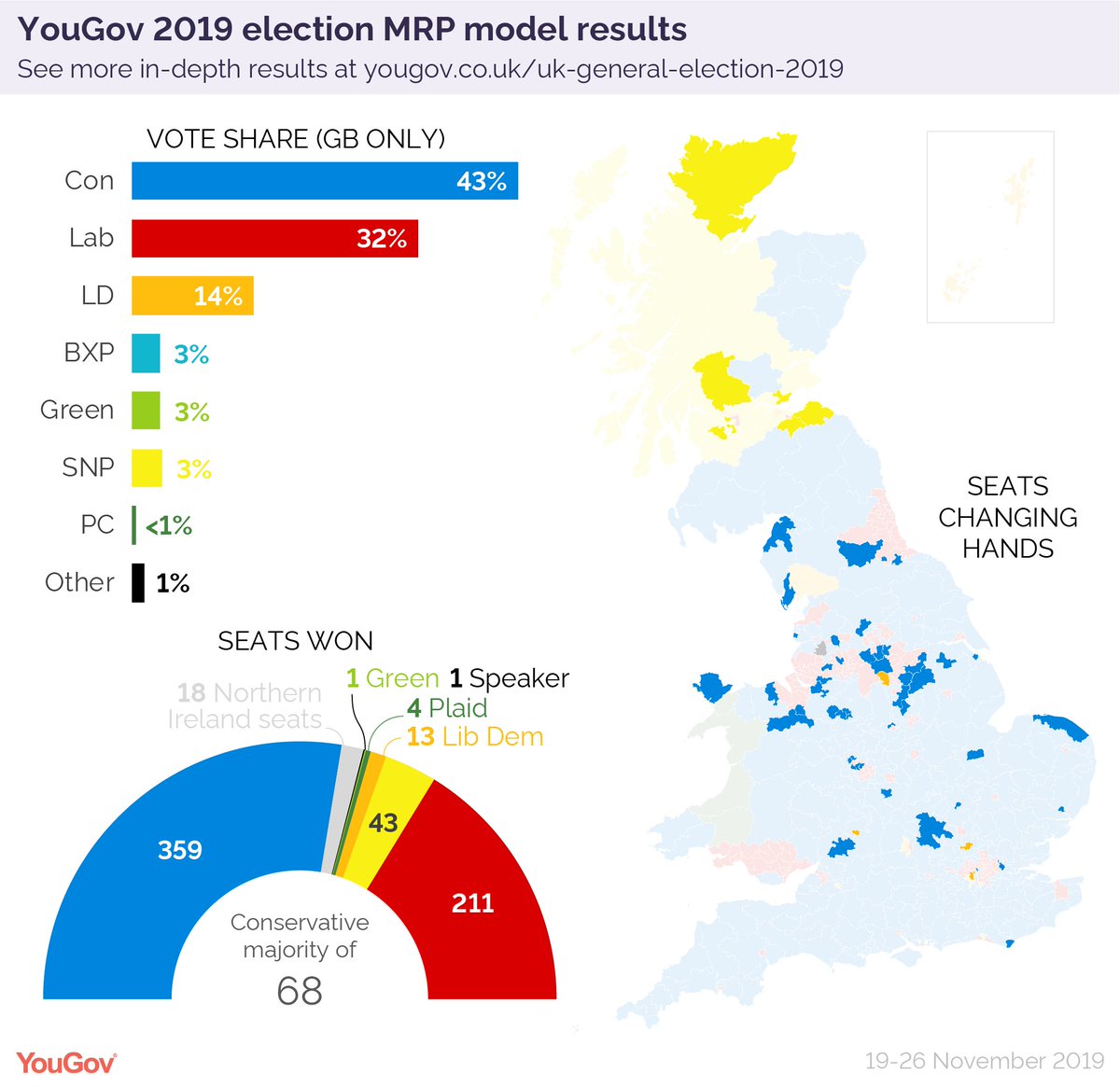 Fallout from US-China trade conflict could be ‘even worse’ than WWI, Kissinger says

The [DS] is now in the process to control the IG FISA report narrative, they are now pushing that the report shows no spying, it was all a conspiracy theory made up by Trump and those who follow him, the MSM attempt to control the narrative has already failed,  We will be talking about this a little later, but first something very interesting with Gordon Sondland that has just surfaced, remember when

Was Sondland Threatened by Democrats? Top Witness Changes Testimony Before Hearing… Then Accused of Sexual Assault After Not Delivering the Goods on Trump

The [DS] players are in a continued panic, we have seen Biden, clinton, Clapper, Brennan and other lash out against Trump and the latest is now Alexandra Chalupa, remember she was in Ukraine pushing an agenda to get Trump , she tweeted out the following

We’re reminded daily that Donald Trump is unwell and incapable of fulfilling his duties. Republicans place him in danger by failing to protect him and the office of the presidency. Is there anyone around him who will show compassion and do the right thing for him and our nation?

Don Jr. tweeted out the following 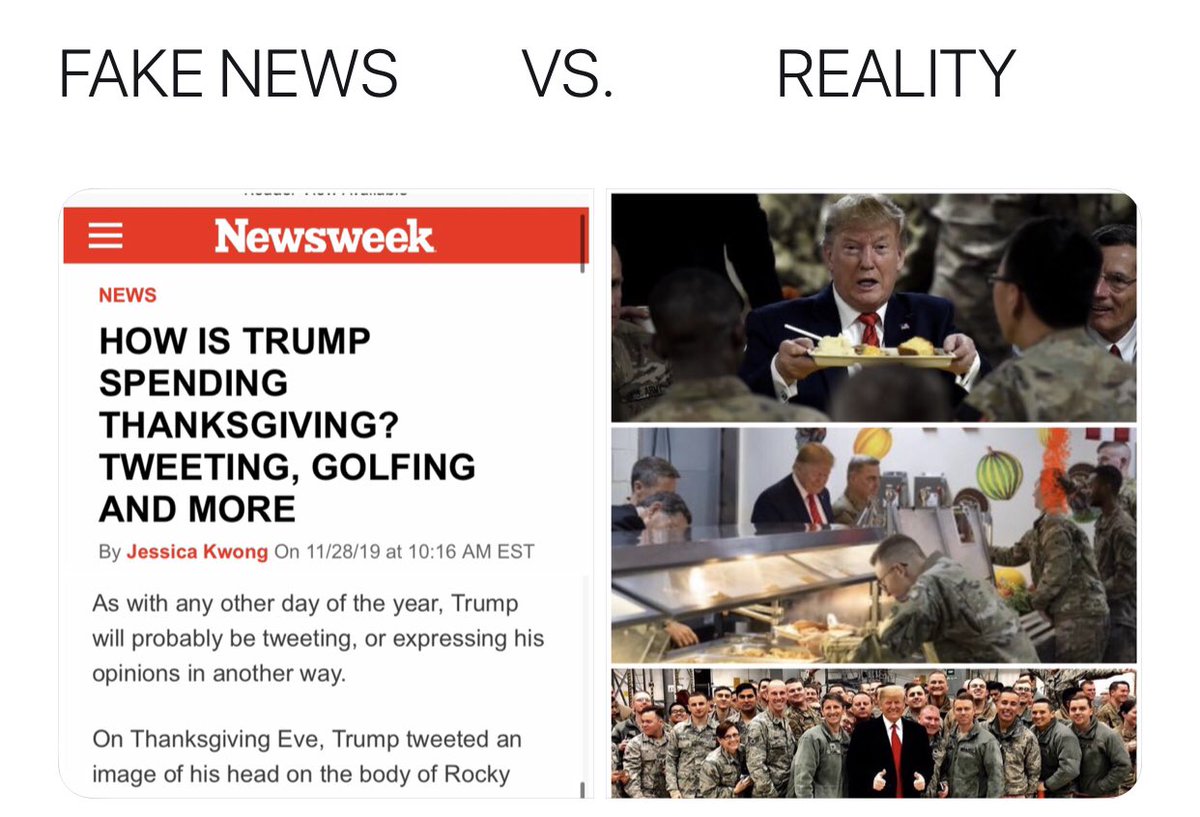 I thought Newsweek was out of business? https://t.co/3ro4eSJloo

then Newsweek changed the headline

Watch how Newsweek sneakily changed a headline without even issuing an addendum or retraction after they claimed that Trump was golfing, when in fact he was celebrating Thanksgiving with our troops in Afghanistan.
They accuse Trump of doctoring memes while they doctor headlines. pic.twitter.com/mkZofqLYFv 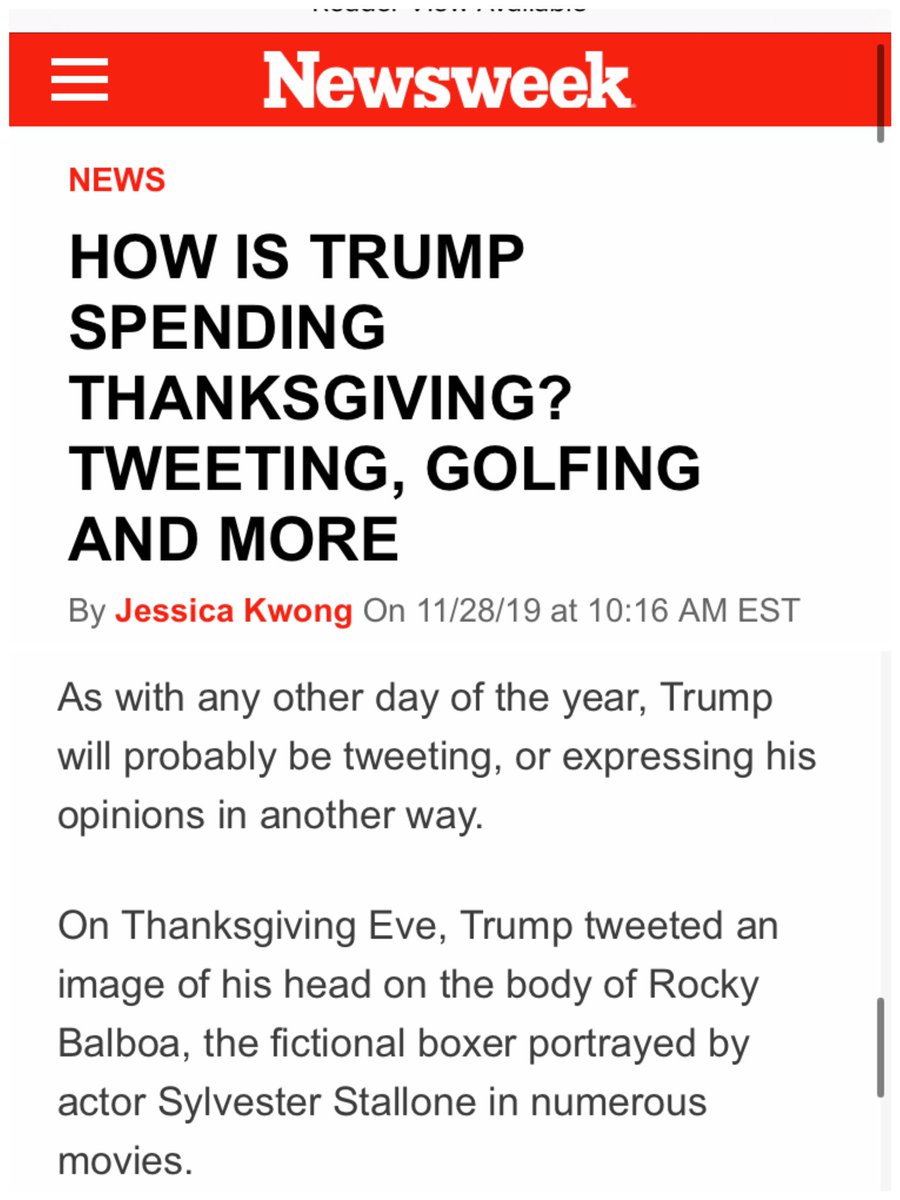 MSM Not Happy with Q

Newsweek problems?
http://www.newsweek.com/how-storm-biggest-fake-news-story-796725
Strike back against us?
MSM not happy?
“Conspiracy” label.
Re_read crumbs re: “conspiracy” / MSM coverage.
Who will be next?
They are here.
They will try to discredit.
They are stupid.
They bring more eyes.
The ‘proofs’ are important.
‘Proofs’ provide new ‘eyes’ ability to question.
This board in the coming months will be spread & discussed across ALL PLATFORMS.
Important to be prepared.
We will help.
TRUTH always wins.
Q

Now we know the IG FISA report will be released very soon, the MSM is in spin mode, they are trying to get ahead of the report.

WASHINGTON — The Justice Department’s inspector general found no evidence that the F.B.I. attempted to place undercover agents or informants inside Donald J. Trump’s campaign in 2016 as agents investigated whether his associates conspired with Russia’s election interference operation, people familiar with a draft of the inspector general’s report said.

[…] The finding also contradicts some of the most inflammatory accusations hurled by Mr. Trump and his supporters, who alleged not only that F.B.I. officials spied on the Trump campaign but also at one point that former President Barack Obama had ordered Mr. Trump’s phones tapped.

[…] [FBI] agents had an informant, an academic named Stefan A. Halper, meet with Mr. Page and Mr. Papadopoulos while they were affiliated with the campaign.

[…] The F.B.I. did have an undercover agent who posed as Mr. Halper’s assistant during a London meeting with Mr. Papadopoulos in August 2016.

We need to manage our expectations, The FISA report is a guide for the people, those have been sleeping do not know the players, they do not know how this came out, this is the part of the educational process, this report will inflict pain on the [DS],  Think of it has building a building, the foundation needs to be strong to support what is coming.

The MSM is pushing the  narrative that the report is a nothing burger, there was no spying, Trump and his followers were pushing a conspiracy.

Remember The Inspectors General investigates, policies, procedures that have been violated.  The IG does not prosecute, they recommend disciplinary action, and like we saw with Comey report they might refer a case to the DOJ for criminal prosecution. .

IG does not do criminal investigations.

As we can already see the MSM will use the IG report to paint the narrative that no one, did anything wrong, no indictments, no prosecution.

Horowitz may or may not make  criminal referrals, If Horowitz does not the MSM will say see this is a conspiracy theory pushed by Trump and his followers. Then the MSM will try to take control of the narrative and try to remove Barr, because they know this is just the beginning of a much bigger plan.

Remember what the IG report is, it is a guide to all the [DS] players, their roles, what they did, people will need this moving forward.

Think of every post made.
It would force us to prove everything stated to avoid looking crazy, correct?
What do they fear the most?
Public awakening.
If they ask.
They self destruct.
They know this is real.
See attacks.
The build is near complete.
Growing exponentially.
You are the frame.
You are the support.
People will be lost.
People will be terrified.
People will reject.
People will need to be guided.
Do not be afraid.
We will succeed.
Timing is everything.
Think Huber.
Think DOJ/FBI reorg.
Think sex/child arrests / news.
Think resignations (loss of control).
How do you remove evil in power unless you reveal the ultimate truth?
It must be compelling to avoid a divide (political attack/optics).
We are the majority (growing).
WW.
Sheep no more.
TOGETHER.
Q

Jacoby [t[the wife of Fusion GPS’s Glenn Simpson]lso facilitated special recognition awards for ‘strategically’ placed attorneys such as Leila Babaeva, a Russian speaking attorney who is now working at the Foreign Corrupt Practices Act unit at the DOJ and Kathryn Cameron Atkinson, who just happens to be the wife of Michael  Atkinson, the next likely candidate for the position of the Inspector General of the Intelligence Community.

Apelbaum provides a couple pictures of Ms. Atkinson.  One is the announcement of the GIR awards –

Another picture shows Ms. Atkinson mingling with the crowd which happens to also show Ms. Jacoby –

Birds of a nasty feather flock together.  Who says there’s no Deep State?

The swamp loves investigating corruption, except for their own.@realDonaldTrump has absolutely nothing to hide. But do Democrats?

One thought on “[DS]/MSM FISA Narrative Control, Conspiracy No More, What Do They Fear The Most? – Episode 2033”