Trump boxes in Pelosi on the USMCA. The USMCA is need for the overall plan for the US and to bringdown the [CB]. The US has become energy independent, this is needed once the US breaks free fo the petro dollar. This is not a trade war, it is a war on the [CB]. The [DS] is pushing the fake impeachment forward, they have no place to go but forward, they will try to use other tactics to save themselves but it will fail. Hunter baby case wants his financial information exposed, Hunter trying to hide it. FISA, Declass and criminal investigations coming. Barr and Durham found additional evidence out in Rome. The MSM/DS is now spinning what is coming, they are using words like debunked and unfounded without showing evidence. The corruption, the swamp is about to be exposed.

A year ago today, @RealDonaldTrump signed the #USMCA trade agreement with Canadian and Mexican leaders.

This is a major win for American workers. Tell House Democrats to get it done! 🇺🇸 https://t.co/OZZJB18nD2 pic.twitter.com/ZKBYb7D7LK

As we know the USMCA is a big part of the overall plan, to break free of the globalists and the CB Trump needed the following

Momentous Change in US Crude Oil Market, with Global Impact

Will America’s Trade Policy End Up Destroying The Dollar?

I know why @paulsperry_ It’s because I asked IG Atkinson about his “investigation” into the contacts between Schiff’s staff and the person who later became the whistleblower. The transcript is classified “secret” so Schiff can prevent you from seeing the answers to my questions

John Durham, the U.S. attorney tasked with investigating the origins of the FBI’s counterintelligence investigation into the Trump campaign in 2016, is expected to seek an interview with former CIA Director John Brennan and former Director of National Intelligence James Clapper following an expansion of his investigation.

It was reportedly the meetings Durham and Attorney General William Barr recently had in Rome—where they obtained new evidence—that were the impetus for the broadening of the scope of the probe.

According to Fox News’ Catherine Herridge, her sources told her that Durham is now “very interested to question” Brennan and Clapper.

According to Herridge, the meetings “took place on Aug. 15 and Sept. 27, 2019, in Rome,” and that it was during one or both of these trips, that Barr and Durham “gathered new evidence.”

The news comes following months of speculation about whether the former top Obama officials would be questioned over their involvement in the investigation and spying on the Trump campaign.

It was recently revealed in a court motion by the lawyer for former National Security Adviser Michael Flynn, that the Justice Department (DOJ) had obtained two cell phones belonging to Joseph Mifsud, a Maltese Professor who has been cited as playing a key role in the FBI’s determination to open its probe into the Trump campaign.

Is Rome the key to the undoing of Spygate?

The FBI doesn’t operate abroad. All these assets were meeting me in Rome and London. Brennan was running this.

The IG Report Will Release December 9th, But What About The “Declassification List”?…

The corrupt history of Flynn prosecutor Brandon Van Grack – from the Special Counsel’s Office to the prosecution of Flynn.

As a member of Team Mueller, Van Grack was involved in improperly obtaining Trump Transition Team emails/comms from GSA – including privileged materials.

He hid the extent of the intrusion from Trump Transition Team lawyers. pic.twitter.com/KIvXrQdm2M 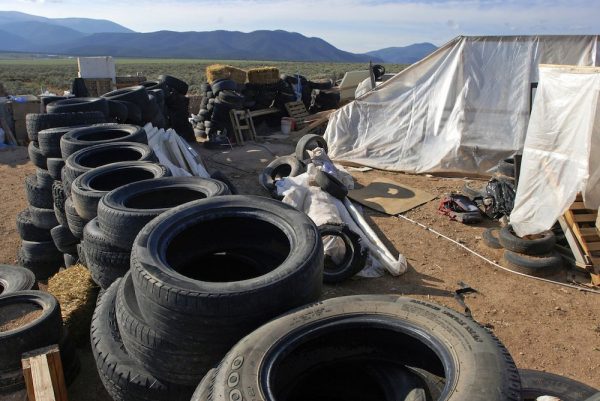 The MSM/[DS] players are going to be using the words

Debunked and unfounded, with out offering evidence. They will continue to use these words, why, because they are trying to steer the people away from certain stories, so by hearing the these words they are hoping will not look into them any further, but these are the stories that have facts, evidence backing them up.

The swamp loves investigating corruption, except for their own.@realDonaldTrump has absolutely nothing to hide. But do Democrats?