Skip to content
Reports
November 2, 2020November 3, 2020 x22report
SPREAD THE WORD
The people can see that Trump has complete control over the economy. The market moved up right before the elections, coincidence? US manufacturing soars to a 2 year high. Wages have seen their best growth in 40 years. GDP bounced back and we are seeing V recoveries everywhere. The [DS]/MSM are now planning the red mirage operation. They will not concede the election. Their plan is to drag it out as along as possible, create chaos and push their agenda. Trump and the patriots have known their playbook for a long time, countermeasures are in place. Red wave coming, nothing can stop this nothing. How do you stop a D5 landslide you can’t.

US Manufacturing Surveys Soar In October To 2-Year Highs

Remember, Third Quarter GDP is the biggest in U.S. history, by far. Next year will be our best ever! #Durham In other news: Former Acting FBI Director Andrew McCabe scheduled Senate Judiciary Committee November 10, where @LindseyGrahamSC says the focus will be on who at FBI + DOJ misled (criminal) the surveillance court in 2016 + 2017 over the 4 warrants for Trump campaign aide

@carterwpage + whether McCabe knew dossier source was discredited by Jan 2017, but still used Democrat funded research to secure renewals. Based on what is public + what he knows privately, Graham said he “doesn’t see how Durham could not indict” +”too much to ignore.” @CBSNews

JUST IN: The FBI is investigating an incident in Texas on Friday involving the alleged harassment of a Biden-Harris campaign bus by motorists displaying Trump 2020 flags, a law enforcement source familiar with the investigation tells CNN. @joshscampbell reports

This story is FALSE. They did nothing wrong. But the ANTIFA Anarchists, Rioters and Looters, who have caused so much harm and destruction in Democrat run cities, are being seriously looked at! https://t.co/3pmbMllPWS

BREAKING: San Marcos police determine the Biden campaign vehicle was at fault in the collision with the Trump convoy

Maxine Waters Is Losing It Over Black Support for Trump

Twitter has named 7 outlets to determine whether a race is officially called.

Translation breathe because the [DS]/MSM/Social Media are Panicking

Panic from the gay left! 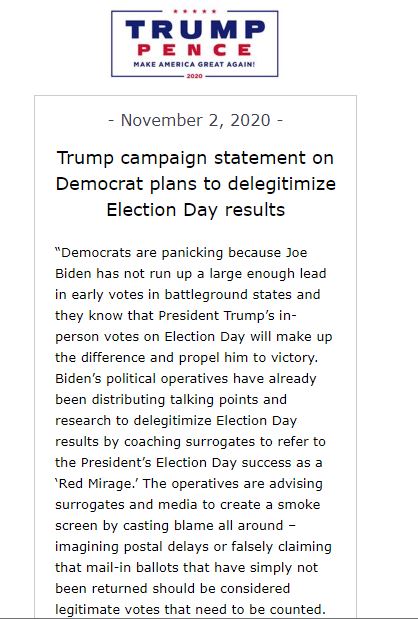 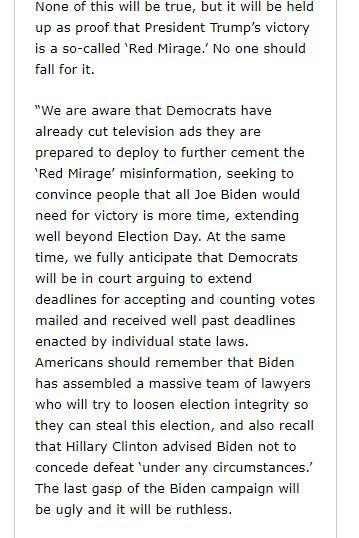 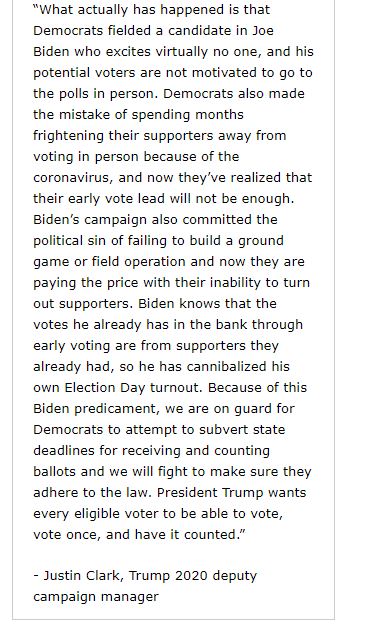 President Trump: “Don’t tell anybody, but let me wait til a little bit after the election.”