The economy is springing back into action, Dick’s sporting goods is now expanding and opening more stores. Trump has done something that needed to be accomplished before the elections. He brought the unemployment rate down to 7.9%, why is this important, this is the same unemployment rate that BO had. Trump is pushing forward with the plan. Trump and the first lady have been diagnosed with the virus, he will be in isolation for a 10 days or so. During this time optics are very important, will arrest be made during this time, I don’t think so. What has been the main objective this entire time, the election. The [DS] have been pushing mail in ballots, how do you remove fear and allow people to vote in person. 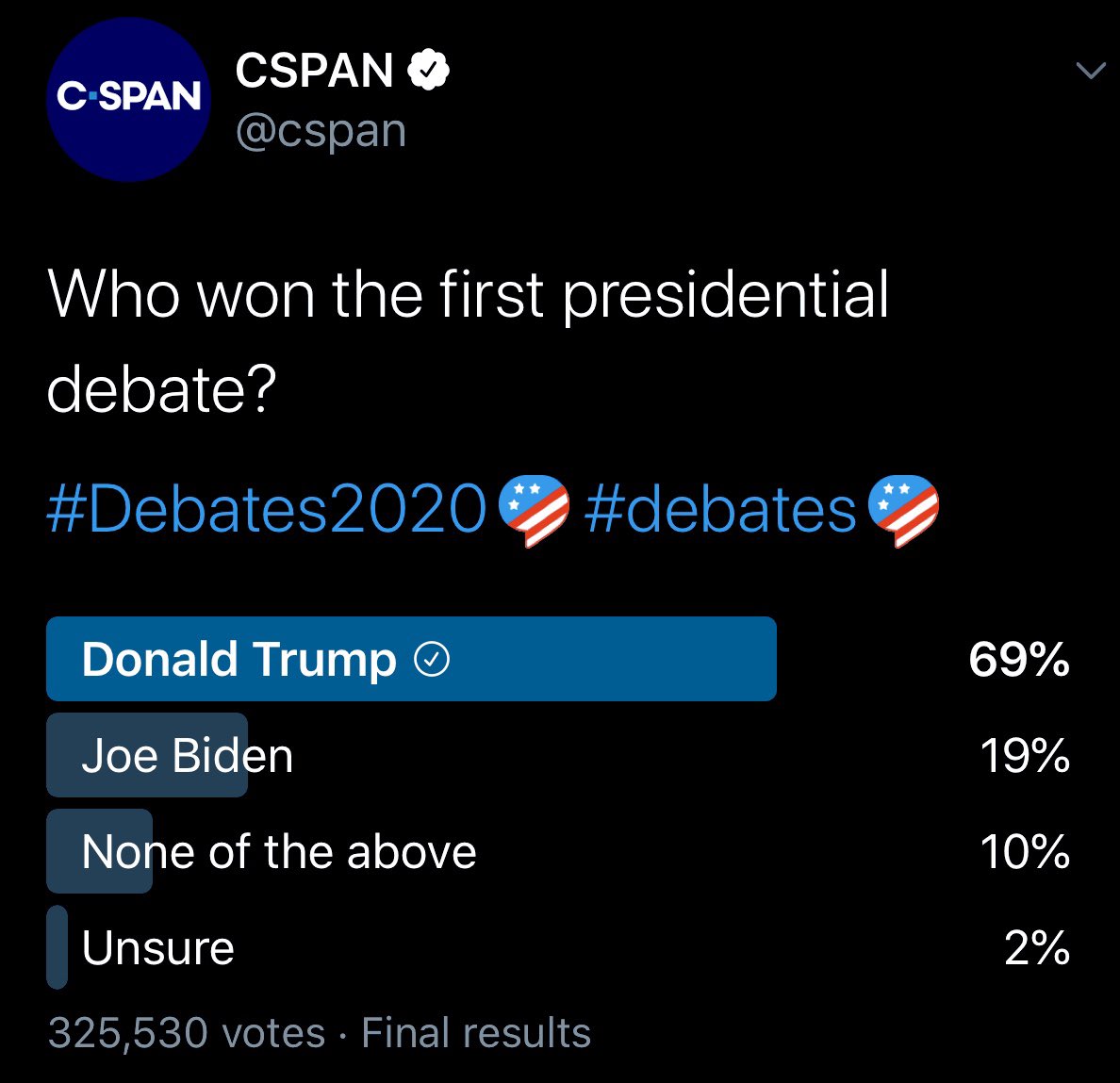 The US Marshals rescued more than 1,300 children in the United States.

And each year since President Trump came into office the number of rescues has increased.

The DS are pushing the same agenda, battle on the border

Migrant Caravan “Blows Through Guatemalan Border” Towards US

Hope Hicks, who has been working so hard without even taking a small break, has just tested positive for Covid 19. Terrible! The First Lady and I are waiting for our test results. In the meantime, we will begin our quarantine process!

Tonight, @FLOTUS and I tested positive for COVID-19. We will begin our quarantine and recovery process immediately. We will get through this TOGETHER!

The MSM is confused and happy at the same time

I Am The Politics Editor And I Have Absolutely No Idea What Happens Next https://t.co/GapwETxtsR 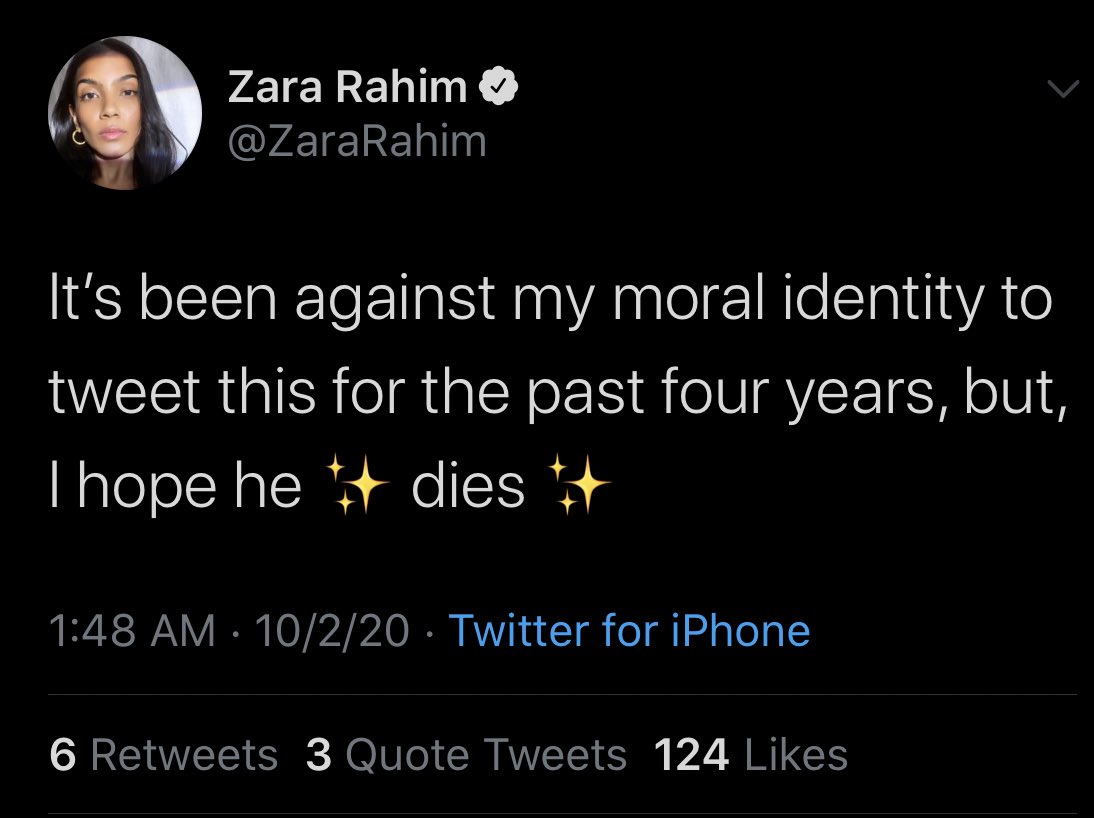 Twitter does nothing to enforce its rules after verified leftists wish death on the president of the United States https://t.co/cVvIIWdWwb

Biden is yet to denounce any of his supporters–including former Obama/Biden White House staff–who are openly saying they hope the president dies. https://t.co/LuYNOzdekA

UK PM Boris Johnson, who beat COVID-19 after spending a few nights in the ICU, also expressed his sympathies.

This brings me back to Trump tweet, GreenCastleGo explains

The media doesn’t care about the truth.

More children in New York state have lost parents to COVID-19 than on 9/11. https://t.co/SXU5qhJMRP 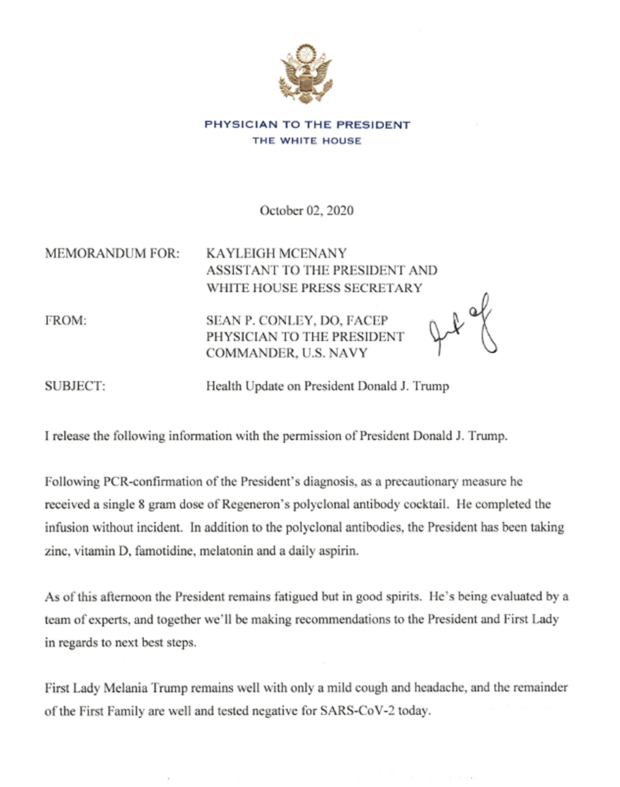 June 11, 2020 at 7:00 AM EDT
REGENERON BEGINS FIRST CLINICAL TRIALS OF ANTI-VIRAL ANTIBODY COCKTAIL REGN-COV2 FOR THE TREATMENT AND PREVENTION OF COVID-19

Two-antibody ‘cocktail’ is designed to help protect against viral escape

The next 2 weeks will tell the Tale. This is the middle Act of the Drama you can call THE PANDEMIC, where the villainous Democrats hold millions hostage as they USE the virus as a political to BEAT US WITH. The FINAL Act of the Drama will be President Trump’s to write…