Ep 2830a -Corrupt Politicians Exposed,People Are Figuring It Out,Sometimes You Must Show The People
The [CB] have accelerated their plan, they are raising rates quicker than expected because they know they need to move full speed ahead, this will be their downfall. The corrupt are being exposed and the people are learning that fiat and the [CB] does not benefit them and now people are protecting themselves. The [DS] is now preparing for the midterms, everything is being stripped away and the last death blow will be the SC. This will then push the [DS] agenda into overdrive, they are preparing for chaos, riots. The agenda is to have their foot soldiers mask up so they needed an event to do this and the just got it. [HRC] just signaled that it is time to have a change of batter. The playbook is known, the [DS] will have to pull this off before the midterms, watch August, this is when the [DS] likes to play.

Spanish Energy Minister (clearly aiming at Berlin): "Contrary to other countries, Spain hasn't been living beyond its means in energy terms"#EnergyCrisis

Reporter: "Has your husband ever made a stock purchase or sale based on info received from you?"

Pelosi: "No, absolutely not."

The Pelosi’s recently bought shares in Nvidia, $NVDA, worth millions.

Nancy Pelosi backs the CHIPS Plus bill, a $52B semiconductor bill. pic.twitter.com/uMNIRVxg44

BlackRock Is Breaking the Wrong Kind of Records

Peter Schiff has pointed out that Ukraine claims to have sold 7x worth of their total gold reserves since the beginning of the war.

The numbers don't add up. Makes you think, is someone using Ukraine as a front to liquidate some gold?

Federal probe into Hunter Biden has reached a ‘critical juncture’ and investigators are weighing possible CHARGES, report claims with just four months until the midterms

So what happens when it is revealed that everything they projected on Trump turns out that it was actually Biden doing all of this, and not just Biden but many others were involved in this, remember it is a criminal syndicate.

Do Durham is pushing his cases against HRC, Obama, Mueller and others, Weiss is pushing against HB and JB, how do you think this is going to play out in the end.

So when Trump was President the city was adorned with virtue signaling "Immigrants/Refugees Welcome" signs, now not so much? https://t.co/5TXlg11GFt 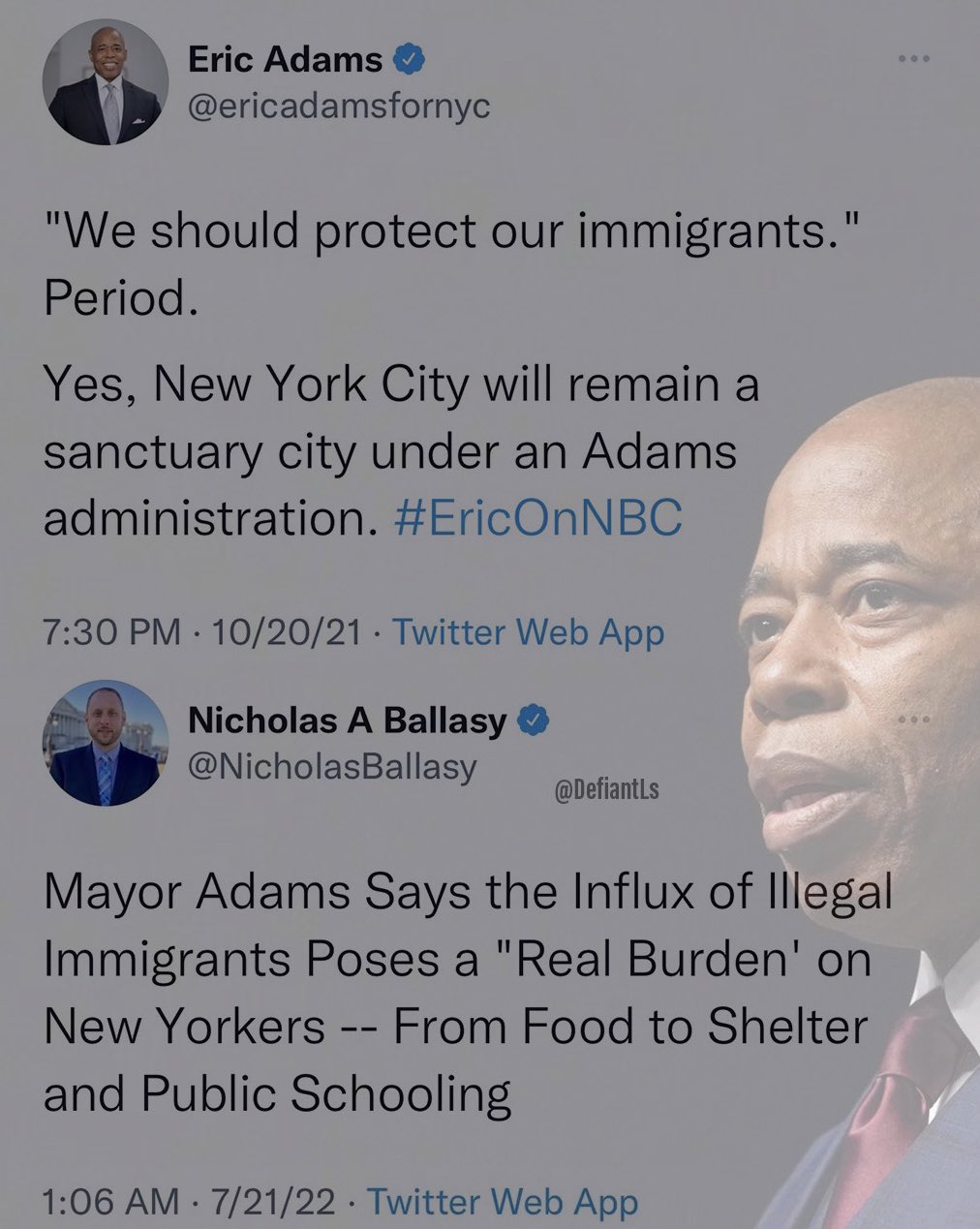 Federal immigration officials don’t know the whereabouts of potentially hundreds of thousands of migrants who came across the southern border last year, according to an internal Department of Homeland Security (DHS) report obtained by The Washington Free Beacon.

The report reveals that between March and June 2021, when Customs and Border Protection (CBP) agents encountered more than 720,000 migrants along the U.S.-Mexico border, agents failed to record the U.S. addresses of approximately one-third of illegal immigrants.

Those who did not provide a U.S. address and schedule an asylum court date are practically untraceable.

Thus far in the 2022 fiscal year, CBP agents have encountered a record 1,746,119 migrants at the nation’s shared border with Mexico. The previous record was set during the 2021 fiscal year, when there were 1,734,686 encounters at the border. 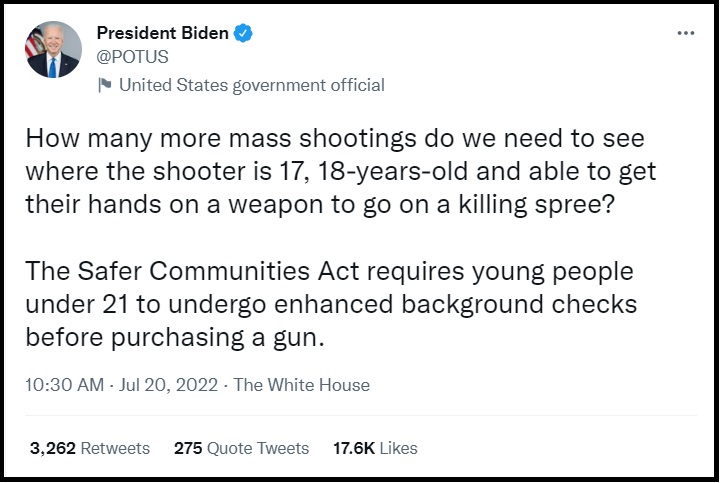 Depression ‘is NOT caused by low serotonin levels’: Study casts doubt over widespread use of potent drugs designed to treat chemical imbalance in brain

Like her mother, Kaitlin Barnes is not a medical doctor. Barnes does not even have a scientific background or a Ph.D. in any field. Her professional background is a combination of her parents’ professions; Kenneth Barnes has had a long career in urban planning and community organizing. From an archived copy of Kaitlin’s website, which has been scrubbed (emphasis added):

Despite the fact that she has no prior experience in conducting any public health research, she got right to work on the study, which was a joint effort between LACOE and Ferrer’s department.

Fauci, Other US Officials Served in Lawsuit Over Alleged Collusion to Suppress Free Speech

A Pandemic of the Vaccinated: President Biden tests positive for COVID-19

It was one year ago today that Biden said this quote: "You're not going to get covid if you have these vaccinations."

It’s a pandemic of the vaccinated.

When Trump tested positive for covid, the @nytimes and @washingtonpost dedicated entire investigative pieces to tracking Trump’s every move prior to being infected.

Will they do the same with Biden? pic.twitter.com/9nLg750IMo

Now this is where it gets interesting

Many thousands of MSDNC direct attacks have failed to control the reach [sway opinion] and prevent growth [‘free-thought’].
When direct attacks [use of inserts [cutouts]] fail > censorship [ban] deployed as aggressive method to slow/limit growth.
Next: more ‘act of violence’ frame-ups
CONTROLLED INFORMATION DISSEMINATION SYSTEM DESIGNED TO CONTROL YOU IS THREATENED.
If you posed no threat [reach and topics] to their control [information dominance] they would not continue to expend ammunition.
They would not care.
#2 attacked topic [#1 POTUS].
ALL FOR A ‘CONSPIRACY’.
INFORMATION WARFARE.
INFILTRATION NOT INVASION.
Q