Ep 2829a – [CB]/[WEF] Are Struggling, A Tiny Percentage Believes In Their Agenda
Europe is in trouble, they never thought it was going to go down this way, the people are rising up. The Green Agenda is falling apart, the plan has been accelerated and the [CB]/[WEF] was not prepared. The people are not with them no matter what they try. The patriots have all the leverage, the [DS] knew that this day was coming and they knew that they were going to have to deploy every asset possible. This is the year of the boomerang. This is not about a 4 year election, this is about throwing off a tyrannical government that is not working for the people. This is being done without bloodshed, without a civil war. Trump and the patriots are chipping away at their system and exposing it at the same time.

She proposes: A) 15% cut in demand, and B) that all EU countries share gas flows

Translation 15% cut for the EU citizens, so this winter it will be very cold, burn what you have or chop trees down. we don’t care

Unsold inventory is suddenly coming out of the woodwork.

Active listing spiked by 64% year-over-year, to the highest since late 2019, and this occurred even as sales plunged:

Rep. Massie tells Pete Buttigieg that if the average household plugged in electric cars, it would take 4x more electricity to charge the cars as would be used on air conditioning. pic.twitter.com/Bd4lSo5BKX

Merriam-Webster also changed the definition of the word girl pic.twitter.com/5wkPcD9yJA 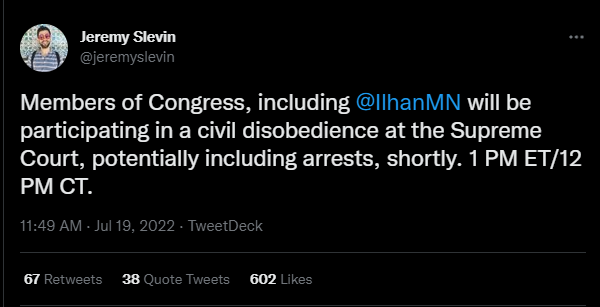 Hey Sen @HawleyMO, I hate to break it to you, but this is, in fact, you.

You raised your fist in solidarity with white supremacists who attacked our Capitol.

While you may politically regret what you’ve revealed about yourself, you still have no place in public office. Kanekoa reported on this explosive text message today on Substack – You can join here.

Why was Hunter Biden working with ‘the chief of intelligence of the people’s republic of China’?

Why was Hunter Biden’s business partner with ‘the richest man in the world’ who was building China’s Belt and Road Initiative?

Founded in 2002, CEFC China Energy Company Limited (CEFC China) was the largest private oil and gas company in China when Hunter Biden began doing business with them in 2017.

As Hunter explained to his business partner Tony Bobulinski in text messages, he spoke with the Chairman of CEFC China Ye Jianming on a “regular basis” because they had “a standing once a week call as I am also his personal counsel (we signed an attorney client engagement letter) in the U.S.”

Hunter also said he was advising CEFC’s Chairman “on a number of his personal issues (staff visas and some more sensitive things).”

Who has the declassified documents, who presented these docs to the GJ, will he go public with all of this, of course, timing is everything.

9 million new illegal aliens will be in America by the end of Biden’s first term.

No sane country would allow this to happen.

Legal gun carry is banned and/or restricted in almost every location where mass shooters choose to strike. Now ask yourself why they choose those locations. https://t.co/N9HkqyLvLT

We're staring down a war with the Russians, yet:

What is going on?

Forced masking is BACK in California.

Leftist states cannot help themselves — they are philosophically addicted to mandates & restrictions.

In Florida, we know what freedom looks like, & this isn't it. We will never allow the Left to seize power & impose mandates on Floridians. pic.twitter.com/a9sSsDHU8X

2/ Given that health authorities now agree the shots do not stop infection and have effectiveness against Omicron lasting months at most, the risk-benefit profile is absurd. Any other therapeutic would already have been pulled from the market or had its use severely restricted…

4/ Please don’t compare these to the flu shot. At this point they are even LESS effective and far more dangerous. And as they have not a prayer of inducing herd immunity their risks and benefits should be managed individually, ie by prescription.

This should be a massive scandal: "Secret Service agents, many of whom protect the president, vice president and other senior government leaders, were instructed to upload any old text messages involving government business to an internal agency drive before the reset…

This isn't a coverup of debunked story that Hutchinson gave about an altercation with Trump. This is a coverup of comms btw Secret Service and other agencies and officials (Harris?) about what went down on January 6. We will see how outraged J6 committee and propagandists get 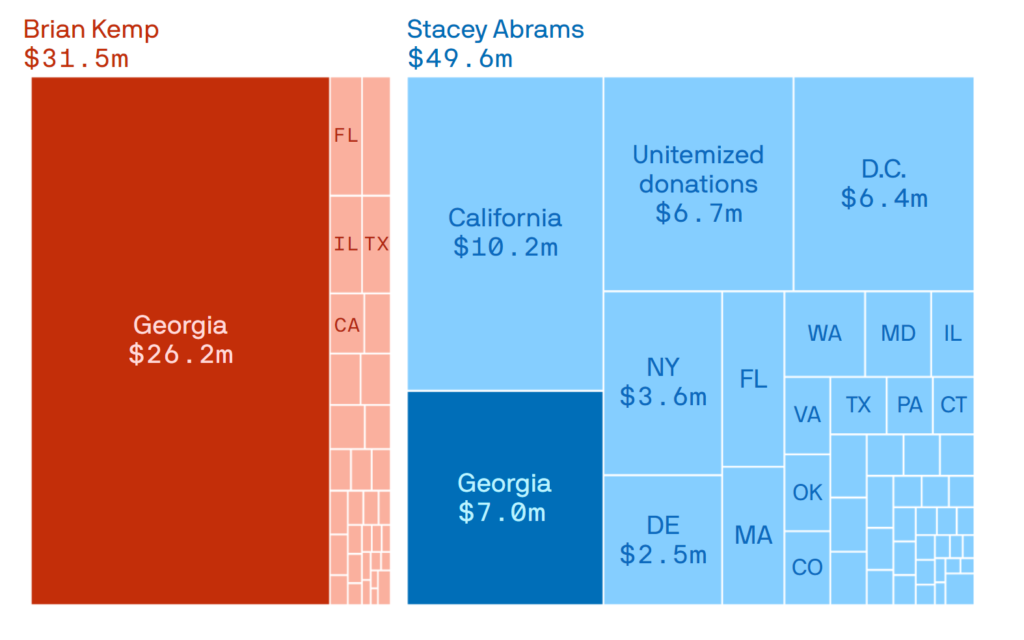 You are witnessing/watching the systematic destruction of the OLD GUARD.
POWER WILL RETURN TO THE PEOPLE.
Q

— That whenever any Form of Government becomes destructive of these ends, it is the Right of the People to alter or to abolish it, and to institute new Government, laying its foundation on such principles and organizing its powers in such form, as to them shall seem most likely to effect their Safety and Happiness. Prudence, indeed, will dictate that Governments long established should not be changed for light and transient causes; and accordingly all experience hath shewn that mankind are more disposed to suffer, while evils are sufferable than to right themselves by abolishing the forms to which they are accustomed. But when a long train of abuses and usurpations, pursuing invariably the same Object evinces a design to reduce them under absolute Despotism, it is their right, it is their duty, to throw off such Government, and to provide new Guards for their future security. —
Q