The Elite are now projecting that if another country tries to leave the EU it will not be easy, see what happened in the UK. Once the UK leaves the other countries will not care, this is like a D5. Trump has created a statistically powerful economy, patriots control the narrative. Trump is preparing for the transition, creates a new economic strike force to go after those who are colluding economically. The [DS] has walked right into the trap, the just set a precedent and the patriots are about to use it. Transcripts have been released from the secret hearings, what do they show, nothing. Project Veritas puts out another undercover piece showing the JE coverup. Trump is now joining Mexico to go after the cartels. The walls are closing in on the [DS]. slowly, methodically the [DS] is feeling pain with each wave, get ready another wave is coming.

Brexit is a warning to populists with simple solutions: Latvian foreign minister

BREAKING: No Recession on Horizon: “We think US economy is poised to grow 2.5% in 2020, about the same pace as this year. The key M2 measure of the money supply has accelerated; M2 is up 6.6% in the past year versus a 3.5% gain the year ending one year ago.”–First Trust Advisors

The [DS] is now struggling, the impeachment narrative is detoriating, everything else failed, the Biden are more trouble than before, memos show Obama, Biden pressuring the prosecutor, the fake impeachment is falling apart, the selective pieces of the transcripts released from the secretive hearing show nothing, watch how the patriots inflict pain on the [DS], next wave coming.., but first Julian castro’s presidential run is in trouble

Thanks brings us to Biden, John Solomon obtained memos that show that

Lets summarize all of this with a tweet from matt Wolking

This is the evidence the media said didn’t exist. pic.twitter.com/4cL9k1S9DY 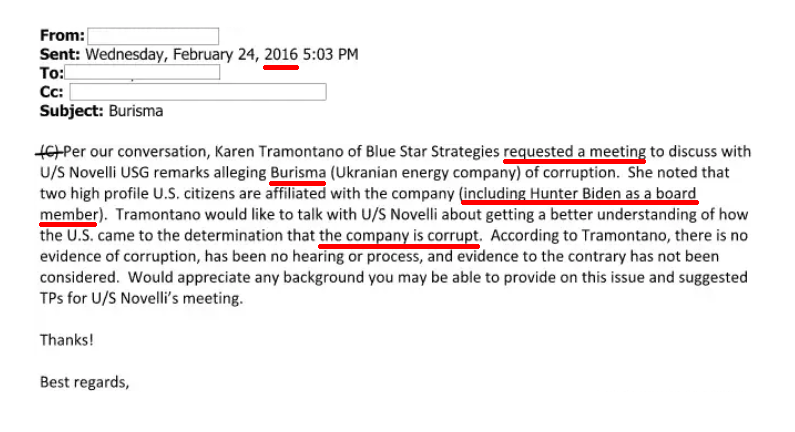 Another FOIA’d email shows that Hunter Biden’s business partner and fellow Burisma board member Devon Archer was set to meet with Secretary of State John Kerry on March 2, 2016, a week after the email mentioning Hunter. pic.twitter.com/9MtqQSSg87 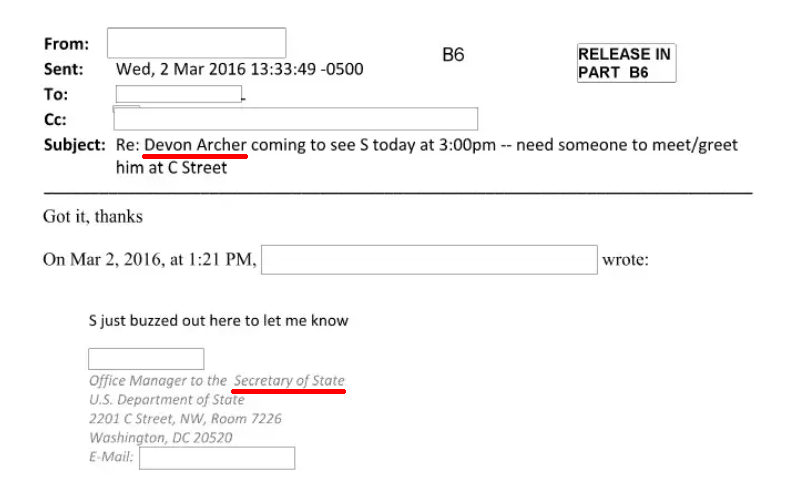 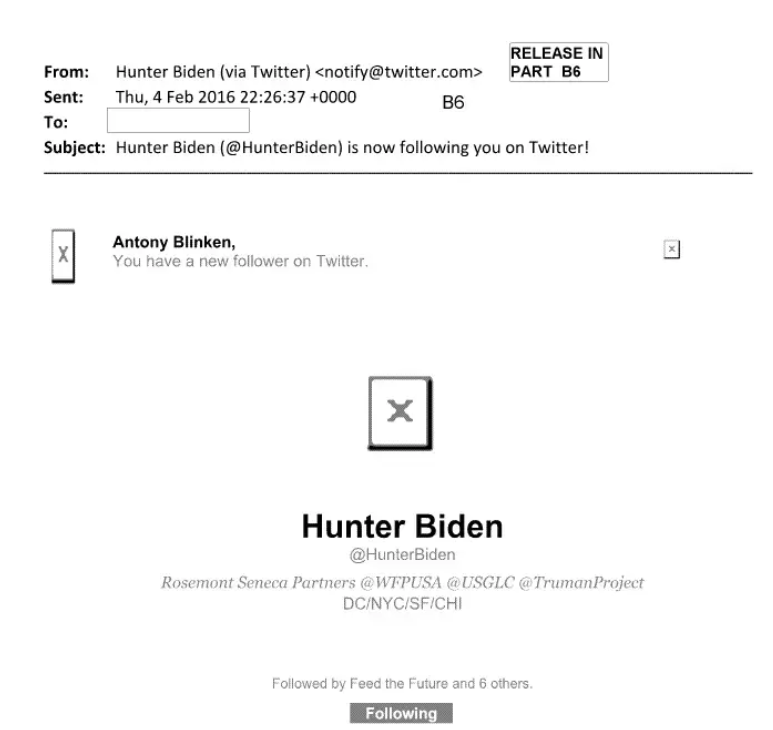 Marie Yovanovitch Transcript Shows ‘Quid Pro Quo’ – Or Does it

Before sending that text, Ambassador Sondland had a phone call with the President.

Sondland asked President Trump “what do you want from Ukraine?”

The President said, “I want nothing. I want no quid pro quo. I want Zelensky to do the right thing… to do what he ran on.” https://t.co/OHPUcli9Zz pic.twitter.com/HvkpxIgYwy

So who got to him, was he blackmailed, starting to look like that, plus this person lied to congress and to the people, he just trapped himself with this lie,, remember we have the phone transcripts

I asked Volker: And in no way, shape, or form in either the readouts from the United States or Ukraine did you receive any indication whatsoever for anything that resembles a quid pro quo?

Devin Nunes: House GOP Will Call Adam Schiff As Their First Witness, And There’s A Precedent

Only Adam Schiff can subpoena Adam Schiff, but there’s a precedent for this. Remember, last Congress, they were hell bent on making sure that former Congressman Dana Rohrabacher (R-CA) testified. I said, ‘Look, I don’t think this is a very good idea to turn around and have members of Congress come testify and give depositions. So, congratulations Democrats that were on the House Intelligence Committee that’s now become the impeachment committee. They have set the precedent for members of Congress to give depositions and so you heard the Minority leader the Republican leader, Kevin McCarthy, say that Schiff is our first witness. You’ve had John Ratcliffe, a former U.S. attorney in Congress, say Adam Schiff is our first witness. So, yes, he in fact is going to be our first witness that we are going to ask to come and give a deposition.

Project Veritas just released an uncover video of Amy Robach, she was speaking to a producer on a hot mic and she said they had the story of Epstein 3 years ago, they had clinton, they had photos, videos they had it all, those who traveled to the island, those who visited Epstein, Epstein was in the business of blackmailing people, plus she doesn’t believe he killed himself, there are now tons of memes going around with Epstein didn’t kill himself. drawandstrike breaks it all down in a tweet

The whole time #MeToo  was going on, the powerful media companies that control Fake News Media were covering for serial sex abusers among their friends & employees at ABC, CNN & NBC.

3 yrs ago there an election going on where Bill Clinton & other elites were needed. So…

Now let’s bring in the OTHER half of what these Fake News Media companies were doing while they killed stories about Matt Lauer, Bill Clinton, Jeffrey Epstein and others.

They were relentlessly trying to use #MeToo to take down @realDonaldTrump during the 2016 election.

And Trump wasn’t the only one these hypocrites were targeting while covering for all their elite friends in high places the last few years.

I guess “hypocrites” isn’t a strong enough word to use when discussing people who ENABLE SEXUAL ABUSE by covering for habitual predators.

This Epstein coverup might be what takes these media goons out for good…on top of Lauer, and Weinstein….and Ronan Farrow saying its time to revisit Juanita Broaddick…

Does he know something? 🤔

Watch how #EpsteinCoverup and #ABCNews never trend together today.

Right there in the @JamesOKeefeIII video from @Project_Veritas you can HEAR Amy Robach clearly discuss the level of evidence they had.

They had MULTIPLE witnesses, and photos. She says they had EVERYTHING.

How politicized have these media goons made EVERYTHING?

Even exposing SEXUAL PREDATORS is a political issue to them.

They cover for the “right” people and go after the “wrong” people.

And as we saw with Kavanaugh, they’re willing to attack based on the flimsiest evidence.

Over a Dozen Arrested in Kansas Sex Trafficking Sting A wonderful family and friends from Utah got caught between two vicious drug cartels, who were shooting at each other, with the result being many great American people killed, including young children, and some missing. If Mexico needs or requests help in cleaning out these…..

….monsters, the United States stands ready, willing & able to get involved and do the job quickly and effectively. The great new President of Mexico has made this a big issue, but the cartels have become so large and powerful that you sometimes need an army to defeat an army!

A very good start! Please all work hard to get a final deal. https://t.co/IYGeBqQIQ9

One thought on “[DS] Walked Right Into The Trap,Precedent Was Established,Epstein Coverup – Episode 2013”