The [CB] are now showing the people the way, they will prove it is better to hold gold and crypto. Everyone is watching Afghanistan, this will show the way forward. Palantir is now buying gold preparing for what is coming. The patriots are in total control, Afghanistan crisis is now showing the people that the Biden administration is not in control and what they are saying is not making sense, why is this, there are different factions trying to control the situation but there is one player that is calling the shots, CHINA. Trump and the patriots are now exposing it all, nothing is by accident, preplanned from the beginning. Every statement Trump made will be made public.The [DS] never was in control and each day that passes it gets worse and worse, never interfere with an enemy while they in the process of destroying themselves.  Follow the leader. Ep 2555b – Everything Stated By Trump Will Be Made Public, Follow The Leader Ep 2555a – The [CB]/[DS] Just Revealed The Truth About Their Economic System, It Has Begun

There is no new $ coming in.

There are bank runs, people can’t get to their money

Interesting. Peter Thiel is the CEO of Palantir and very close friends with President Trump. During the beginning stages of C19, Thiel was constantly with Trump in the business meetings on how to keep the economy afloat.

Newsom Sells His NorCal Home for $5.9 Million Ahead of Recall Election

In the Governor Whitmer kidnapping case –

Here is the text message from an FBI Agent to their informant telling him to “delete these” text messages. 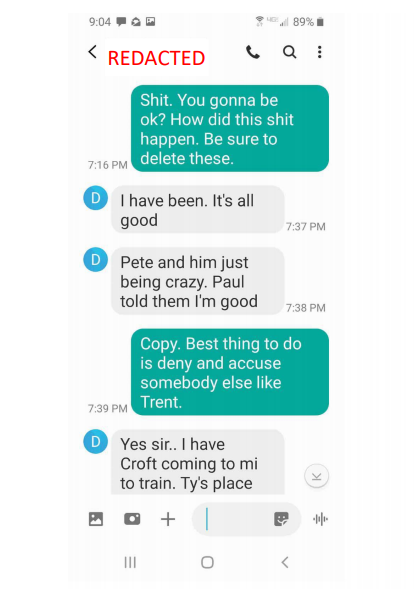 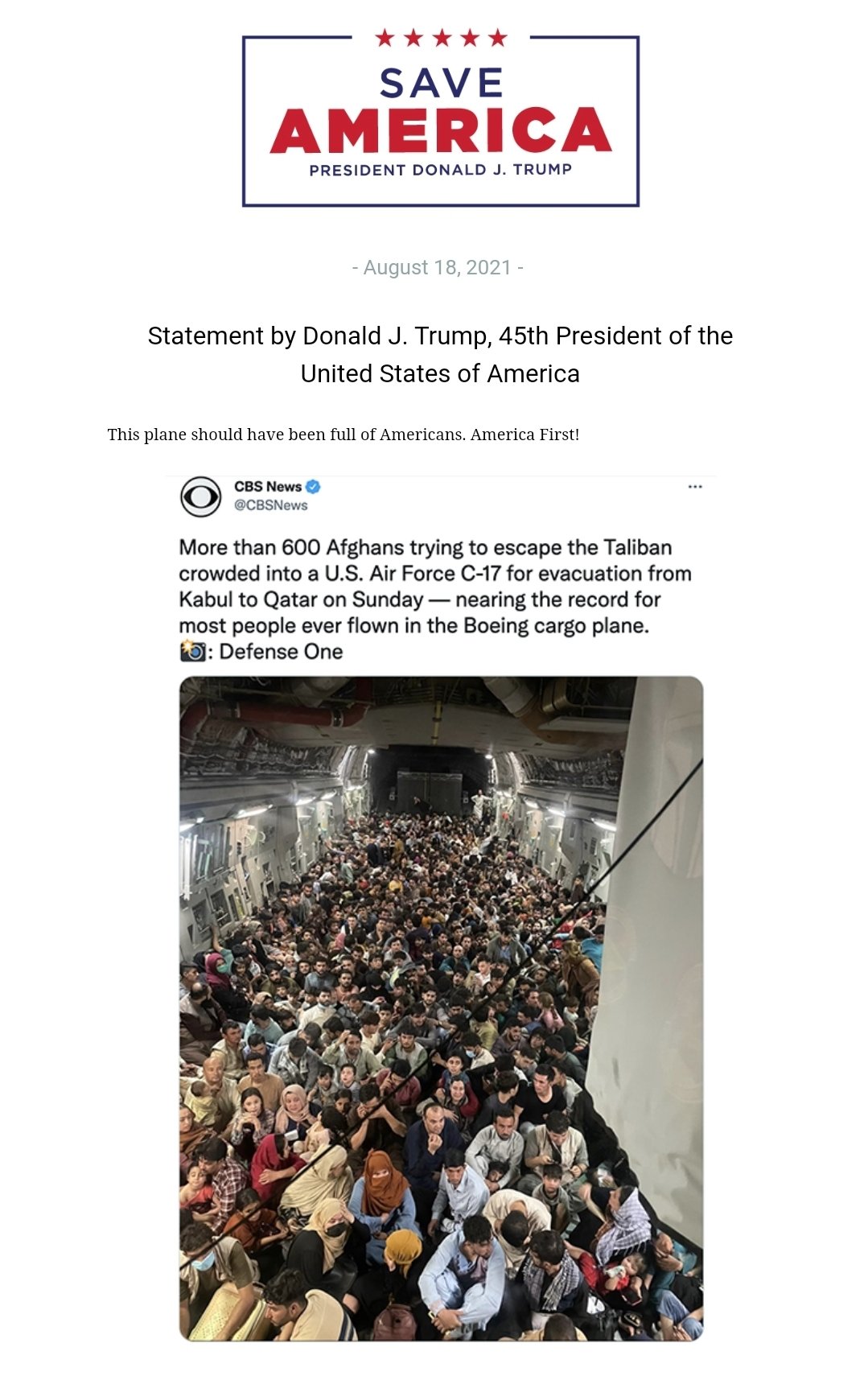 U.S. government-provided flights are departing.  U.S. citizens, LPRs, and their spouses and unmarried children (under age 21) should consider travelling to Hamid Karzai International Airport.   You should plan to enter the airport at Camp Sullivan.  From the HKIA Airport South Traffic Circle, head east for 1km and turn right on to Camp Sullivan.   Please note that gates may change frequently and that we will provide updates as necessary. THE UNITED STATES GOVERNMENT CANNOT ENSURE SAFE PASSAGE TO THE HAMID KARZAI INTERNATIONAL AIRPORT.
source: thegatewaypundit.com
There are different factions that are pulling and pushing Biden, we have the [DS] intelligence agencies, the warhawks, corrupt politicians (obama), but there is one faction that Biden owes, that is China, most likely China called the shots in Afghanistan, who has the most to gain in Afghanistan, who unleashed the biological weapon on the US to change the outcome of the election, who interfered

Julian Assange speaking in 2011: “The goal is to use Afghanistan to wash money out of the tax bases of the US and Europe through Afghanistan and back into the hands of a transnational security elite. The goal is an endless war, not a successful war” #Afghanistan pic.twitter.com/Hg3qVzABBg

Good morning! Do you think Joe Biden’s national security advisor Jake Sullivan is really as incompetent as the Afghanistan debacle makes him out to be?

…or was this all on purpose? A short thread to help you decide: https://t.co/xZKYq1rKRe

So, as you can see from the link above Sullivan has some pretty sketchy links to the CCP, who are champing at the bit to expand their influence in Afghanistan.

Maybe it’s a grift. Or maybe they’re literally traitors. Who else would claim they were on the same side as Al Qaeda? https://t.co/KdB1CkaEIT

Finally, let’s put this rancid cherry on the cake of shit that is the Biden regime.

Jake Sullivan, in his own words, talking about how much he wants China ascendant: https://t.co/2CL1K87nCM

“We helped create the conditions of stability and security in East Asia that allowed China to have this remarkable economic rise. So that it’s rising, in a way, is not the failure of American foreign policy; it’s the success of creating those stable conditions.”

So, you know, we can all jump to making fun of the folks around Biden for ballsing this up.

But don’t discount the fact that these people literally worked for CCP funded think tanks and have consistently promoted Chinese Communist geopolitical interests.

“My Administration prioritized keeping Americans safe, Biden leaves them behind. Canceling this successful Trump Administration program before the withdrawal that would have helped tens of thousands Americans reach home is beyond disgraceful.

Joe Biden currently has 40,000 Americans trapped in the Middle East and will not take questions on it but he can come out and make a direct attack on the children of this nation!

Source: thegatewaypundit.com
This seems to be a common theme, don’t talk to people, are they trying to stop the spread of information, think about a communication blackout
TAKE A LISTEN

“At small businesses enforcement was non-existent: sometimes the pass requirement was ignored entirely, other times we were asked “do you have a pass” and our answer wasn’t checked.

One restaurant had come up with a clever way to detect police stings without requiring customers to actually present a pass. As expected, enforcement was stricter by larger firms, however even there we saw the following:

– Test certificates being checked once and then swapped for a token that doesn’t expire.
– Expired tests being accepted.
– People accepting paper test certificates without scanning them.
– Scanning tests and then not looking at the screen to see the results.
– Accepting QR codes that failed to scan.”

Ken Bennett went on The John Fredericks show this afternoon and discussed the timing of the AZ audit report.

He said that the first meeting to review the draft report is next Wednesday and estimates that the report will be ready for public release by the first or second week of September.

An Act of War

7 thoughts on “Everything Stated By Trump Will Be Made Public, Follow The Leader – Ep. 2555”