Ep 2847a- The [CB]/[JB] Attempt To Save The Collapsing Economic Narrative Has Failed
The [CB]/[JB] are trying to convince the public they fixed the fuel and inflation problem. People see through this, this narrative will collapse on them in the next couple of months. The inflation reduction act will increase health costs and destroy the economy. The [DS] pushed their agenda, it is now backfiring on them, the public is not with them on this, the public is now seeing a dictatorship. At this point the [DS] does not care, they are fighting for their lives, they know they need to stop the midterm elections, they need to create the narrative that will stop it. This is what is happening. They are creating the narrative of Trump supporters getting angry, they are going to use this to create the riots. They are trying to get the Trump supporters onto the street, do not fall for the trap. When this does not happen they will use antifa to stage the entire thing.

Real weekly earnings are down for a record 16th consecutive month.

Inflation-adjusted earnings have declined for 89% (16 of 18 months) of Biden's presidency pic.twitter.com/IAgFtBaXJ6

Inflation is at a near 40 year high – even using the fake government numbers – And the leftwing media is gaslighting us over it because they're hacks trying to protect Biden and the Dems. Enemy of the people. https://t.co/8zgA7HsKQY

The result of these numbers is that final output costs will either result in higher prices or lower profits.

The border catastrophe is not a crisis of incompetence but of malice, premeditation and criminal intent. The plan, motive & objective is maximum migration. Every policy decision, every terminated agreement, has been executed for this singular end: mass uncontrolled entry into US. https://t.co/CBS24N51iH

Twitter worker is found guilty of spying for Saudi Arabia and releasing private information of the country’s critics in exchange for hundreds of thousands of dollars: Case is first time Kingdom has been found spying in US

Paul Pelosi Jr., Nancy's son, was an unnamed guest during her tour of Asia & Taiwan

He also is also on the board of Two Lithium Mining Companies, $SXOOF & $ATAO

McConnell won’t comment on the raid because McConnell supports the raid. He just doesn’t have the stones to admit it out loud because that would jeopardize his job in GOP leadership, which is the only thing he truly cares about. https://t.co/gpDji4Bpsi

Whitmer defense this am: FBI informant planted explosives material in truck of defendant so FBI could confiscate the evidence upon arrest.

‘Biden KNEW… just like he knew all about Hunter’s ‘deals”: Trump claims president was aware of Mar-a-Lago raid and calls it a coordinated attack by ‘Radical Left Democrat AGs’ – as pressure piles on DOJ to react

We need to see the (a) the warrant, (b) all of its attachments describing with particularity what was authorized to be searched, and (c) the affidavit supporting the warrant —

And we need ALL OF THIS WITHOUT REDACTIONS — indicating who swore to the affidavit, the timing, etc. https://t.co/G7fTrX7L2m

So he recused himself in the civil case, but signed off on a search warrant in the criminal case??? https://t.co/X96OZA4HGv

Handwritten FBI notes show this statement by Biden is false. In January 2017, VP Biden in an Oval Office meeting with DoJ raised using the Logan Act to go after Flynn.

Bear this in mind when Biden denies knowledge of the Mar-a-Lago raid. https://t.co/cSUrZJCTCi

New @trafalgar_group/@COSProject #poll shows over 3/4 of #Americans believe there are two tiers of the justice system.

They are raiding the homes of political opponents.

They are building a tax Army to come after our money and assets.

They are indoctrinating our kids.

They are sending our tax dollars to corrupt countries.

AND They want to take away our guns? 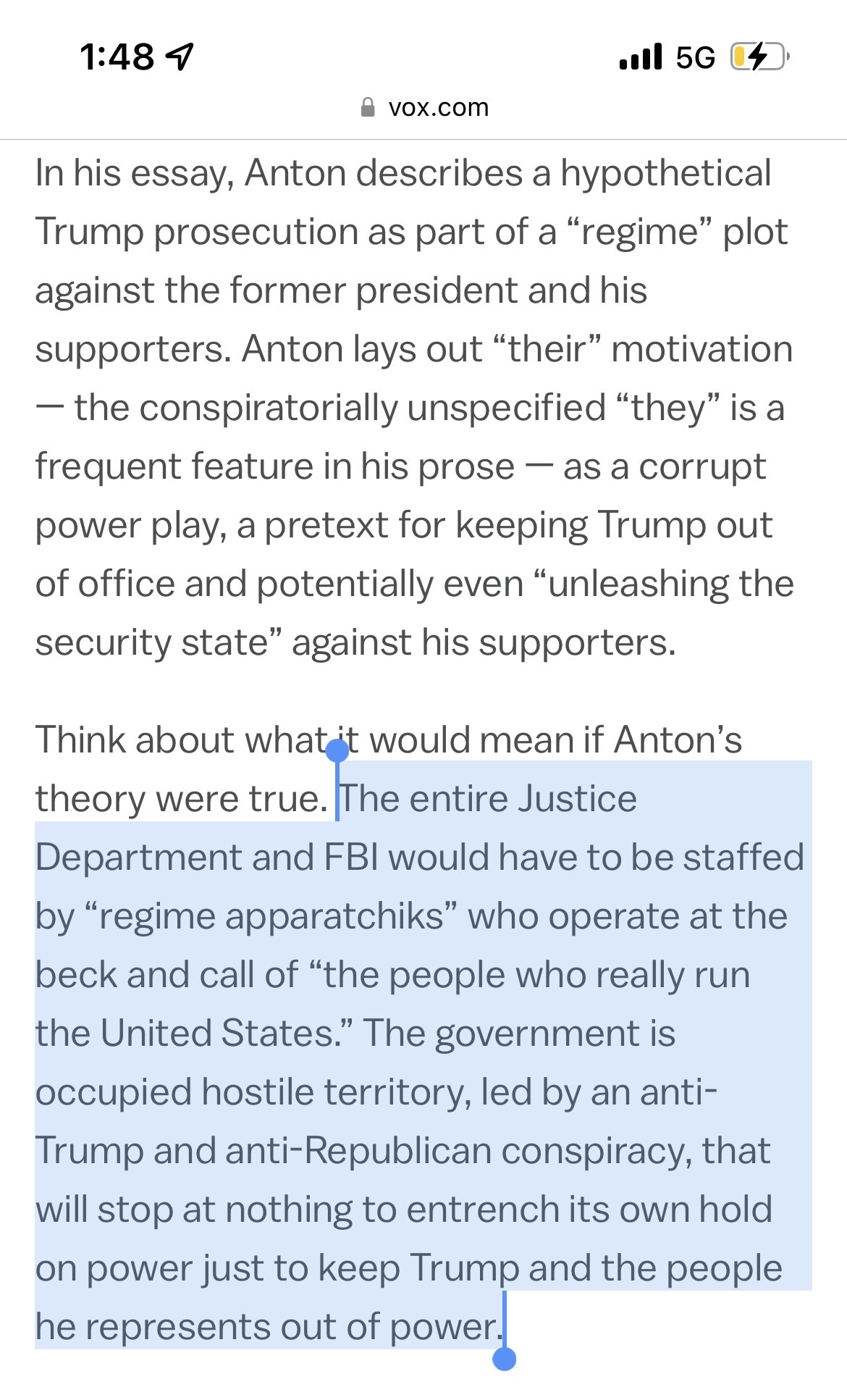 a member of a Communist party
2: a blindly devoted official, follower, or member of an organization (such as a corporation or political party)

So the [DS] from the beginning of the Biden administration have been pushing the narrative that Trump supporters are domestic terrorist, extremist.
They know that they cannot cheat and win in the midterms, they have now seen what is happening in other places where they are trying to cheat but it is not working, the people are overwhelming their system and overriding it.
So if they can’t cheat will they try to delay the midterms? They delay elections in other parts of the country by not calling it ,waiting for ballots but his time this will not work, they will need something bigger
Think about the raid, do they have something on Trump, NO, they know this, then why do all of this, they are preparing the narrative for the midterms. They will continue down this path, there might be another raid, there might be DOJ indictment brought against Trump.
Will they go so far as to arresting Trump, maybe, maybe not. There aim is to use information to get the Trump supporters angry, DO NOT FALL FOR IT, IT IS A TRAP, WE DO NOT BURN AND LOOT AND HURT PEOPLE, THAT IS Ridiculous
This is all part of their narrative, look what they did to Flynn, look at the Whitmere kidnapping, J6 and those they arrested. This the [DS], they do not follow the rule of law. This narrative is provoke the trump supporters enough to use this for their riots to delay the midterms.
What if antifa and those criminals they release from prison, illegals that have criminal records are used for this purpose, they dress up like trump supporters and they riot in the streets, burn loot and hurt people.
Biden then offers the NG to control the situation and the Gov accept, Now the NG are in position, are they going to stop this, NO, they want this televised, they want the people to see the insurrection of Trump supporters

Image Name: Spy.png
Filename: 1509515281385.png
>>147441102
>What must be completed to engage MI over other (3) letter agencies
During the 1950s and 60s, federal troops and federalized National
Guard forces, accompanied by military intelligence personnel, were
deployed to help integrate Southern schools23 and to help deal with
civil disorders in Detroit in 1967 and other cities the following year
after the assassination of Dr. Martin Luther King Jr.24 Throughout
this period military intelligence units also continued to collect data on
Americans at home who were suspected of involvement in subversive
activities.25 In the late 1960s, the Pentagon compiled personal
information on more than 100,000 politically active Americans in an
effort to quell civil rights and anti-Vietnam War demonstrations and
to discredit protestors.26 The Army used 1,500 plainclothes agents to
watch demonstrations, infiltrate organizations, and spread
disinformation. 2
‘ According to one report, the Army had at least one
observer at every demonstration of more than twenty people.28
The Army’s activities were summed up by Senator Sam Ervin:
Allegedly for the purpose of predicting and preventing
civil disturbances which might develop beyond the control of
state and local officials, Army agents were sent throughout
the country to keep surveillance over the way the civilian
population expressed their sentiments about government
policies. In churches, on campuses, in classrooms, in public
meetings, they took notes, tape-recorded, and photographed
people who dissented in thought, word, or deed. This included clergymen, editors, public officials, and anyone who
sympathized with the dissenters.https://digitalcommons.law.lsu.edu/cgi/viewcontent.cgi?article=6053&context=lalrev>Hahahaha, Trump has had MI infiltrate Antifa and all the dissenting local govts.Always 5 steps ahead!Please be true.
>>147450119
Well done. Picture being painted.

Military Intelligence ref above is the absolute biggest inside drop this board will ever receive.
Now think about why Antifa plays right into the plan? Always ahead. Good guys are winning

Why is the NG called up across 12 cities?
Trust in your President.
God bless, Patriots. 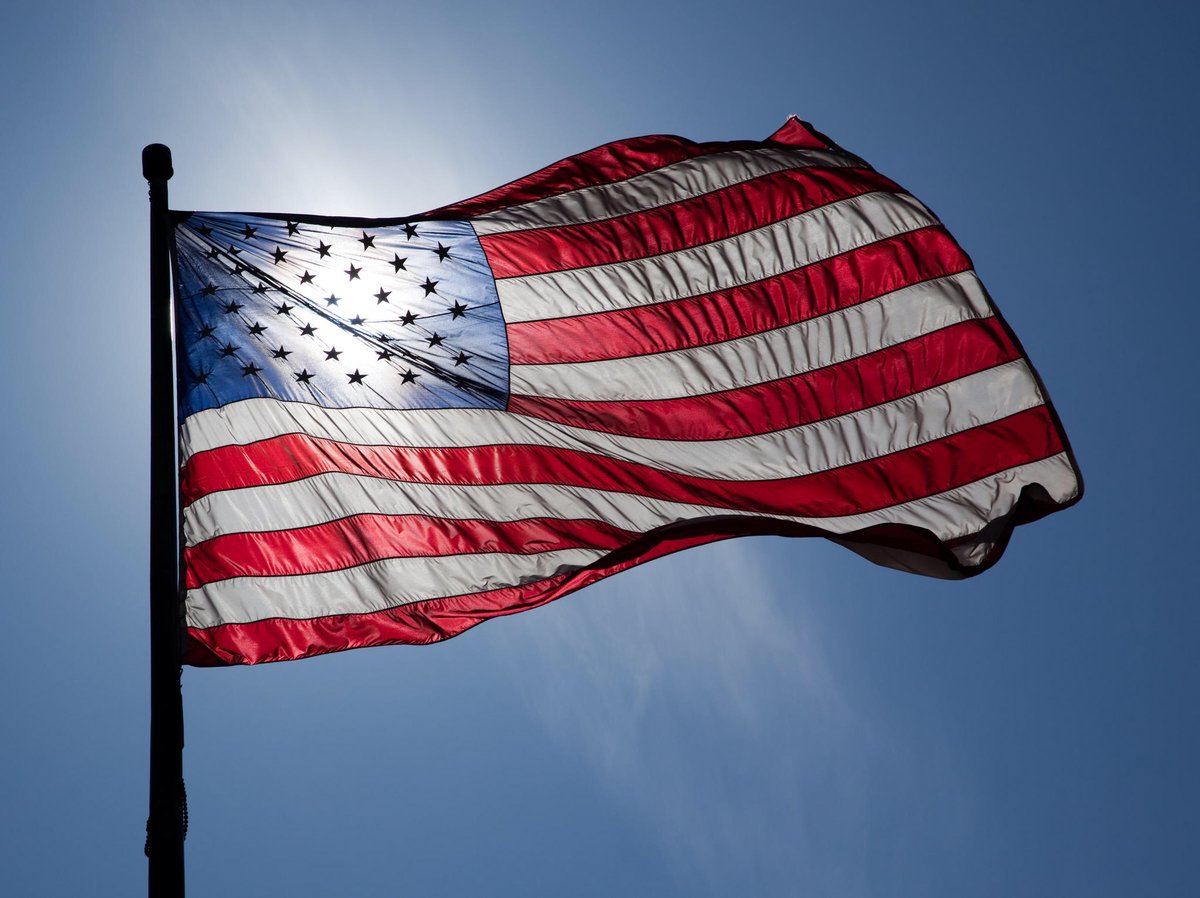 Patriots-
We are under [extreme] heavy attack by [3] intel agencies [Foreign & Domestic].
We are in comm/coordination w/ necessary division(s).
STAY STRONG.
STAY TOGETHER.
Q

5 thoughts on “FBI Raid Is Not What You Think,[DS] Knows They Lost,Narrative Change,Playbook Known – Ep. 2847”