The patriots have now completed phase I of the economic trade deal with China, the deal is the first step into completing the rest. All of this is necessary for the transition, the economic landscape is changing. The [CB] has sent out the message that in order to reset the system you must have gold, gold will destroy the Fed. The [DS] is now regrouping trying to figure how to proceed forward. The WB story is now falling apart, AS is making excuses and backtracking on why the WB doesn’t need to testify. Omar is spotted at outside of Trump’s rally in Minnesota, she was involved in the riots. HB steps down from the board of directors. Mifsud goes into hiding. The [DS] and neocons are panicking over Syria, Trump is bringing home the troops, the only way forward now is to expose the corruption and crimes and show the American people the truth.

Central Bank Issues Stunning Warning: “If The Entire System Collapses, Gold Will Be Needed To Start Over“ 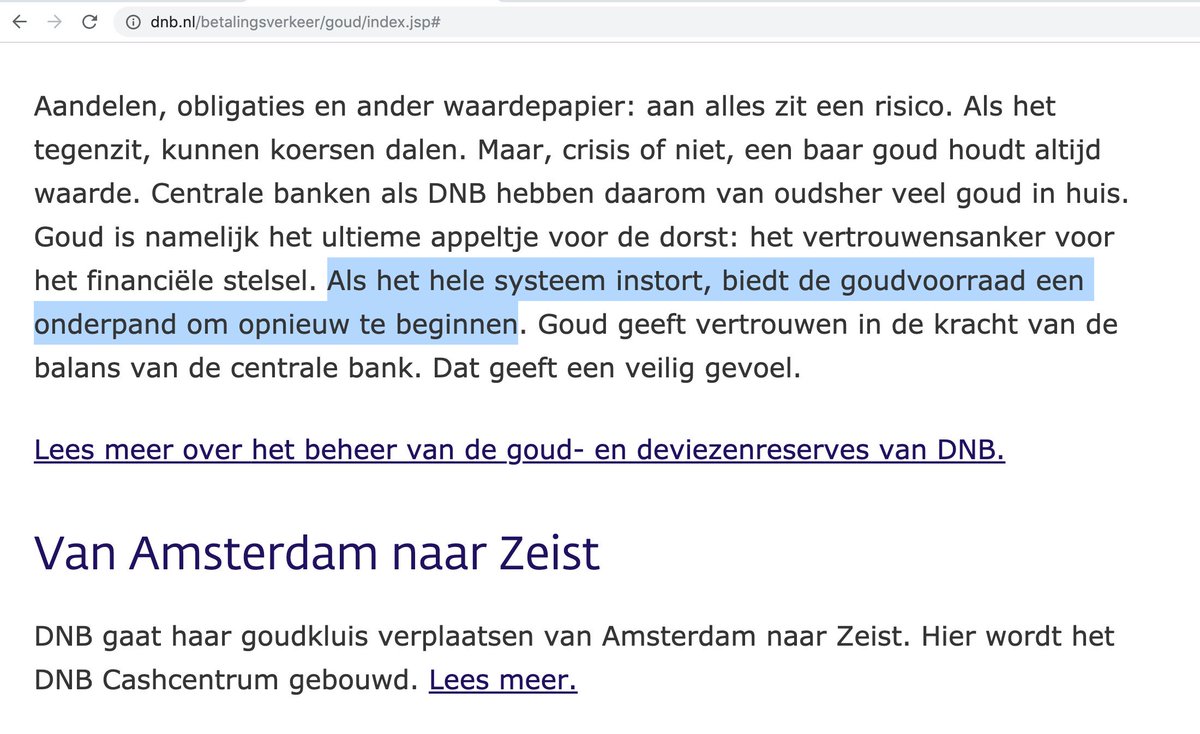 We have become a far greater Economic Power than ever before, and we are using that power for WORLD PEACE!

The [DS] cannot push the WB angle anymore, remember the phone transcripts were released and the people are not buying it anymore, they are now backing off, the fake impeachment is failing, fear is now exposing the [DS] players and the neocons, this is all part of the plan, timing is everything. In the end there will be no place to hide, the swamp is being drained, those in power are now panicking, the power they had over the people is now slipping, what do they fear the most ,  a people that are fully awake, we will be talking about this a little later in this report. But first, Trump was holding a rally in Minneapolis, and it seems that Rep Omar and her boyfriend were part of the riots in Minnesota

UPDATE: Were Ilhan Omar and Lover Tim Mynett at Trump Riots in Minnesota? … We Posted Our Clear and Compelling AI Technology Results Here

Glad to be back home, having survived these snakes in Morocco I am ready to survive these right wing lurking snakes 💪🏽#saturdaymood pic.twitter.com/dfz03topv4

Ilhan Omar hiding her face from the camera at the rally. Video overlay of Omar and Mynette

Wow! Great job whoever did this! pic.twitter.com/REv1kczefu

The Biden corruption is now in the public arena, there will be no escaping this, RG is pushing evidence out in waves, Lindsey Graham is ready to have RG testify in front of the Senate, and Trump is continually reinforcing the Biden corruption,

Where’s Hunter? He has totally disappeared! Now looks like he has raided and scammed even more countries! Media is AWOL.

Hunter Biden is stepping down from the board of a Chinese-backed private equity company and promising to forego all foreign work if his father, former U.S. Vice President Joe Biden, is elected president in 2020.

According to a statement released on his behalf by his lawyer George Mesires, Biden said he’ll resign at the end of the month from the management company of a private equity fund that’s backed by Chinese state-owned entities. He also pledged that he wouldn’t work for any foreign-owned companies or serve on their boards during a potential Biden administration.

We need remember they are investigating Hunter and Joe Biden, Hunter stepping down in meaningless, he already committed the crime, Joe Biden used quid pro quo to stop the investigation into his son.

AS does not want the WB to testify in front of congress, he is making a boat load of excuses, he knows the entire push is falling apart, and now the WB who is associated with Joe Biden, who flew with JB , who was Obama’s directory of Ukraine at the NSC, who is a CIA agent, is now connected to the fake steele dossier

More on the Now Infamous Eric Ciaramello: He’s Connected to the Fake Steele Dossier and the Transfer of Funds from the IMF to the Ukraine

If it turns out Eric Ciaramella is Schiff’s informant, people ought to know that Billionaire Clinton donor Victor Pinchuk sent 🇺🇦 MP Bielkova to meet with him same day she met with David Kramer and kicked Steele Dossier operation into high gear. ie “Whistleblower” = Dossier 2.0 pic.twitter.com/TuoTGjzv3K 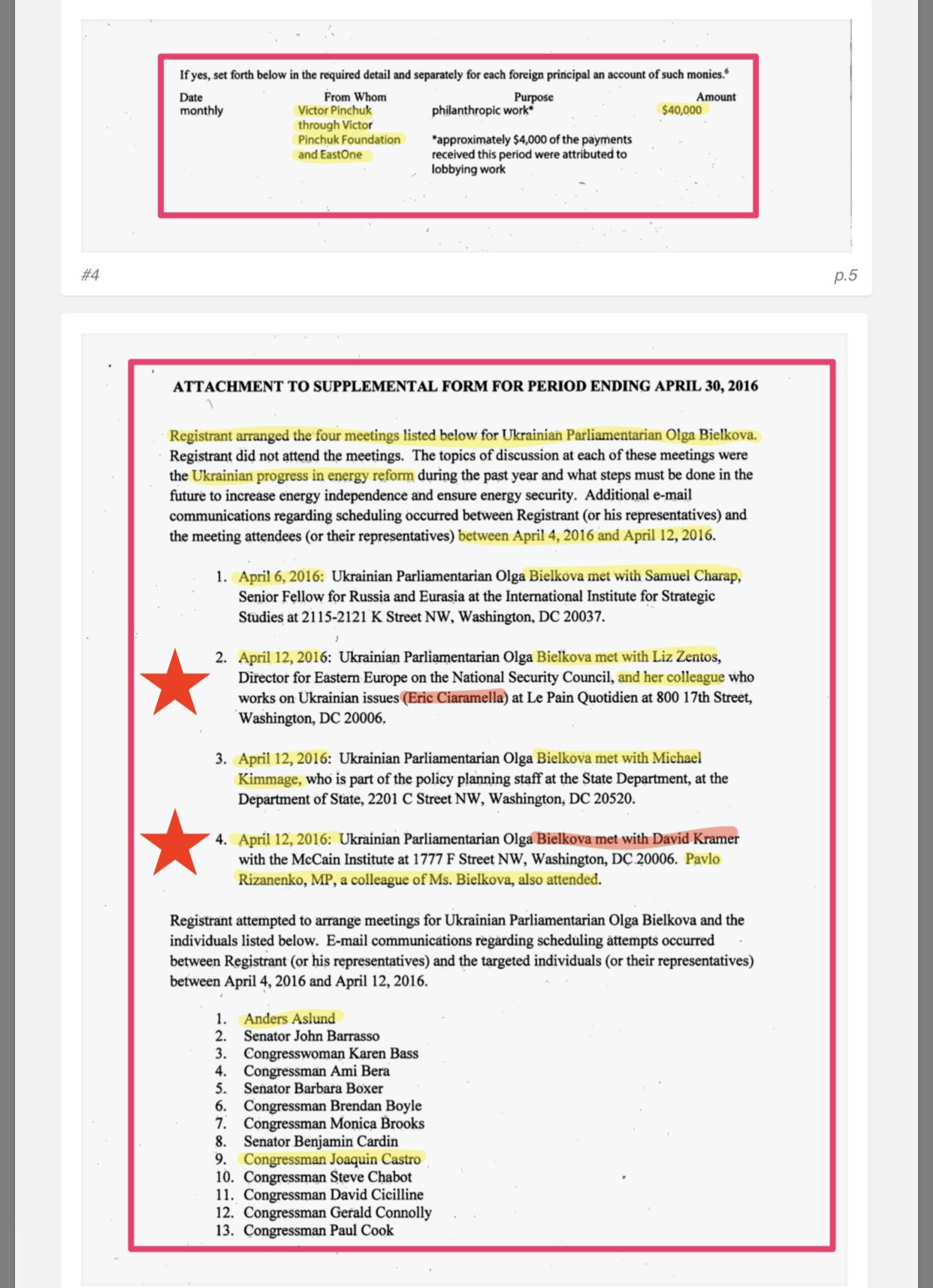 Just did a search on DOS Foia for Eric Ciaramella. Here’s what I found. I’ll break up a few items to provide clearer images. No. 1, Part 1: 6/3/16 email regarding Ukraine Loan Guarantee: pic.twitter.com/aW9UkR5I6M

As the patriots close in on the [DS] players, and some of them flip, the [DS] will try to remove those who are turning on them,

We know that Bill Barr and John Durham have been listening to taped deposition of Mifsud, in which he explained why “some persons” could do him harm.A source from the Italian Ministry of Justice,  reportedly confirmed that Barr and Durham listened to the tape and there was supposedly an exchange of information between the US attorneys and Italian intelligence.

Now down at the border Trump is now make changes,

Kevin McAleenan has done an outstanding job as Acting Secretary of Homeland Security. We have worked well together with Border Crossings being way down. Kevin now, after many years in Government, wants to spend more time with his family and go to the private sector….

The DS players that have been pushing their agenda around the globe is now falling apart, the timing is very important, I do believe that this was timed perfectly, as Trump points the finger at the Biden corruption, Trump announces the withdrawal of US troops in Syria, and now we have the following

The DS push in Ukraine has been countered, Zelensky is reversing everything The DS pushed, In Syria the MSM is pushing the idea that the IS prisoners are escaping, that this is the worst thing that could possibly happen, war will break out, the situation will get worse, we need to remember something very important

Just Look at the panic

these reports of thousands of IS prisoners escaping are to do one thing and one thing only it is to put pressure on Trump to keep the troops in the country, this is fake news.

The same people that got us into the Middle East Quicksand, 8 Trillion Dollars and many thousands of lives (and millions of lives when you count the other side), are now fighting to keep us there. Don’t listen to people that haven’t got a clue. They have proven to be inept!

Do you remember two years ago when Iraq was going to fight the Kurds in a different part of Syria. Many people wanted us to fight with the Kurds against Iraq, who we just fought for. I said no, and the Kurds left the fight, twice. Now the same thing is happening with Turkey……

…..The Kurds and Turkey have been fighting for many years. Turkey considers the PKK the worst terrorists of all. Others may want to come in and fight for one side or the other. Let them! We are monitoring the situation closely. Endless Wars!

Very smart not to be involved in the intense fighting along the Turkish Border, for a change. Those that mistakenly got us into the Middle East Wars are still pushing to fight. They have no idea what a bad decision they have made. Why are they not asking for a Declaration of War?

The Endless Wars Must End!

How bad is the corruption?
FBI (past/present)
#1
#1
#2
+29 (16)
DOJ (past/present)
#1
#1
#2
+18
STATE (past/present)
#1
#1
+41
Removal is the least of their problems.
Projection.
Russia>D/HRC
Twitter Bots>GOOG operated (not Russia)/Narrative & Political SLANT
BIDEN / CHINA.
BIG DEVELOPMENT.
TRAITORS EVERYWHERE.
AMERICA FOR SALE.
FLYNN.
Targeted.
Why?
Who knows where the bodies are buried?
CLEARED OF ALL CHARGES.
TRUMP ADMIN v2?
Election theft.
Last hope.
Congressional focus.
Impeach.
They think you are STUPID.
They think you will follow the STARS.
They openly call you SHEEP/CATTLE.
THERE WILL COME A TIME NONE OF THEM WILL BE ABLE TO WALK DOWN THE STREET.
BIGGEST FEAR.
PUBLIC AWAKENING.
Q

Be aware of your surrounding, stay alert, the DS will move to have FF to change the news cycle

One thought on “Fear Is Flushing The [DS] Out, The Only Way Forward, Expose, Transparency & Truth – Episode 1994”