Skip to content
Reports
June 24, 2021 x22report
SPREAD THE WORD
The economy is now starting to fall apart under [JB] rule. This exposes the [CB] because they do not have a cover story to cover up their system when it implodes. The [CB] just told the world their plan, they want everyone to use their digital currency, crypto is no good, see. Now people know. The [DS] is now panicking, they know the world is about to learn the truth and they need to stop this from coming out. They will cross the red line and push a [FF]. Gen Flynn confirmed this, saying the will need to do something before the election information is released. The patriots already know this and this is why countermeasures are in place. See something say something. Something big is about to drop and the [DS], fake news, big tech will try to stop it. Ep 2510b – [FF] Alert, See Something, Say Something, Red Line Will Be Crossed With The Fed ‘talking about, talking about’ tapering and raising rates (at some point in the future), mortgage rates are already starting to rise…

America’s public schools are the nurseries of democracy. Our representative democracy only works if we protect the “marketplace of ideas.” This free exchange facilitates an informed public opinion, which, when transmitted to lawmakers, helps produce laws that reflect the People’s will. That protection must include the protection of unpopular ideas, for popular ideas have less need for protection. Thus, schools have a strong interest in ensuring that future generations understand the workings in practice of the well-known aphorism, “I disapprove of what you say, but I will defend to the death your right to say it.” 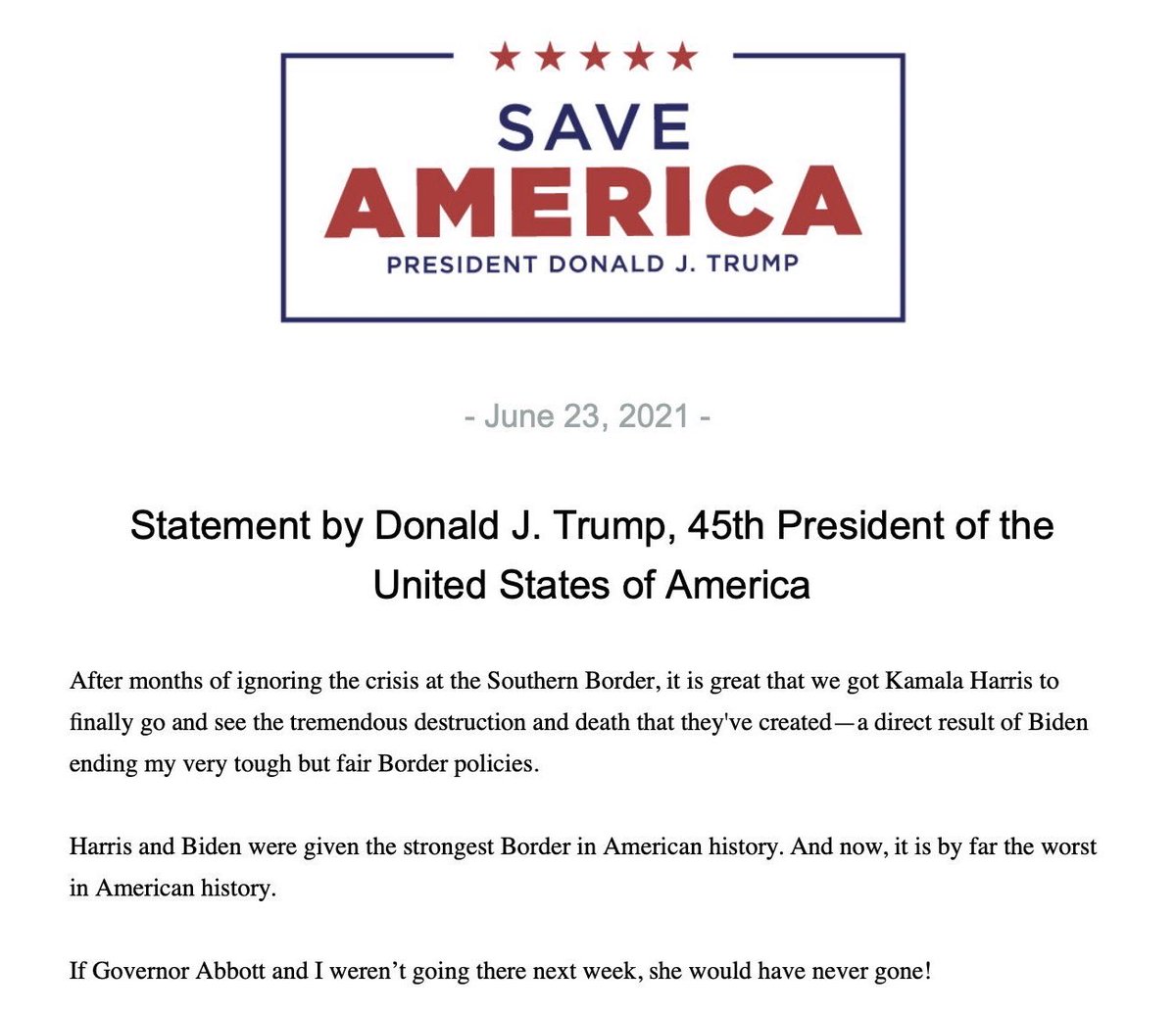 Can you believe that New York wants to strip Rudy Giuliani, a great American Patriot, of his law license because he has been fighting what has already been proven to be a Fraudulent Election? The greatest Mayor in the history of New York City, the Eliot Ness of his generation, one of the greatest crime fighters our Country has ever known, and this is what the Radical Left does to him. All of New York is out of control, crime is at an all-time high—it’s nothing but a Witch Hunt, and they should be ashamed of themselves. TAKE BACK AMERICA!

The food is good. All is well.

Know that if I hang myself, a la Epstein, it will be no fault of mine.

Getting subtle messages from U.S. officials saying, in effect: “We’re coming for you McAfee! We’re going to kill yourself”. I got a tattoo today just in case. If I suicide myself, I didn’t. I was whackd. Check my right arm.$WHACKD available only on https://t.co/HdSEYi9krq🙂 pic.twitter.com/rJ0Vi2Hpjj 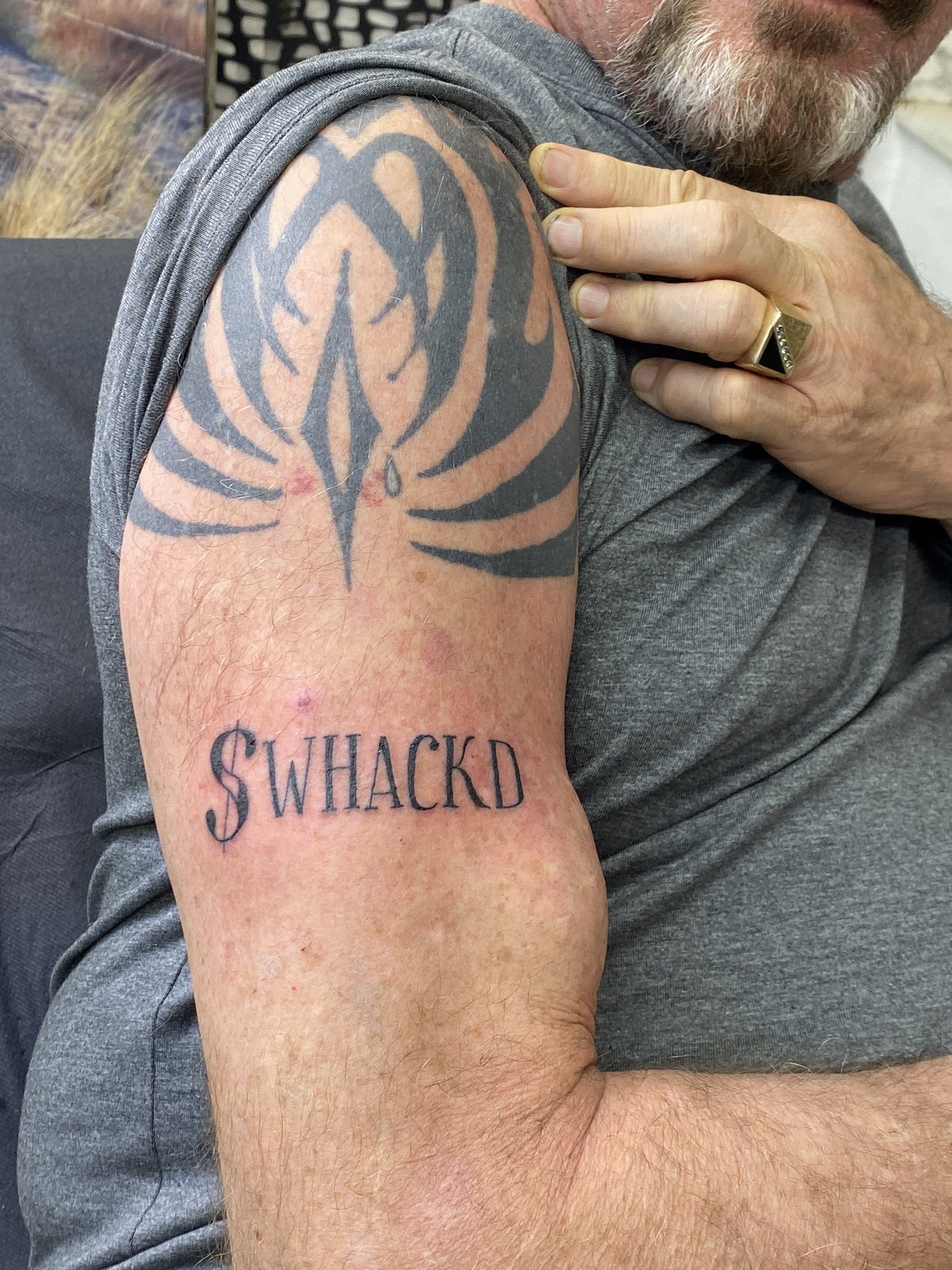 Dude, what are you smoking? The instant I disappear the information is released. Those named would be crazy to kill me or collect me. They are simply praying I live forever. If it’s released, revenge takes over and I’m dead. Where is your brain today? 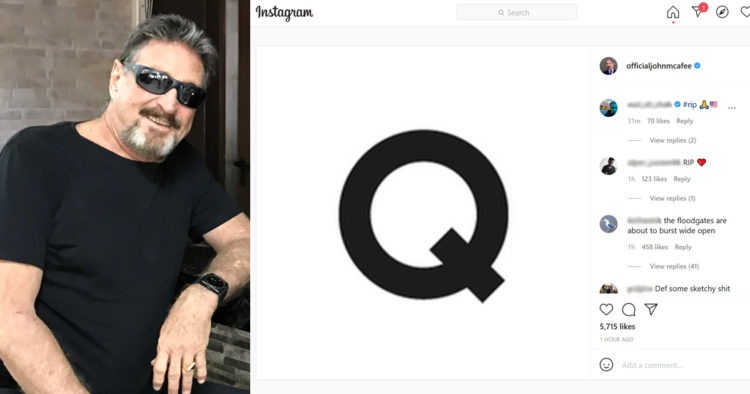 He was in jail.

He has a dead man switch.

His dead man switch has not (yet) activated.

We will know soon if he is really dead, or managed to escape from prison under the guise of a “suicide” [i.e. Epstein].

Loudon County Virginia School Board Meeting Erupts in Chaos, Parents Confront Board and Board Shuts Down Discussion

WAIT, WHAT? Psaki Suggests that Republicans -NOT DEMS- Want to ‘Defund the Police’

Is ‘defund the police’ political poison for Democrats? After several Fulton County, Ga., poll monitors testified last year that boxes of mail-in ballots for Joe Biden looked liked they’d been run through a photocopy machine, state investigators quietly broke the seal on one suspicious box and inspected the hundreds of votes it contained for signs of fraud, RealClearInvestigations has learned exclusively.

At the same time, a key whistleblower told RCI that state investigators pressured her to recant her story about what she and other poll monitors had observed — what they called unusually “pristine” mail-in ballots while sorting through them during last November’s hand recount.

State officials also neglected to inform the judge hearing the lawsuit that they were conducting such an inspection, even though the judge had issued a protective order over the ballots in January. In a nine-page amicus brief recently filed in the case, attorneys for the office of Secretary of State Brad Raffensperger urged Superior Court Judge Brian Amero to deny petitioners’ requests to inspect the ballots, calling them a “fishing expedition.”

Michigan State Senators Mike Shirkey and Ed McBroom are doing everything possible to stop Voter Audits in order to hide the truth about November 3rd. The Senate “investigation” of the election is a cover up, and a method of getting out of a Forensic Audit for the examination of the Presidential contest.

Corrupt (?) politicians falsely claim there was no Voter Fraud in Michigan (has anyone looked at what is considered the most corrupt election city in the U.S., DETROIT?), however, they admit to “problems with the numbers” that rigged 7,048 votes to illegally give a very conservative county to Joe Biden, which raised big signals, only to then find that it was actually President Trump that won the county by 3,788 votes, not Biden.

The report mentions that Detroit engaged in “illegal actions” by blocking our poll workers, and concludes mailing of unsolicited ballot applications “demonstrates a clear vulnerability for fraud”, and then goes on to say that no one should question this election?

Instead of doing a Forensic Audit, they want to investigate the Patriots who have fought for the truth and who are exposing a very possibly Rigged Election. The truth will come out and RINO’s will pay at the polls, especially with primary voters and expected challenges. Our Country was based on Free and Fair Elections, and that’s what we must have!

Call those two Senators now and get them to do the right thing, or vote them the hell out of office!

Lt. Gen. Michael Flynn: ‘I am not convinced that we’re going to have a free and fair election in 2022 unless we get 2020 squared away’

Trump’s recent statements:
– Return the diamonds
– We will take back the White House sooner than you think.
– I did not concede.
– 2024 or before.
– Happy Fathers day to the losers.

It’s almost like Trump is trying to tell us something. 😉 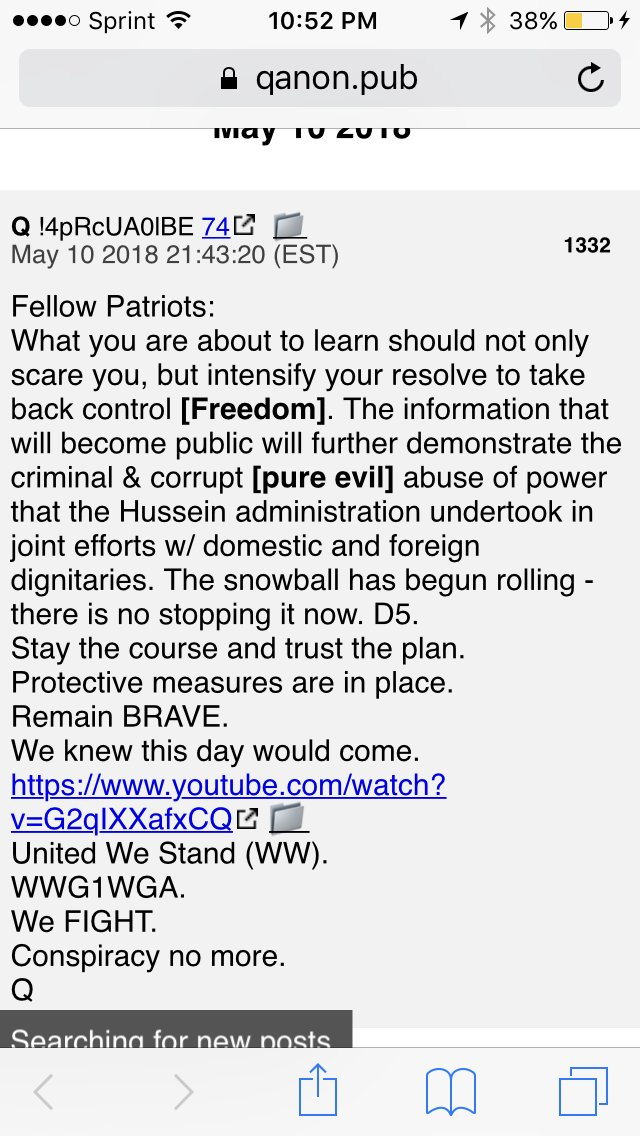