[JB] is trying to explain why private businesses can’t find workers, he doesn’t want to admit that by paying people to stay home will stop people from working. Private business does not have a printing press like the government so they cannot just pay them more. People are seeing the problem, it is the [CB] fiat system. 83% of the people are nervous about inflation. El Salvador takes the next step. The [DS] is getting ready to make their move, they are putting the pieces in place for a [FF]. If they cannot stop the voter laws from being changed in GA, they will move to an event. Why are the panicking, fraud vitiates everything. August is approaching and the heat is building, Scavino points to the red line, will it be crossed, wait for the signal, the patriots are luring the [DS] players in. Ep 2511b – Fraud Vitiates Everything, Panic, Wait For The Signal, The Heat Is Building Ep 2511a – The People Know The Main Problem, The People Are Being Prepped

Each citizen will be given $30 in #Bitcoin.

Here’s a first look at the country’s #Bitcoin wallet design.

“Chivo” means “go” in Spanish and is slang for “cool” in El Salvador pic.twitter.com/znjmILYzOA

The country is launching the wallet and bitcoin bonus for two reasons:

“First, to promote the use of bitcoin in the economy,” Bukele said. “Second, so that people have an incentive to use the application…”@namcios covered the story in more detail:https://t.co/jPc4JrTshR

Even Biden and Harris can’t kill this country in 4 years. Are you not paying attention? 2/3rds of the country is directly telling DC to get lost. Hysterical pronouncements that America will be a wasteland in 3 more years under Democrat control is nonsense. This is a GREAT country. Even these two idiots can destroy it in 4 years.

VP Harris has arrived. Not the welcome I think she was expecting. “Que-Mala! we don’t want you here!” were some of the chants by this Hispanic/Latino organized group. pic.twitter.com/ZbG8UFozj7

After a failed attempt by the  Biden administration   to intimidate the Arizona State Senate into stopping their Maricopa County election audit, they now turn their attention to Georgia to block state voter laws.

States set their own voting laws.  So why are they making this move now, we will talk about that in just a sec 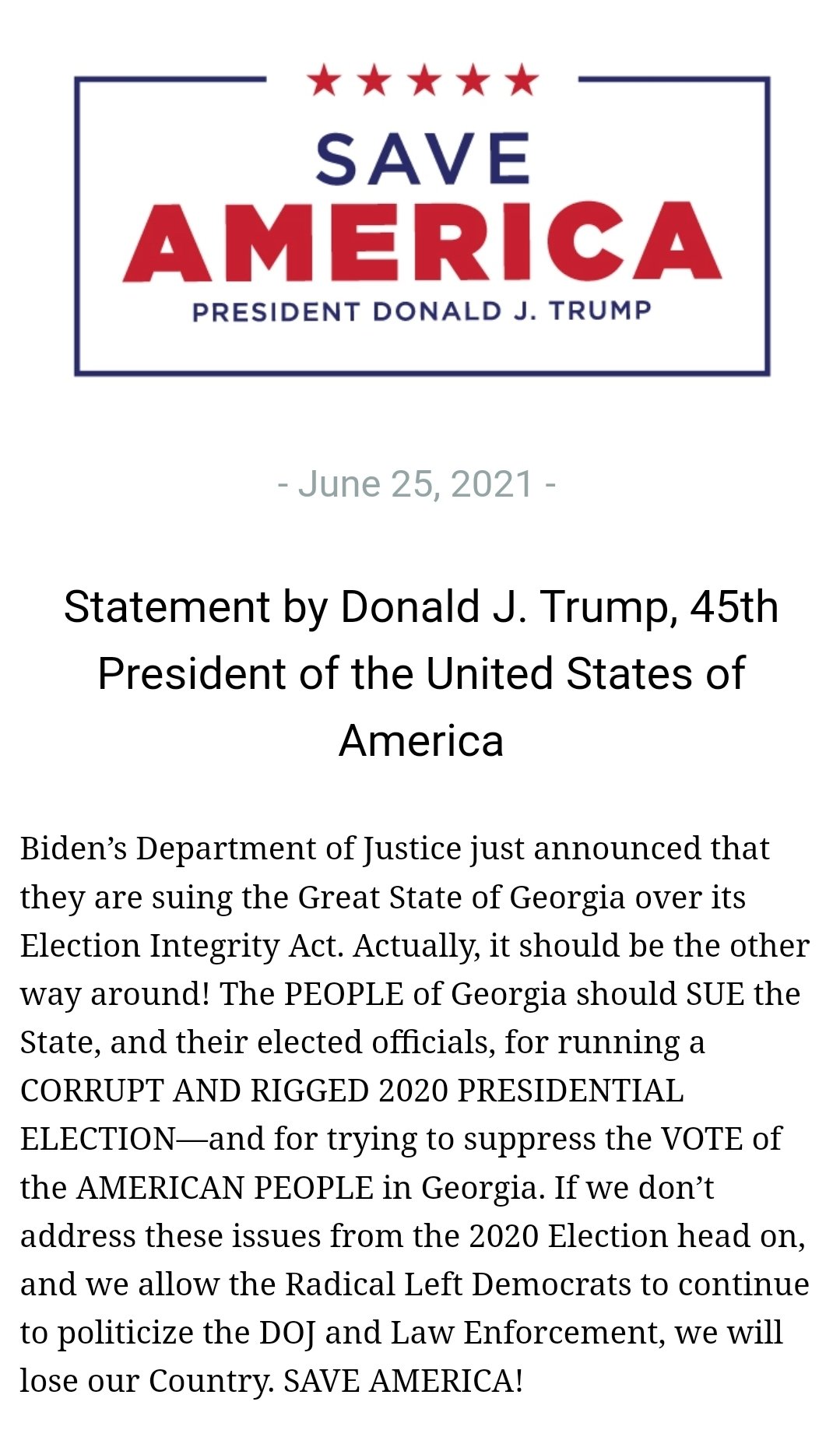 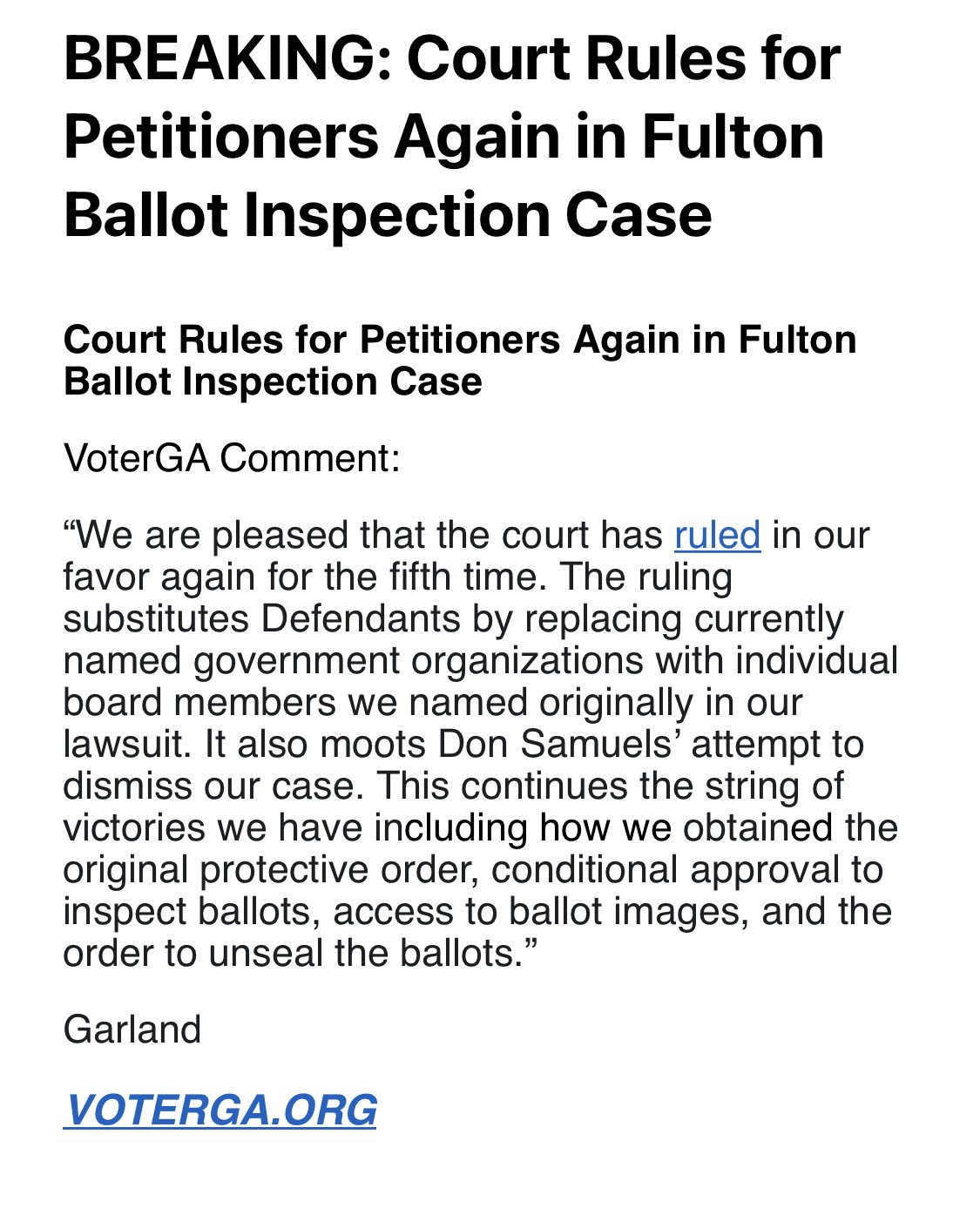 Georgia is very important to the corrupt agents within federal institutions.  The leftist activists have worked methodically to use Georgia as a key battleground in their efforts to continue manipulating election outcomes.

The DOJ is worried, very worried, that as people wake up to the scale of election fraud perpetrated upon this nation more states will begin enacting laws that will block voter fraud.

Voter ID is not proving who you are; voter ID is proving you are lawfully eligible to vote. There is a big difference.

So whats the real agenda

Georgia also cuts the central states (led by Texas) off from the east (led by Florida).

If Georgia falls SC will follow; the GOP here has no spine. Similar for NC,

They’re going for the heart  and destroying a connected federation of southern states in the process.

Is this going to work, no,they are trying to stop it , why

Pay attention to this next part:

What have we seen,  Big Tech and Corporate Media have been instructed to push the “domestic extremist” narrative; and any truth-tellers are considered subversive, ie. against the interests of the U.S. government.  The January 6th DC protest is being used as evidence for that narrative.

Something is about to happen.  Approximately 100 million American voters are considered dissidents now.

Statement of Attorney General Merrick B. Garland on the Investigation into the January 6th Attack on the Capitol

U.S. Attorney General Merrick B. Garland’s statement on the investigation into the January 6th Attack on the Capitol:

“The Department of Justice reached several benchmarks in our investigation into the January 6th attack on the U.S. Capitol.

“I could not be more proud of the extraordinary effort by investigators and prosecutors to hold accountable those who engaged in criminal acts that day. Particular credit goes to those serving as prosecutors and agents in Washington, D.C., as well as those in FBI field offices and U.S. Attorney’s Offices across the country, and with the Department’s National Security Division.

“Our efforts to bring criminal charges are not possible without the continued assistance of the American public. To date, we have received their more than 200,000 digital tips.

“I assure the American people that the Department of Justice will continue to follow the facts in this case and charge what the evidence supports to hold all January 6th perpetrators accountable.”

The FBI continues to request the public’s assistance in identifying individuals sought in connection to the January 6th attack, and I encourage all of our citizens to visit  https://www.fbi.gov/wanted/capitol-violence to view images and video of the crimes committed that day. Anyone with information to share can call 1-800-CALL-FBI (800-225-5324) or visit tips.fbi.gov.

The charges contained in any criminal complaint or indictment are merely allegations. A defendant is presumed innocent unless and until proven guilty beyond a reasonable doubt in a court of law.

So let me get this straight. Within 24 hours of Mike Lindell, Sidney Powell and Rudy Giuliani appearance in court to address Dominion Voting Systems law-suits:

Remember when Trump said the following

“…The 25th amendment is of zero risk to me, but will come back to haunt Joe Biden and the Biden administration. As the expression goes, be careful what you wish for,” Trump said

The 25th Amendment, proposed by Congress and ratified by the states in the aftermath of the assassination of President John F. Kennedy, provides the procedures for replacing the president or vice president in the event of death, removal, resignation, or incapacitation.

: deprived of capacity or natural power : made incapable of or unfit for normal functioning 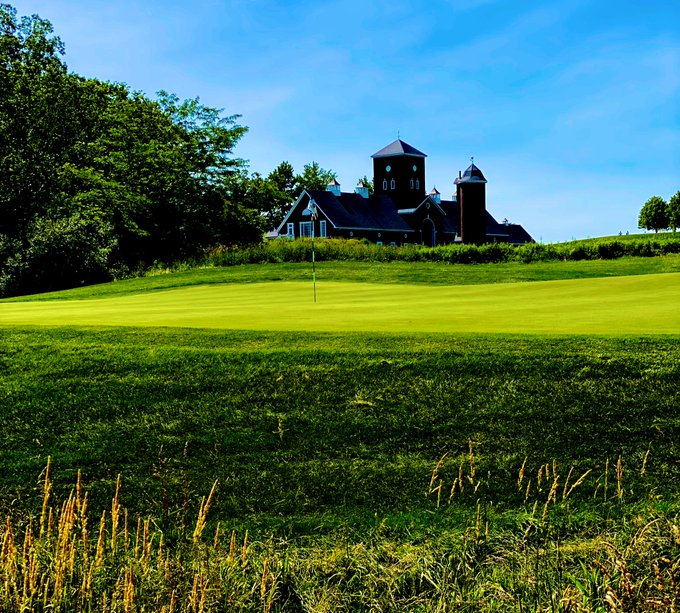 12 thoughts on “Fraud Vitiates Everything, Panic, Wait For The Signal, The Heat Is Building – Ep. 2511”