The [DS]/[CB] are trying to stop BJ, and they are using the same tactics they used on Trump, HRC and CS are now alleging that BJ is a Russian stooge. They will do anything to stop the BREXIT. The economic storm is upon us. Trump and the patriots are now positioning the economy in such a way that it will bring the storm down upon the when the time is right. The [DS] is now struggling the FISA hearing did exactly what it needed to. It outlined the [DS] players, it let everyone know each of their roles, how they went about manipulating and falsifying records. This was needed for the next phase. We now find out why it is so hard to get docs from the FBI, misspellings. FISA is the start, it will lead the declas which will allow to put the “WHY” the FBI did what they did,  the criminal case will show the crime.

Trump (his words) can now impose whatever tariffs he likes, without fear that the WTO might find them to be illegal.

The [DS] struggle through Horowitz testimony, they pushed that the investigation was opened legally, that there was no bias, but the important facts are after it was opened, what did the FBI do next, this was the damaging part 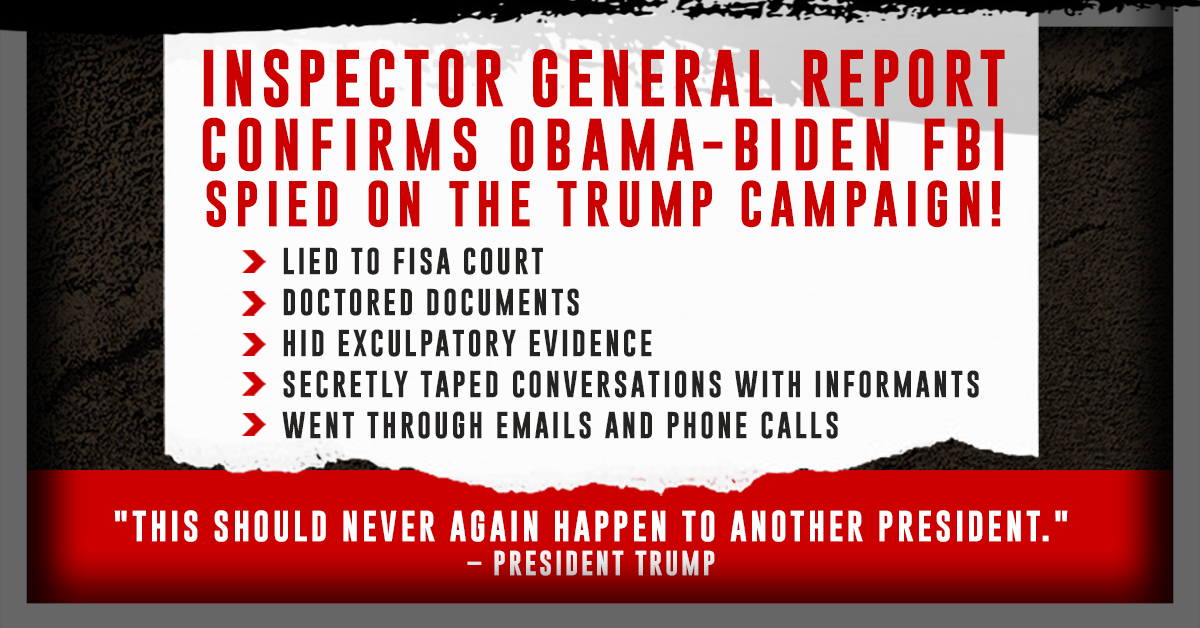 The FISA report and hearing were very important, it was needed because most of the people had no idea that this was going on, at each stage it will wake more and more people up, they will think logically, they will ask questions, and as we enter the declas and criminal investigation phase the people will see how all of this fits together, we will be talking about the hearing  and what comes next, but first remember how the Bloomberg news organization was not going to investigate Bloomberg and only Trump, the FEC is now looking into this.

The complaint asserts that the decision to investigate President Donald Trump and not the opposing Democratic candidates can be considered a contribution – or a thing of value – under the Federal Election Campaign Act (FECA) and should therefore be investigated by the FEC for potential FECA violations. -Media Research Center

The [DS]/MSM is struggling with their narrative, the Russian Collusion failed, the Impeachment does not have the support of the American people, they have no case, there is no crime, the [DS]/MSM are continuing with the Russian story that they are going to interfere  in the elections, and if they do interfere the elections are then rigged and Trump should not be President

How do we know this, the [DS]/Dems have said it many time, Nadler

Nadler implied, unless Trump is impeached and removed from office, we should all expect the 2020 election will be illegitimate too

Today IG Horowitz was giving testimony, what was the purpose of this, why was this needed to move forward

WaPo reporter @shaneharris has been lying to the public this whole time. https://t.co/CIb3gRfBdj

He “wants apologies” from anyone who thinks they tricked the FISA judge.

“Trump is wrong about Carter Page, the dossier and the FISA warrant” pic.twitter.com/JNhiNk7Ln3

“Trump is wrong about Carter Page, the dossier and the FISA warrant” pic.twitter.com/JNhiNk7Ln3

CNN did not broadcast the Horowitz hearing

So the MSM stations cut away when Lindsey Graham made his opening statement, he read the strzok page texts to show how they were biased,

then he laid out the entire story on how they the FBI went ahead a altered emails, omitted evidence to the FISA court to get the warrants, when it was Dianne Feinstein’s turn the network cut back

The fact that CNN and MSNBC refused to show Lindsey Graham opening statement uninterrupted, shows  bias  and it is now limited to the FBI.

IG Horowitz says he 𝗰𝗮𝗻𝗻𝗼𝘁 𝗰𝗼𝗻𝗳𝗶𝗿𝗺 the FBI didn’t act out of any “political bias.”

“On decisions regarding those FISA matters, I do not know their state of mind at this point.” pic.twitter.com/xYOzUJPrJj

Later in the hearing IG Horowitz  testified he cannot rule out political bias in the case of FBI lawyer Kevin Clinesmith doctoring evidence used in FISA application targeting Trump aide Carter Page, but he did confirm that he referred him for possible criminal prosecution

Rex said the following about the Predication

Horowitz  confirmed that the DOJ’s National Security Division was notified about the Trump campaign investigation after it was opened. Guess who was the general counsel for NSD from July 2016 until late 2017? Atkinson

What a coincidence! It’s the same lawyer who secretly changed the whistleblower rules and forms to accommodate the anti-Trump leaker’s impeachment gambit.

Now Comey in the past has said the FISA was done properly, take a listen to what Comey Said

Today we learn that he lied about that

Horowitz also says that he would have never submitted the FISA   renewal applications with the information that FBI used. “I would not have submitted the one they put it. No doubt about it. It had no business going in.”

Take a listen to what Horowitz said about the steel dossier

Now we know that the FBI used a defensive briefing to spy on Trump, Graham was concerned about this and said the following

GRAHAM: The FBI used a defensive counterintelligence briefing to spy on Trump. The FBI even wrote up 302s on the meeting. The Senate is being defensively briefed tomorrow. Is the FBI going to be spying on us and writing up our conversation? HOROWITZ: I’m concerned about that.

Now through out the testimony of Horowitz  he wouldn’t say spying, he said illegal surveillance.

WE need remember something very important the spying began before the FISA, Horowitz is looking at the what, the coverup, Devin Nunes

Think about what comes next, the report is just laying the ground work, educating the people, they don’t have to agree, they might not to believe but people are on the same page, that this should never happen where government employees manipulate and alter documentation to push their agenda forward. Remember Horowitz does not know the motivation, he was there to produce the facts and to make sure he was not taking sides, he needed to show no emotion and he needed to be fact driven, mission accomplished.

The [DS] was struggling through this entire hearing, at one point Sen Blumenthal tries to get Horowitz to say that the FBI didn’t interfere in the 2016 election.

Blumenthal tries to get Horowitz to say that FBI didn’t interfere in 2016 election. Horowitz declines to agree, adding that both this report and the one on Clinton email campaign have information about specific individuals’ behavior …

Remember Optics are very important,  Horowitz looked at the facts, emotion was not a factor

Horowitz says he submitted the entire report to the FBI/AG, what does he mean by this, he saying that there are crimes, many crimes and he is letting Barr make the decision of who to charge or not charge.

Now this is interesting and I do believe this needs to be changed, but I am sure it was this way on purpose to assist the DS

IG Horowitz: “We’re the only IG that can’t review conduct of all the employees in our organization, including attorneys.”

Now a while back Q said that misspelling are important, lets go back to post

Where we go one, we go ALL.
Misspellings matter.
Sentence formation matters.
Learn.
Q

Whoever figured this out… You are amazing.
They avoided freedom of info requests due to misspellings.
Plain site, hidden.
Biden .. Biclen .. Bidan
Clinton .. ciinton .. clunkton
Bush .. boosh .. baush
Obama .. obarna .. oboma
Comey.. corney
It was there in front of us..

The Ukraine call with Obama.. when that ambassadors name was misspelled in the transcripts..
It was always there…
Comet pingpong???
Cornet plngpang??
This piece is a game changer…
Was the clue given to us from the DS. Drumph??
Mocking us..
Smocking us..

don’t forget
Nadler: nacller
Pelosi: Peiosi
and others.
Literally laughing at us with it right there.
Popcom ready
Lit’s cee sorne hayng’ns…. this a HUGE and could result in a lot of litigation and paybacks by corrupted contractors.

Lets talk about what happens next, the Declas, we know that Barr has the authority do declass it all, Julian’s Rum tweets out the following

As a reminder, Congress adjourns for their long Christmas break starting Friday.

That break seems like a good window to DECLAS. pic.twitter.com/XH9QKiJXx9

One thought on “FISA Is The Start, FISA Leads To Declas, Misspellings Matter – Episode 2043”