The economy is now reversing, US homebuilder confidence is up, restaurant owners ready to open. Trump had a roundtable meeting with restaurant owners and other business owners on how to open the country. The MSM/[CB] have failed, the economy is coming back. The D’s are pushing the next stimulus bill, but the stimulus bill has much more in there that has nothing to do with what the people need or want. The [DS]/MSM event has failed. The [DS] weapons are being used against them. We have now learned that Trump has been taking HCQ. Barr came out and said that as of today he has seen nothing to push criminal charges against Obama, keyword, today. Criminal v Military, the more you know. Optics are important.

U.S. homebuilder confidence rises in May

Flynn amicus John Gleeson will file an initial brief by June 10. This will include:

“any additional factual development I may need before finalizing my argument in opposition” to the DOJ Motion to Dismiss.

“Factual development” – he may claim he needs to interview witnesses. pic.twitter.com/ebx8dgkjzl 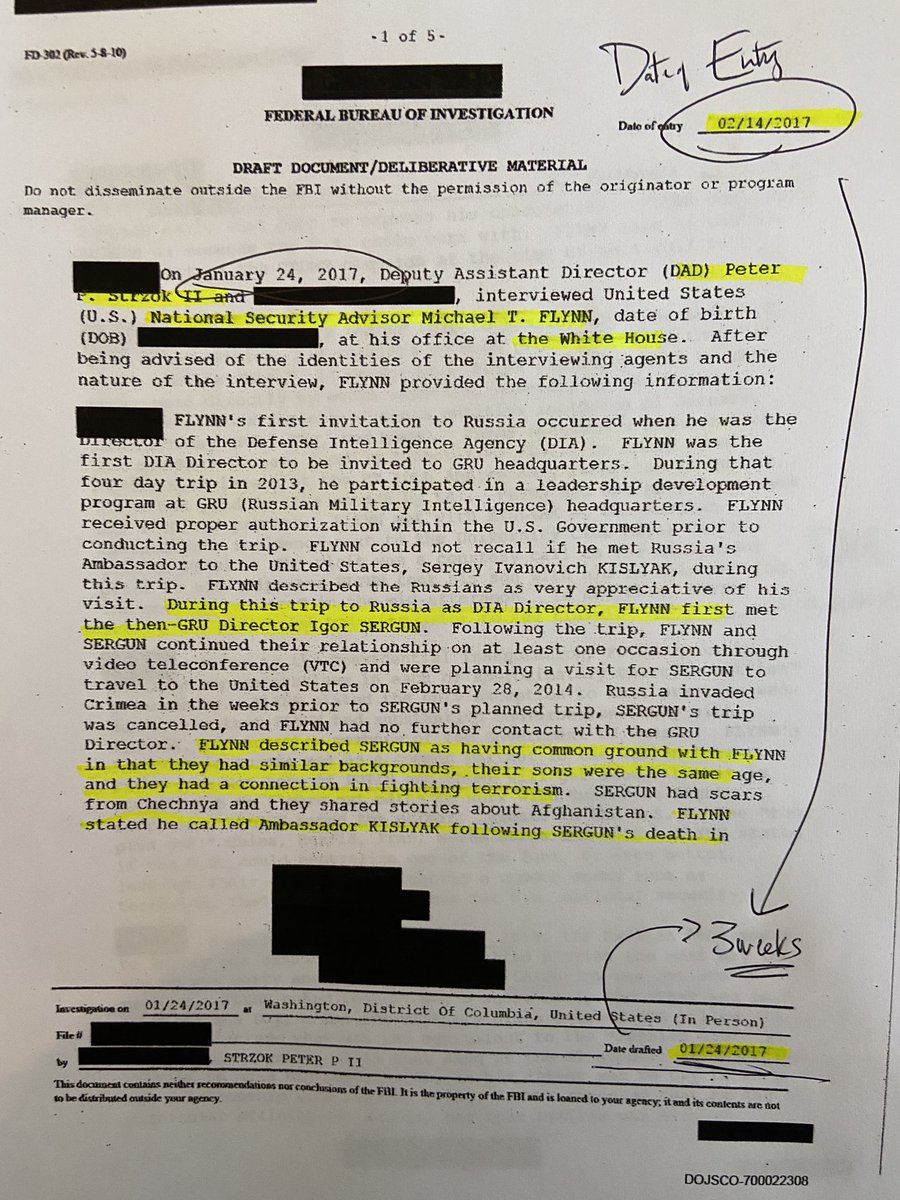 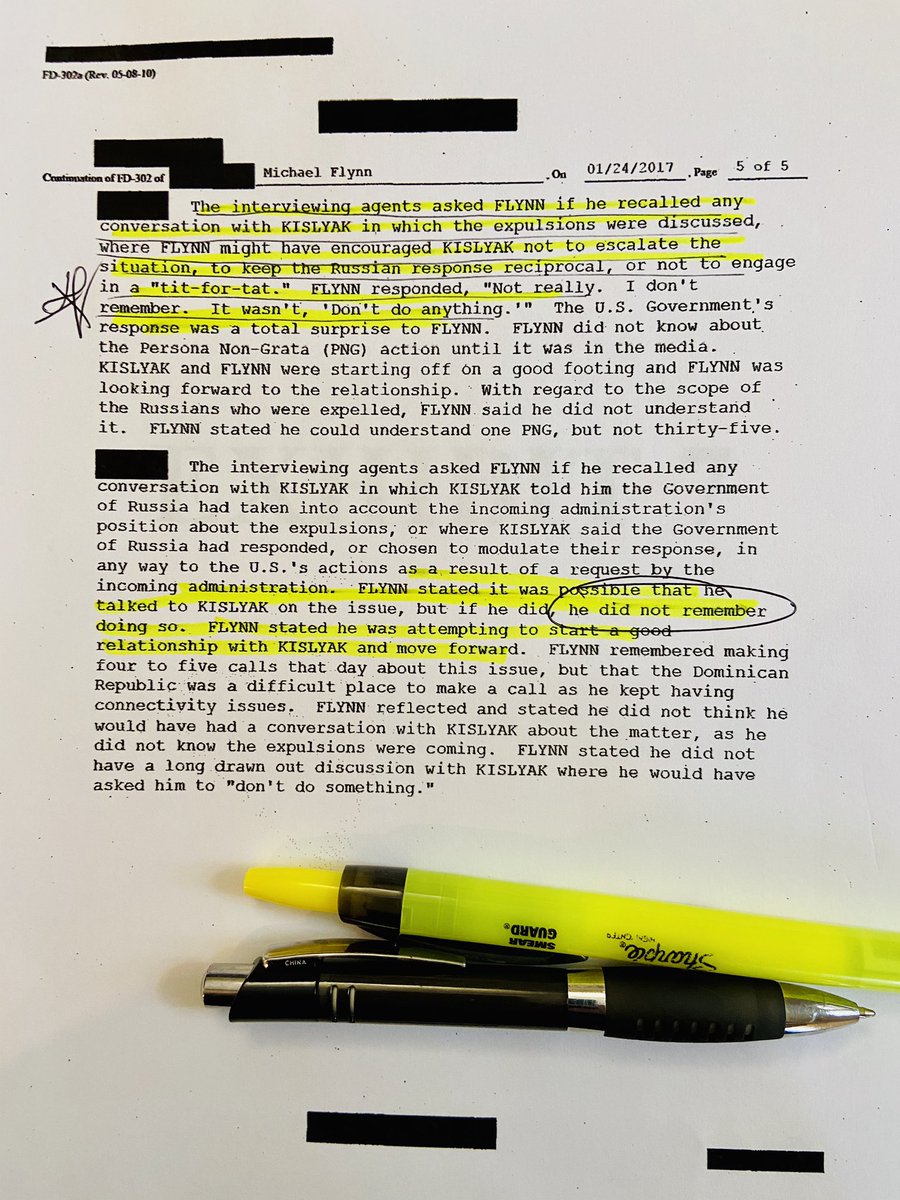 So the so-called HHS Whistleblower was against HYDROXYCHLOROQUINE. Then why did he make, and sign, an emergency use authorization? @NorahODonnell said, “He shared his concerns with a reporter.” In other words, he LEAKED. A dumb @60Minutes hit job on a grandstanding Never Trumper!

Just a reminder that @CNN is a total joke:

“Mask-police CNN reporter @kaitlancollins caught removing hers at presser, as soon as she thought cameras were off”

The beach at the Virginia Beach Oceanfront was closed today. But it was packed.

This photo was taken at 3:42 p.m. this afternoon by Virginian-Pilot photographer Kaitlin McKeown. https://t.co/Ws2EFAF976 pic.twitter.com/x3lLF1wuHT 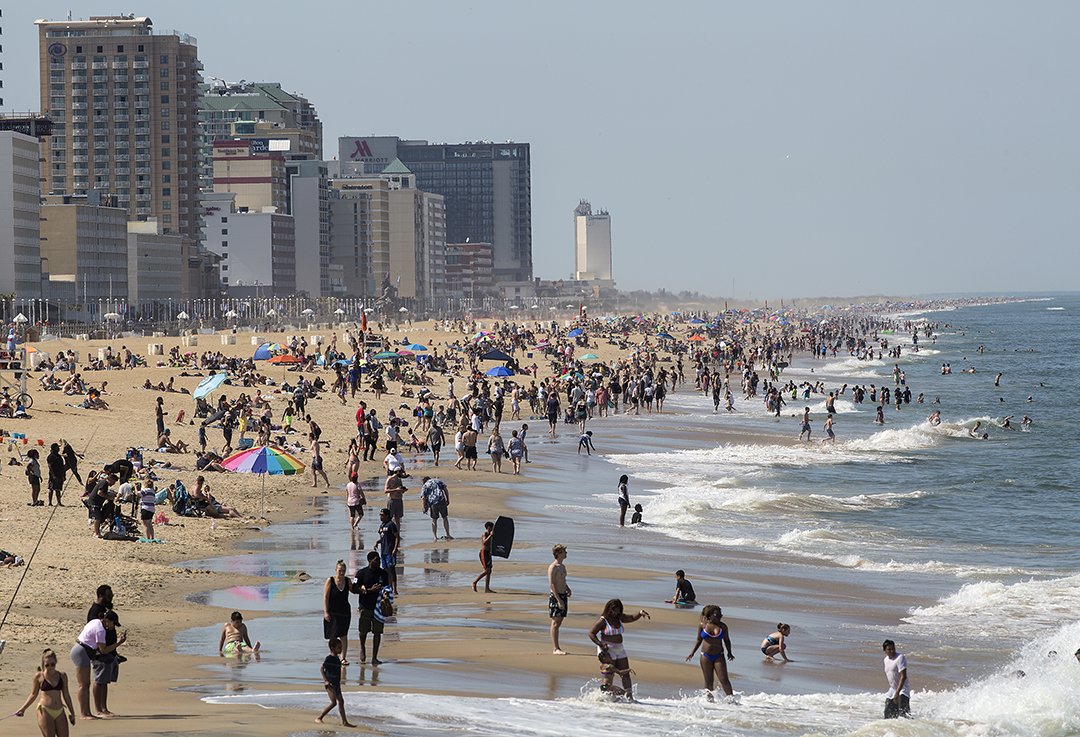 Wow! The Front Page @washingtonpost Headline reads, “A BOOST IN TESTS, BUT LACK OF TAKERS.” We have done a great job on Ventilators, Testing, and everything else. Were left little by Obama. Over 11 million tests, and going up fast. More than all countries in the world, combined.

Horowitz: One chart exposes the lie behind universal lockdowns

The number of Coronavirus cases is strongly trending downward throughout the United States, with few exceptions. Very good news, indeed!

Q!!Hs1Jq13jV617 May 2020 – 1:05:19 PM
https://www.hsdl.org/?view&did=797546📁
[Pg 20][Pg 21][Pg 22][Pg 23]
For future events [understanding].
Q
These docs discuss the  threats to national security caused by Edward Snowden’s, what did he do, he stole NSA documents approx 1.5 million of them
Most likely he either sold them or gave them to Russia and China ,
The DOD reviewed the docs, they assessed that American troops would be at risk for an future conflict. .Since Snowden has nothing else to give, I wondering much longer he will be in Russia, most likely he might be extradited back to the US

Q!!Hs1Jq13jV617 May 2020 – 3:53:01 PM
https://thetexan.news/pharmacy-board-loosens-restrictions-on-hydroxychloroquine-prescriptions-reversing-course/📁
The Texas State Board of Pharmacy issued a new rule that no prescriptions for hydroxychloroquine could be dispensed without a diagnosis, then changed their tune.

Dr. Ivette Lozano, who has been in medical practice for over 20 years, was shocked to learn in March that she would be required to share her patient’s diagnosis with the pharmacist before prescriptions for hydroxychloroquine and azithromycin would be dispensed.

On March 20, the Texas State Board of Pharmacy issued a new rule that no prescriptions for hydroxychloroquine or azithromycin could be dispensed without a diagnosis “consistent with evidence for its use.”

“Never before have we had to turn in a diagnosis with a prescription,” Lozano told The Texan. Lozano has seen about five to six patients per week for coronavirus. “They see a dramatic improvement within six to eight hours,” Lozano said.

The Texas State Board of Pharmacy published the rule on its website with the explanation that it was meant to prevent hoarding of the medications during the coronavirus crisis.

“We had pharmacists calling early on saying that people were asking for 400 tablets on some prescriptions. The Board members gave this guidance to pharmacists,” Allison Benz, executive director of the Texas State Board of Pharmacy told The Texan.

The rule was not guidance, but a mandate. It also included a 14-day supply limitation unless the patient was previously established on the medication. Hydroxychloroquine is often used to treat lupus and rheumatoid arthritis.

On average, Lozano issues a prescription for COVID-19 treatment to last five days, about ten pills each of hydroxychloroquine, azithromycin, and zinc. She said she learned about the treatment from one of President Trump’s press conferences and began investigating it.

Because of her concern for patient privacy that seemed incompatible with the unprecedented rule, Lozano contacted State Senator Bob Hall to ask for help reaching the Texas State Board of Pharmacy. Hall was concerned about the rule that seemed to be inhibiting the dispensing of these potentially life-saving prescriptions.

“In a few months, we may discover places where this combination could have saved a significant number of lives, but we had deaths because it was not used,” Hall told The Texan.

Additionally, he is concerned about “collusion between the pharmacy board and pharmaceutical companies who want to prevent the use of an inexpensive drug while they develop a new, expensive drug.”

Hall said he contacted the Board of Pharmacy commissioners, executive director, and attorney about having the restriction removed.

Over six weeks after the original rule was published, the Texas State Board of Pharmacy has recently changed its guidance to pharmacists about dispensing hydroxychloroquine and azithromycin.

The website now says, “The rule does not prevent a physician from prescribing one of these drugs for an off-label use. Please note, the intended use for the drug is not required if the practitioner determines the furnishing of this information is not in the best interest of the patient…”

Q!!Hs1Jq13jV617 May 2020 – 6:01:54 PM
https://twitter.com/drewanon17/status/1262060653268791296📁
Today is dipg awareness day. My son Easton was tragically taken from me from dipg brain cancer in September. He loved potus and was a young patriot. This ones for you Easton #WWG1GWA #WWG1WGAWORLDWIDE #QAnon2020 #Qanon #DigitalSoldiers #GreatAwakening #Q #fuckcancer
“We do not “get over” a death. We learn to carry the grief and integrate the loss in our lives. In our hearts, we carry those who have died. We grieve and we love. We remember.”
― Nathalie Himmelrich
God bless you and your family.
Heaven awaits (and so does your Son).
Q

House Intelligence Committee Chairman Adam Schiff has been feeding the American people misinformation for years. He used his position — replete with access to information and people in the know — to distribute wild accounts of Russian collusion with the Trump campaign.

The effect was to frighten and alarm millions of Americans, sowing division between neighbors, toxifying our discourse and raising anxieties.

The Trump administration spent time and resources fighting off the fallacy that cursed them since day one and deprived the American people of a president who could devote his time and energy to the policies they had elected him to enact.

Just a year ago, Adam Schiff was on CNN, MSNBC, ABC, Fox News — anyone who would have him — talking about Trump/Russia collusion “in plain sight.”

Even after the Mueller report clearly indicated that there was no provable collusion or coordination between the Russian government and the Trump campaign, Schiff continued to propagate the lie.

Chris Wallace of Fox News pressed Schiff on the claims, playing the congressman a highlight reel of his assertions of collusion.

Schiff shot back, “What more clear intent to collude could you have than the Russians offering dirt on Hillary Clinton as part of what was described as an effort to help Mr. Trump in the campaign and Don Jr. saying if it’s what you say, I would love it?”

That after years sounding the alarm about “damning evidence” of collusion with Putin that was “more than circumstantial.” This scandal was “beyond Watergate,” Schiff, privy to all of the sensitive intelligence, told us.

We found out this week that Schiff always knew there was no evidence of collusion. By day he would interview former Obama administration officials including Director of National Intelligence James Clapper, Ambassador to the UN Samantha Power, national security adviser Susan Rice and Attorney General Loretta Lynch, who would tell him there was nothing, and by night he’d jump on a newscast assuring Americans that he’d seen evidence of something.

But there was nothing.

#Pensacola News Conf Q + A w/AG Barr “As to President Obama and VP Biden, whatever their level of involvement, based on the information I have today, I don’t expect Mr. Durham’s work will lead to a criminal investigation of either man. Our concern…is focused on others.@CBSNews

AG Barr: “As long as I’m Attorney General, the criminal justice system will not be used for partisan political ends.” pic.twitter.com/ueSxzSRXuE

Military tribunals in the United States

2 thoughts on “FISA Is The Start, Think Chess, When Do You Attack The King, Think Optics – Episode 2177”