Inflation hit a 30 year high in Canada. Here in the US inflation is continuing to move higher, the Fed will only have one option in the end, raise rates. Biden blaming energy prices on Ukraine. People ability to use their banking cards in Canada suspended. [CB] panicking, ban crypto now. States are the leading the way. The [DS] is in panic mode, [HRC] trying to spin the indictments, but the facts are going to take her down and in the end people will see her as a treasons criminal. The foundation is being built, the building will start to rise and the indictments, arrests and declas will force WW coverage, panic in DC.

Psaki is still trying to give Biden credit for gas prices going "down by about ten cents" back in December, despite gas prices currently at their highest in SEVEN years. pic.twitter.com/nrxAudinkE

JUST IN 💥 Colorado Governor on CNBC: State will accept #Bitcoin for taxes starting this summer pic.twitter.com/7wA0qpjWAI

"Mazars has been threatened, harassed, and insulted like virtually no other firm has ever been. They were essentially forced to resign from a great long-term account by the prosecutorial misconduct of a highly political, but failed, gubernatorial candidateLetitia James…"

Step 1: US "intelligence" alleges on *background* with no evidence that @zerohedge is publishing "Russian propaganda"

Step 2: Twitter places a "warning" on all links to Zerohedge giving no reason as to why pic.twitter.com/8xWQgRHf56 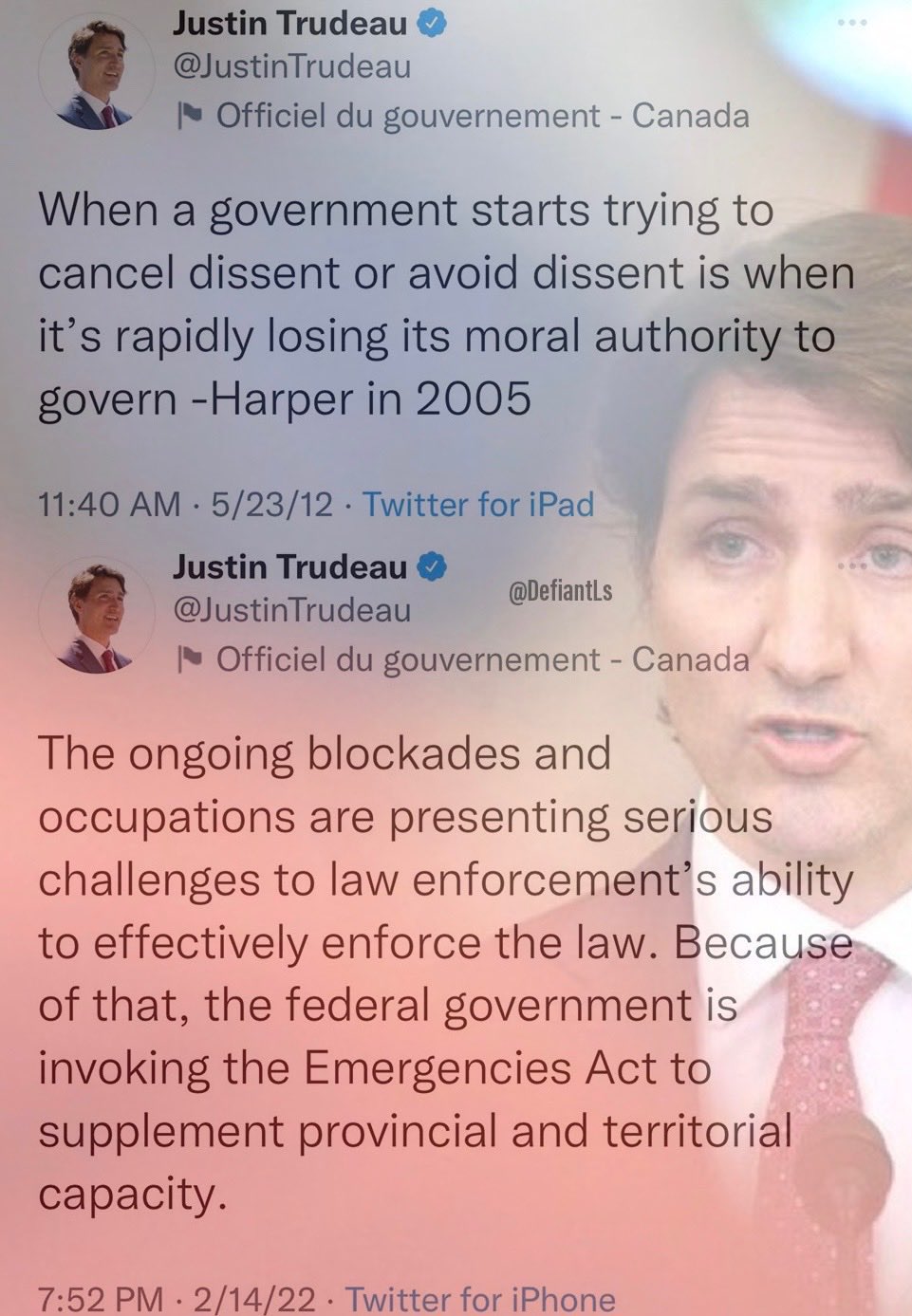 This all played out nicely for Justin Trudeau and his planned announcement, also on Monday, to invoke the never-before-used Emergency Act to crack down on the Freedom Protests in Canada.

#EXCLUSIVE: Black Lives Matter filings reveal prominent Democratic lawyer Marc Elias and another longtime ally of former Secretary of State @HillaryClinton have taken on key roles in the charity amid scrutiny over its leadership and finances.https://t.co/o8XBUYDdWk

Meanwhile, the media completely ignores Democrat President Joe Biden refusing to release his Senate records, which include his interactions with world leaders like Putin. https://t.co/lP0XmM1ewO

Trump & Fox are desperately spinning up a fake scandal to distract from his real ones. So it's a day that ends in Y.

The more his misdeeds are exposed, the more they lie.

For those interested in reality, here's a good debunking of their latest nonsense.https://t.co/iYY8Uxuogx

Soon They Won’t Be Able To Walk Down The Street

GO WITH GOD.
THE CLOCK IS ACTIVATED.
Q