Skip to content
Reports
September 29, 2020September 30, 2020 x22report
SPREAD THE WORD
The [DS]/[CB] plan to change the landscape of the country and the economy is now failing, they are no longer in control. The economy is bouncing back, confidence is up and states are now going back to normal. Trump has the [CB] exactly where he wants them, there is no escape, nothing can stop this. The [DS]/MSM are now exposed, everything they tried to do is being pushed into the light and the people can see clearly for the first time. General Flynn is about to go free, but we know that Sullivan has other instructions. DNI Ratcliffe declassified information that the [DS]/Corrupt politicians created the Russian story to go after Trump. It is now falling apart and the walls are closing in on them, pain.

In a letter, the U.S. EPA administrator tells Newsom that his executive order mandating only new electric car sales in California by 2035 may be illegal and questions the feasibility of the increase demand in electricity “when you can’t even keep the lights on today.” pic.twitter.com/f3piV4UtZe

Gold Futures Jump Back To $1900 As Real Yields Tumble

Silver is outperforming gold once again today, back above $24…

US Consumer Confidence Jumps Most Since 2003 As Hope Soars

US Home Prices Surge At Fastest Pace Since 2018 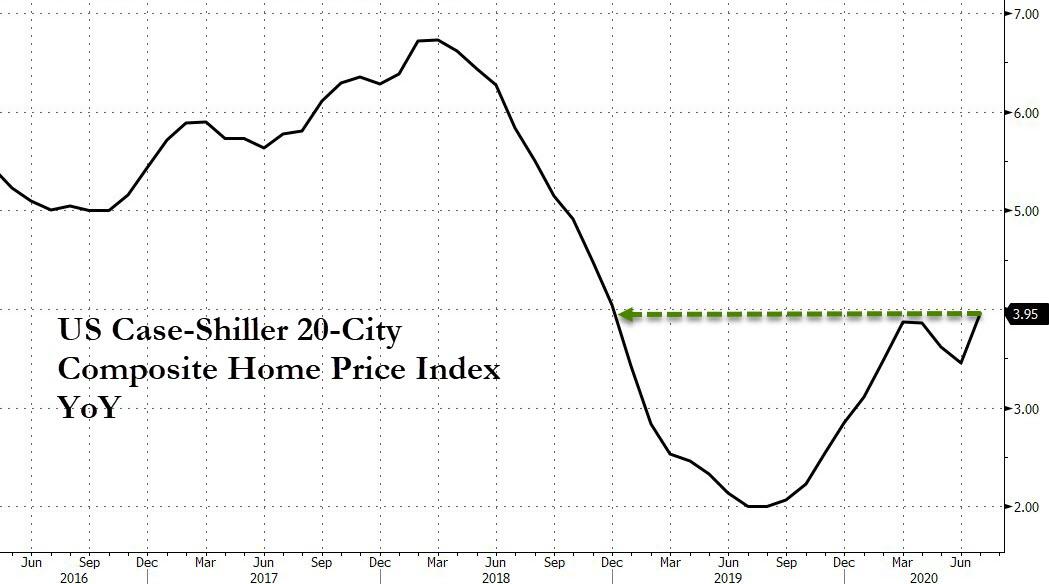 Do extended periods of negative policy interest rates continue to encourage commercial bank lending? A large panel of European and Japanese banks provides evidence on the impact of negative rates over different lengths of time.

Analysis suggests that both bank profitability and bank lending activity erode more the longer such negative policy rates continue, primarily due to banks’ reluctance to pass negative rates along to retail depositors. This appears to negate one of the main arguments for moving policy rates below the zero bound.

The data clearly show that losses on interest income accelerate over time and begin to outweigh the gains from noninterest income. As a result, the impact on overall profitability falls below zero. Our regression analysis for the impact on overall bank profitability becomes negative on average with statistical significance after five years under negative interest rates.

Now Fake News @CNN is actually reporting that I wanted my daughter, Ivanka, to run with me as my Vice President in 2016 Election. Wrong and totally ridiculous. These people are sick!

#FLYNN NOW: Lawyer for former FBI agent @petestrzok who interviewed @GenFlynn late January 2017, files brief with court. Claims “some of Mr. Strzok’s notes…appear to have been altered” + “the date added is wrong + could be read to suggest that a meeting at the WH happened pic.twitter.com/gu2NpC32fo

BREAKING: Sidney Powell, lead lawyer for Mike Flynn, tells court hearing that she met with White House lawyers and President Trump within the past several weeks to provide an update on the case; says she also asked the president NOT to issue a pardon for Flynn – @NBCPolitics

FWIW: Two weeks ago a trusted Twitter source told me that there would be no indictments before the election, but guilty pleas could be secured prior to Nov. 3rd. This is consistent with what @MariaBartiromo‘s source told her. https://t.co/Tt6Kai80oR pic.twitter.com/UO6LxzAte5 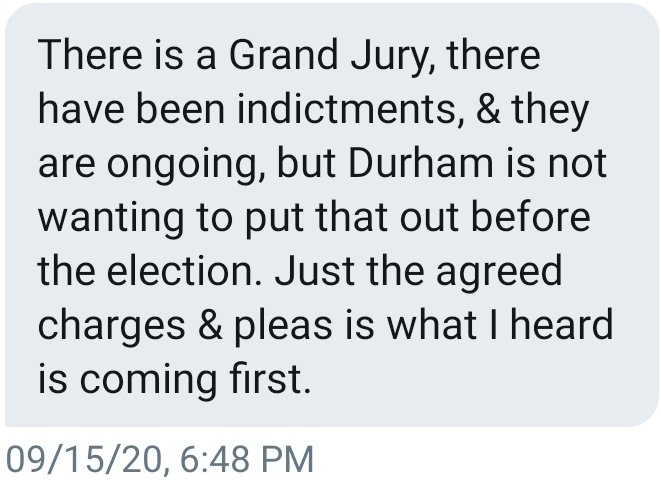 Net worth before running for President: 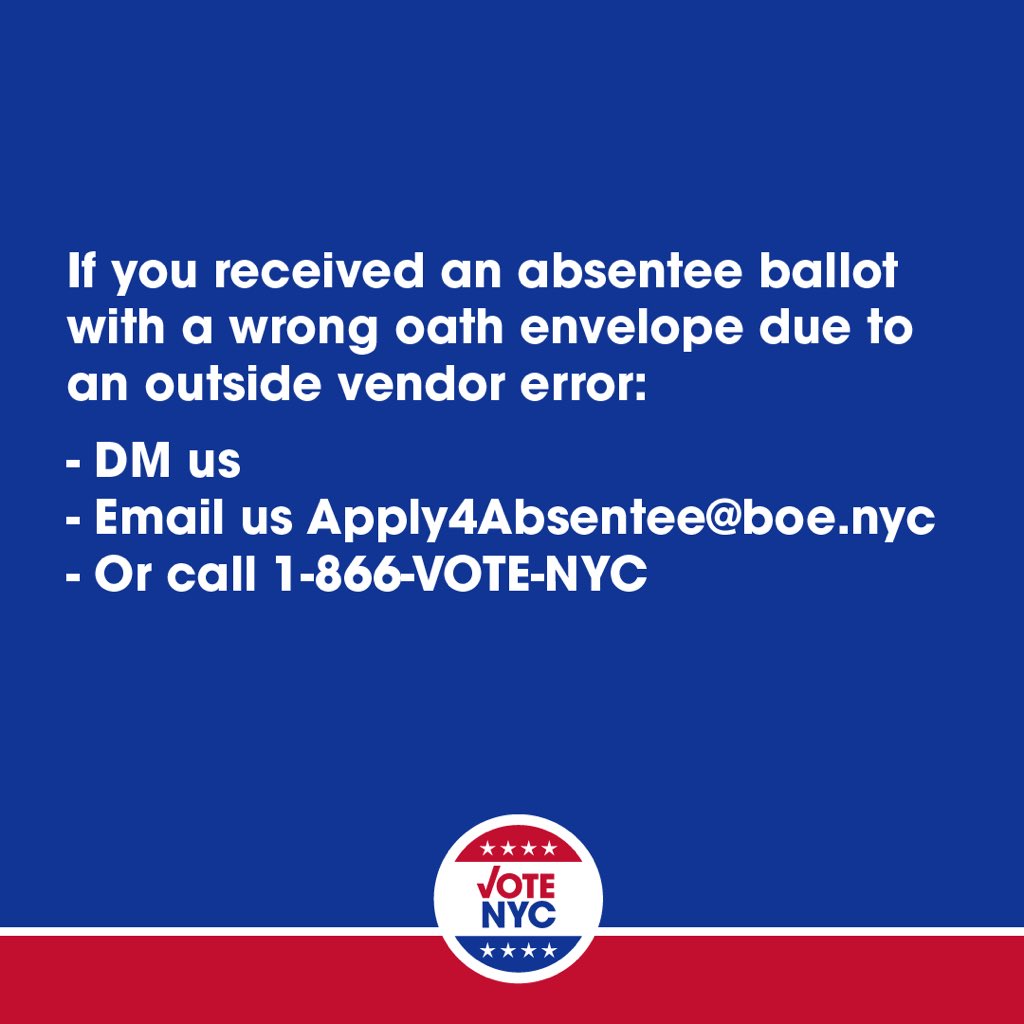 NYT editorial board is essentially calling for censorship of Trump and his “allies” aka supporters on social media on election night. https://t.co/ktWnOVotZP pic.twitter.com/kLYUJxd98o 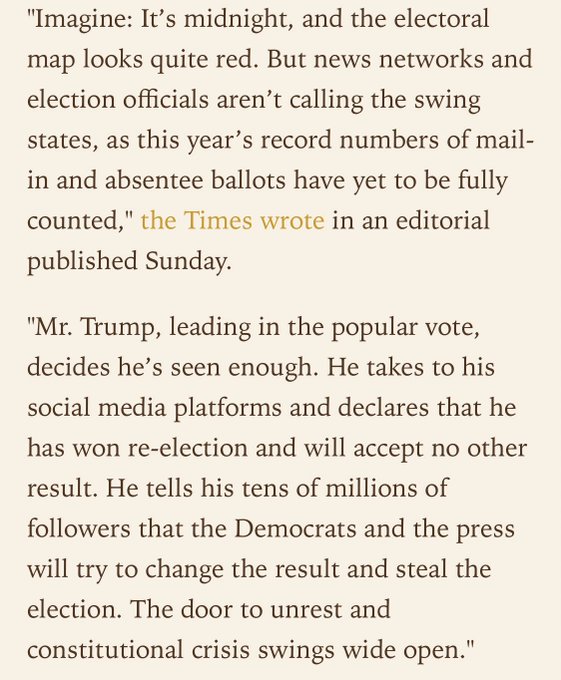 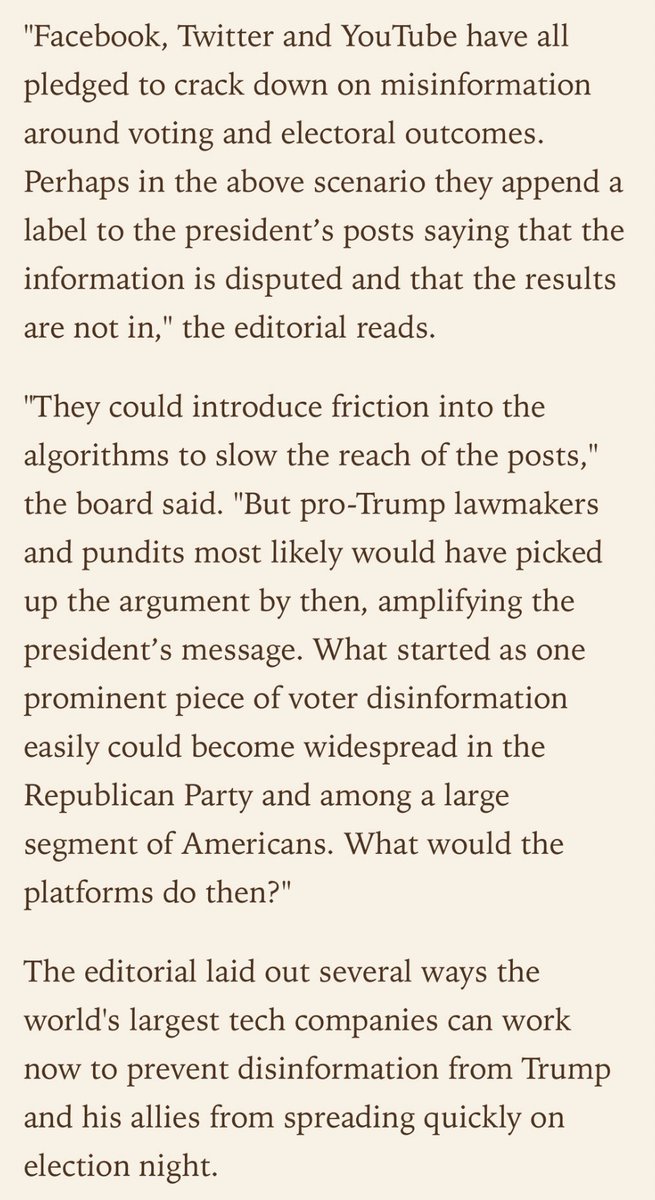 President Trump will be nominated for a third Nobel Peace Prize by for his extraordinary peace doctrine. Louisville store owner in viral video: ‘I refuse to be a victim’

. The activists have been shaking down business owners almost all summer, creating a social justice rating system and threatening those who don’t comply.

Biden and Harris plan to “reimagine public safety” just like the Democrats are doing in Portland, Seattle, and Minneapolis! pic.twitter.com/7YgAhicumM

A review of FBI Director James Comey’s professional history and relationships shows that the Obama cabinet leader — now under fire for his handling of the investigation of Hillary Clinton — is deeply entrenched in the big-money cronyism culture of Washington, D.C. His personal and professional relationships — all undisclosed as he announced the Bureau would not prosecute Clinton — reinforce bipartisan concerns that he may have politicized the criminal probe.

Is Barsoomian helping (singing?) or being monitored (FISA)?

“Rod’s appointment is in recognition of the initiative and energy he has already brought to the Tax Division,” said Assistant Attorney General O’Connor. “In addition to superb legal skills, Rod has demonstrated great integrity and sound judgment. He is deeply committed to the values of the Department of Justice and the mission of tax enforcement.

This initial release consists of material from the FBI’s files related to the William J. Clinton Foundation, a non-profit 501(c)(3) organization. The bulk of these records come from a 2001 FBI investigation into the pardon of Marc Rich (1934-2013), aka Marcell David Reich, by President Clinton in 2001; it was closed in 2005. The material is heavily redacted due to personal privacy protections and grand jury secrecy rules

Don’t bite the hand that feeds you.
Q

Comey tooknover the CF investigation in 2002 while Mueller was FBI director.

These documents are heavily redacted:

President Trump is asking for an additional ground rule ahead  first presidential debate between himself and Democratic presidential nominee Joe Biden. But the Biden campaign is rejecting it.

Kate Bedingfield, Biden’s deputy campaign manager, called the Trump campaign’s request “absurd.” She also denied the claim that the campaign had asked for 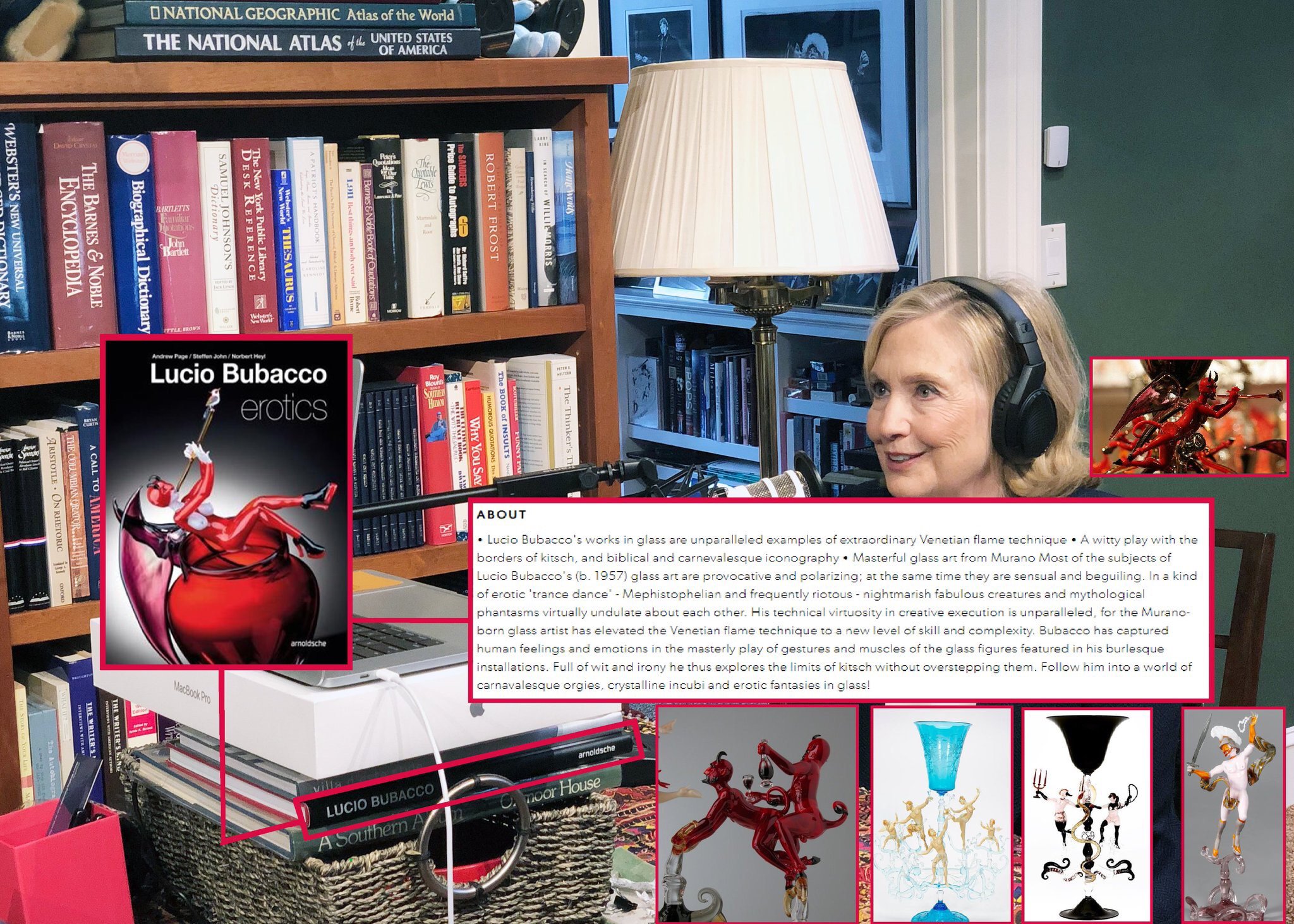 Filename: 3b050a773c8e30af49a0a5c0cf3e8d50e1cf2203c02030db17538709b6b53846.jpegImage Name: Biblical.jpeg
4791
Q !!Hs1Jq13jV6 09/29/2020 15:13:31 ID: 61dad3
Archive Bread/Post Links: 10838075 / 10838629
Direct Link: 10838629
https://twitter.com/ChadPergram/status/1311015805514113024
1) DNI info to Graham: In late July 2016, U.S. intelligence agencies obtained insight into Russian intelligence analysis alleging that U.S. Presidential candidate Hillary Clinton had approved a campaign plan to stir up a scandal against U.S. Presidential candidate Donald Trump..
2) DNI info to Grahm:…by tying him to Putin and the Russians’ hacking of the Democratic National Committee. The IC does not know the accuracy of this allegation or the extent to which the Russian intelligence analysis may reflect exaggeration or fabrication.”
3) DNI info to Graham: According to his handwritten notes, former Central Intelligence Agency Director Brennan subsequently briefed President Obama and other senior national security officials on the intelligence, including the ‘alleged approval by Hillary Clinton..
4)…DNI info to Graham:…on July 26, 2016 of a proposal from one of her foreign policy advisors to vilify Donald Trump by stirring up a scandal claiming interference by Russian security services.’”
5) DNI info to Grahm: On 07 September 2016, U.S. intelligence officials forwarded an investigative referral to FBI Director James Comey and Deputy Assistant Director of Counterintelligence Peter Strzok regarding ‘U.S. Presidential candidate Hillary Clinton’s approval of a plan..
6) DNI info to Graham:…concerning U.S. Presidential candidate Donald Trump and Russian hackers hampering U.S. elections as a means of distracting the public from her use of a private mail server.’”
Q
4792
Q !!Hs1Jq13jV6 09/29/2020 15:14:01 ID: 61dad3
Archive Bread/Post Links: 10838075 / 10838649
Direct Link: 10838649
Anonymous 09/29/2020 15:06:46 ID:70e50f
Archive Bread/Post Links: 10838075 / 10838496
Direct Link: 10838496

“I know you can’t look past Bernie and March primaries — but who is in charge of the Trump swift boat project?” Johnson asked in an email to Palmieri, according to the hacked emails.

“Needs to be ready, funded and unleashed when we decide — but not a half assed scramble,” Johnson added.

Swift-boating refers to the group Swift Boat Veterans for Truth that accused John Kerry of fabricating his exploits to win decorations during his military service in Vietnam when he ran for president in 2004.

The term “swift-boating” has since become synonymous with nasty campaign tactics.