Ep 2619b – [HRC] Is A Puppet Her Strings Were Cut, She Is On Her Own,Durham Is Bringing The Pain Ep 2619a – The [CB] Just Sent A Message, Timing Is Everything
[JB] is now moving forward with the vaccine mandates, this is going to effect the trucking industry, which in turn will add to the supply chain issue. In Ca they are now changing the stacking rule to more than two. The Fed just signaled when they are going to begin the economic crisis, timing is everything. The patriots are now bringing the pain, the [DS] is panicking and Durham just arrested another player in the Russia collusion hoax. All roads lead to [HRC]. Those who lied to congress in impeachment hoax 1 are now panicking they thought they would be protected. [HRC] sends a message, PANIC is everywhere. The people are now learning the truth, people are seeing the swamp and how they operate. Buckle up is going to get very bumpy.

I’m told Biden vax mandate for private sector DOES NOT include carve-out for truckers. So all the biggest trucking companies in America – who already face major driver shortages – will see a % of their workforce quit. Supply chain crisis is going to get much worse – very soon.

“The city will work during the next 90-day period to assess the situation and effectiveness of this solution and any impacts on the surrounding areas… City staff anticipates presenting information on this topic to the city council in November to receive further input on the solution as well as consideration for impacts to the areas where these operations are located.” 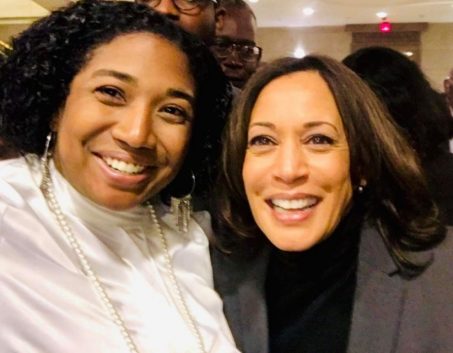 Our office will file a lawsuit tomorrow morning once OSHA rules are officially published that will mandate COVID-19 vaccine requirements for private employers with more than 100 or more employees.

Italian Higher Institute of Health Adjusts Number of Deaths Due to Covid Alone Since February 2020 Downwards From Over 130,000 to under 4,000

To put yesterday in context: in NJ, GOP legislative candidates outperformed the ’20 Biden/Trump margin in their districts by a median of 10.8 pts.

If that swing were superimposed nationally, Rs would pick up 44 House seats in 2022 (before even factoring in redistricting).

In VA, GOP House of Delegates candidates outperformed the ’20 Biden/Trump margin in their districts by a median of 12.3 pts.

If that swing were superimposed nationally, Rs would pick up 51 House seats. That’s how awful the political environment is for Dems right now. 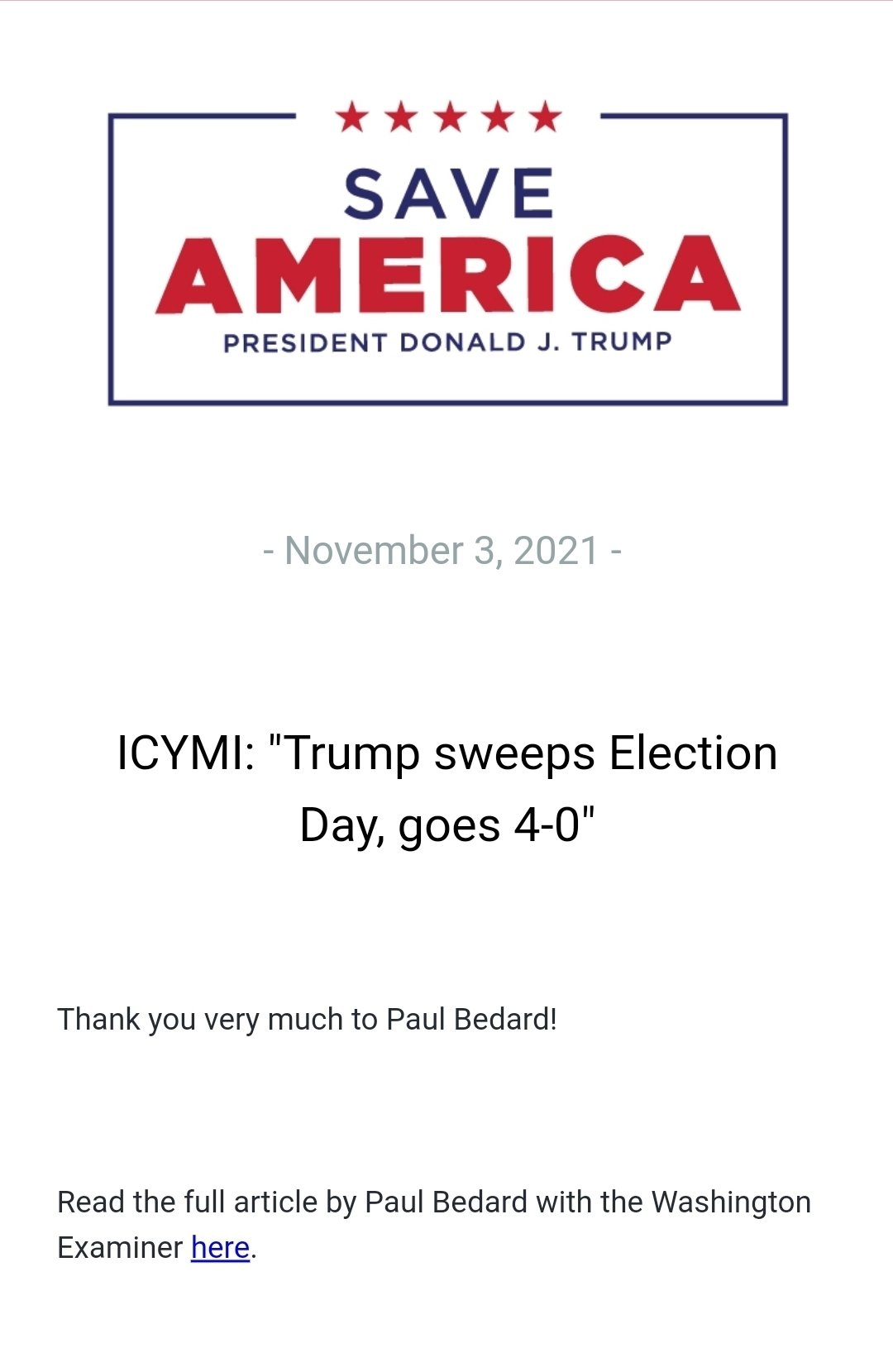 Durham alleges that Danchenko – the Steele source – and the Democrat “PR Executive” (Dolan) worked together to gather intel/dirt on Trump. From their e-mails:

The Democrat PR Executive (Dolan) later admitted to the FBI he fabricated this information to Danchenko.

Danchenko later falsely denied to the FBI that the Democrat PR Executive (Dolan) had provided him with information.

Danchenko further lied about his claims of staying in a Moscow Hotel in June 2016. He didn’t stay at the Moscow Hotel until October. This is material because Danchenko purportedly gathered information from sources during the June 2016 stay (which never occurred).

Here’s an important observation: Danchenko wasn’t a necessarily a source – he was a go-between, providing Steele with information from the Democrat PR Executive (Dolan).

And then Danchenko lied about the Democrat PR Executive (Dolan) not being his source.

Fiona Hill introduced Danchenko to Chris Steele as well as to this PR executive pic.twitter.com/PYYUBo97hy

Think about how remarkable this paragraph is considering where the media coverage of the Russian collusion hoax started 5 years ago.

The corporate media truly is the enemy of the people. pic.twitter.com/T04WWB6xbr

So  Hillary Clinton was the one who colluded with the Russians the whole time.  And that includes Russian govt figures here in the United States.

All roads lead to HRC and who else, he pushed the lie, Fake News, Big Tech, Mueller, he knew, but wait there is more, this is going to lead ot Obama and Biden

Another flashing red warning sign for the health of our democracy. https://t.co/bEDzObXmHY

History is being made.
You are the saviors of mankind.
Nothing will stop what is coming.
Nothing.
Q

We are UNITED.
The world is changing.
Can you feel it?
Q