Skip to content
Reports
June 9, 2021 x22report
SPREAD THE WORD
113,292
The woke companies are having a problem, why can’t they pay their employees to work, why do they need them to volunteer.Inflation is coming and banks are now warning the public, people are noticing and showing others.Leaked IRS docs shows the people that the elite do not pay taxes like the rest of us. The [DS] has been trapped by their agenda, lies and narrative. The patriots knew their playbook and used it against them. The public is now finding out that they lie about it all and the fake news, big tech and corrupt politicians are continually lying. What the world is witnessing is the biggest sting operation we have ever witnessed, Trump and the patriots put everything on the line and now the world is about to see it all, the [DS] system is going to be exposed to everyone. Ep 2499a – The Economic Crisis Narrative Begins, It’s Time To Wake Up The People

One year ago today, this was purchased for $2941, the same order re-quoted today at $11,879. pic.twitter.com/VZQRvXExhf 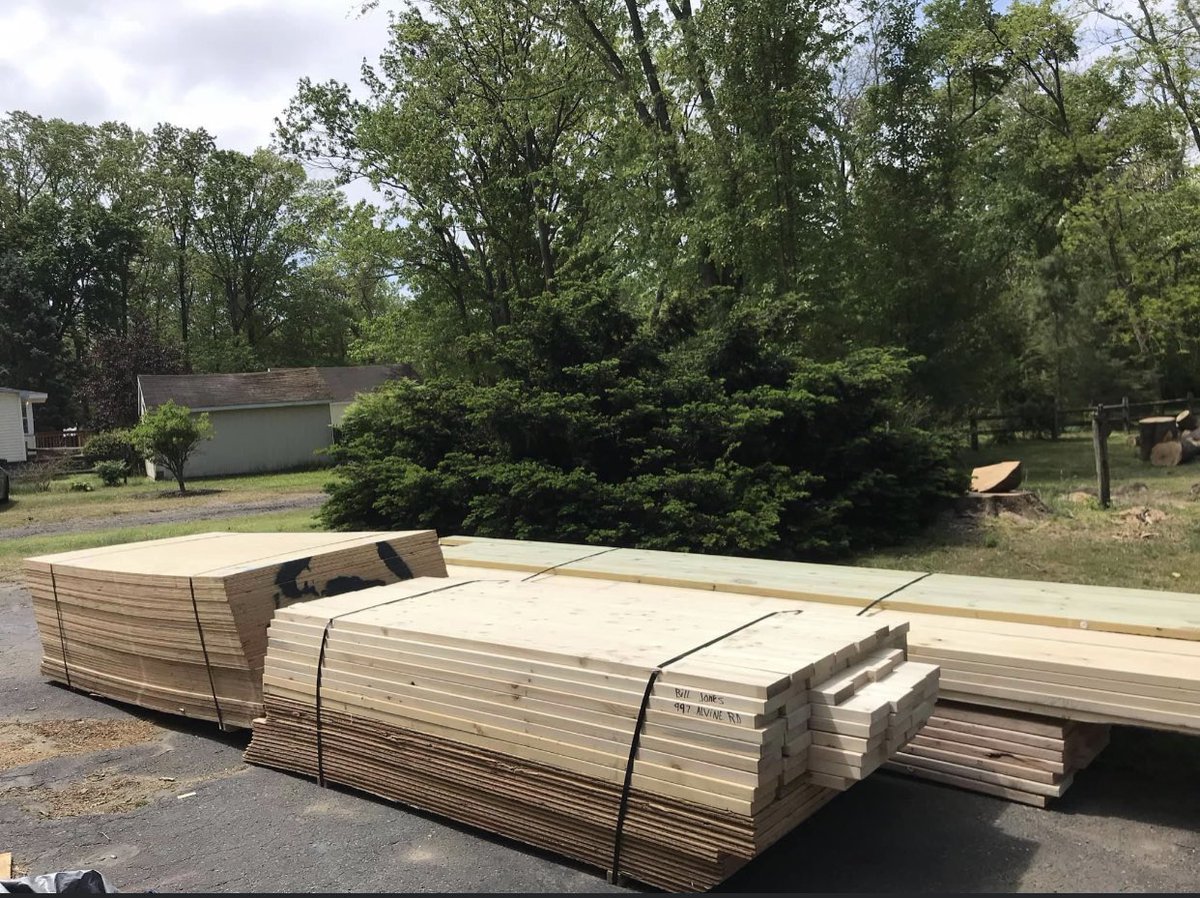 Lets go back in time, I mentioned this yesterday, here is Hillary that all black people look alike

Who are the real racists

• Within a given article, information that confirms the paper’s preferred narrative is to be featured at the top of the article, ideally in the first sentence.
• Within a given article, information that rebuts a preferred narrative or confirms an undesirable narrative is to appear deep in the article, or not at all.
• An article’s “hero” should be anyone who advances the causes of globalism, wokeness, skepticism of America and its values, and/or political leftism.
• Additional unofficial “hero points” are added or subtracted based on the hero’s race, sex, sexual orientation, and/or socioeconomic status.
• An article’s “villain” is typically anyone in the article who advances the causes of nationalism, conservatism, or traditional American values.
• A villain can also be someone who is insufficiently outraged at those who do not embrace modern woke leftism.
• When someone is a villain, their race, sex, sexual orientation, and/or socioeconomic status are mostly irrelevant unless they can be used to portray the villain in an even more unfavorable light.
• Heroes need not be actual heroes; they can simply be victims.
• Heroes get glamorous “hero shot” photographs when possible.
• Villains get unflattering photographs, or none at all.
• Errors are acceptable, so long as they do not hurt the cause of globalism or modern woke leftism.
•Errors that portray a preferred narrative negatively or an unfavorable narrative positively are never to be made. Ever.
• Corrections are to be published discreetly, deep within the paper, if at all.

Kamala and Biden haven’t visited the border why

More than 160…In the past few months, illegal aliens from more than 160 countries have been encountered at the border.

And it’s not just the number of countries, it’s the number of people, too. The number of illegal aliens from beyond Mexico and the Northern Triangle has skyrocketed from 9,416 in January to over 50,000 in May according to preliminary estimates. 2/4

So when Harris claims she is addressing the “root causes” of Biden’s border crisis by avoiding the border, she is not telling the truth. SHE’S LYING.

People from around the world, including cartels & terrorist organizations, are exploiting Biden’s policies to enter the US. 3/4

The true “root cause” of this crisis is Biden’s terrible #OpenBorders agenda, a failed agenda his administration is only doubling down on. 4/4 pic.twitter.com/5PrUfGprGU

Our recently secured Southern Border is now worse than ever before. At no time in our Country’s history has anything so outrageous taken place. The Biden Administration stopped construction of the small remaining openings in areas of the almost 500 mile long wall, have taken away all authority from our great Border Patrol, and have ended such long fought for policies including Remain in Mexico, Safe Third Agreements, and our hugely-successful program that completely stopped Catch-and-Release.

Millions of people are pouring through our Border, including many criminals being released from jails, for such crimes as murder, drug smuggling, and human trafficking. In the history of our Country, it has never been more dangerous or worse. They do not have long to act as our Country is being destroyed!

So lets think about this, the fake news the corrupt politicians massaged the stats and called everything a covid death, this way they could make the pandemic look more deadly, but at the same time blocked the cure from the people. Did the patriots just trap them for the biggest class action lawsuit ever

Verified again! “CGG-CGG” in SARS-CoV-2 genome is part of smoking-gun evidence to prove Gain-of-Function done by CCP.
I have presented analysis with other smoking guns in the First Yan Report last Sep.
However, CCP’s unrestricted misinformation campaign dismiss it using lies! https://t.co/sM7520Asxh pic.twitter.com/mkzQVCAqx8 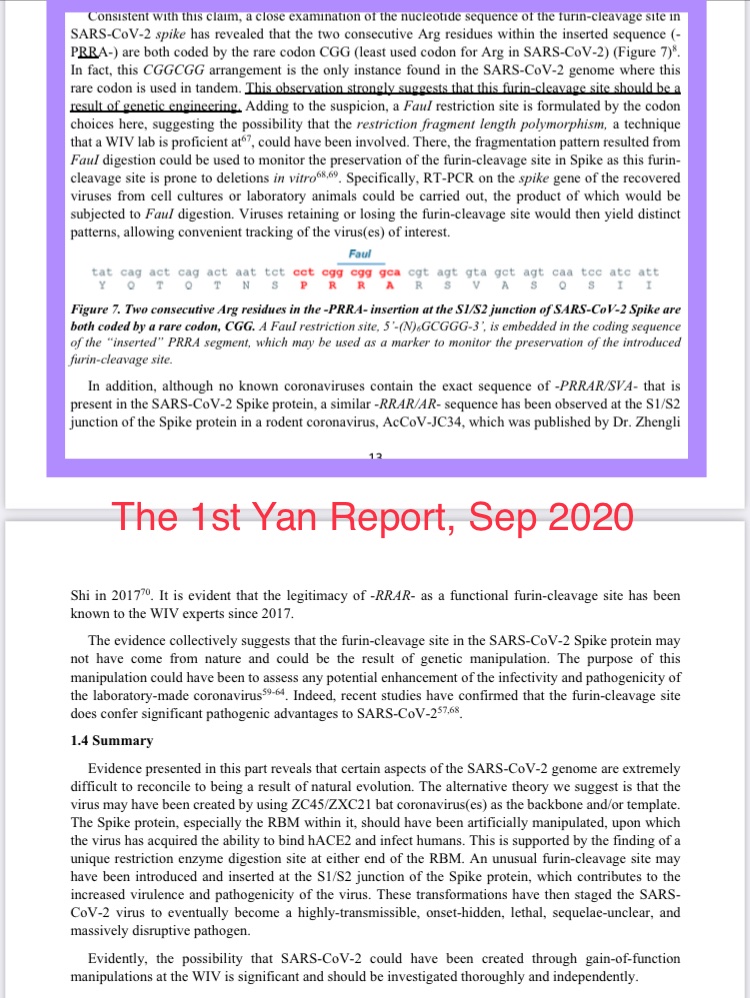 the question is why won’t the capital police release the video tapes, because they don’t want the people to see the truth, but the truth will be released sooner or later.

Yeah um… people who revere flags don’t drag them along the ground or throw them to the floor… this is deeply revelatory pic.twitter.com/5aTnKxC7U3

Just in. The Inspector General has concluded its review of the Lafayette Park protests and found that there is no evidence supporting the claim that Bill Barr ordered the clearing to allow for Trump’s controversial photo op. https://t.co/BbflgtWAqz

From the report: “The evidence we obtained did not support a finding that the USPP cleared the park to allow the President to survey the damage and walk to St. John’s Church…”

…”Instead, the evidence we reviewed showed that the USPP cleared the park to allow the contractor to safely install the antiscale fencing in response to destruction of property and injury to officers occurring on May 30 and 31.”

Despite the absence of evidence, legal experts like University of Texas professor and CNN contributor Steve Vladeck continued to claim that Barr ordered federal officers “to forcibly clear protestors in Lafayette Park to achieve a photo op for Trump.”

Thank you to the Department of the Interior Inspector General for Completely and Totally exonerating me in the clearing of Lafayette Park!

As we have said all along, and it was backed up in today’s highly detailed and professionally written report, our fine Park Police made the decision to clear the park to allow a contractor to safely install antiscale fencing to protect from Antifa rioters, radical BLM protestors, and other violent demonstrators who are causing chaos and death to our cities. In this instance, they tried burning down the church the day before the clearing. Fortunately, we were there to stop the fire from spreading beyond the basement—and it was our great honor and privilege to do so. Again, thank you to the Inspector General!

Yes, that is correct… REMOTELY

2. Those dates are significant because they correspond directly to the dates the county and SOS were trying to correct the intentional computer problems that subverted the election.

These logons appear to have escalated privileges at the time of logon.

3. But we were told there was no internet connection.

In an accredited system, an anonymous user should not be authorized by the accreditation authority, but would instead be required to enter a specific user name and password to utilize the system.

This is fraud. This decertifies the Antrim County election.

SOS Benson should resign or be impeached.

60 Congress members hacked, locked out of databases for weeks

Morpheus:
What happened, happened and could not have happened any other way.