Skip to content
Reports
June 10, 2021 x22report
SPREAD THE WORD
123,064
The [CB] plan is failing, soon the people will no longer received UBI and they will need to go back to work, this is something the [DS]/[CB] does not want. Inflation is beginning to pickup. The [CB] has now hit back at El Salvador, they have come out of the shadows are now in the spotlight for all to see. The [DS] is now panicking, they know the storm is coming, the storm is about to hit and they don’t know how to stop it. The people are coming together, they thought they would be able to keep the people divided they were wrong. China is panicking, big pharma is panicking, there is now chatter amongst those in control, either show the public or their system collapses. Stealth bomber incoming, the people are ready, the audit will begin the movement. And despite over 9 million job openings, over 11 million Americans remain on some form of pandemic-specific unemployment benefits…

The Bureau of Labor Statistics (BLS) shows energy as a major driver of the increase in costs: Bloomberg shows goods prices are up 6.5% year-over-year – the highest since 1982. Bitcoin requires so much computing activity that it eats up more energy than entire countries. One of the easiest and least disruptive things we can do to fight the #ClimateCrisis is to crack down on environmentally wasteful cryptocurrencies. pic.twitter.com/derGr1bjuq

White House budget office approves Biden’s plan to retract Trump era insulin and epipen discounts.
Biden is so far up the rear end of Big Pharma that they don’t need a colonoscopy. https://t.co/pH0ktjcvyv

Monthly illegal US southern border crossings: March: 172,331 April: 178,622 May: Upwards of 180,000 Why does Joe Biden and the activist media still insist that there is no crisis at the border?

The AMERICAN flag should be flying on American military bases. Why is this so hard to understand?

Stay-at-home orders for everyone! (But he’ll be at Zeke’s.) https://t.co/Cf4eYqIK2i pic.twitter.com/vsrNKAVij3 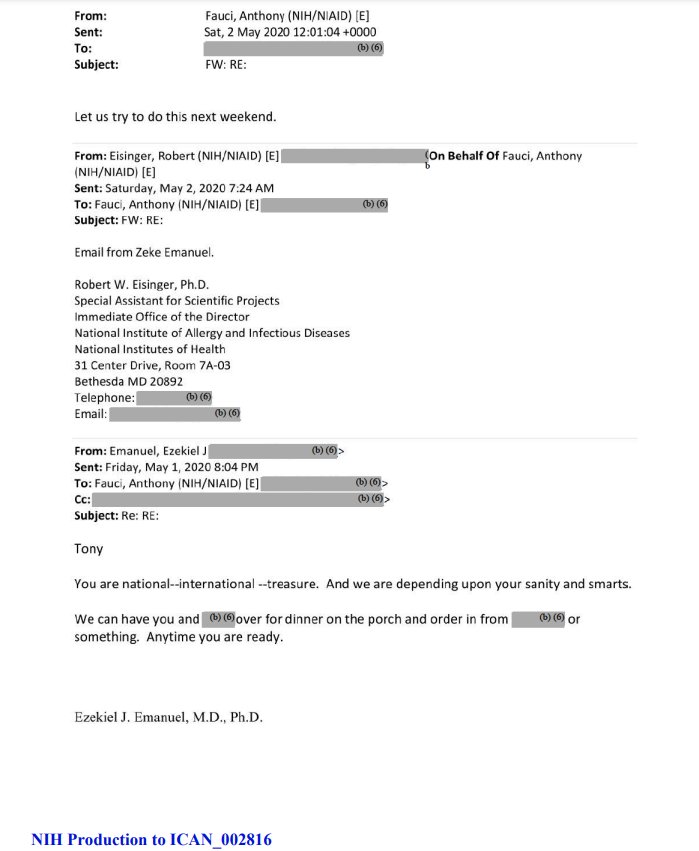 The DC stay-at-home order was in effect until June 8, 2020. I don’t see dinner at a friend’s house in the allowed activities.https://t.co/pyr1X2mimh pic.twitter.com/nnB8o15mmb 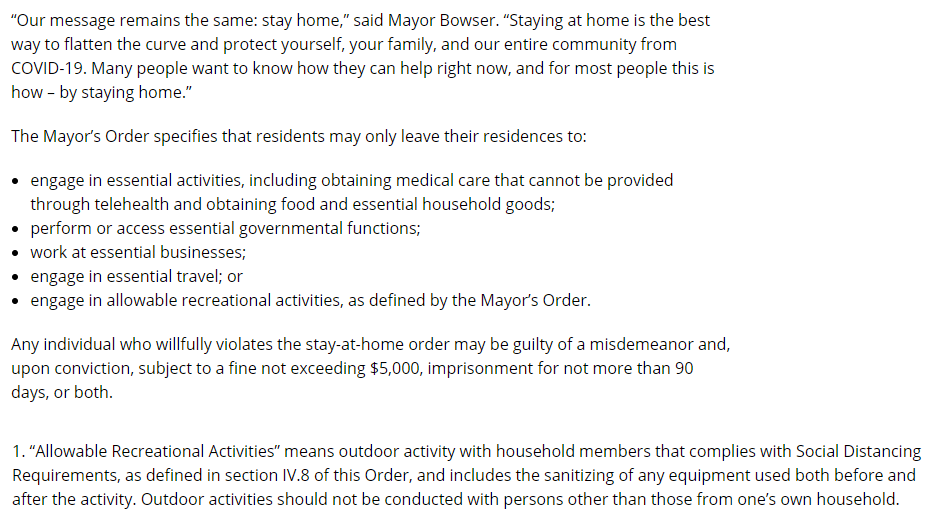 Anthony Fauci, argued in 2012 that the risks of a lab accident sparking a pandemic are outweighed by the potential benefits of manipulating viruses via gain-of-function research, according to previously unsurfaced remarks reported by Sharri Markson via The Australian.

“In an unlikely but conceivable turn of events, what if that scientist becomes infected with the virus, which leads to an outbreak and ultimately triggers a pandemic?” Fauci wrote in the American Society for Microbiology in 2012, adding “Many ask reasonable questions: given the possibility of such a scenario – however remote – should the initial experiments have been performed and/or published in the first place, and what were the processes involved in this decision?”

“Scientists working in this field might say – as indeed I have said – that the benefits of such experiments and the resulting knowledge outweigh the risks,” Fauci continued. “It is more likely that a pandemic would occur in nature, and the need to stay ahead of such a threat is a primary reason for performing an experiment that might appear to be risky.“

Now we know why Fauci banned hydroxychloroquine: it would have made the experimental vaccines unnecessary.

“The American people are going to end up trusting Dr. Pepper more than Dr. Fauci.” @SenJohnKennedy 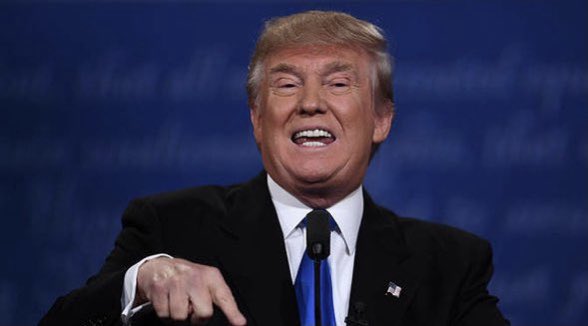 JoeBama Administration Will Not Require Vaccination For Federal Employees in Workplace, Nor Should any Federal Department Ask About Vaccination Status 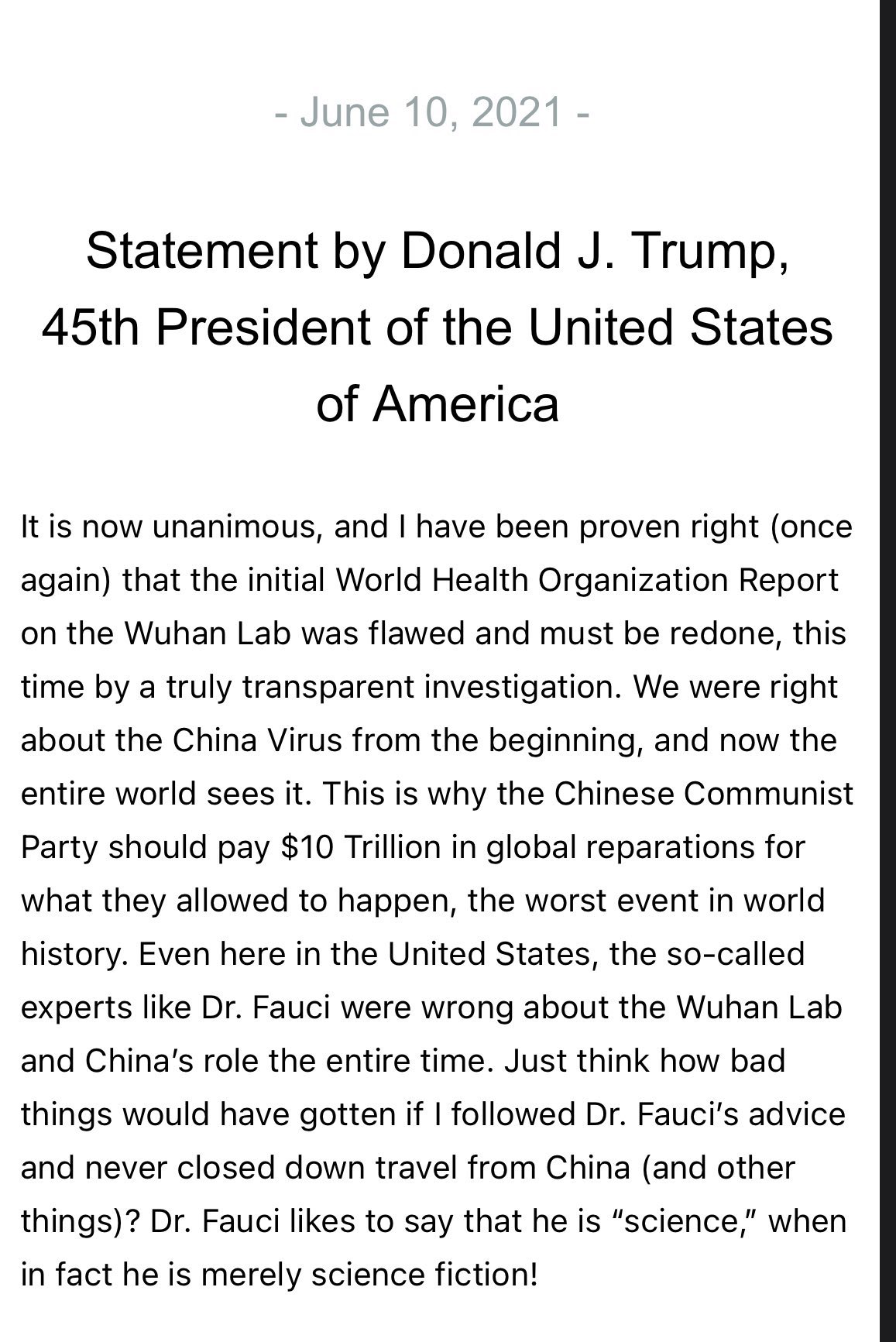 The federal agents who cleared Lafayette Park of BLM rioters last summer did not use tear gas, according to an Interior Department inspector general report this week.

“We determined, and the MPD confirmed, that the MPD used CS gas on 17th Street,” the report states. “We found no evidence that the USPP [U.S. Park Police] and the law enforcement entities operating under the unified command deployed CS gas during the clearing of Lafayette Park.”

Instead, it was the DC Police that used the tear gas.

It gets worse . . . in Central Lake Township (Antrim County) we discovered 82% reversal rate of ballots.

Why? Because someone intentionally tampered with Left Marker #18 on the ballots prior to the election.

Now that I have been totally exonerated on the Mueller Witch Hunt with a charge of No Collusion, I have often wondered, if a fake investigation is illegally started based on information provided and paid for by the DNC and the Clinton campaign, shouldn’t they be held accountable? Not to mention, wasting tens of millions of taxpayer dollars and interfering with years of a presidential administration? I fought the made-up Hoax strongly and effectively, and I won.

Then they fabricated, out of thin air, the fake allegation that I obstructed justice, and I won that too. Think of it, how can you obstruct justice when you were fighting a false and illegally submitted narrative?

This week I have been totally exonerated by the Inspector General in the clearing of Lafayette Park, despite earlier reports that it was done for political purposes.

And I have also been totally exonerated in Congress by the testimony of former White House lawyer Don McGahn. It came, it went, and it was a big “nothingburger.”

But fear not, the Radical Left, country destroying, illegal Witch Hunts continue, and I will win those too!

What you are about to learn (learning) should not only scare you, but intensify your resolve to take back control [Freedom]. The information that will become public will further demonstrate the criminal & corrupt [pure evil] abuse of power that the Hussein administration undertook in joint efforts w/ domestic and foreign dignitaries.
https://www.youtube.com/watch?v=G2qIXXafxCQ
WWG1WGA.
Q