The economic system is now transitioning very slowly, all the trade deals will be reworked, the production of rare earth minerals is now shifting, the supply chains are being re-worked, the [CB] is now being forced to lower rates. This is the the first phase of the transition, remember the 70’s when we transitioned to the petro dollar, it is now happening in reverse. The clock is ticking down for the [DS], this latest event will not last much longer, so a big push is coming very soon. [CS] comes under fire for threatening the SC. Ukraine investigation moves forward.  FISA Court Bars FBI Officials Involved in Carter Page Spy Warrants. The D’s are now in the process of setting up their candidates for the 2020 election, it won’t be who everyone thinks it will be. Why did the patriots hold off in using the Trump card? The patriots know the playbook, they knew that they would need to use it when the time was right, patriots hold all the cards.

Negative Rates In The US Are Virtually Guaranteed Now

Michael Bloomberg could barely win a delegate in a primary with $500+ million—but if you ask Washington Democrats, a few Russian trolls spending 100K on Facebook ads swung the entire 2016 election. Got it. #CollusionHoax

There can be few things worse in a civilized, law abiding nation, than a United States Senator openly, and for all to see and hear, threatening the Supreme Court or its Justices. This is what Chuck Schumer just did. He must pay a severe price for this!

Schumer has brought great danger to the steps of the United States Supreme Court!

National Archives letter to @SenRonJohnson and @ChuckGrassley: +10,000 pages “may be responsive” to their Ukraine investigations. Senator Johnson emphasized @CBSNews investigations began “months ago,” many elements “now coming together” and “not solely focused on the Bidens” pic.twitter.com/E89lGSl8Ei

The DOJ shut it down.

As per recent Federal Court ruling, the Federal Government will be withholding funds from Sanctuary Cities. They should change their status and go non-Sanctuary. Do not protect criminals!

Hillary Clinton says Trump’s health care policies have made coronavirus a bigger risk than it needs to be. pic.twitter.com/NXgWzghzKr

When you call anything inconvenient to you a “hoax,” when you undermine facts and truth, and when you rid the government of experts who are loyal to science rather than to you, you’re going to have some problems. https://t.co/KdQRFMyEfZ

Trump was on Hannity and they were discussing the WHO numbers, this is what Trump said

Trump to Hannity on WHO saying coronavirus death rate is 3.4%: “I think the 3.4% number is really a false number. Now this is just my hunch, but based on a lot of conversations … personally, I’d say the number is way under 1%.”

Now of course the MSM and others are bashing him over this but, there are experts and the WHO, which are not stating that the numbers are most likely inflated.

There is nothing “irresponsible” about what @RealDonaldTrump said.

Unless all this reporting from CNN and Vox citing health experts who agree that the real coronavirus mortality rate is lower is “irresponsible.”

I know you’re thirsty for retweets but stop being such a hack. https://t.co/UhVKao6ZtV pic.twitter.com/eMENTgNIfn 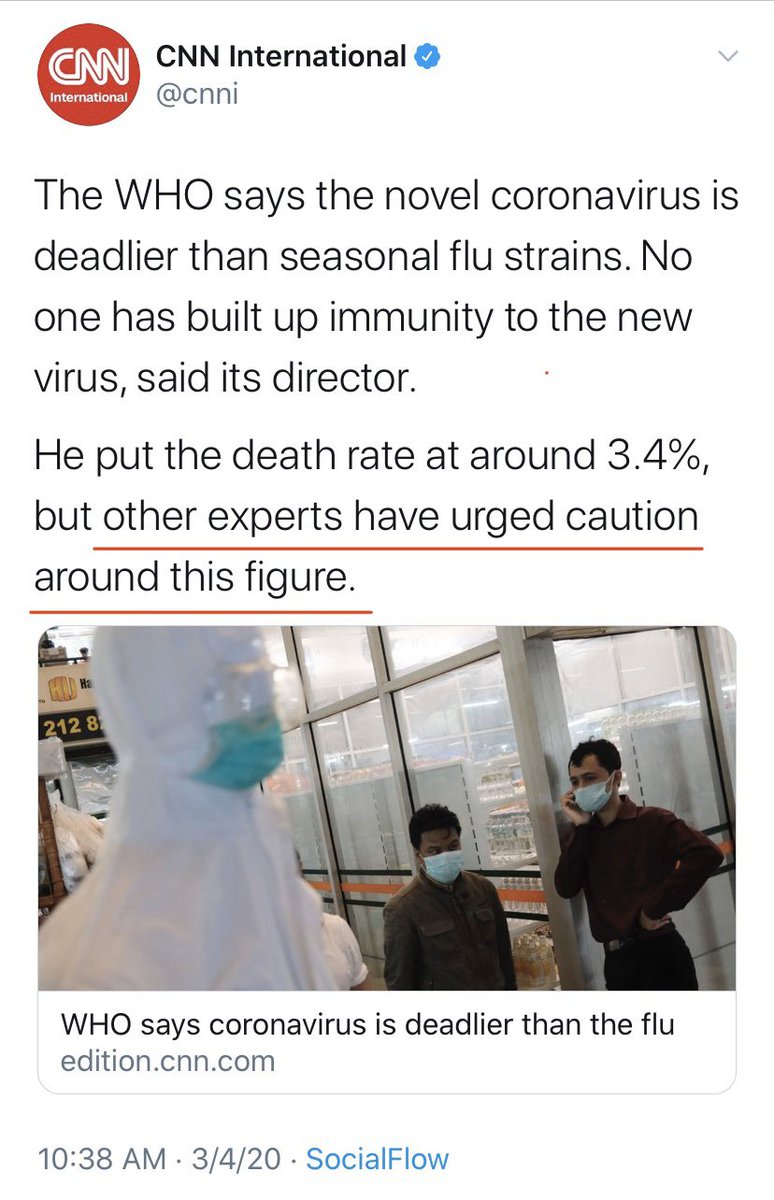 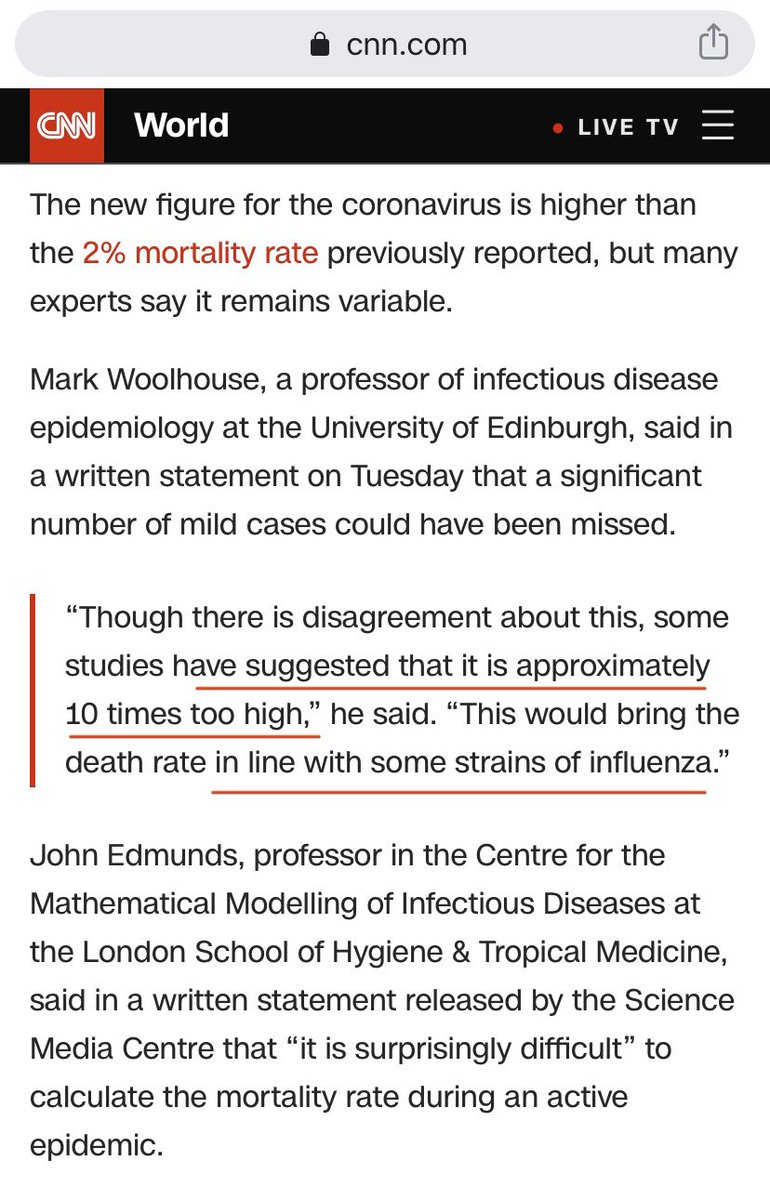 In fact, Center For Immigration Studies has put together a  map

https://twitter.com/SaraCarterDC/status/1146175340433367040📁
Imagine what would happen, if, by law, every US Congressman/woman, US Senator, President etc. was by US law audited every 1-2 years by an independent agency.
Imagine what would happen if those audits extended to all family members of such ‘elected’ official?
Would D’s continue to push for Foreign Aid to other C’s vs. the Homeland?
What happens when the kickbacks dry up?
M. Waters $4mm House?
N. Pelosi net worth $150mm+?
J. Biden son/brother net worth tens of millions?
Clinton family $200mm+ (pre election of BC less than $1mm)?
Obama family $40mm+ (pre election less than $1mm)?
Disguised under book deals?
………….
Those who take are offered more powerful positions within the party (controlled).
DRAIN THE SWAMP.
Q

Elizabeth Warren Drops Out Of US Presidential Race

A partial transcript is as follows:

RACHEL MADDOW: If, at the end of the day, it turns out that Vice President Biden is going to have more delegates than you do heading into the convention, will you drop out?

SEN. BERNIE SANDERS: Of course I’m gonna drop out; he will win. I mean, I suspect, we will run through the process, and I think people have a right to vote. But if Biden walks into the convention, or at the end of the process has more votes than me, he’s the winner.

1.What if [D] candidates were instructed to drop out of the race? -> Delegates flow to Biden

2. What if Biden becomes mentally ill on the campaign trail?

3. What if another candidate was waiting in the shadows [MO]

4. What if the shadow candidate enters the presidential race

5. What if Biden drops out and sends all delegates to the shadow candidate [MO]

6. What if [HRC] enters the race as the VP for shadow candidate [MO]

This is the man that the DNC corporate overlords have declared has the intellect and stamina to beat @realDonaldTrump in 2020.
Listen to this man.
Listen to him.
This man.
Joe Biden.
These bananas clips are *only* from his 2020 campaign trail.
He is not well.
Democrats are doomed pic.twitter.com/saX9SIWfNy

Resignations: Public Being Sheltered From the Full Extent of Their Crimes

Are they going to continue to hide behind Sexual misconduct or will the truth come out?

One thought on “It Will Happen On The Patriots Timeline, Think Logically, Who Holds All The Cards? – Episode 2114”