Ep 2557a – The [CB] Is Trying Everything To Keep Economic Control, The Fuse Has Been Lit

The [CB] is now doing everything they can to control the economic narrative. The people are not listening, they are not following what they want. Trump has laid the trap and now the people are going to see this first hand. The [DS] fell right into what the patriots wanted, they laid the ground work and the [DS] did exactly what they thought they would do. Now the people can see it all and they will see much more. World leaders are now angry at [JB] and the puppet masters, the world is turning against them. Devolution is now in play, CM tells everyone that one day people will no the full story of what was planned. This will be the shot heard around the world, it will be a week to remember.

TAKE A LISTEN TO TRUMP

why did he pull all U.S forces (including counterterrorism forces) out of the country?

You can paint the picture based solely on the questions asked.
Be vigilant today and expect a major false flag.
Does anyone find it to be a coincidence there is always a terrorist attack when bad news breaks for the D’s?
What is that called?
Military relevant how?
BO could not and would not allow the military to destroy ISIS – why?
How was ISIS formed?
When?
How has POTUS made such progress in the short time he’s been President?
Alice & Wonderland.

The US citizens stuck in Afghanistan will be forced to pay for their flights back to America. According to the State Department, flights can be “$2,000 or more” I wonder how much the thousands of Afghanis had to pay to be flown on US-Taxpayer funded aircraft?

BREAKING: Biden administration considering launching airstrikes on equipment left behind by US troops in Afghanistan – @Axios

Yesterday, the White House said that Joe Biden has not taken any calls with world leaders in regards to Afghanistan.

Justin Trudeau stated that he spoke with Hillary Clinton yesterday about Afghanistan.

What is going on? Why is the US President not taking calls but Hillary is? pic.twitter.com/nFn4t97M2K

Nicole Kidman has been allowed to skip quarantine to film a TV series despite having been in virus-ravaged Sydney, and people aren’t thrilled.

Under normal conditions in stores, classrooms and offices, exhaled breath particles disperse, carried by air currents and, depending on the ventilation system, are replaced by fresh air roughly every 15 to 30 minutes. But erecting plastic barriers can change air flow in a room, disrupt normal ventilation and create “dead zones,” where viral aerosol particles can build up and become highly concentrated. -NYT

Ivermectin, a potential anticancer drug derived from an antiparasitic drug

Ivermectin effectively suppresses the proliferation and metastasis of cancer cells and promotes cancer cell death at doses that are nontoxic to normal cells.

Ivermectin combined with other chemotherapy drugs or targeted drugs has powerful effects on cancer.

The structure of crosstalk centered on PAK1 kinase reveals the mechanism by which ivermectin regulates multiple signaling pathways.

Ivermectin has been used to treat parasitic diseases in humans for many years and can quickly enter clinical trials for the treatment of tumors.

Q, how long will we have to wait for the cures of cancer and other sicknesses?
>>342919
Chatter amongst those in control has begun.
They know we know which means the public will know.
Release prior to cover up.
Public informed and collapse.
Which option?
Q

Sweden’s 7-day average COVID deaths have been at ZERO for about a month now.

I feel like its only a matter of time before the very existence of a place called Sweden is scrubbed from the internet. pic.twitter.com/O3ivyGmpvp 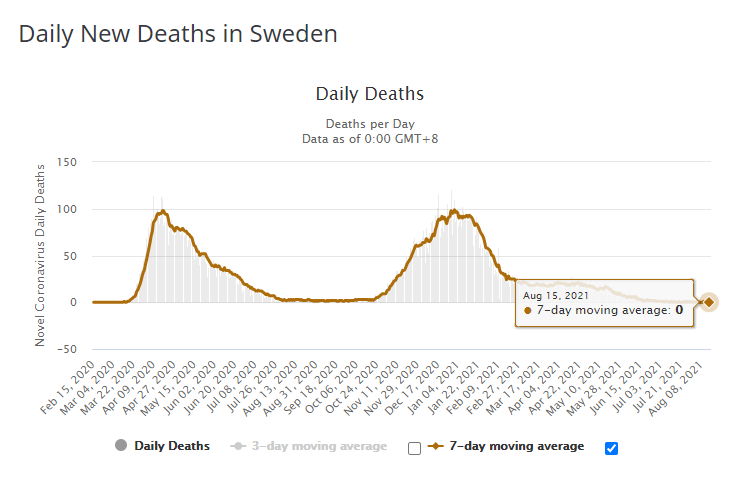 This Colorado Springs father denounces critical race theory and says that “racism in America would be dead today if not for certain people and institutions keeping it on life support”—including public education.

Following his testimony, the school board voted 3-2 to ban CRT. pic.twitter.com/sK1TLS69MQ

JUST IN – Capitol Police officer who shot and killed Ashli Babbitt during the January 6 riot at the U.S. Capitol has been formally exonerated (NBC)

Capitol police are not regular police, who controls them, NP, are they subject to the same rules, no, can you request to see docs using the FOIA, no

Before taking a victory lap here, understand what the feds are doing with this admission…

This Fed announcement is 100% about the FBI getting an excuse to justify kneecapping their “investigations” into militia leadershiphttps://t.co/oaP4xnjd0r

The game you’re watching isn’t the game being played.

Today’s narrative change is ALL about protecting FBI assets in militia groups who animated the acuity of criminality on J6.

But they’re definitely telling the truth about the election results 🤣

“This is for America!” QAnon Believer Admits To Paintball Attack on U.S. Servicemembers at Reserve Center – https://t.co/eMc0RTGQUS pic.twitter.com/ae0S8ambqH 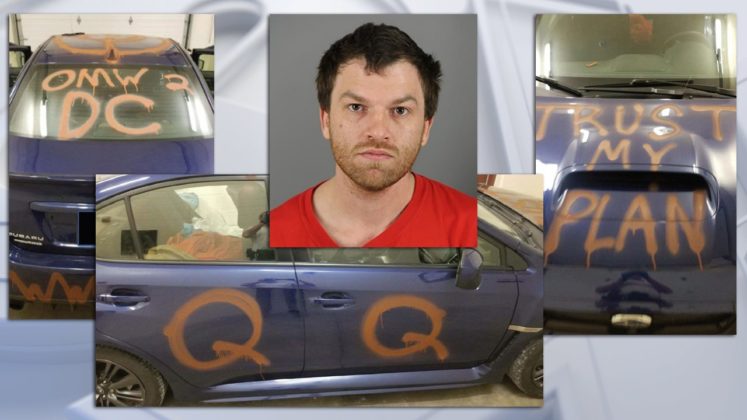 “Great news gang,” AbcdentMinded said, “remember that rambling guy who said he’d been given a bomb and ‘chosen’ for his mission, who had a vague impression of multiple other accomplices hiding nearby with bombs of their own? They got him! And it wasn’t a bomb after all. The counter-terrorists win 🎉🎉🎉.”

…Roseberry’s ex-wife told the media on Thursday that “he’s always been mentally unstable, volatile” and was diagnosed with bipolar disorder and put on medication.