Confirmed, the [CB] is pushing their agenda with CBDC to control the people, they will be able to turn it off and on for people, block people. This is part of their system, this is why they are trying to reverse the economic structure that Trump built. Countermeasures are in place. The [DS] is panicking, the audit in Arizona is continuing. But they will try to block the information from reaching the people. They already started. Watch the MSM/Fake News/[DS] begin to block all information. The truth will not be stopped, the people are the force, the people will demand justice. During the audit they are using light to see fold marks, judgement day is coming. Ep 2461b – Light Will Destroy The Invisible Enemy, If One Falls They All Fall, Judgement Day Ep 2461a – Confirmed, The [CB] Wants Full Control Of The Currency, Countermeasures In Place

Obamanomics vs MAGAnomics – Biden Tax Plan is Part of Intentional Effort to Force The U.S. into a Service Driven Economy, Again

“We support reinstating the Glass-Steagall Act of 1933 which prohibits commercial banks from engaging in high-risk investment,” said the platform released by the Republican National Committee. (link) Kamala Harris may be AWOL as ‘border czar,’ but her children’s book is included in welcome kits being given to illegal alien kids

They have been predicting disasters that never came to be to get your money for decades!

Kim Jong-un of North Korea, who I have gotten to know (and like) under the most trying of circumstances, never respected the current President of South Korea, Moon Jae-in. I was always the one who stopped the aggression toward the South, but unfortunately for them, I am no longer there. President Moon was weak as a leader and as a negotiator, except when it came to the continued, long term military ripoff of the USA (as is the case with many other countries we protect!). We were treated like fools for decades, however, I got them to pay billions of dollars more for the military protection and services we render. The Biden Administration is not even going to ask for the additional billions South Korea agreed to pay us. All the USA now wants is a simple cost of living increase of 1% on the money I raised from them. The South Koreans are laughing all the way to the bank. Fortunately, before leaving office, I was able to make a new and FAR BETTER Trade Deal than what was in place. The deal will lead to billions of dollars in profits for the Great Farmers and Manufacturers of our Country!

NOTHING TO SEE HERE…

Bless your heart if you think factcheck .org is an unbiased source of vaccine information pic.twitter.com/Ijq3sojHmV 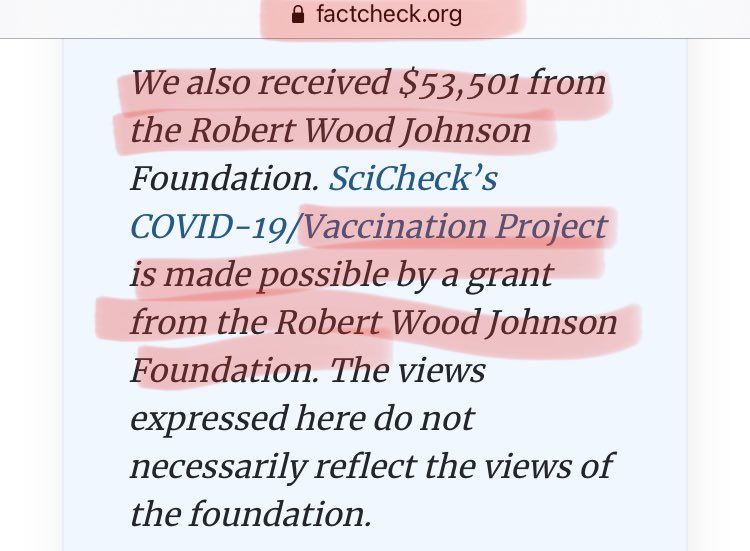 After Paypal suspended payments to the Arizona Rangers for their support of the Maricopa audit, they set up a GoFundMe page.

‘That is a campaign violation,’ said Trump, describing Project Veritas’ work as ‘incredible’.

‘What they are doing is a massive campaign violation. When you look at what they did.’

The CNN director also admitted the network made Biden look like a “young geriatric” with his aviator shades.

‘Our Focus Was to Get Trump Out of Office’ … ‘I Came to CNN Because I Wanted to Be a Part of That,’ CNN Technical Director Charlie Chester said. “Look what we did! We got Trump out!”

Let me explain why the establishment is so terrified of the ongoing audit.

This is the first audit of its kind in the history of US elections.

One of the chief employees at the EAC is a former 10-year executive of Dominion Voting Systems.

Pro V&V and SLI Compliance like Dominion Voting Systems and Smartmatic are all members of CISA’s Sector Coordinating Council.

The same council that issued the “most secure election in American history” statement shortly after the election on Nov. 12th.

The testing from Pro V&V and SLI Compliance had been characterized as “superficial” and “cursory testing” by election security experts.

This is an unprecedented thorough audit of an election. From the voter rolls to the physical paper ballots and through the entire electronic voting system.

Everything will be audited under one all-encompassing audit by individuals not associated with the government or voting machine companies.

Instead of a “superficial” testing of the machines or hand recounts that just run the same printed ballot images through scanners, this will be the first thorough independent audit of a US election in modern history.

For those of you that know the backstory to this photo also note Dan started that last line with an exclamation point. Just like a tripcode…

MORE: Not only do I recognize the exclamation point on the line of hashtags looks like how a tripcode looks (begins with an exclamation point) when posted, but also in order to input your tripcode on the chans you would need to first type the pound symbol. (hashtag symbol)

Now that I think about it more, for the tripcode Q used one would have to put 3 pound signs in before your password…

I believe it is beyond mathematical probability for it all to just be a coincidence. 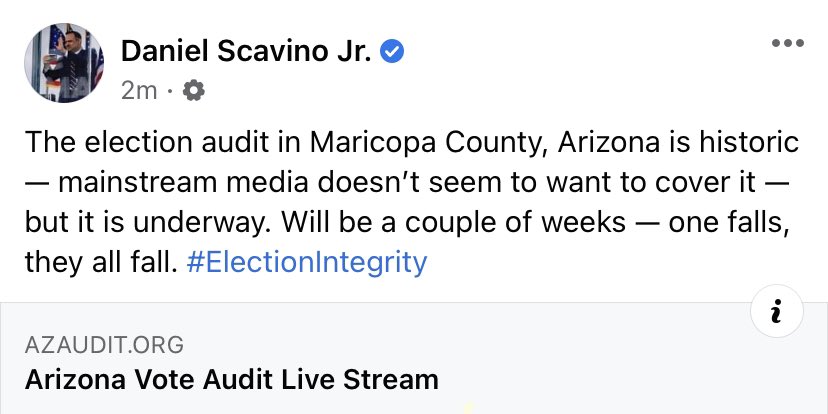 10 thoughts on “Light Will Destroy The Invisible Enemy, If One Falls They All Fall, Judgement Day – Ep. 2461”