The economy has been primed and we can see from other countries that once businesses open up and they are full capacity the economy will bounce back quickly. Watch gold, it is now moving up quickly. New home sales smash expectations, the V economy is now complete in housing. Trump drops the hammer on other countries, funding is being cut off. The [DS]/MSM is now struggling with events, they are now be called out and people are waking up quickly. Trump decided to cancel the convention in FL, watch what happens next. More declass info has been dripped out, treason, sedition arrests are coming soon. The message is clear, the silent majority is ready to stand up, flags out, message received, thats a-lot of flags.

Precious metals prices are once again on the rise this morning with spot gold prices back above $1900...

Silver is rising too but less so for now, stabilizing after its breathless surge this week…

On a year-over-year basis, new homes sold by region is shocking…

The V-shaped recovery in new home sales is complete…

Great job by @elonmusk in agreeing to build, in TEXAS, what is expected to be the largest auto plant anywhere in the world. He kept his word to me. Texas & @Tesla are big winners. MADE IN THE USA!

POTUS will no longer allow the U.S to subsidize the costs of socialized health care in countries like Canada and Germany.

On 2/19/19, I filed $250M defamation lawsuit against Washington Post. Today, I turned 18 & WaPo settled my lawsuit. Thanks to @ToddMcMurtry & @LLinWood for their advocacy. Thanks to my family & millions of you who have stood your ground by supporting me. I still have more to do.

We have settled with WAPO and CNN.

The Suburban Housewives of America must read this article. Biden will destroy your neighborhood and your American Dream. I will preserve it, and make it even better! https://t.co/1NzbR57Oe6

President @realDonaldTrump and I agree that the best run communities are the ones run locally. Today, we are tearing down the Obama Administration’s Affirmatively Furthering Fair Housing rule, which was an overreach of unelected Washington bureaucrats into local communities.

The AFFH rule was a ruse for social engineering under the guise of desegregation, essentially turning @HUDgov into a national zoning board.

Furthermore, the funding subject to the AFFH rule has been misused and abused for decades as slush funds for pet projects and causes ranging from an entertainment venue to a splash park and Planned Parenthood funding.

I am unwavering in my commitment to fair housing — when I arrived at @HUDgov we had a disappointingly HUGE backlog of fair housing complaints that the Obama Admin had forgotten about. From January 2017 to present, we have successfully resolved 22,933 cases.

In the @realDonaldTrump Administration, NO ONE WILL BE FORGOTTEN.

What DOCUMENTS would the Chinese Consulate in Houston be burning?

Hey Dr. Fauci should we wear the mask and keep 6 feet distance from each other or not?

“We look forward to hearing from the Mayor soon and hope that he will grant us the same permissions granted to BLM,” Kremer continued. “Should he not grant Women for America First permission, we immediately file a lawsuit against Mayor de Blosio and the City of New York.”

“Working with lawyers across the country to file lawsuits against BLM for the damage and destruction they’ve caused to persons and property. If you or someone you know has been injured or their property destroyed because of the riots incited by BLM, please reachout!

Kaleighy giving a news conference and she showed the antifa and the violence during the riots, most MSM stations decided to cut away,

I spoke to highly respected (Chairman) Senator @JimInhofe, who has informed me that he WILL NOT be changing the names of our great Military Bases and Forts, places from which we won two World Wars (and more!). Like me, Jim is not a believer in “Cancel Culture”.

Pientka briefed for about 13 minutes, and then writes, “During the ODNI briefs, writer actively listened for topics or questions regarding the Russian Federation.” @CBSNews pic.twitter.com/jrYE3xchiV

Questioned by IG, Strzok dismissed the texts were evidence of bias, saying he did not take “any steps to try to affect the outcome” of the 2016 Presidential election, Clinton email for mishandling classified information or Russia probe.@CBSNews pic.twitter.com/1yZdO89hNw

Clinesmith: fired from the FBI for altering evidence, under criminal investigation.

Strzok: fired from the FBI, **presumably** under criminal investigation.

Pientka: a **HUMAN GHOST** at the center of the BIGGEST POLITICAL SCANDAL IN US HISTORY.

Being told that Peter Strozk is talking with investigators

“re Durham indictments, there will be a small number, but they will send SHOCK WAVES throughout the political world. Timing will be Labor Day”

How low has President Obama gone to tapp my phones during the very sacred election process. This is Nixon/Watergate. Bad (or sick) guy! 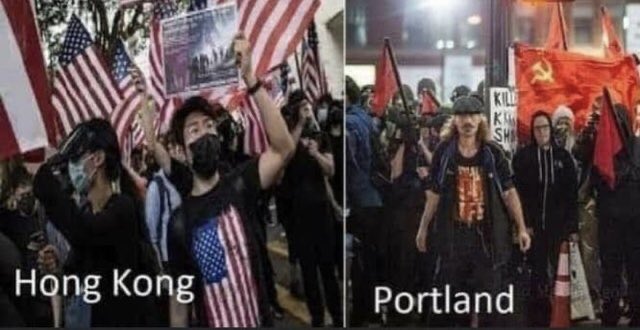 Trump talking about drug prices, he is slashing them, look at the flags.