The patriots have now sent a message, the target is the [CB]. This will be the battle of battles. Trump has Andrew Jackson hanging on this wall to let the people know that he will be going after the [CB] establishment and the economy will be returned to the people. The [DS]/MSM have now fallen right into the patriots trap. There is no escape from this, they will be forced to use the constitution no matter which way you look at the situation. DS sent three pics letting us know the direction the patriots are going in, the patriots will defeat fascism, the [CB], and the infiltration from within. A new birth of freedom is coming through the rule of law. Ep 2357b – Message Received, Rule Of Law, Insurrection, A New Birth Of Freedom DE BLASIO: “I’d like to say very bluntly: our mission is to redistribute wealth.” pic.twitter.com/bX6KaEKuWg 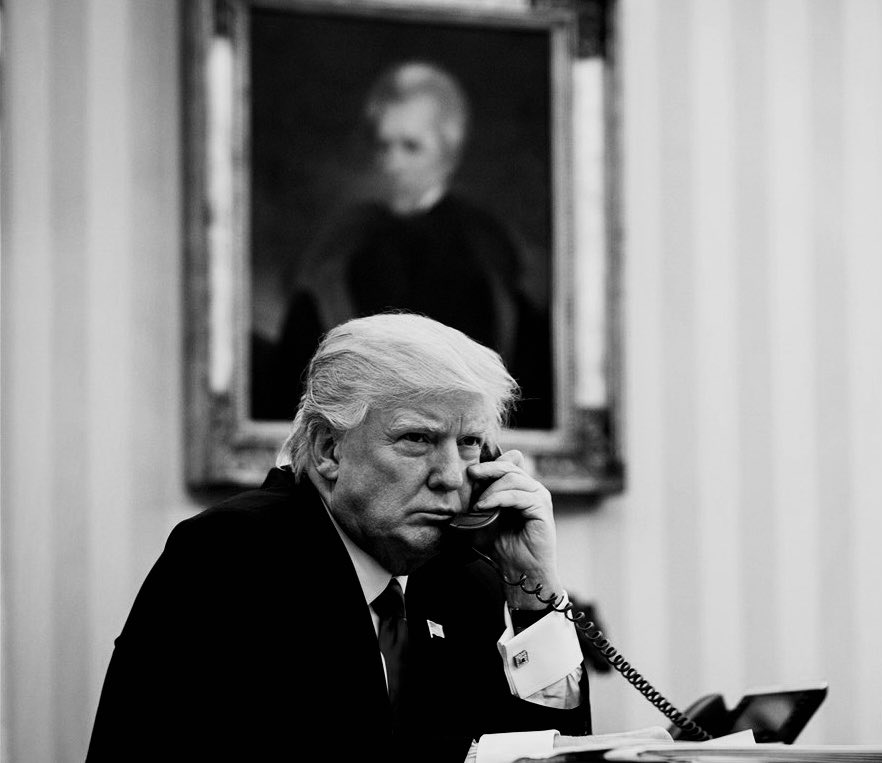 Peter Navarro releases 36-page report alleging election fraud ‘more than sufficient’ to swing victory to Trump https://t.co/D8KrMHnFdK. A great report by Peter. Statistically impossible to have lost the 2020 Election. Big protest in D.C. on January 6th. Be there, will be wild! 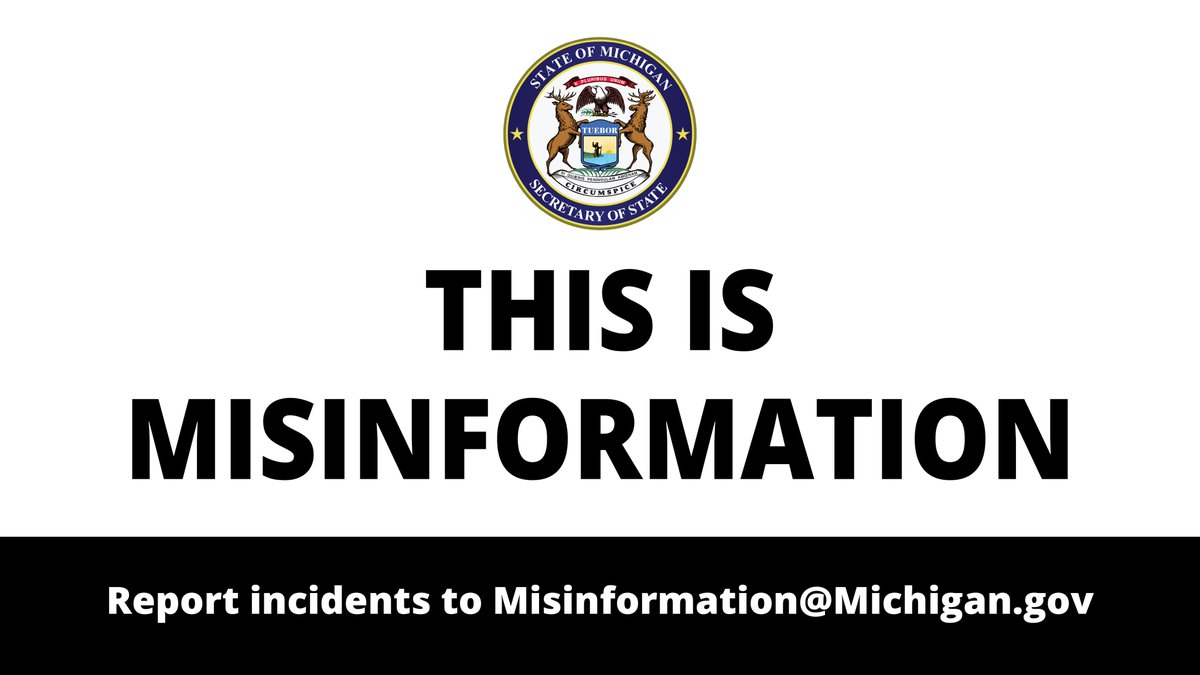 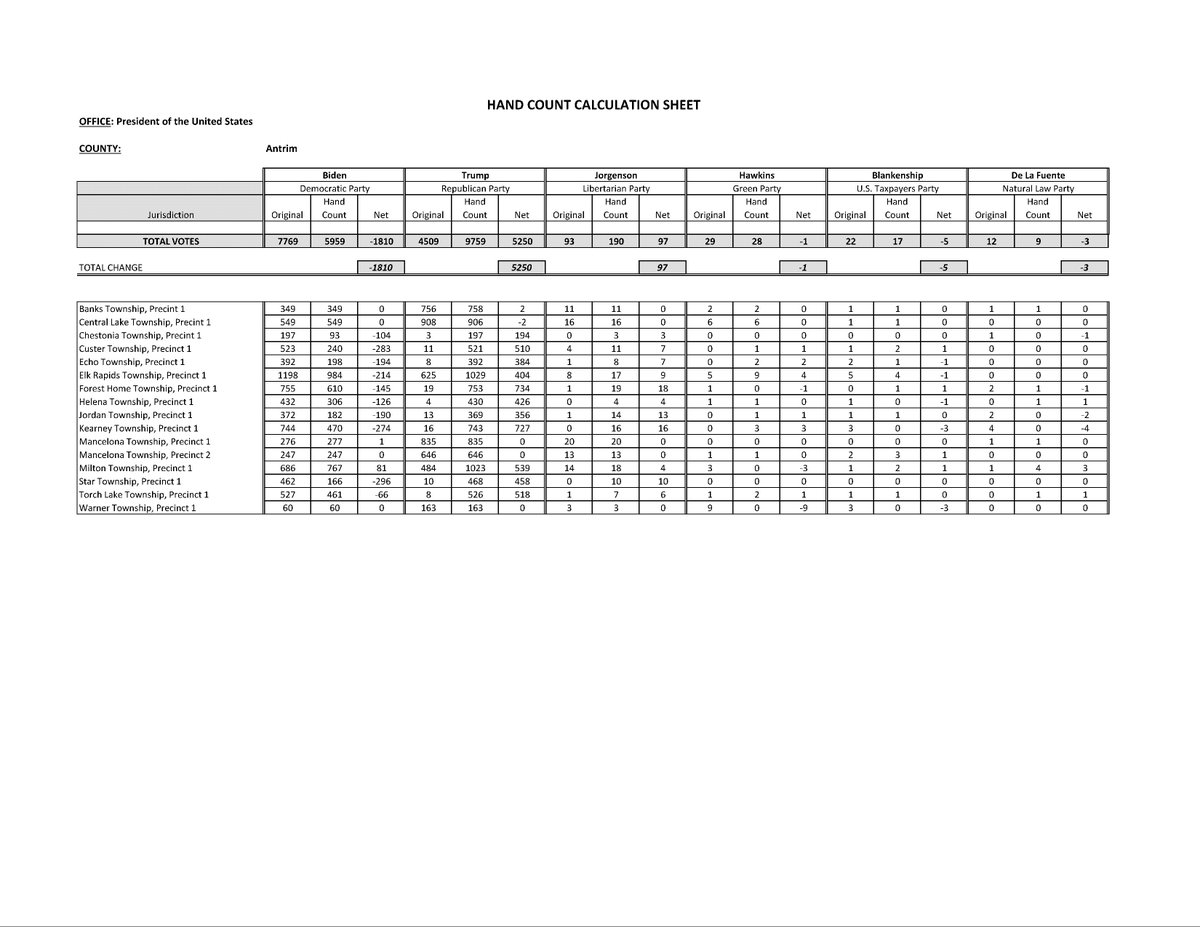 The Cyber Hack is far greater in the Fake News Media than in actuality. I have been fully briefed and everything is well under control. Russia, Russia, Russia is the priority chant when anything happens because Lamestream is, for mostly financial reasons, petrified of….

….discussing the possibility that it may be China (it may!). There could also have been a hit on our ridiculous voting machines during the election, which is now obvious that I won big, making it an even more corrupted embarrassment for the USA. @DNI_Ratcliffe @SecPompeo

Biden was being interviewed by Stephen Colbert

He didn’t win the Election. He lost all 6 Swing States, by a lot. They then dumped hundreds of thousands of votes in each one, and got caught. Now Republican politicians have to fight so that their great victory is not stolen. Don’t be weak fools! https://t.co/d9Bgu8XPIj

The lie of the year is that Joe Biden won! Christina Bobb @OANN

GREATEST ELECTION FRAUD IN THE HISTORY OF OUR COUNTRY!!!

The summary of the plan in a minute.. https://t.co/dDRf45NkD1

tAKE A LISTEN TO THE VIDEO

This denial not provided nor fact Page had supported CIA work. FBI lawyer pleaded guilty to altering CIA email in 2017 to falsely state Page was not a source to secure final FISA. Clinesmith sentencing Jan 2021 Texts via @ChuckGrassley + @SenRonJohnson https://t.co/EtRfe2r1Ih

The media is now trying to spin “loneliness” as a positive thing . This is sick. Feelings of loneliness are directly tied to suicidal behavior

Areas currently in tier 3 in south-east England, including London, will enter tier 4 from tomorrow morning

We don’t want to have lockdowns. The cure cannot be worse than the problem itself! https://t.co/sHBJfG9T8X

It’s pretty incredible to consider that right now governments are like “in order to keep you safe, we need to impoverish you, imprison you, force mask and vaccinate you, plus separate you from your family” and there are millions of people out there that are just like “okay!”

Oh! And we also need to control the flow of all information you receive. For “safety”.

People reach the precipice at different times, some have already reached the precipice of destruction, others still believe that they are doing the right thing and following instruction, but there will be something the [DS] will says where the people will say, no this isn’t right, this makes no sense,

Remember there are less than 10 that most likely no his true plans, a lot of what we are seeing is to keep the MSM the [DS] busy, while Trump push forward with their true plan, clues will be provided a long the way. 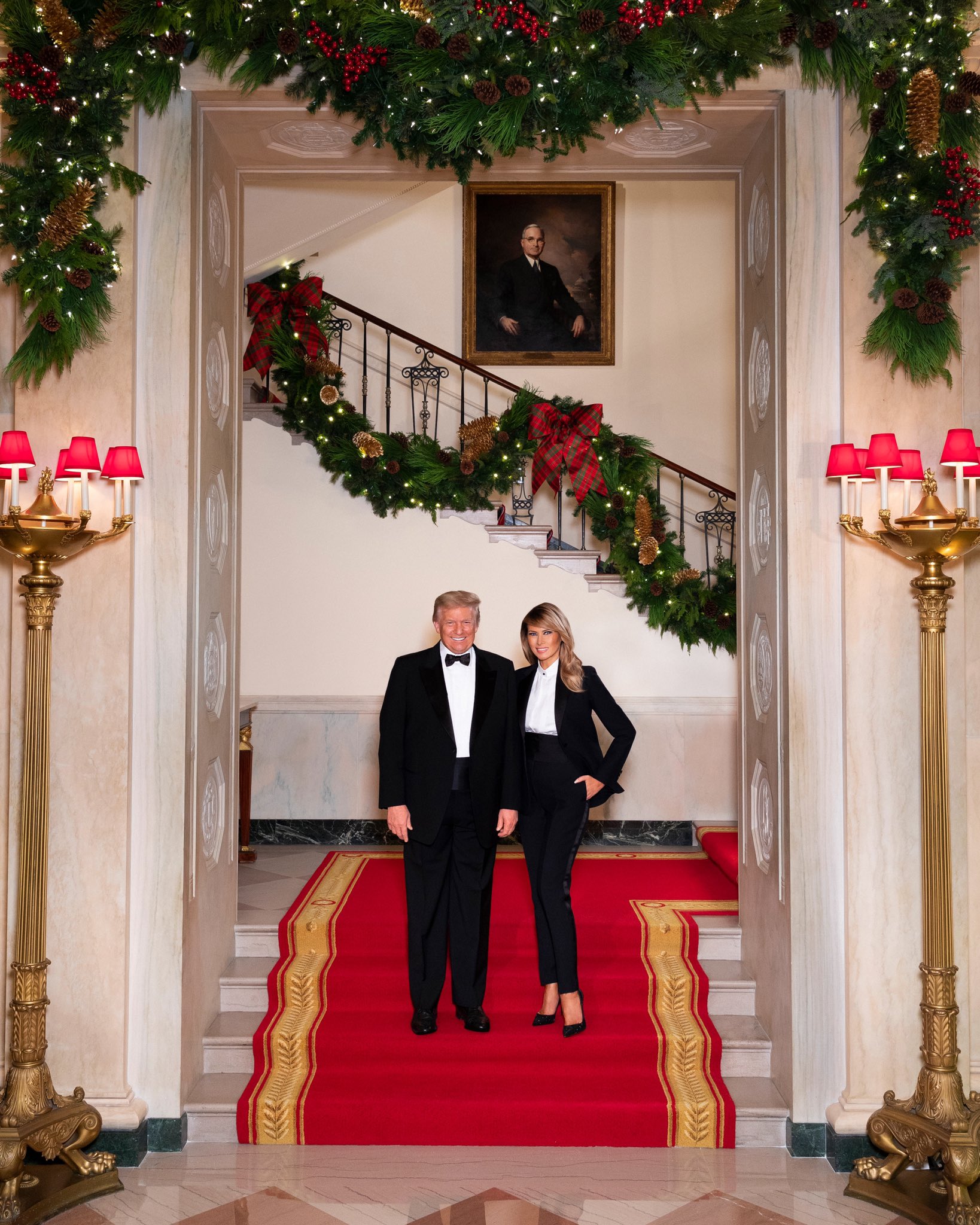 On election night, this earlier press deadline required the first post-election issue of the Tribune to go to press before states had reported most of the results from the polling places.

The paper relied on its veteran Washington correspondent and political analyst, Arthur Sears Henning, who had predicted the winner in four of the five presidential contests since 1928. As conventional wisdom, supported by various polls, was almost unanimous that Dewey would win the election by a landslide, the first (one-star) edition of the Tribune therefore went to press with the banner headline “DEWEY DEFEATS TRUMAN”.[1]

“Dewey Defeats Truman” was an incorrect banner headline on the front page of the Chicago Daily Tribune (later Chicago Tribune) on November 3, 1948, the day after incumbent United States president Harry S. Truman won an upset victory over Republican challenger and New York governor Thomas E. Dewey in the 1948 presidential election. It was famously held up by Truman at a public appearance following his successful election, smiling triumphantly at the error. 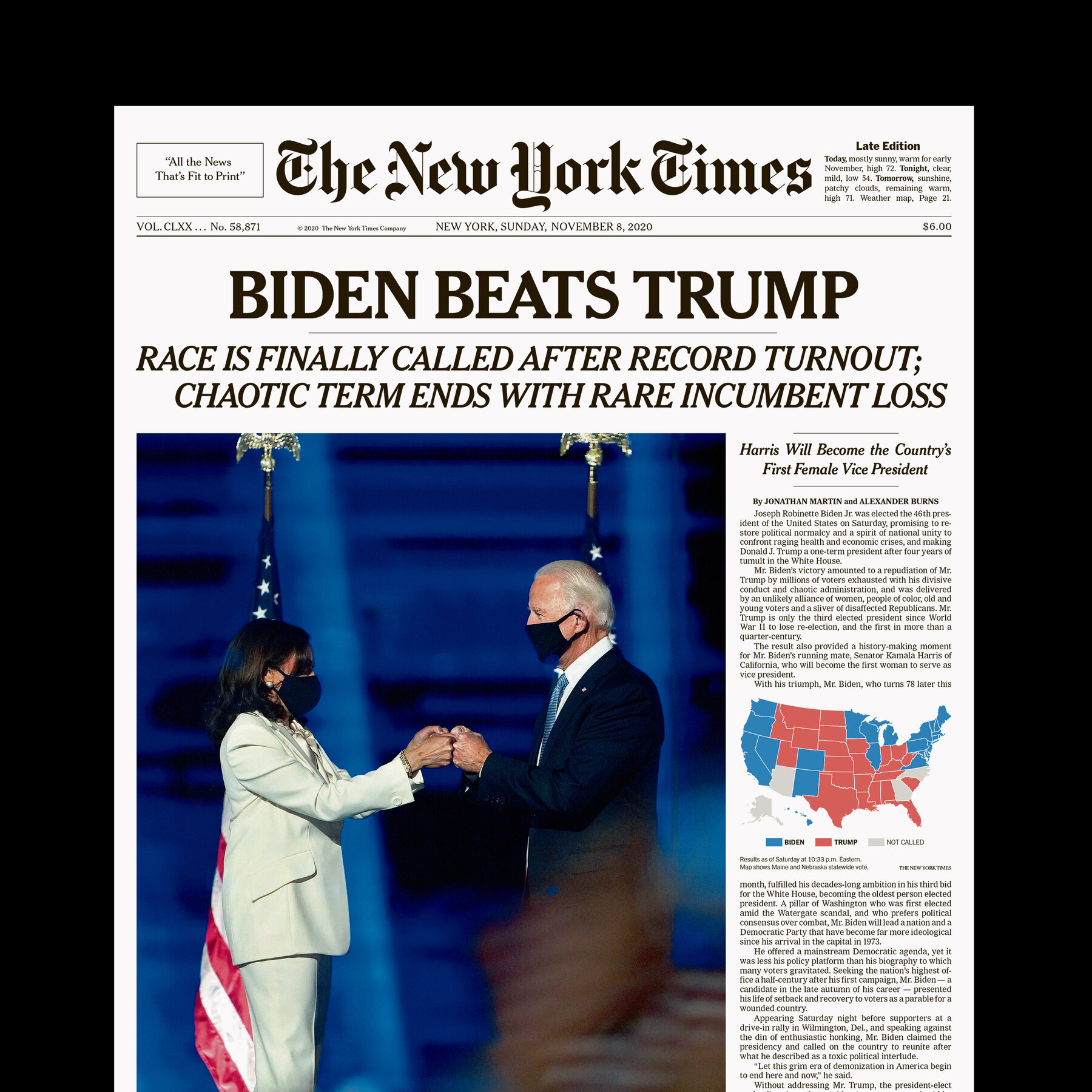 “I was born for the storm, and a calm does not suit me.” 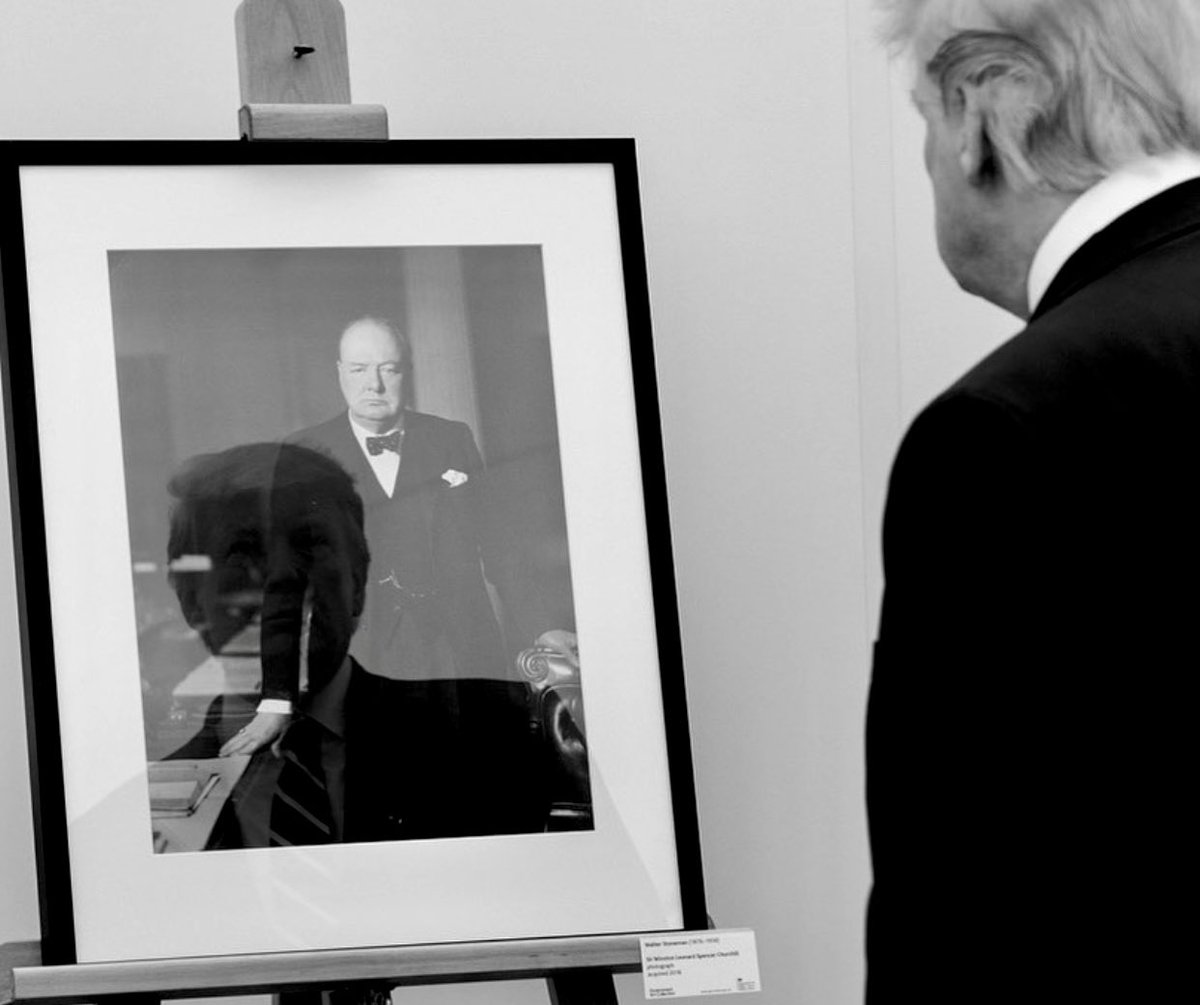 2381
Q !!mG7VJxZNCI 10/09/2018 21:42:13 ID:
Archive Bread/Post Links: 62 / 373
Direct Link: 373
How do you ensure those prosecuted [non military] would receive an impartial judgement based on the RULE OF LAW?
Think Federal Judge rulings [obstruction] [POTUS’ granted CONSTITUTIONAL authority].
How do you ensure ‘appeals’ to the U.S. Supreme Court are evaluated impartially > based on the RULE OF LAW?
Think Justice K (5 to 4).
Military Law v Criminal Law
“Enemy Combatant”
How do you navigate around installed BLOCKADE?How do you REMOVE installed BLOCKADE?
DECLAS—DECLAS—DECLASQ

Who controls the NG?
Why was the NG recently activated in select cities within the US?
Can the NG work in coordination w/ the marines?
Do conditions need to be satisfied to authorize?
What former President used the military to save the republic and what occurred exactly?
Biggest drop to ever be provided on Pol. Study and prepare. The masses tend to panic in such situations. No war. No civil unrest. Clean and swift.
Which means no martial law

Black Lives Matter leader states, “If U.S. doesn’t give us what we want, then we will burn down this system and replace it”. This is Treason, Sedition, Insurrection!

Martial Law is where the military takes over civilian government to include civilian courts as well as implementing military law. Insurrection act allows the military to work WITH civilian systems and government. They CAN fully take over but don’t have to and can do so In part.
INSURRECTION ACT OF 1807. Martial Law was never the plan, we are dealing with an Insurgency.  We The People are the Counterinsurgency
Enforce the Constitution, not override it.
3900
Q !!Hs1Jq13jV6 03/26/2020 13:07:19 ID: 030019
Archive Bread/Post Links: 8572434 / 8572837
Direct Link: 8572837
Image Name: 90.jpg
Filename: 1ffd0a96aaaf1a24cebbf0be49d6fae53fd8581d20d9b335616a8ec0f9ad55bf.jpg
https://www.nytimes.com/1863/09/16/archives/presidents-proclamation-the-habeas-corpus-suspended-throughout-the.html
2381.Treason.
2382.Misprision of treason.
2383.Rebellion or insurrection.
2384.Seditious conspiracy.
2385.Advocating overthrow of Government.
2386.Registration of certain organizations.
2387.Activities affecting armed forces generally.
2388.Activities affecting armed forces during war.
2389.Recruiting for service against United States.
2390.Enlistment to serve against United States.
https://uscode.house.gov/view.xhtml?path=/[email protected]/part1/chapter115&edition=prelim

Executive Order—Arrest and Imprisonment of Irresponsible Newspaper Reporters and Editors

By the President of the United States of America
A Proclamation

Why did Lincoln suspend habeas corpus and call for martial law?
On April 27, 1861, Lincoln suspended the writ of habeas corpus between Washington, D.C., and Philadelphia to give military authorities the necessary power to silence dissenters and rebels. Under this order, commanders could arrest and detain individuals who were deemed threatening to military operations.

Image Name: largest_flying_flag_in_america.jpg
Filename: ff7cc2f6948249459aec737c0848d47dbb8d525e11772060f4fe33fd1b58fad3.jpg
https://www.youtube.com/watch?v=9tjdswqGGVg&list=PLr4E97YzUfEMIr23hzOBmk9mg-z8TDOXj
that this nation, under God, shall have a new birth of freedom and that government of the people, by the people, for the people, shall not perish from the earth. – Abraham Lincoln Nov 1863
Together we win.
Q