The EU thought they had BJ cornered it turns out that it is the other way around. The economic landscape is now changing, the trade deals are being made and congress needs to vote on the USMCA. Trump has made new trade deals to help the American farmers and to prepare the economy for the transition. Team Trump tweeted out and it included the word Gold Standard. Is this a message to the people. Right on schedule the Fed announces QE4. The [DS] is pushing their agenda hard, they know impeachment is a dead end but they cannot stop. The entire whistleblower case is falling apart, the attempts to change the rules is coming back to haunt them and the people are seeing through all this. Trump and the patriots signal that the storm has arrived and the harvest can begin.

The Trump and the patriots are changing the economic landscape, they still need the do nothing congress to vote on the USMCA, which they have not done, meanwhile Trump and the patriots are making trade deals around the globe to prepare for the economic transition, while the trump administration was tweeting about the trade deals with Japan something very interesting was in the message, we will be talking about that in a little later in this report but first, The EU is getting frustrated with Boris Johnson, Donald Tusk the President of the European council tweeted out the following

. What appears to be a chaotic strategy has the sole purpose to demonstrate that he is doing his best to deliver Brexit.

Now here in the US Trump signed a trade deals with Japan, South Korea, Mexico and Canada, the problem is that congress needs to pass the USMCA. Team Trump tweeted out the following

He’s made fairer trade deals with:

No more taking advantage of the United States! 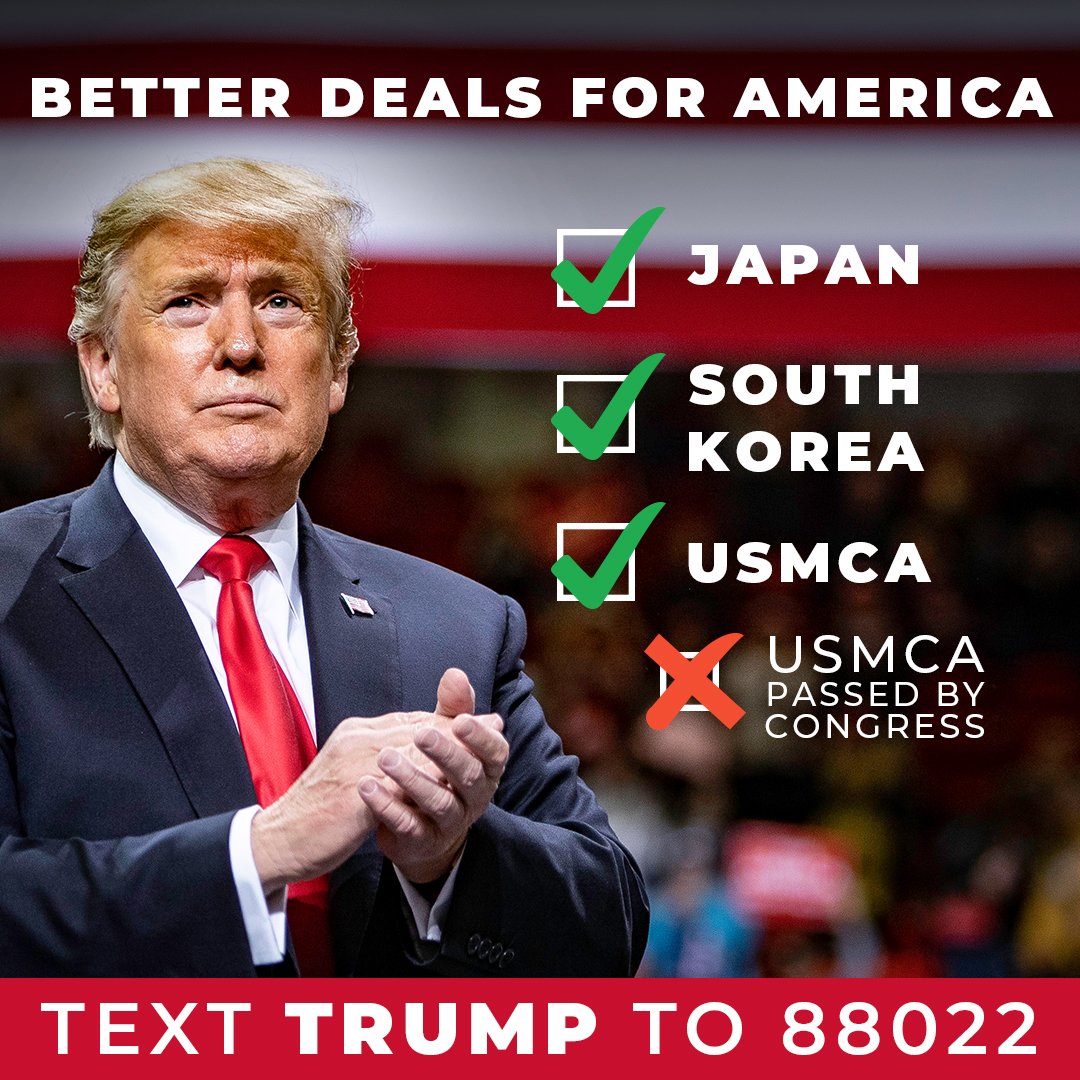 So congress once again is doing nothing, the reason Trump needs this completed is because the trade deals are needed for the Transition once we leave the [CB] system, will no longer be dependent on the petro dollar and countries around the world will no longer need to keep the fed note in their reserves which means they will not by goods by trading in the their fed notes, we will need equal trade.

When trump was signing the trade deal with Japan , Team Trump tweeted out something every interesting,

1️⃣ Will allow better access for approx. 90% of U.S. agricultural exports to Japan.

adding reserves to the system on a permanent basis via permanent open market operations, i.e., bond purchases, is Quantitative Easing. the US has facing an avalanche of debt issuance and with China and Japan barely able to keep up, someone has to buy this debt. That someone: the Fed.

Time is ticking down for the [DS], Trump has gathered the people together and sent a message out to the people, the message is that the storm is here, Devin Nunes lets us know that it is time to harvest, but the MSM is calling Barr and Durham investigation a conspiracy theory, the DS/MSM are panicking, impeachment is not going to work, the case is falling apart, and the more they push the worse its getting, the MSM wants us to believe that people are on board with impeachment, but the people see through all of there lies,  the storm is hitting and it will cause destruction in its path, we will be talking about this a little later in this report, but first Elizabeth Warren is getting caught in her lies.

Elizabeth Warren’s Story About Getting Fired For Being “Visibly Pregnant” Unravels After Documents, Video Emerge

Warren’s claim about her dismissal from the Riverdale Elementary School came under scrutiny last week when the journalist Meagan Day of Jacobin magazine noted that Warren’s story appeared to have changed over the years. Day pointed to a 2007 interview Warren gave at the University of California-Berkeley in which she suggested that she left her teaching job after realizing the graduate school classes required for her to obtain a teaching certificate weren’t going to “work out for [her].” –Free Beacon

Minutes of an April 21, 1971, Riverdale Board of Education meeting  show that the board voted unanimously on a motion to extend Warren a “2nd year” contract for a two-days-per-week teaching job. That job is similar to the one she held the previous year, her first year of teaching. Minutes from a board meeting held two months later, on June 16, 1971, indicate that Warren’s resignation was “accepted with regret.“

I think that Crooked Hillary Clinton should enter the race to try and steal it away from Uber Left Elizabeth Warren. Only one condition. The Crooked one must explain all of her high crimes and misdemeanors including how & why she deleted 33,000 Emails AFTER getting “C” Subpoena!

Don’t tempt me. Do your job.

Since we are on the subject of HRC, we come to find out that

EXCLUSIVE: Newly Released FBI Document Dump Shows Hillary Had Two IPads But Only Turned Over One to FBI!

document dump released late last week, we now know that one of Hillary’s iPad’s was not provided to the FBI.  One document shows notes from an FBI agent during an apparent interview with former Hillary aid Monica Hanley.  In the notes Monica Hanley was the recipient of Clinton’s old iPad. She used it for a year. She ‘thinks’ she wiped the iPad before she got it, but the iPad was still showing up as being Clinton’s iPad – Remember when Hillary Clinton said no President would seek help from foreign gov’t in election,

We are now seeing the [DS] players start to point fingers at each other.

Take a listen to clapper

It is all starting to fall apart and the DS players will start to turn on each other as the patriots intensify the investigations. The Bidens have their own trouble to deal with, actually the majority of Americans

Majority Of Americans Think Bidens Should Be Investigated Over Ukraine, China Dealings

Should DOJ investigate Joe Biden and his son regarding Ukraine and China?
Yes 57%
No 37% 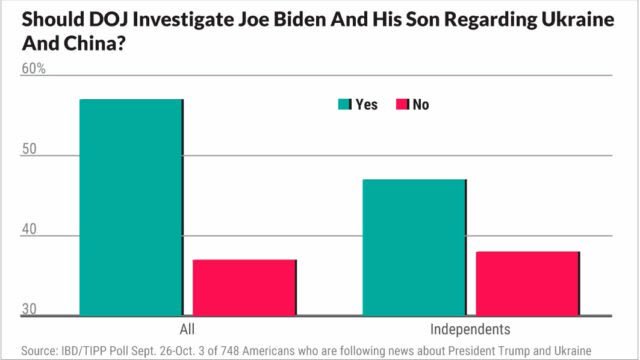 Source: zerohedge.com’
The DS is pushing the impeachment process hard, they can’t stop the lie, they are continually moving forward without a vote and sending fake subpoenas, the DS just orders EU Ambassador to testify and the State Department said no.

I would love to send Ambassador Sondland, a really good man and great American, to testify, but unfortunately he would be testifying before a totally compromised kangaroo court, where Republican’s rights have been taken away, and true facts are not allowed out for the public….

….to see. Importantly, Ambassador Sondland’s tweet, which few report, stated, “I believe you are incorrect about President Trump’s intentions. The President has been crystal clear: no quid pro quo’s of any kind.” That says it ALL!

Now we find out that Pelosi and Schiff updated In footnotes on page 6 of the memo, it clearly states the actions taken by Congress allowing the President’s counsel to respond to impeachment the presentation of information in the impeachment.  This was the case with Nixon and Clinton, but not now, not for President Trump – This was a pre planned coup,

Now we know the whistelblower forms were changed, they were back dated to fit the plan that the DS created and now It seems that the ICIG is being called out on backdating the whistleblower form

Lawmakers in both chambers have demanded that IC IG Michael Atkinson explain why he backdated to August secret changes he made to whistleblower rules in September. Atkinson is stonewalling them, which is a weird thing to do if there’s nothing to hide. https://t.co/nN2tZDaz2W

Now the DS is getting desperate with the fake impeachment, remember it is not an impeachment proceeding there has no vote, they held hearings in SCIFS, the sent out fake subpoenas, and now

These people are stupid.

Now we find out that the

The Transcript Has Already Been Released, Second ‘Whistleblower’ Has Nothing

EXCLUSIVE: President Trump’s AG Barr Did Not Inform US Embassy in Rome of His Trip to Italy Last Week the New York Times wrote on Sunday, citing two sources according to which they were “surprised” to discover that the Attorney General had circumvented the protocols in the organization of his mission, during which he met with political officials and Italian services.

These sources are actually highlighting how little the president’s men trust their officials.

So what are Durham and Barr doing, they are  traveling around the world talking to sources themselves. Some of the Intel agencies have been compromised and they want to make sure they get the information directly from the source

Then LG gets the ok to  move everything forward with the Ukraine investigation,  he tweeted out the following

Have heard on numerous occasions disturbing allegations by @RudyGiuliani about corruption in Ukraine and the many improprieties surrounding the firing of former Prosecutor General Viktor Shokin.

Given the House of Representatives’ behavior, it is time for the Senate to inquire about corruption and other improprieties involving Ukraine.

Therefore I will offer to Mr. Giuliani the opportunity to come before the Senate Judiciary Committee to inform the committee of his concerns.

Prince Andrew is getting caught up in his lies, first he denied everything, saying this wasn’t him in the photo and now he is

Prince Andrew pictured with Virginia Giuffre Roberts, who says she was forced to have sex with him

We know that Brunel was on the run but he was located by the police, he is now

Jeffrey Epstein associate Jean-Luc Brunel is cooperating with prosecutors in Paris on their investigation into the pedophile, claims his lawyer

Who knows where the bodies are buried

We may be in the process of leaving Syria, but in no way have we Abandoned the Kurds, who are special people and wonderful fighters. Likewise our relationship with Turkey, a NATO and Trading partner, has been very good. Turkey already has a large Kurdish population and fully….

….understands that while we only had 50 soldiers remaining in that section of Syria, and they have been removed, any unforced or unnecessary fighting by Turkey will be devastating to their economy and to their very fragile currency. We are helping the Kurds financially/weapons!

Devin Nunes: “Corn ready for to be cut!”

Then nunes posted a pic of a tractor, we are ready to harvest 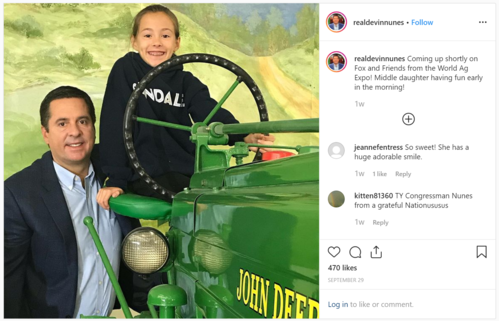 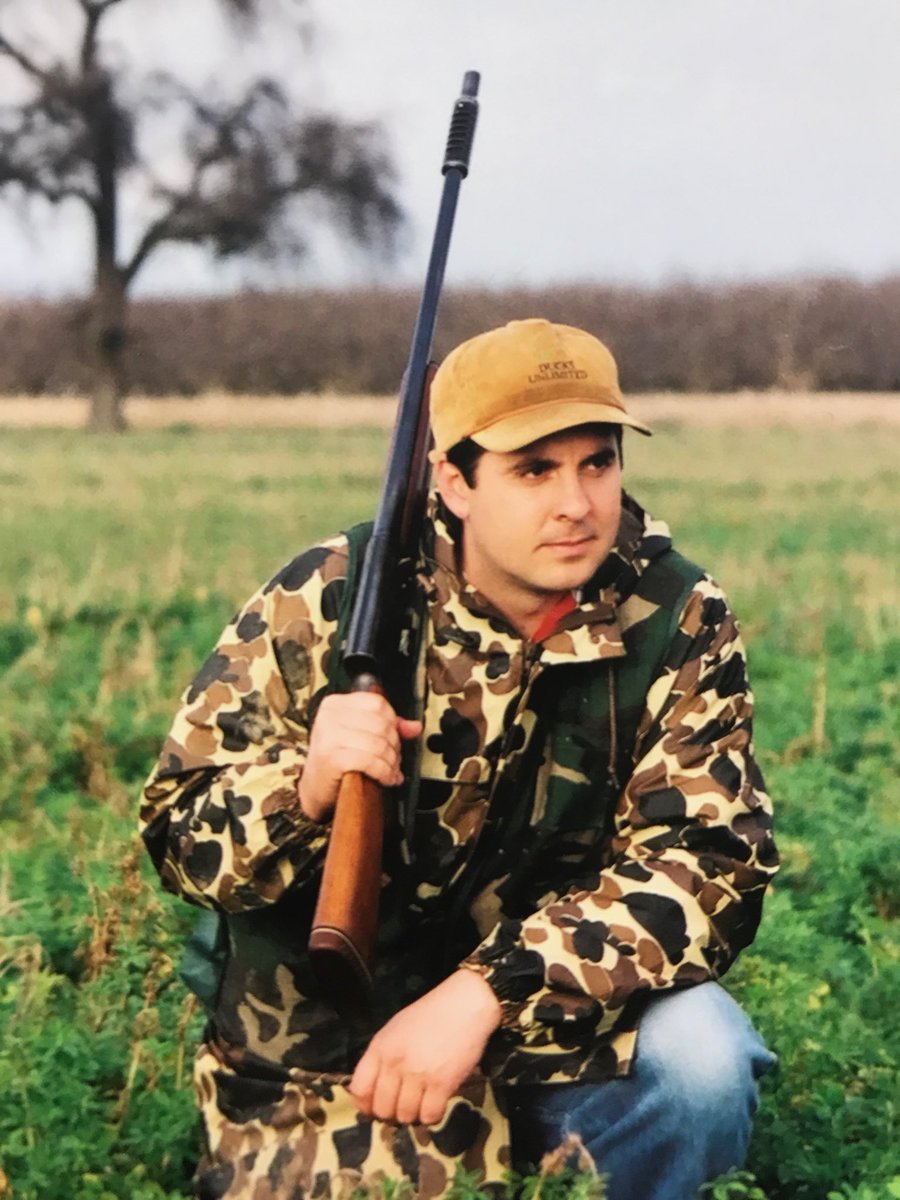 Targets may be closer than they appear.
Hunters become the HUNTED.
Q

Nunes tweeted out the following

President Trump Warns of ‘the Calm Before the Storm’ During Military Meeting – OCTOBER 6, 2017

U.S. President Donald Trump and first lady Melania Trump pose for a picture with senior military leaders and their wives before a social dinner at the White House on Oct 7, 2019 in Washington, DC.

Remind anyone of anything? pic.twitter.com/TEUvpQkYmv

One thought on “Message Received, The Storm Is Here, It’s Happening, Time To Harvest – Episode 1990”