BJ is now fighting against the same thing Trump has been fighting, leaks. BJ says the leaked BREXIT report is nonsense. UK Diplomats are now resigning over BREXIT. Trump once again is showing the people that he control the economic narrative, phase I of the trade deal is moving along. Manufactures are returning to the US, since Trump reduced taxes removed regulations we see a spike in Manufactures returning to the US. The [CB] are trying to control the narrative but it is failing. The [DS] is in a panic, DC is in a panic, the fake impeachment is not going to help their agenda, it is going to have the opposite effect. RG visits Ukraine during the fake impeachment hearing, presents new evidence, says US and Ukraine should work together to stomp out corruption. Ivanka Trump sends a message, Q drops more bread and lets us know that DC is panicking.

China to Waive Tariffs on Some US Soybeans, Pork in Goodwill Gesture 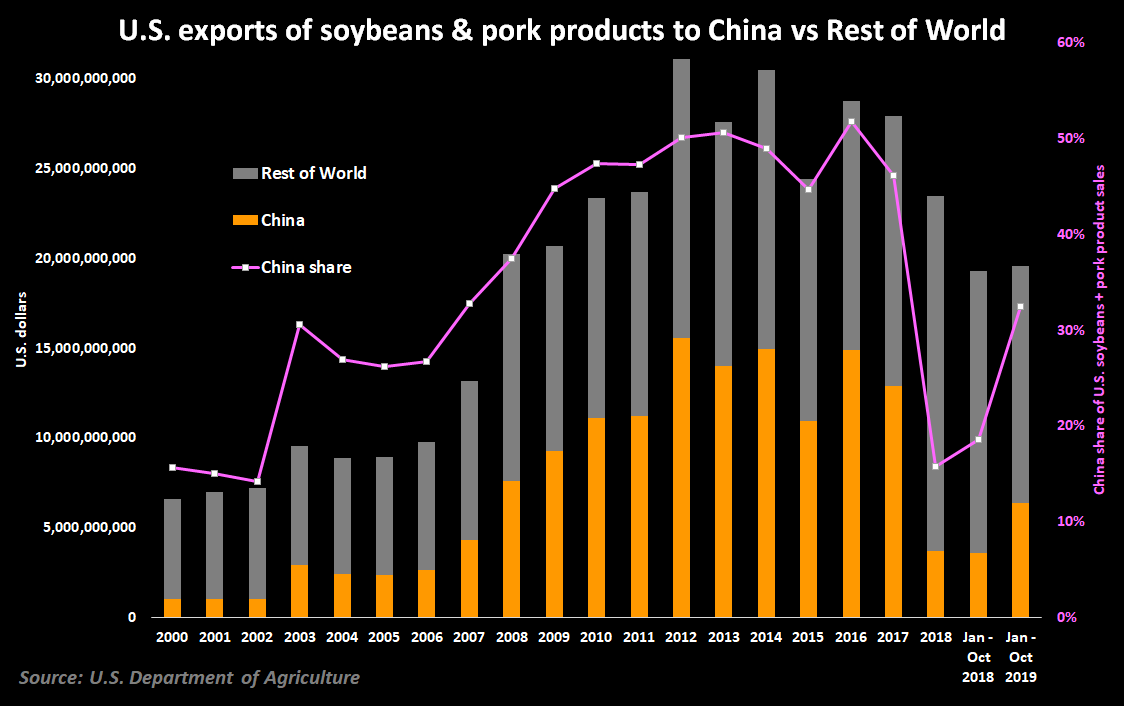 Fed is ‘super-glued’ to its seat until after the election, economists say after stellar jobs report

Messages are being sent to all, it is now Hammer time, we will be talking about this a little later, RG is now pushing the envelope he is moving full speed ahead with Ukraine and was visiting Ukraine this past week, its time. The [DS] is now pushing multiple events, they are panicking, the low level swamp, mid level swamp is in the process of being drained and now we are reaching that time when the next level of the swamp is going to be drained, but first lets talk about AOC spreading fake information.

Here’s how journalists can reach the undecided. https://t.co/m3xL5fy2dr

If you still need proof that the mainstream press is biased against the President, look no further.

It’s not journalists’ job to change minds. It’s their job to report the facts.

And the facts are on the President’s side. https://t.co/ajcq2AFzYg

BREAKING: Rats Flee Pelosi’s Sinking Ship – 3 Democrats ALREADY Signal No Vote on Sham Impeachment – Only 14 To Go to Shut It Down

Here again is the list of the Endangered 31 Dems:

Art 2, Sec. 3 of the US Constitution obligates the President to investigate and ask for investigations of corruption in countries we provide funds to.

Who ever heard of a president being impeached for carrying out his constitutional mandate?

The president’s actions have seriously violated the Constitution, especially when he says and acts upon the belief ‘Article II says I can do whatever I want.’ No. His wrongdoing strikes at the very heart of our Constitution. A separation of powers, three co-equal branches, each a check and balance on the other.

Look, Article II, I would be allowed to fire Robert Mueller. Assuming I did all of the things, I said I want to fire him. Number one, I didn’t. He wasn’t fired. Number one, very importantly but more importantly, Article II allows me to do whatever I want. Article II would allow me to fire him. I wasn’t going to fire him. You know why — because I watched Richard Nixon firing everybody and that didn’t work out too well.

Doug Collins has demanded according to the rules a day for a  minority hearing. Here is his letter to Nadler

Laura Ingraham: Well my sources tonight told me that what Schiff did and his committee was he went to one of the cell phone companies, ATT, yes… They had some numbers. They didn’t know whose numbers they were. They asked them tell us what these numbers have been engaged in. What calls these numbers have been making and placing. They took that information. They went to the NSA. The NSA aka “Deep State” then gave them the information that it was Rudy and others… That is from extremely reliable sources.

In reviewing my notes, it seems to me that a large scale joint investigation into Ukraine and the US would uncover and recover billions stolen by crooks, from both countries, at the highest levels.

This would be the most effective way to bring our two countries together.

Judicial Watch announced  that U.S. District Judge James E. Boasberg denied a Justice Department effort to block the release of any communications between former FBI General Counsel James Baker and Michael Sussmann, a Perkins Coie law partner and former DOJ attorney, who reportedly met with Baker to share information targeting Donald J. Trump during the presidential campaign. While at Perkins Coie, Sussmann represented the Democratic National Committee (DNC) and Hillary Clinton’s campaign during the time Perkins Coie secretly paid for the development of the anti-Trump dossier the DOJ used to obtain FISA warrants to spy on the Trump campaign. The court specifically rejected the FBI’s argument that it needed to protect the “privacy” of Hillary Clinton’s lawyer.

Last year, when I spoke to Twitter reps, they lied and gaslight us about their targeted manipulation of people’s tweets. Now it’s in their new TOS. https://www.xbiz.com/news/248768/twitters-new-terms-of-service-effective-january-reserves-right-to-shadowban … nu, @RubinReport, we’re waiting for an alternative 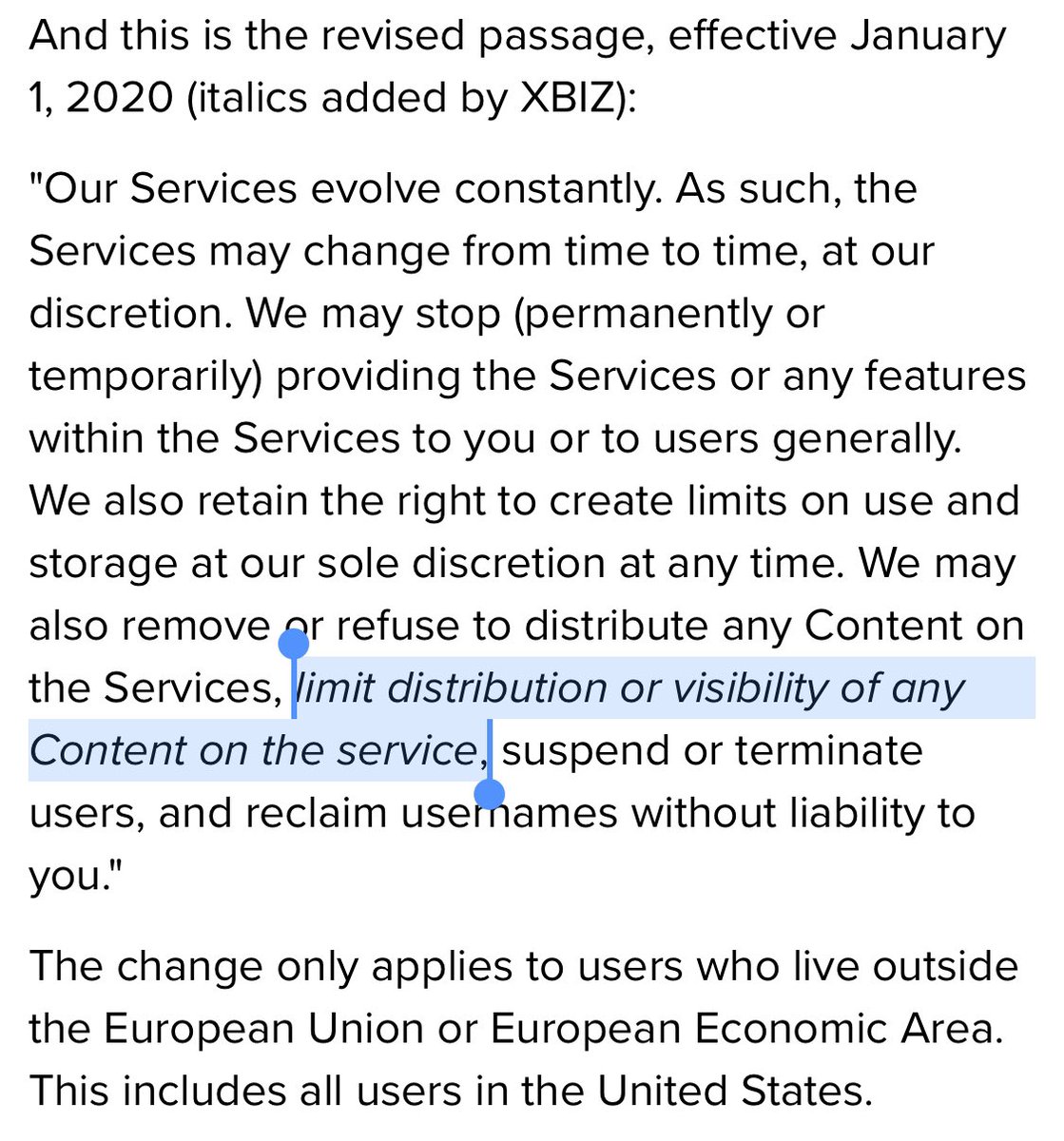 So they are not going to accept political ads for the 2020 election and just like we talked about they are going to reduce visibility for certain candidates and others that are countering the fake news.

The story today that we are sending 12,000 troops to Saudi Arabia is false or, to put it more accurately, Fake News!

BREAKING: U.S. Navy reporting that 2 people are dead including the shooter at Pensacola Naval Air Stationhttps://t.co/8Y5JkvNAG9

The shooter is confirmed dead.”A U.S. official says the suspect in the shooting at the Naval Air Station in Pensacola was an aviation student from Saudi Arabia. Authorities are investigating if the shooting was terrorism-related.

King Salman of Saudi Arabia just called to express his sincere condolences and give his sympathies to the families and friends of the warriors who were killed and wounded in the attack that took place in Pensacola, Florida….

….The King said that the Saudi people are greatly angered by the barbaric actions of the shooter, and that this person in no way shape or form represents the feelings of the Saudi people who love the American people. 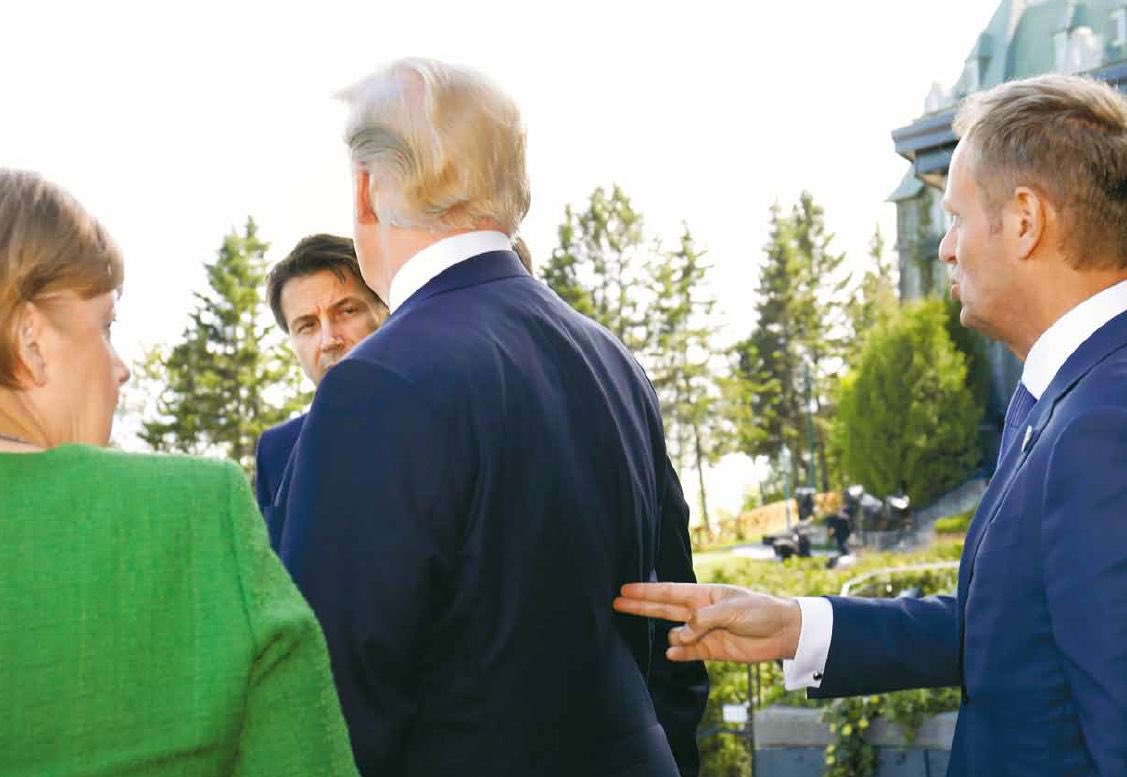 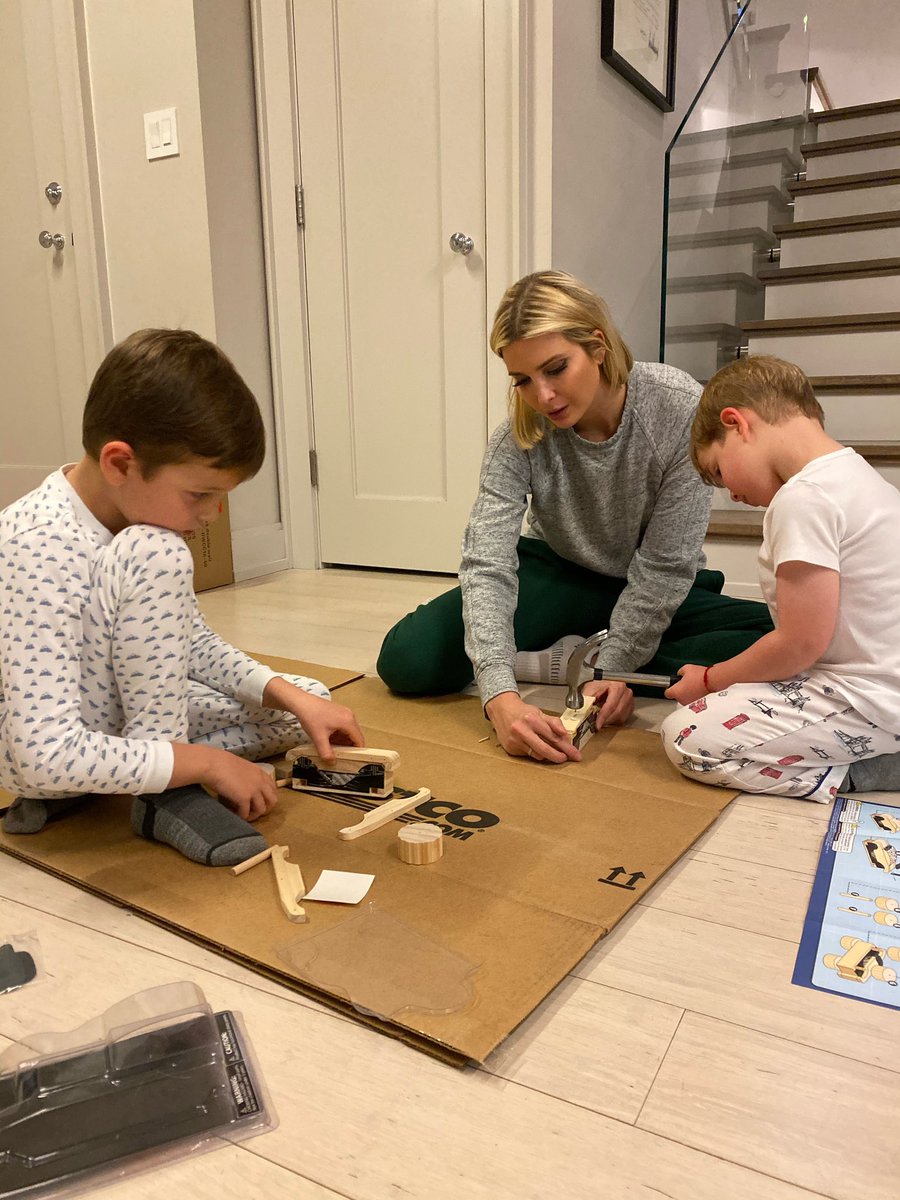 https://thehill.com/hilltv/rising/419901-fbi-email-chain-may-provide-most-damning-evidence-of-fisa-abuses-yet
What do you want for XMAS?
Q 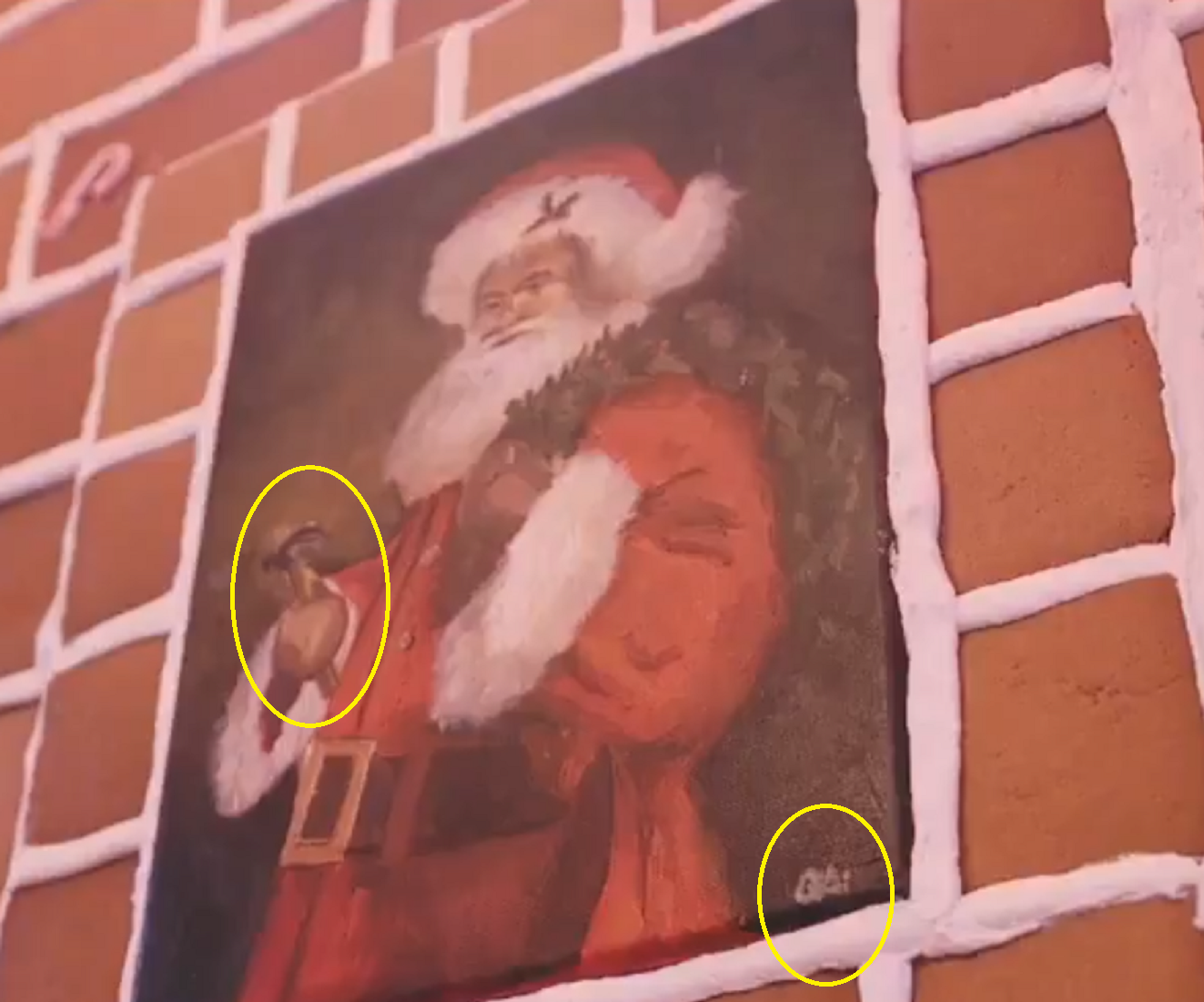 People actually believe those responsible for stealing billions of US taxpayer dollars will actually go unpunished?
“This is not simply another four-year election.” – POTUS
Q